Is it not odd somehow that with the jump of just one second to the next a year filled with events comes to an end? I hope you all had a good New Year's night, of course!

Anyway - around noon today I thought it would be good to head out for an hour or two, and so I packed my camera again. Weather was mostly overcast and a few snowflakes twirled to the ground every now and then, so I limited myself to capturing stationary trams, as the lighting was too adverse for photographing moving objects. I soon found that the duty rosters appeared to be back to normal - line 12 was served by NGT8 cars again, and line 16 with NGT12 ones. Earlier today I was thinking of another possible explanation for the change between Christmas and New Year: Apparently there have been repeated riots in the southern borough of Connewitz during this period for the past few years, which led the LVB to deactivate and secure all outdoor ticket machines over New Year. I could well imagine they would not want to risk their newest trams on any of those lines crossing or at least touching Connewitz, and thus decided to reshuffle their duty rosters accordingly. However, according to the news this morning all remained quiet down there last night. 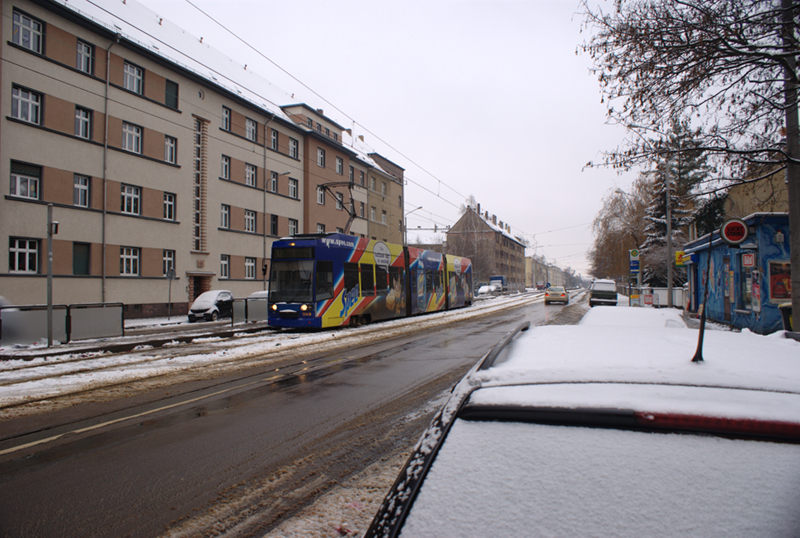 I first walked up VirchowstraÃŸe, a few minutes from our place. At the GottschallstraÃŸe stop (that street intersecting VirchowstraÃŸe about fifty or so metres behind this spot) I captured NGT8 set 1149 "Friederike Caroline Neuber" on line 12 to Technisches Rathaus - suitably advertising for a washing agent, considering the dirt and slush evident on the ground in this image and the fact that many a stomach might have been emptied the wrong way on New Year's Eve!

After that I caught the next tram heading the other way to Gohlis-Nord and returned on it to the city, riding right down to Technisches Rathaus. There, the car I was riding on switched to the 4E line and headed back to Central Station. 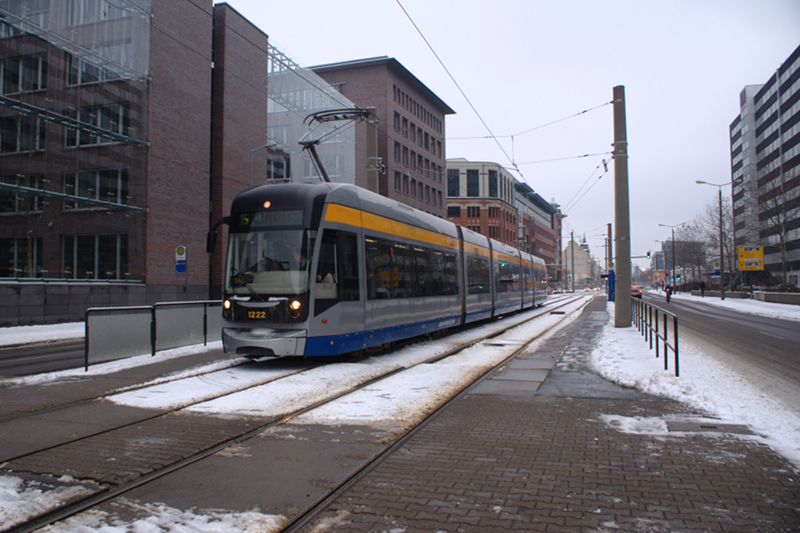 This here was the Gutenbergplatz stop, just southeast of the city centre on Prager StraÃŸe. The brick building in the background is called "Haus des Buches", and the tram is car 1222 "Bologna" on its way to Miltitz on line 15.

As it was cold and I had not had any lunch, I then returned to Augustusplatz on the next line 12 service to come along, and got myself some food. Luckily there are more than enough eating places in Leipzig for all tastes! 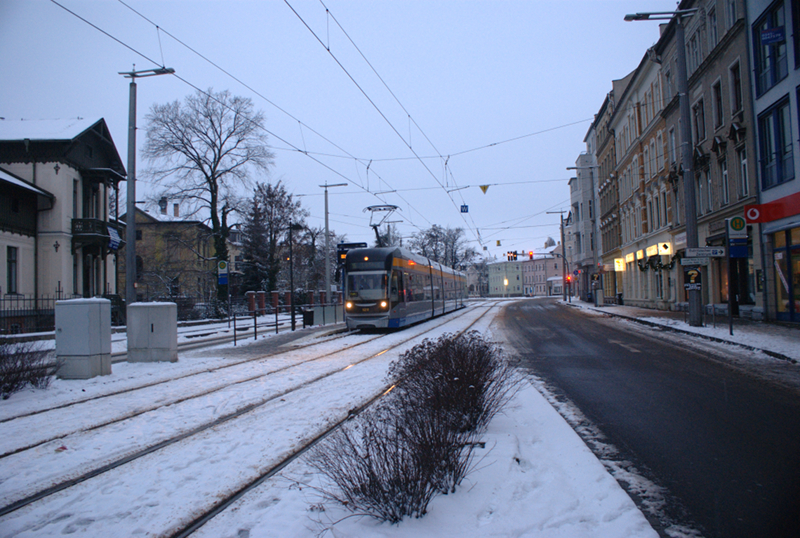 I was initially planning to ride up the 4 line to Landsberger StraÃŸe afterwards, but as the light was fading I called it a day and headed home - tomorrow'll be another day after all. At Eutritzscher Zentrum, more or less halfway up Delitzscher StraÃŸe, I rounded off my trip by capturing NGT12 set 1211 "Munich" which was on its way to LÃ¶ÃŸnig on line 16.