The white sticky labels have been in the printer again this evening !

This time to make some Railfreight cab side logos.

I have also applied numbers. I had some white vinyl letters that I used on the 25 so rather than getting black ones I used a permanent marker to colour them in, before peeling them of the backing sheet! 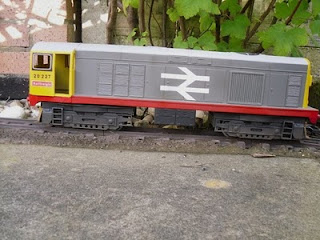 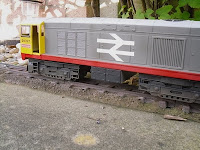 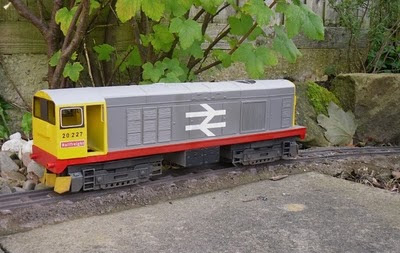 This side has also had the white window frame added but the black needs some tidying up at the edges still.