Despite my status update earlier, I'm still planning an extension, not just a fiddle yard. Here's my latest plan after a thought struck me earlier. It occurred to me that my abnormally-shaped plan for my extension would be hell to transport! So, I took the original layout and mirrored it and came up with this:

This design allows me to stack the two boards on top of one another. I'd have to create a squared off section for the original board to make it easier to connect the two boards. The join would be approximately where the tail fin of the seaplane is. The controls will be concealed in the hangar at the bottom of the diagram. Not sure what I'm going to do with the backscene though. Coincidentally, the plan looks like a pair of binoculars - definitely fits into the RAF theme!

Oh, and while I'm here, here is a photo with the second layer of paint on the seaplane: 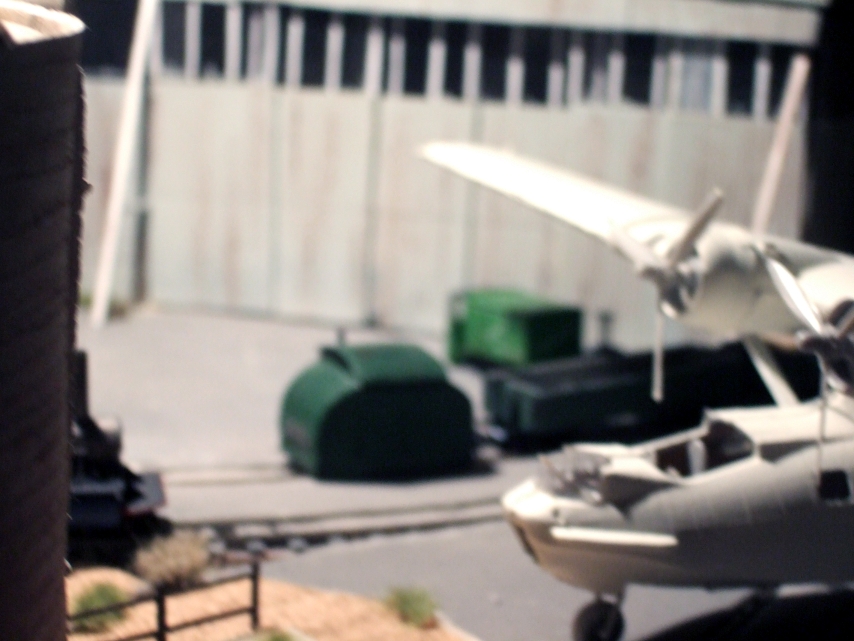 I'll be interested to hear your point of view on the extension plan. I'm not sure how accurate the plan is because it is not drawn to scale, but it should give a general idea. The big green rectangle is a sports field for the RAF base. Also visible is the standard gauge platform and also the NG engine shed (based upon the one at Eaglehurst).