I have been thinking about an idea for a "flexible" layout. This is still very much developing, and what you see here is not an actual trackplan, but an illustration of the concept. The basic idea is a layout where selected drop-in modules can be removed and replaced with other modules. So a particular cameo, building or siding can be exchanged with another cameo, building or siding – thereby changing the look of the layout. This in turn allows for variation in rolling stock and operation. 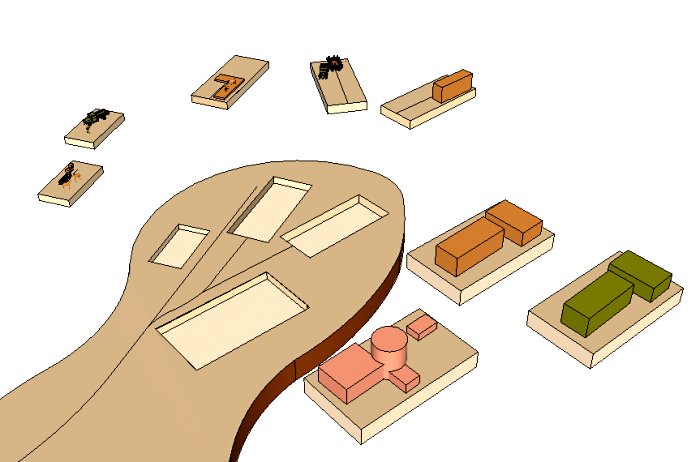 Ultimately, such a concept gives endless possibilities of varying a layout from one operating session to another. 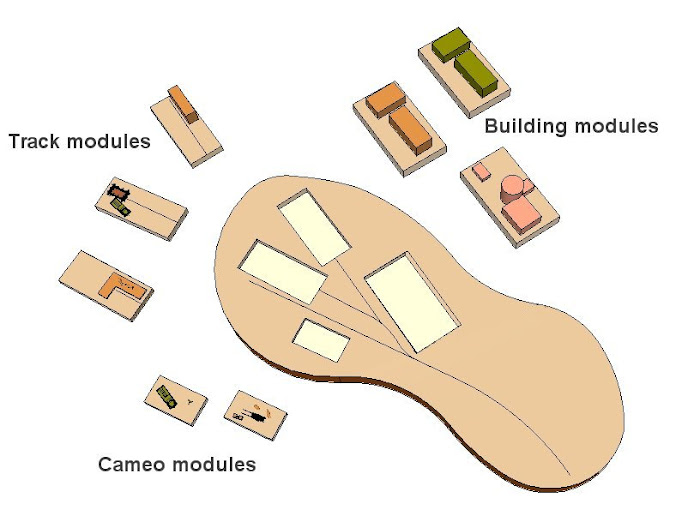 In my case, though, the aim would be to have a layout that can capture a little of the way in which a railway scene changes over time. 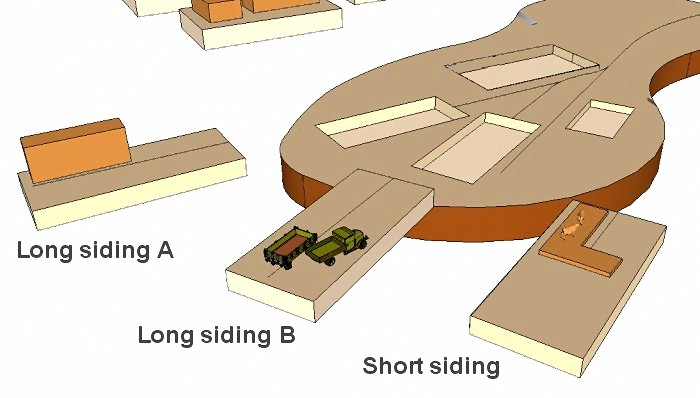 In real life, sidings also frequently changed their length and purpose over the years, as stations were rebuilt, trackplans changed etc 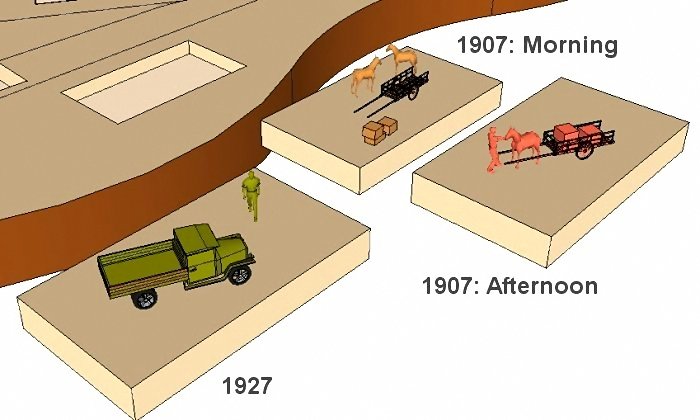 I also like the idea of having the layout change over the course of a single day. Exchanging one lineside diorama for another could be used to indicate that we have now passed from morning to afternoon. 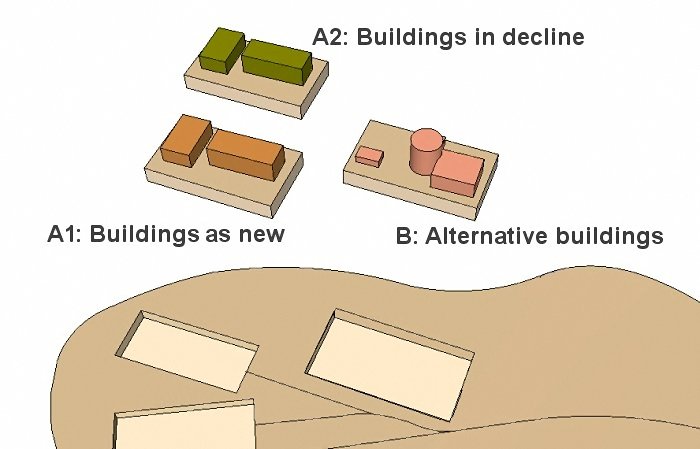 Buildings and their immediate environments could also be prepared as individual dioramas and then used on the layout as appropriate. It would be interesting to buy a couple of ready-to-plonk buildings and then have one in pristine state while distressing the other one, in order to show the passage of time. 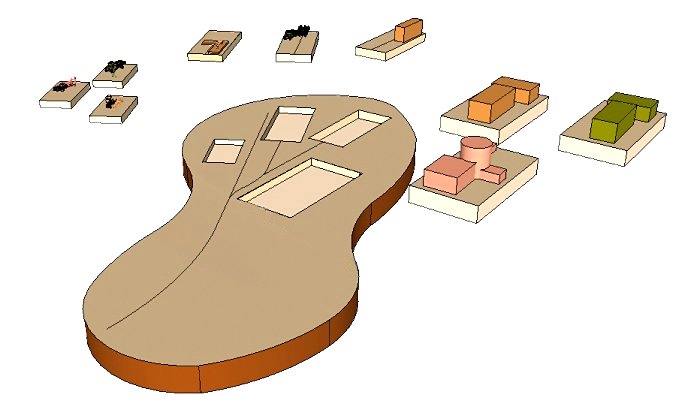 The layout could be designed to be viewed from all sides. That would add to the feel of an "interactive" scenery.

Anyway, it would be interesting to hear if people think it is actually feasible? Joins will clearly be the big issue. But I'm sure something similar has been tried before, so if there are any thoughts or experiences out there I'd be happy to hear them.