As mentioned in the previous blog entry, I've been restoring a small collection of secondhand scratchbuilt 4- and 6-wheelers. I should point out that I'm cutting some corners here: The premise for this project has been to see what I could do with the coaches with simple means and materials, and without breaking them down into their constituent parts and starting over. 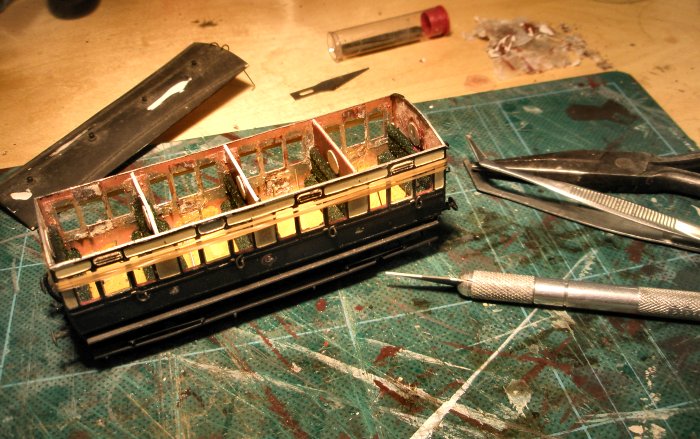 First job was to remove the rooves and discard the glazing and droplights, which were beyond saving. The coaches have etched brass sides, but have been assembled with glue. However the original builder did it properly and only the coach seen here (another First to dia R1) needed a bit of reinforcement in the corners. 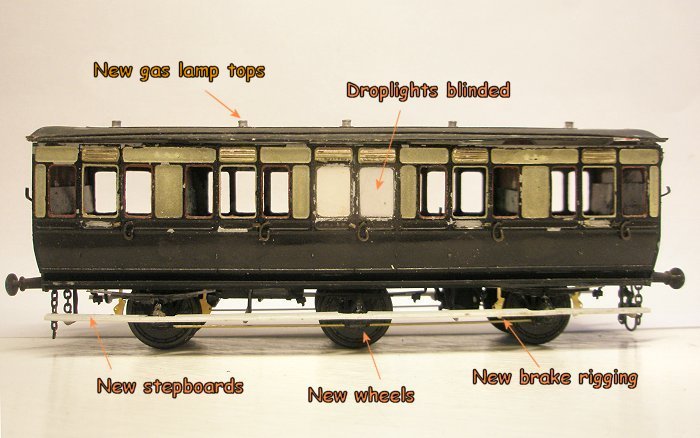 This 6-wheel First/Second Compo to diagram U16 was restored some time ago. Most of the repairs are hopefully self-explanatory. The coach was built with droplights in the luggage doors, which it shouldn't have. This mistake is probably due to an error in Russell's Great Western Coaches vol 1 (p47). Fortunately I have a copy of the Newsletter of the Great Western Study Group No. 51 (1996), which includes an invaluable list of known errors in the Russell volume. 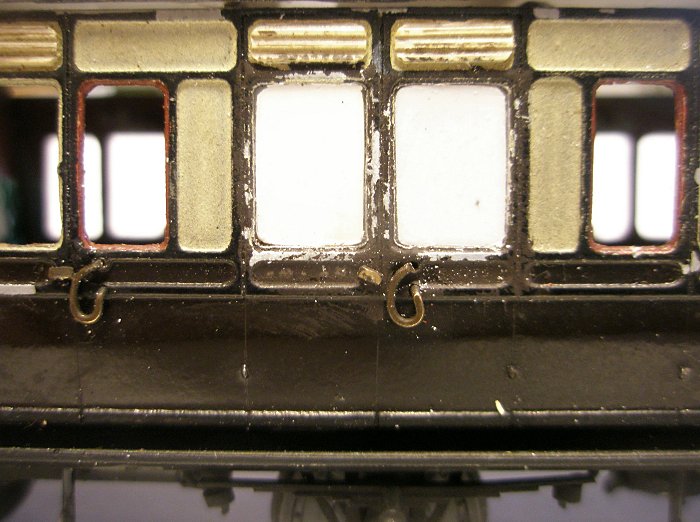 The windows were blinded with plastikard filed to shape. A bit tricky, but filing and fitting can be a strangely pleasing exercise, I find. 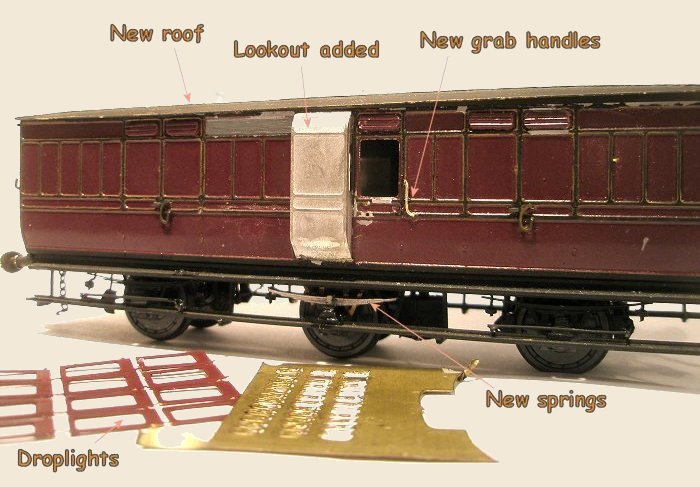 This 6-wheeler was originally a W3 parcels van. Certainly an interesting prototype, but I already had a W1 parcels van and didn't really need another. So feeling a bit reckless I converted it to a V13 PBV, which as far as I can see has virtually the same dimensions. The main difference was that the V13 had guards lookouts, and I found some in an old K's kit that happened to have the right measurements. I wait with baited breath for someone to tell me that there was some major difference between W3 and V13s that I haven't noticed! (if so please do tell, it has not been painted yet so there is still time to change it back!). 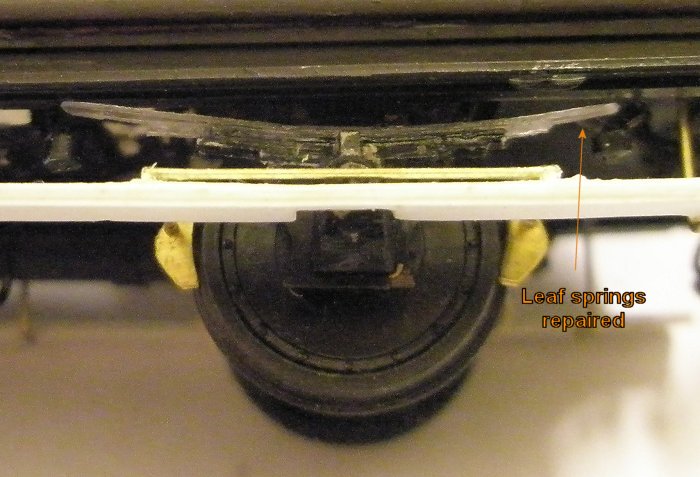 On some of the coaches I added new springs, while on others I repaired the existing ones with thin strips of glazing (the thinnest material I had to hand). I am not sure the latter is totally rational, but then modellers rarely are :-) 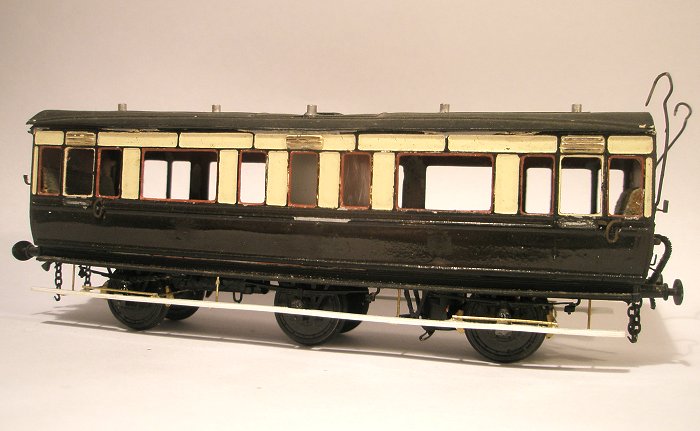 Here we have another unusual beast - a six-wheel saloon to diagram G20, the one that is preserved at Didcot. It is currently receiving the standard treatment of repairs. 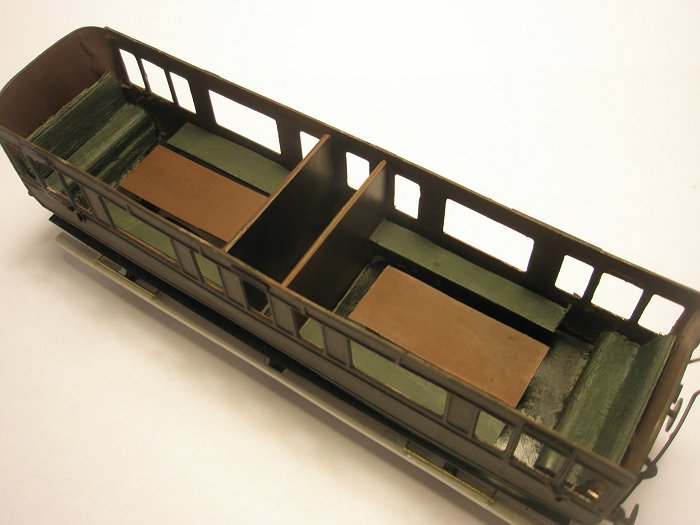 The interior of the G20 Saloon, which has had a new lick of paint. I haven't been able to find any drawings of this diagram, so I am not sure if the arrangement of the seating and tables is correct? 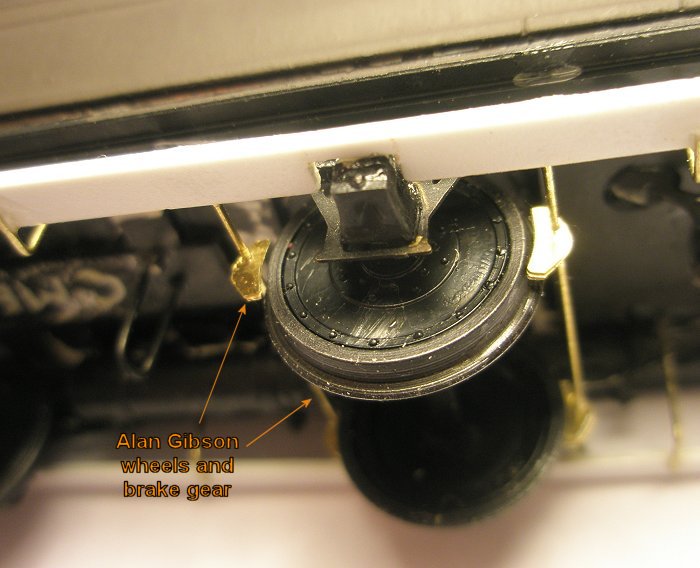 The brake gear has been replaced on some of the coaches. This is of course a simplified representation. In fact, brake gear has for too long been one of my blind spots and I'd like to learn the details better.

That's it for now. So far I'm very much enjoying this work. It may not be text-book modelling, but I find it relaxing and it's nice to breathe some life back into these old models.