Jump to content
How to make sure you still receive your copy of BRM each month. ×

It's been a while since we have heard from the Farthing Station Weekly Discussion Club. Fortunately, the Club continues to meet on a weekly basis to discuss worldly matters.

Recent debates have included the Zulu rebellion, the eruption of Vesuvius, Einstein's theory of relativity, the California earthquakes, the invention of flight, Gandhi's philosophy, the discovery of the South Pole, and the scandalous defeat to South Africa by one wicket.

As always, proceedings are headed by Station Master A. Woodcourt - a resourceful if somewhat cautious man, who not only bears a striking resemblance to the present King, but also plans to surprise everyone by boarding a boat to Brazil after his retirement. But that, as they say, is another story.

And so, to business: 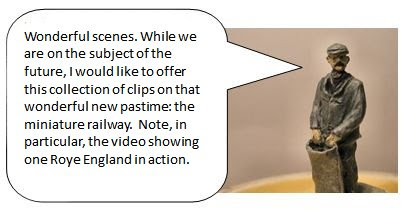 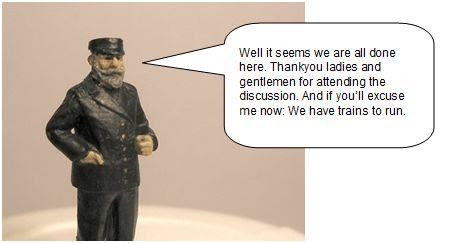 PS: Those rude comments about other companies do not reflect my personal opinion - I'm a great fan of the LSWR and LBSC, but I can't help it if the GWR staff at Farthing are a bit patriotic!