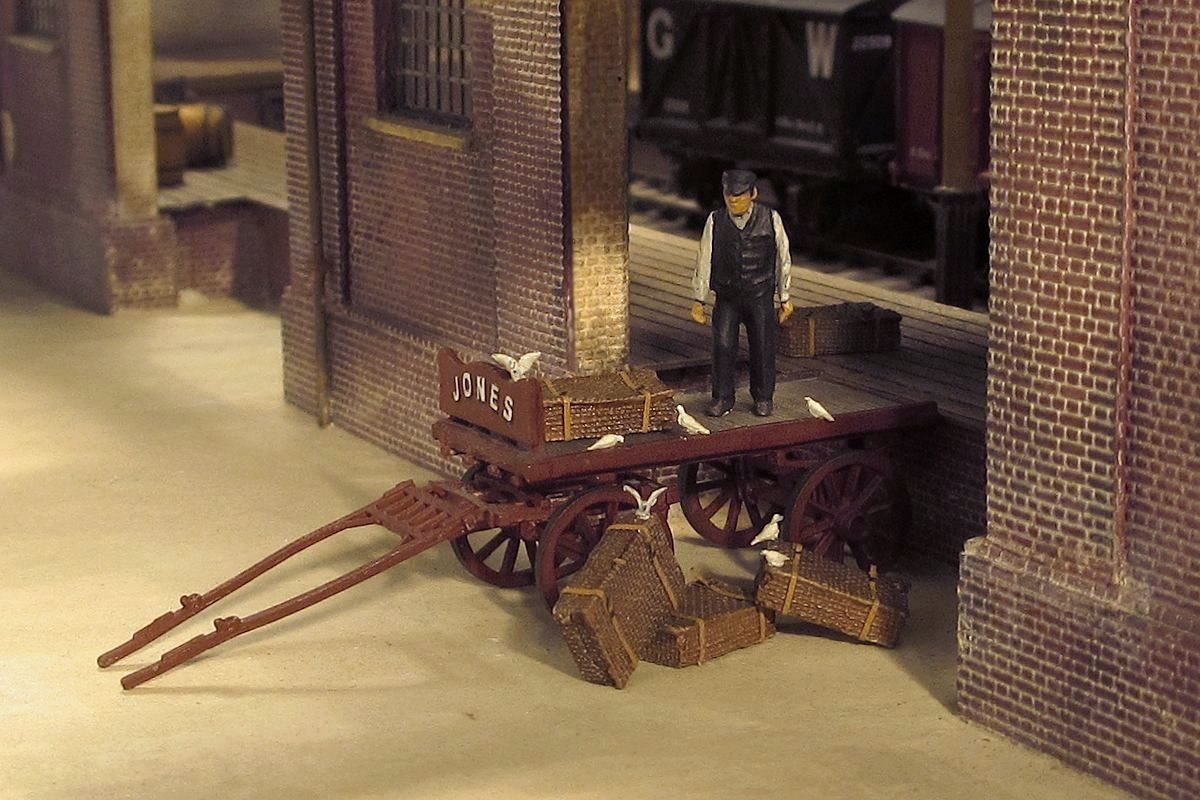 Farthing, 1904. With a rising sense of panic, Goods Porter E. Sparkler stared at the pigeon baskets he had just knocked over. 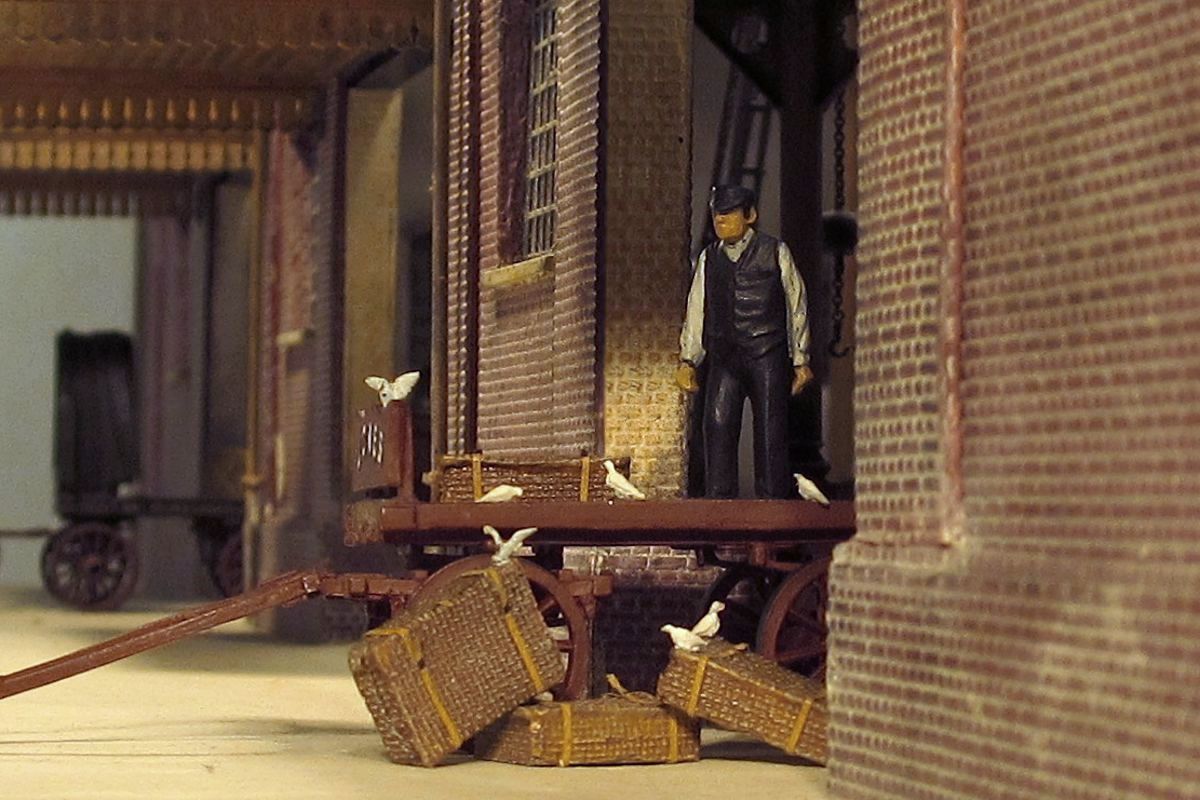 A lid had opened, and the pigeons were escaping. 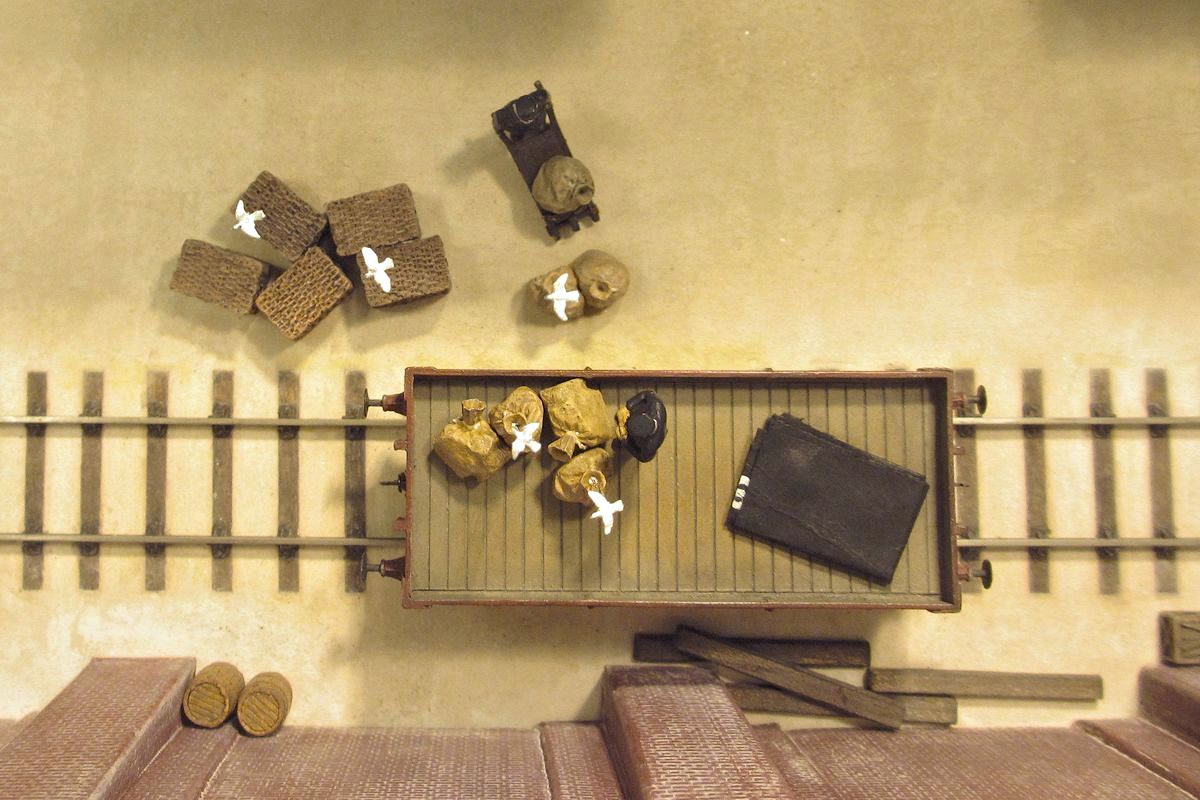 The pigeons soon scattered around the goods yard. 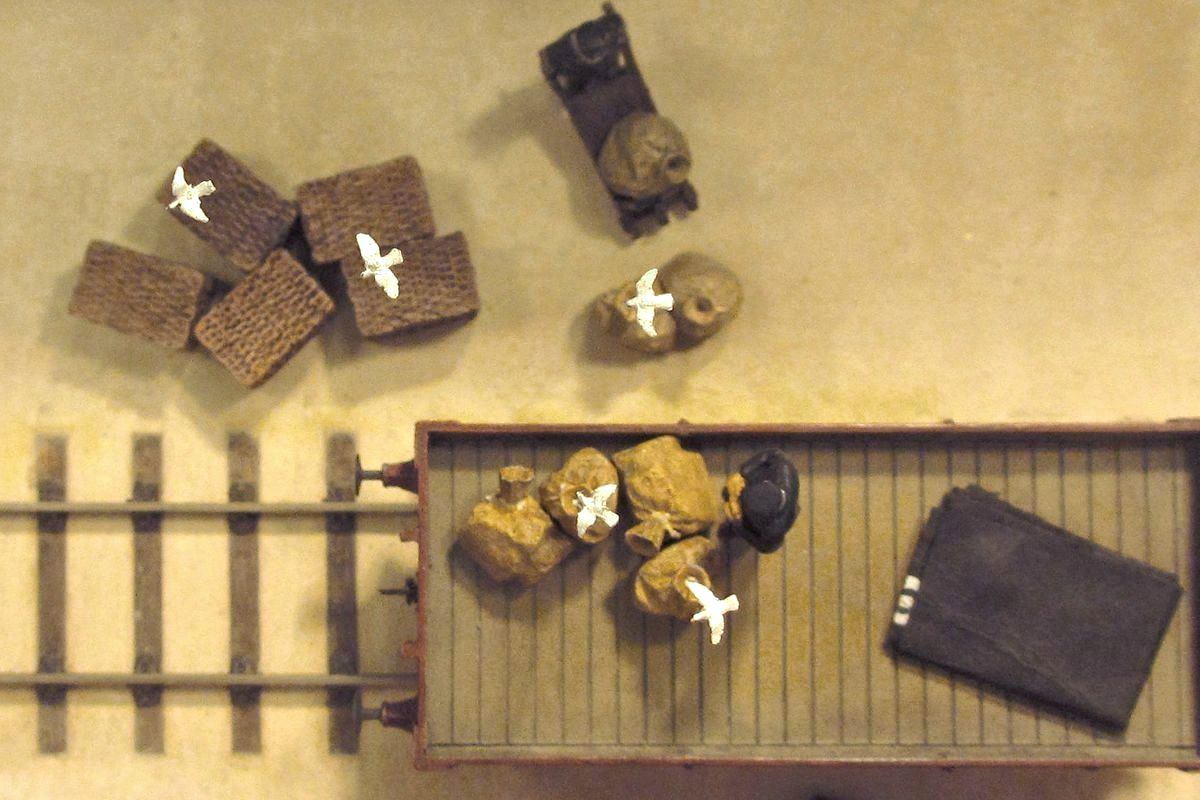 They were white show pigeons, en route to a prestigious event at the London Philoperisteron Society. 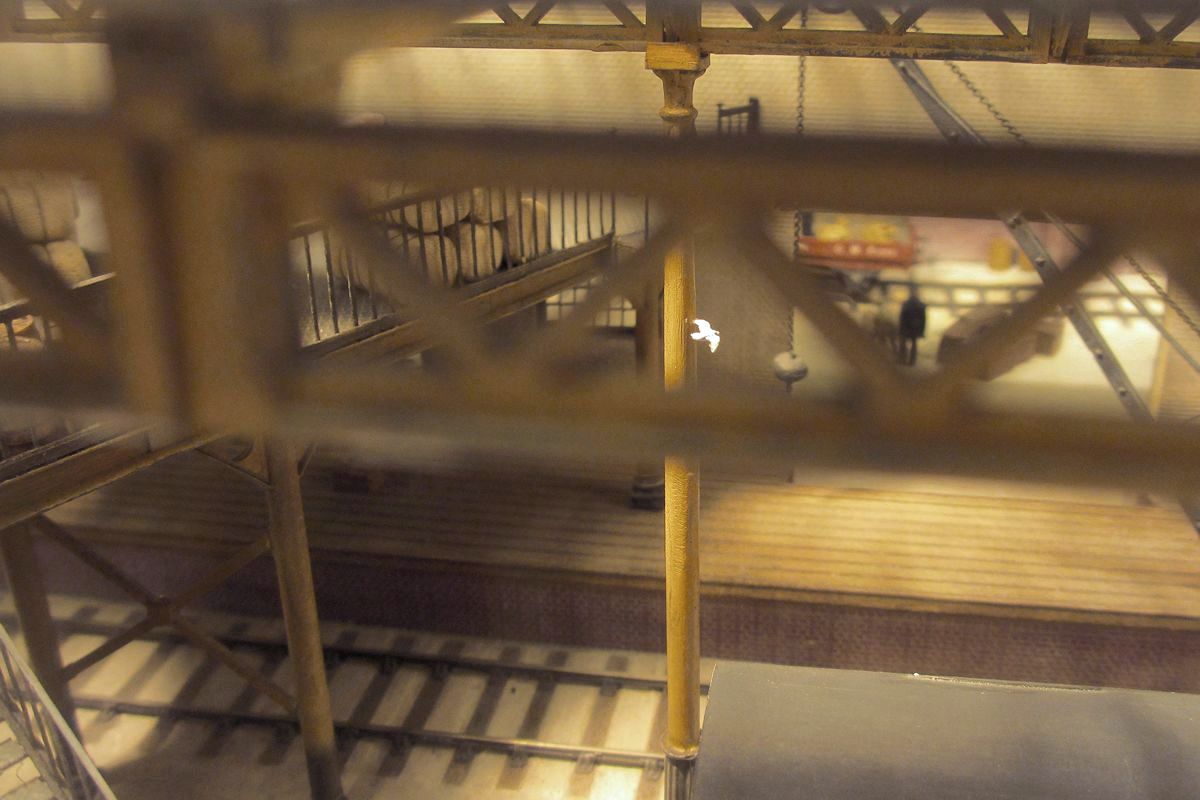 One of the pigeons flew into the goods depot. 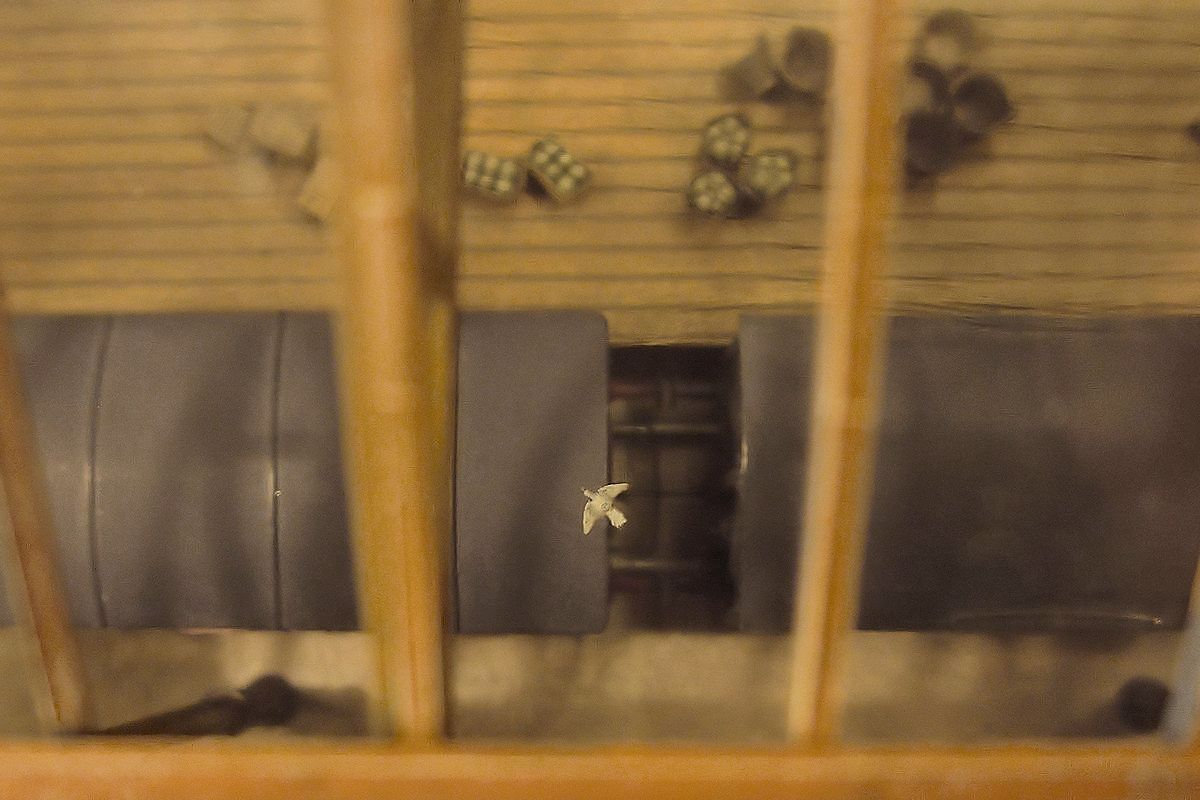 At first it flew aimlessly about... 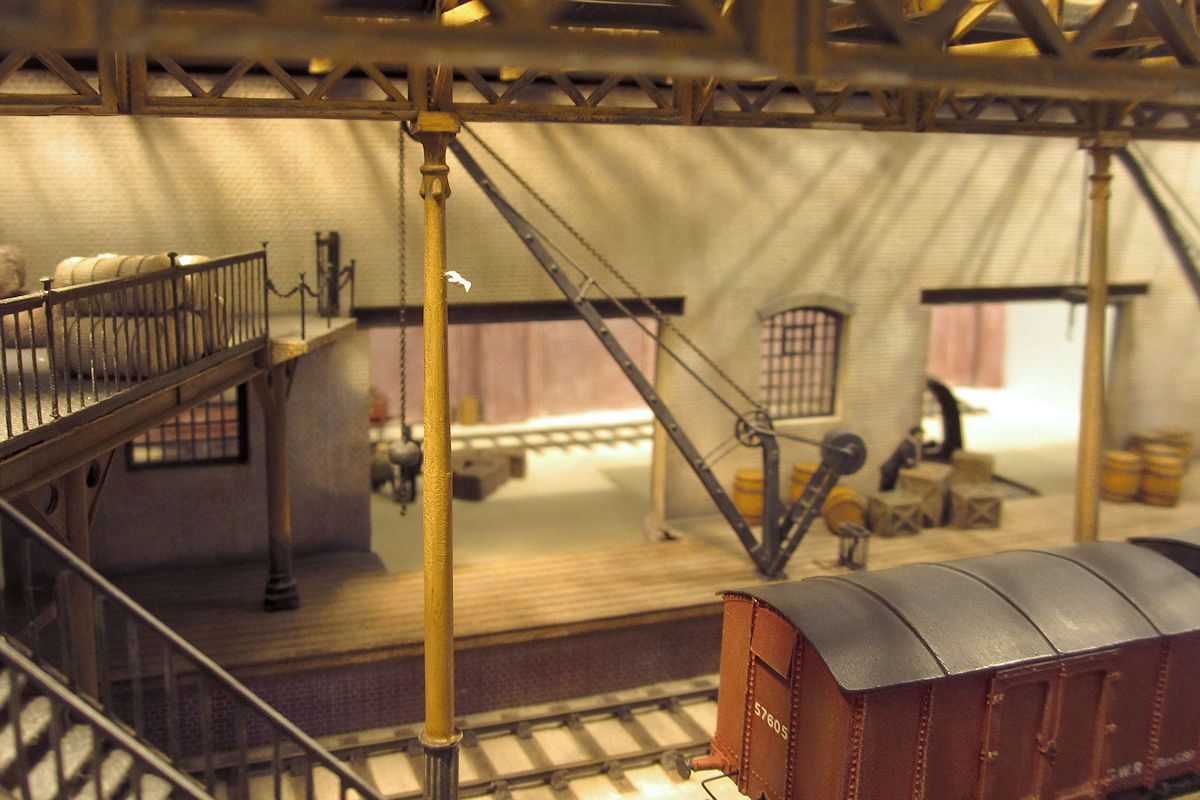 ...then the clouds parted, the depot filled with light and the pigeon seemed suddenly to know where it was going. 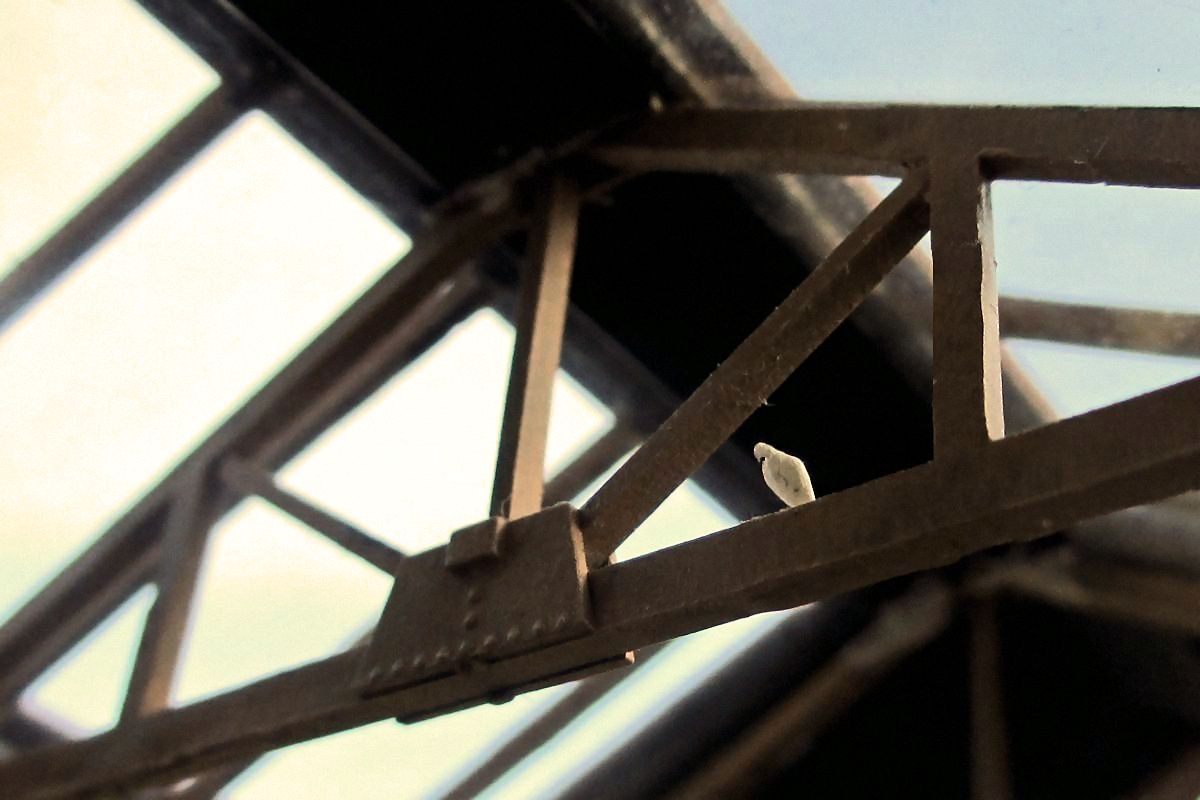 It settled on a roof truss, and immediately relieved itself of a huge dropping… 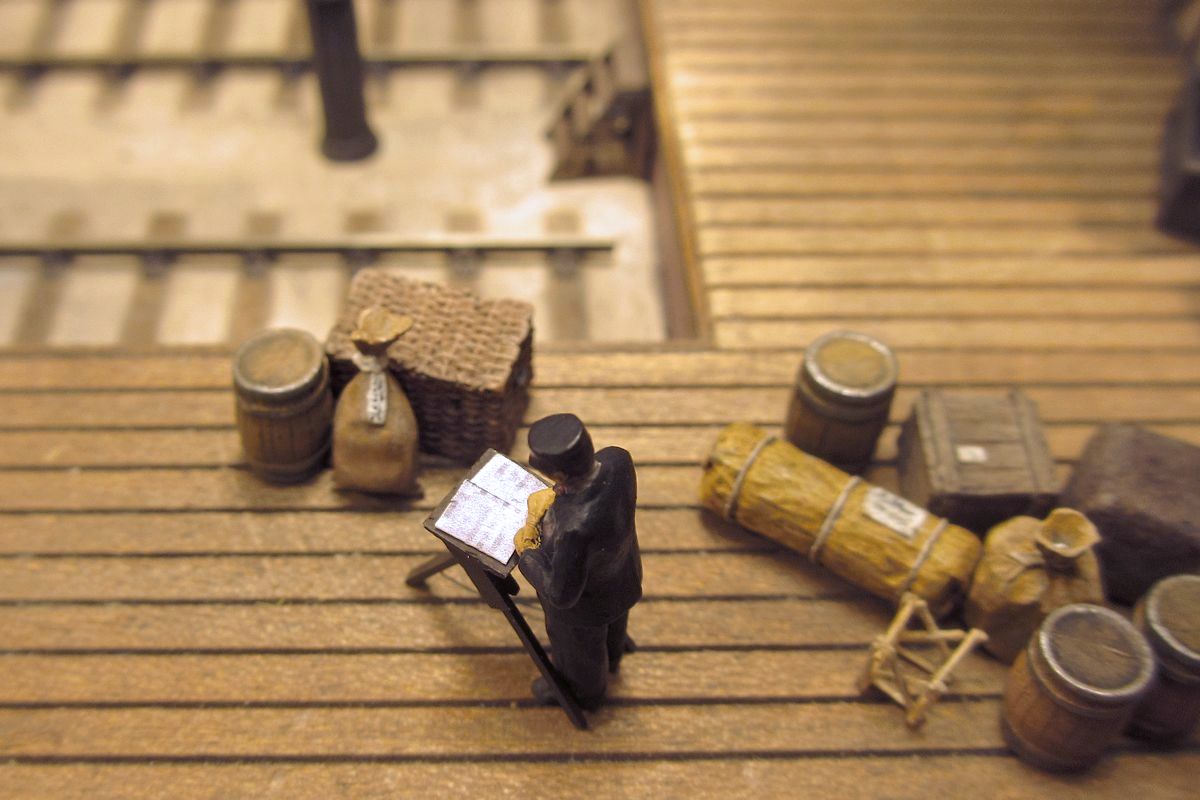 …which fell right into the paperwork….. 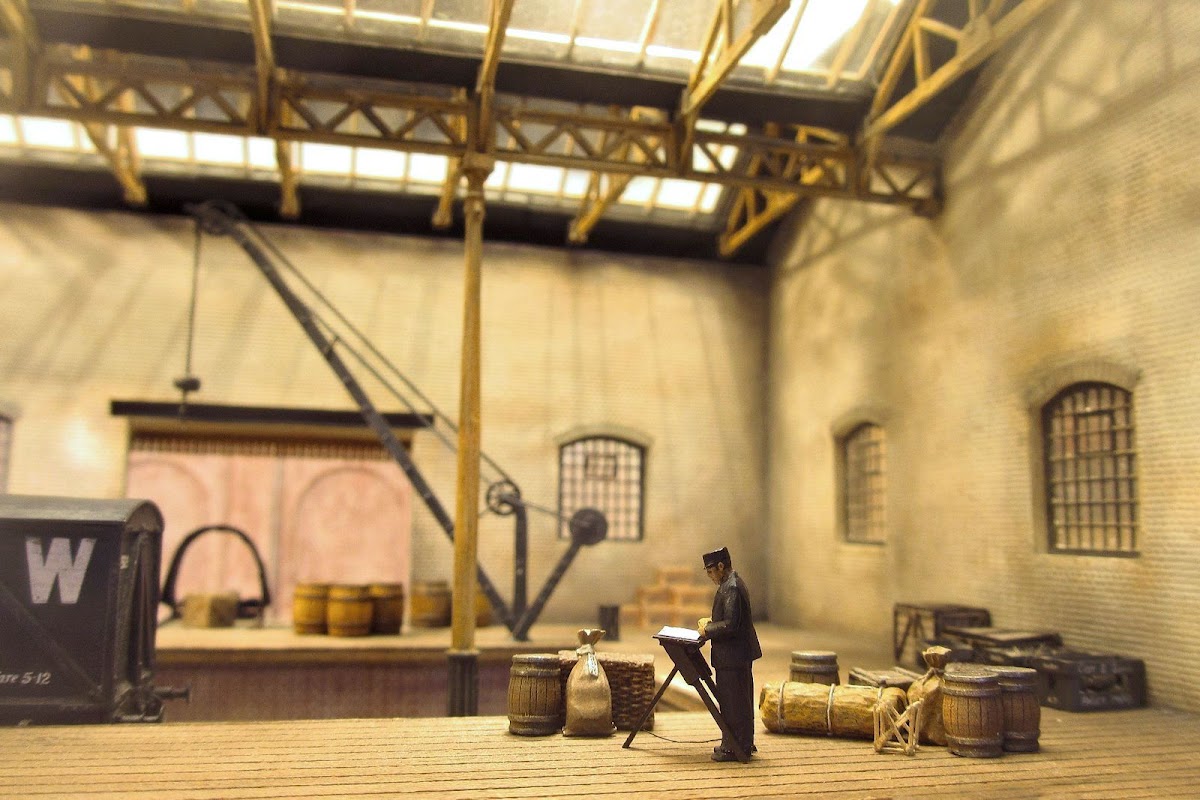 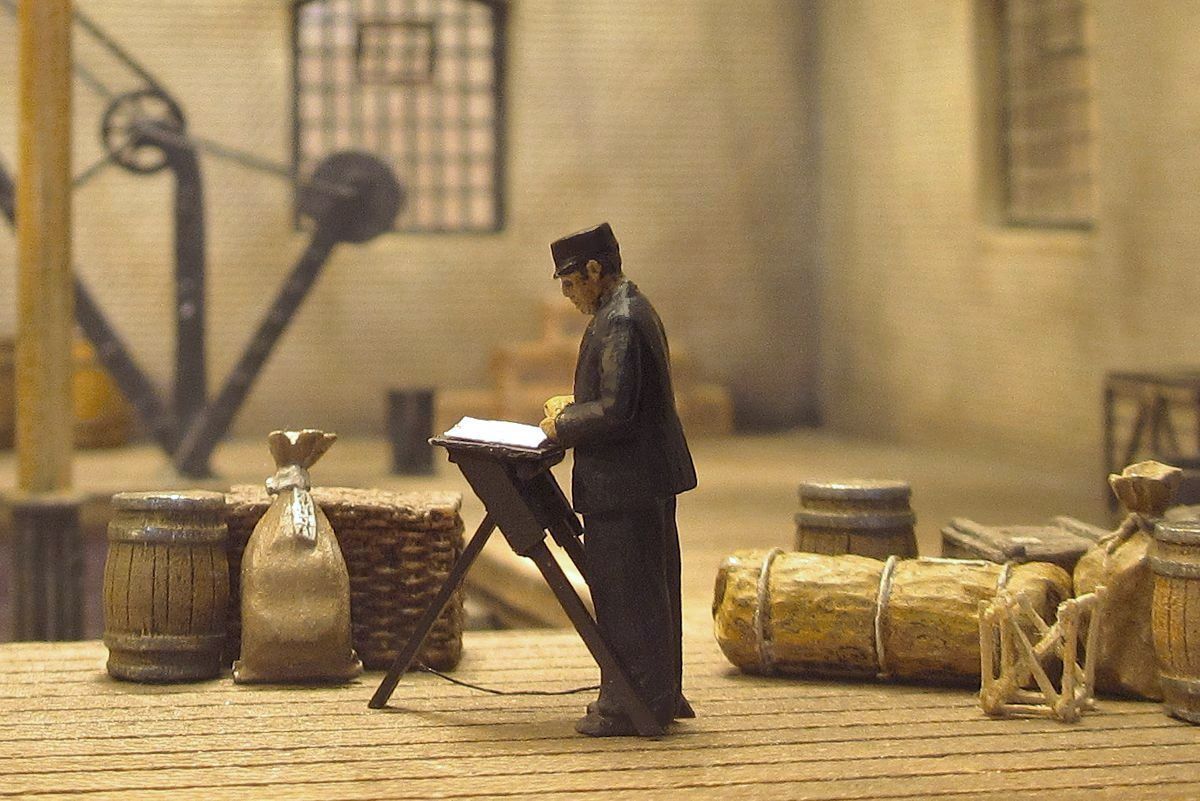 As he hurried to restore his notes, Vemmick unknowingly made a mistake: He recorded a crate as loaded, although in fact it was not. 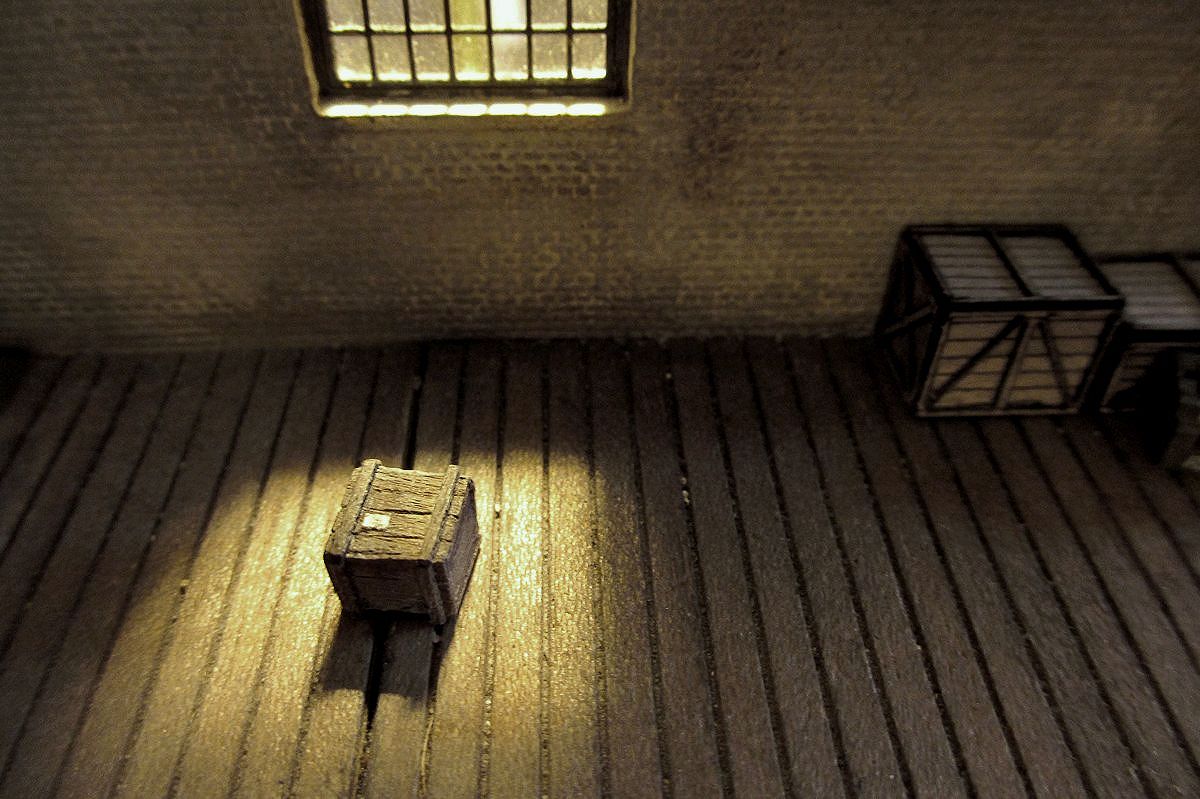 As a result the crate was left behind, and despite the best intentions of the GWR goods handling system…. 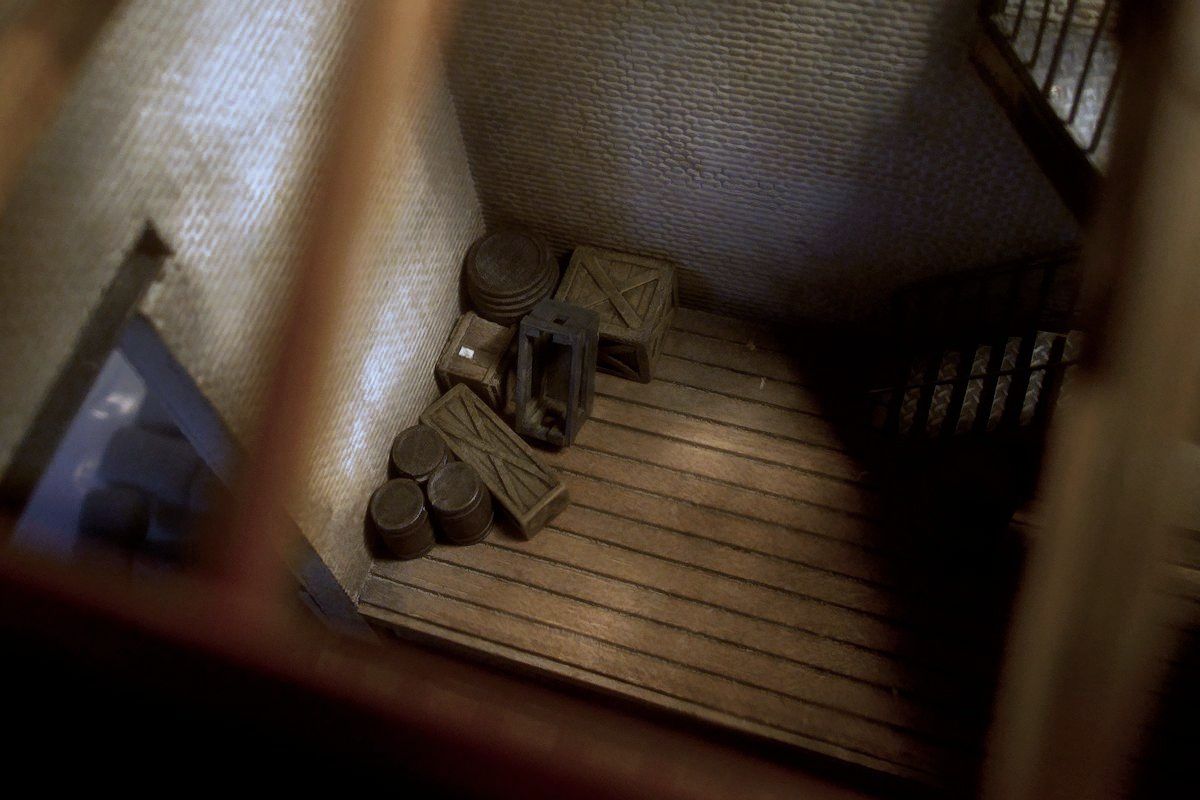 …the crate ended up in a forgotten corner of the depot, where it remained lost… …for 58 years. The crate was finally found in 1962, when BR pulled down the old goods depot. A scrupulous clerk decided to forward the crate to its original destination. With passing interest, he noted that it was addressed to the Winter Palace in Saint Petersburg. 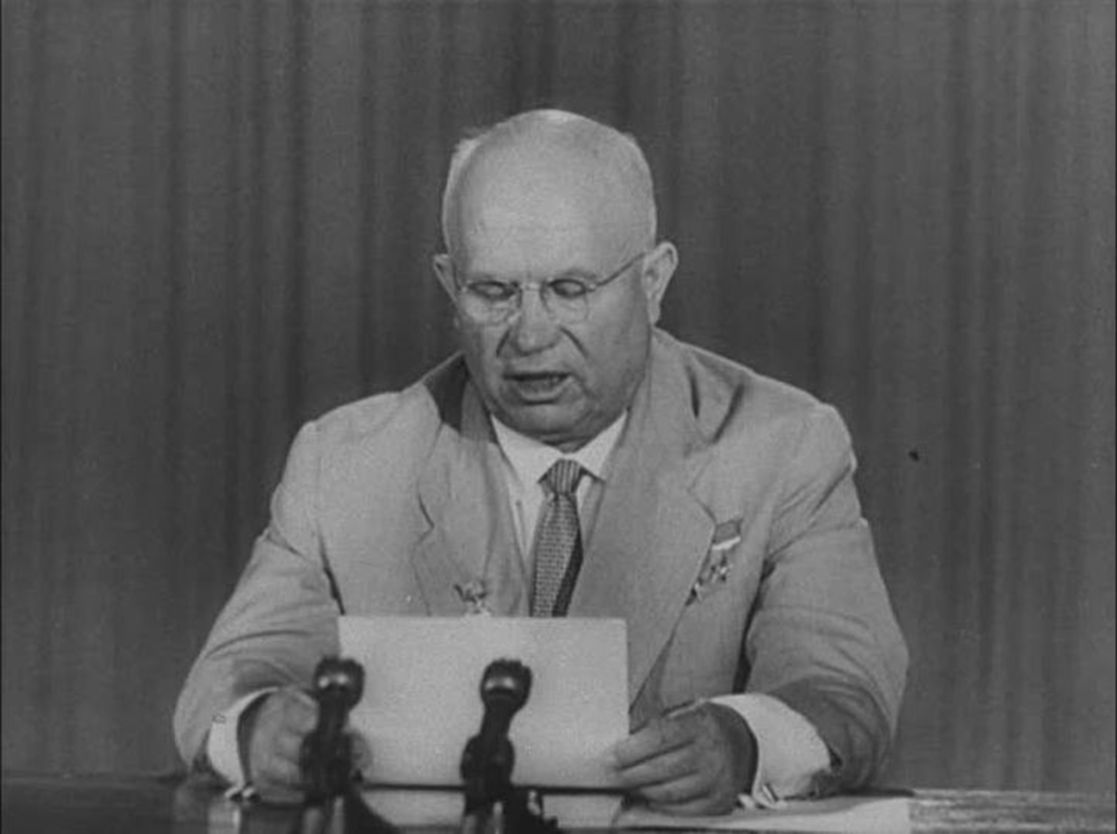 After a circuitous route and numerous security checks, the crate eventually landed on the desk of Soviet leader Nikita Khrushchev, who at that time was in the middle of the Cuban Missile Crisis. 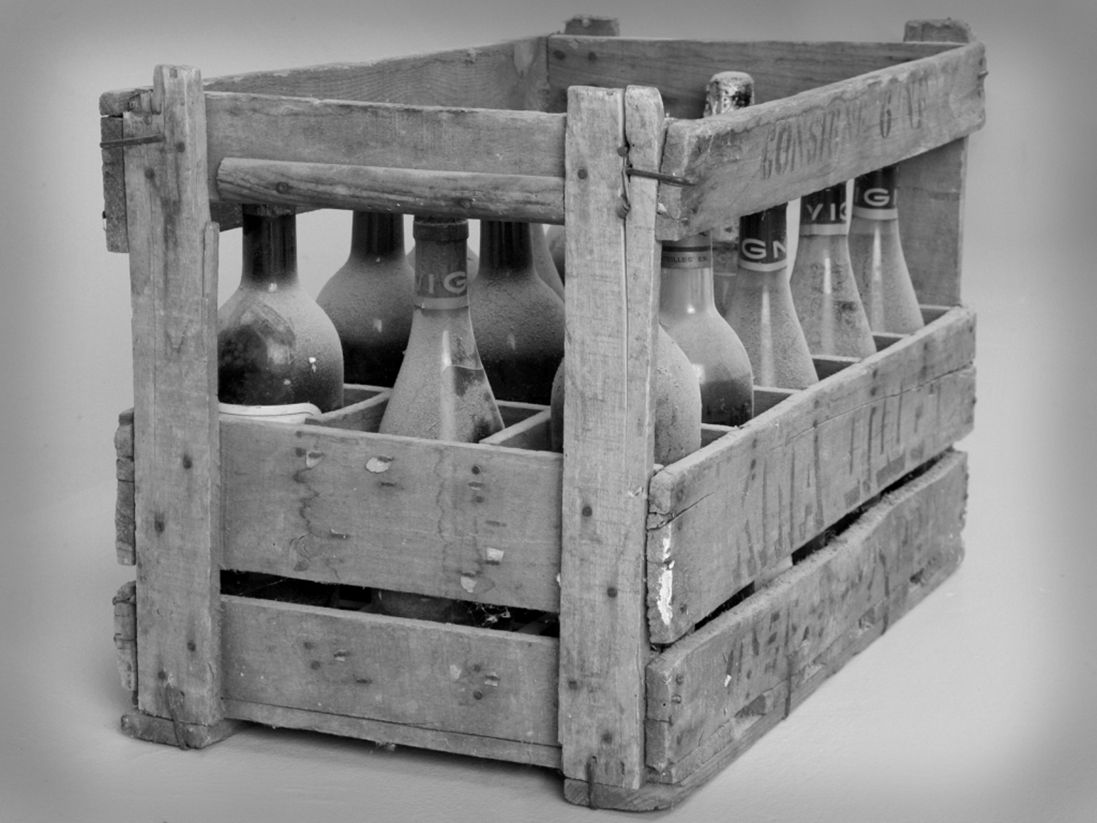 Upon opening the crate, Khrushchev found 15 bottles of Welsh wine labelled “Castell Coch, 1904”. The bottles were accompanied by a card, hardly decipherable after all those years. It said: "From the Marquess of Bute to Tsar Nicholas II, with compliments". 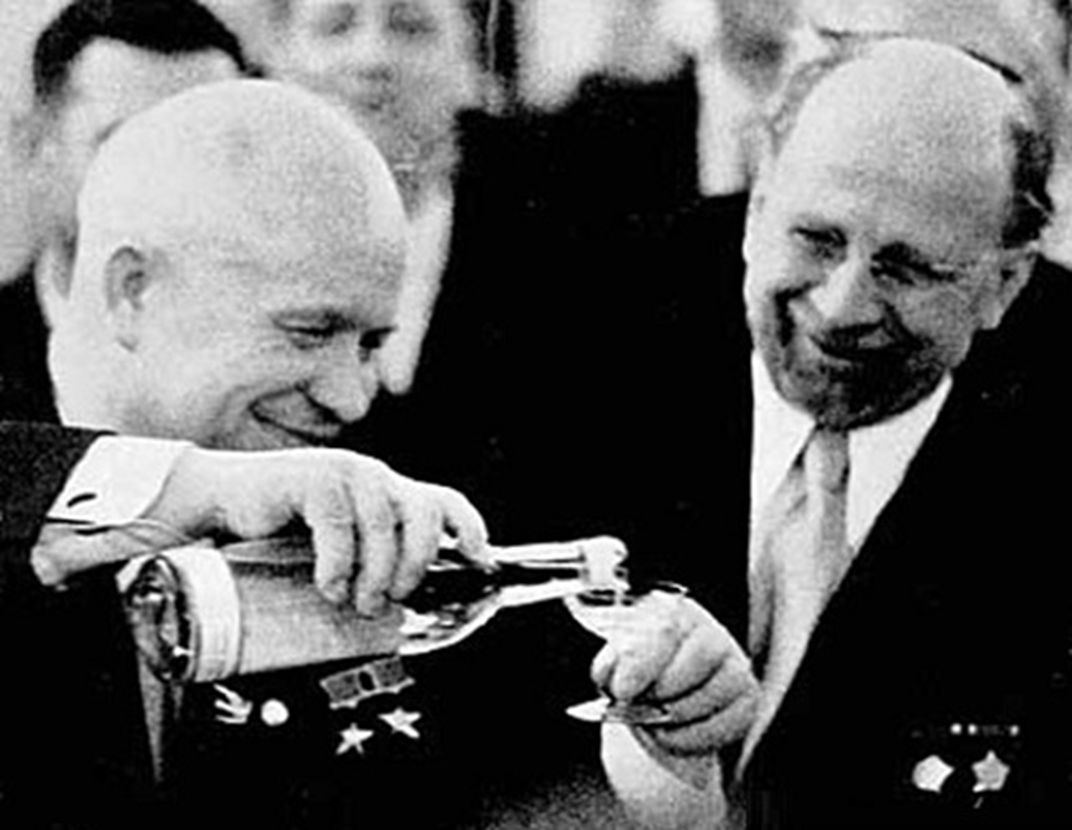 "Well!" thought Kruschchev, "the Tsar is long gone, but that wine looks tempting!" And so he shared a glass with his staff. They stood there tasting it, then burst out laughing: The wine was terrible! Quite simply horrific! Khruschev immediately relaxed: If this lousy wine was all the West had to show, what was there to fear? The West would destroy itself, this awful British wine proved it! He might as well end this whole Cuba crisis thing. He sat down and drafted a letter to Kennedy. 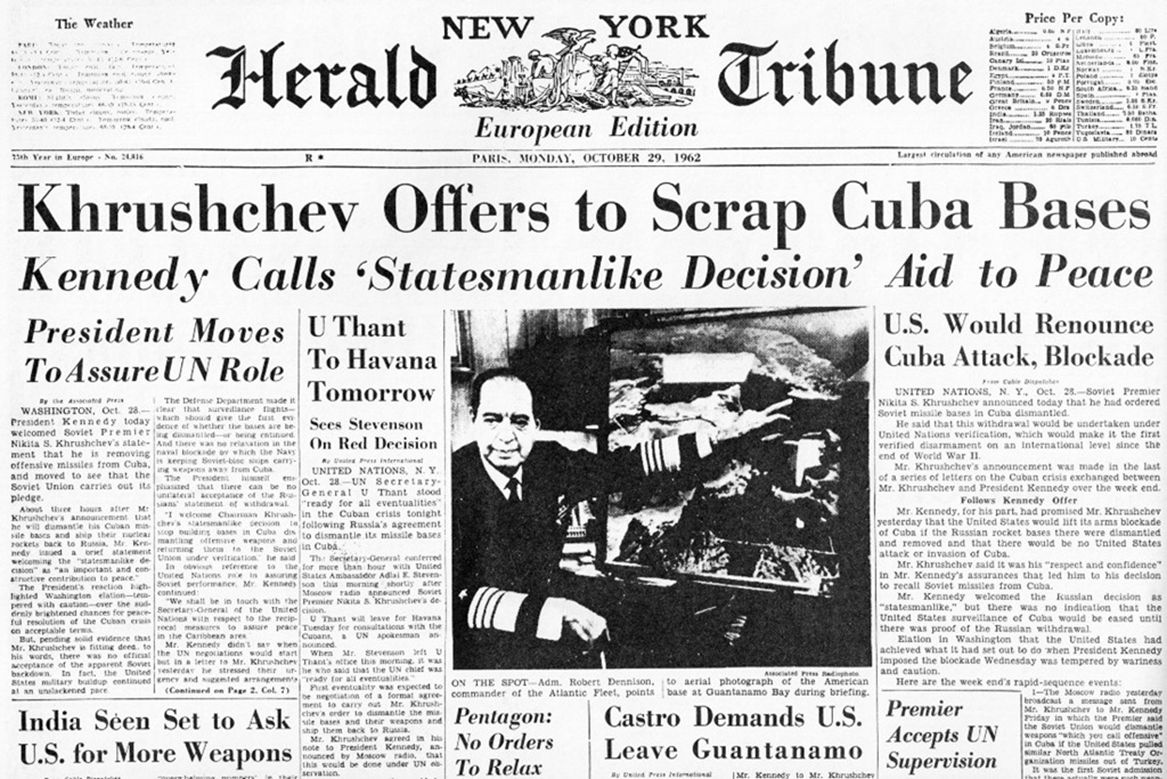 The rest is history. The Cuban missile crisis was over, and the two Presidents congratulated each other on their cool heads and statesmanship: They had spared the world an all-out war. 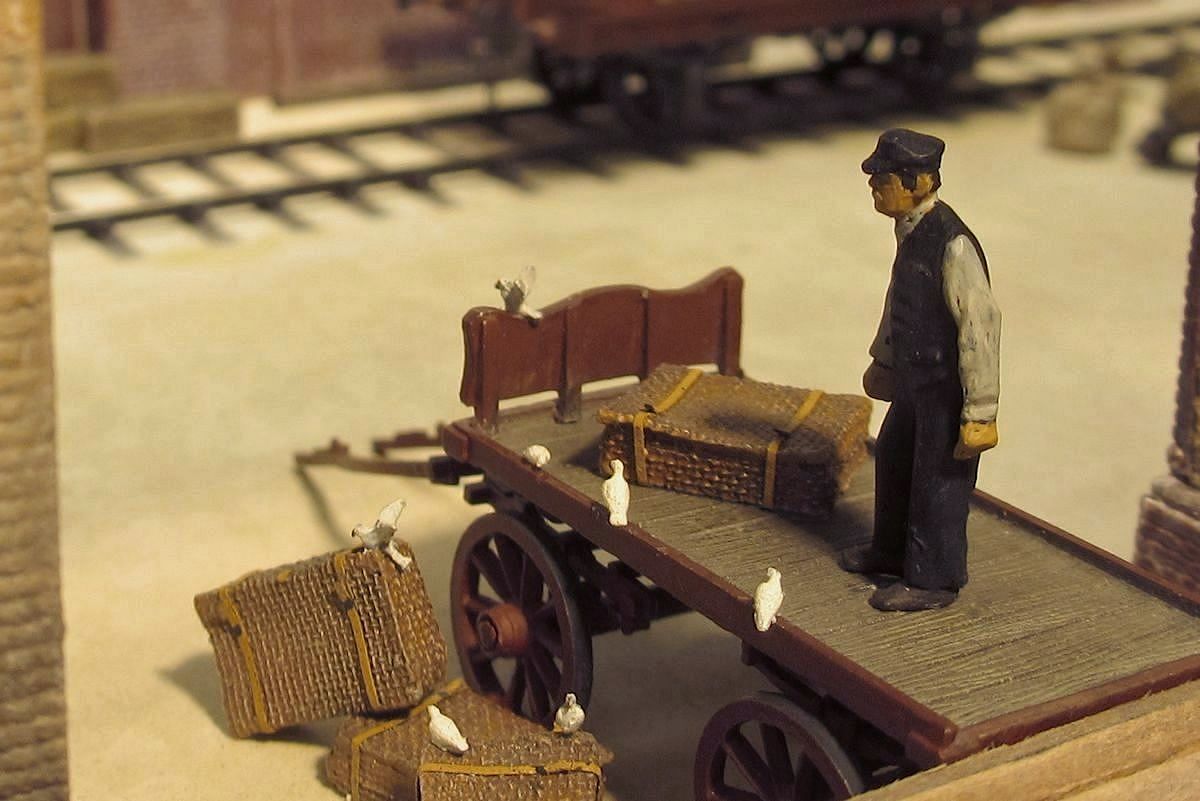 But on that morning in 1904, Goods Porter E. Sparkler knew nothing of all this. He just stood there among the escaping pigeons, cursing his clumsiness. "Why", he thought, "can I never do anything right?" 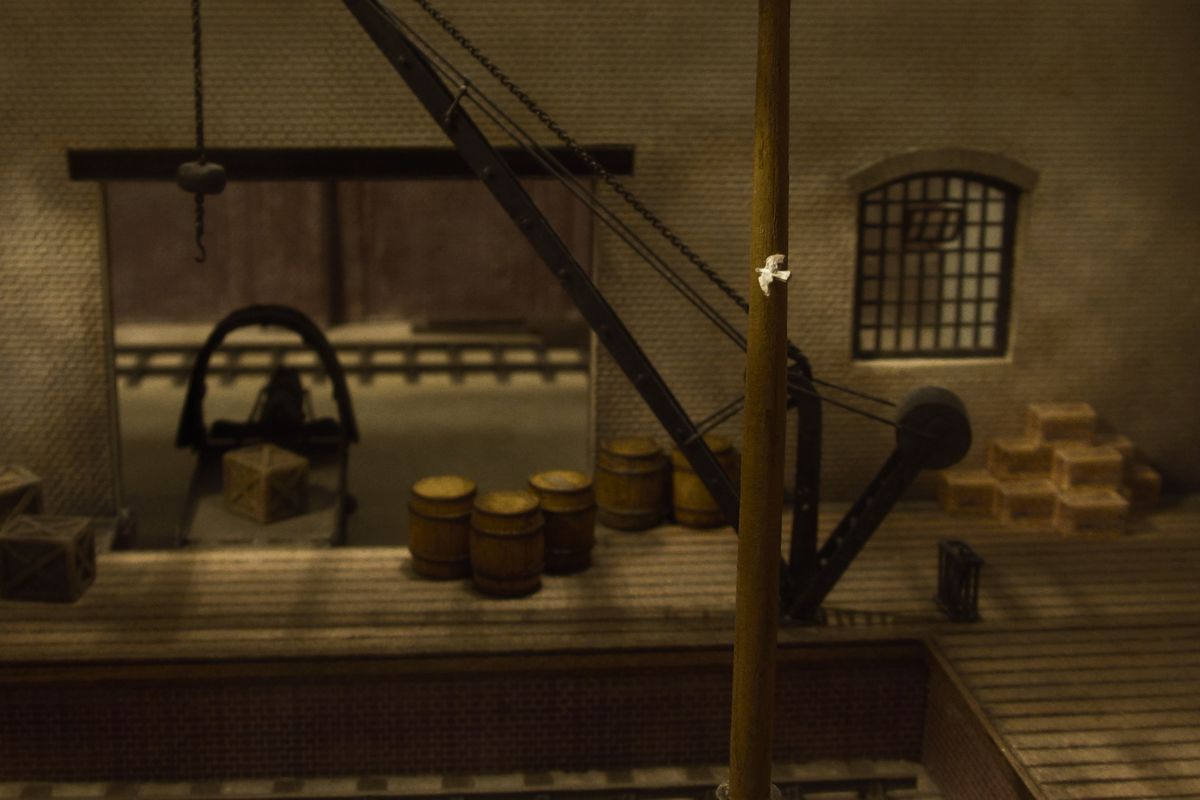 He was wrong of course, he had saved the world, but no one knew. No one except maybe a certain white pigeon. For many years afterwards it could be seen in the goods depot, flying at night, happy to have escaped.