This blog sometimes tells some pretty tall tales, but this one is based on a true story. I recently came across a fascinating account of a court procedure at Old Bailey, involving an incident on the Great Western at the turn of the century. I decided to re-enact the incident, with Farthing as the setting and a little, ahem, modeller’s license. Dennis, will you take it from here? 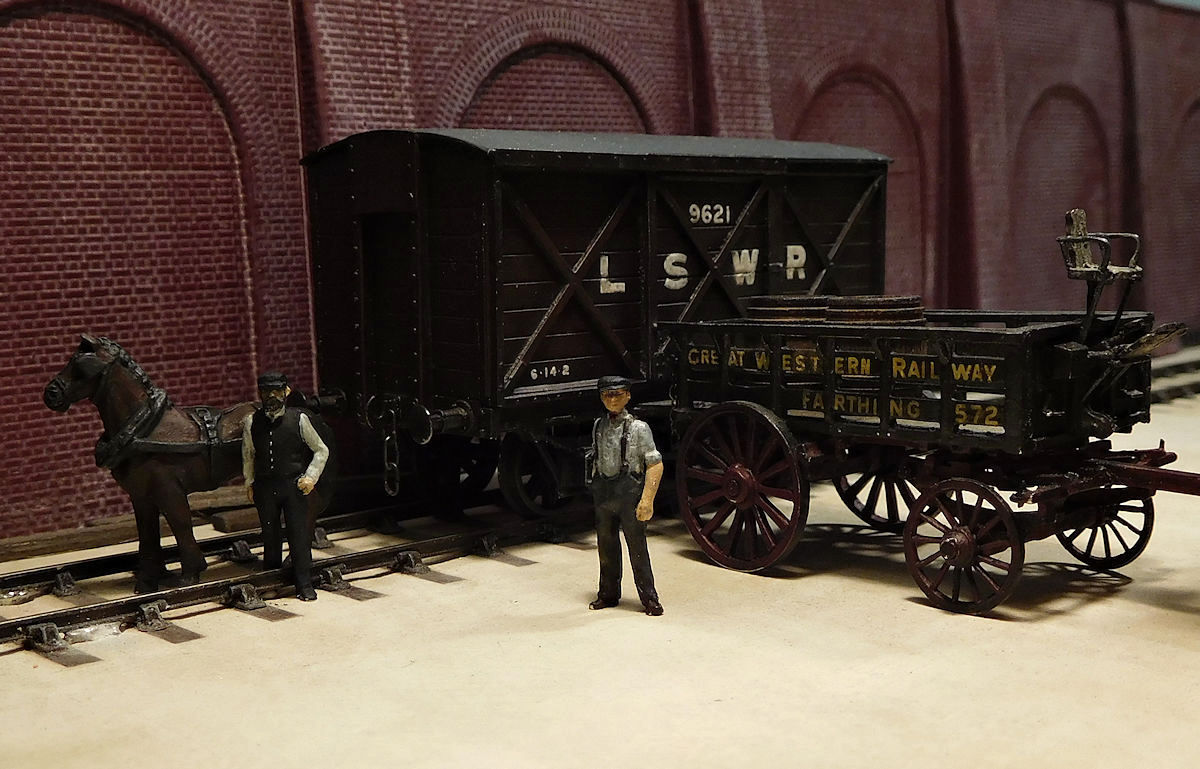 My name is Dennis Watts, that’s me on the right. I’m a slipper boy with The Great Western Railway Company. I scotch trucks. They pay me 10s. a week. Here is my story. 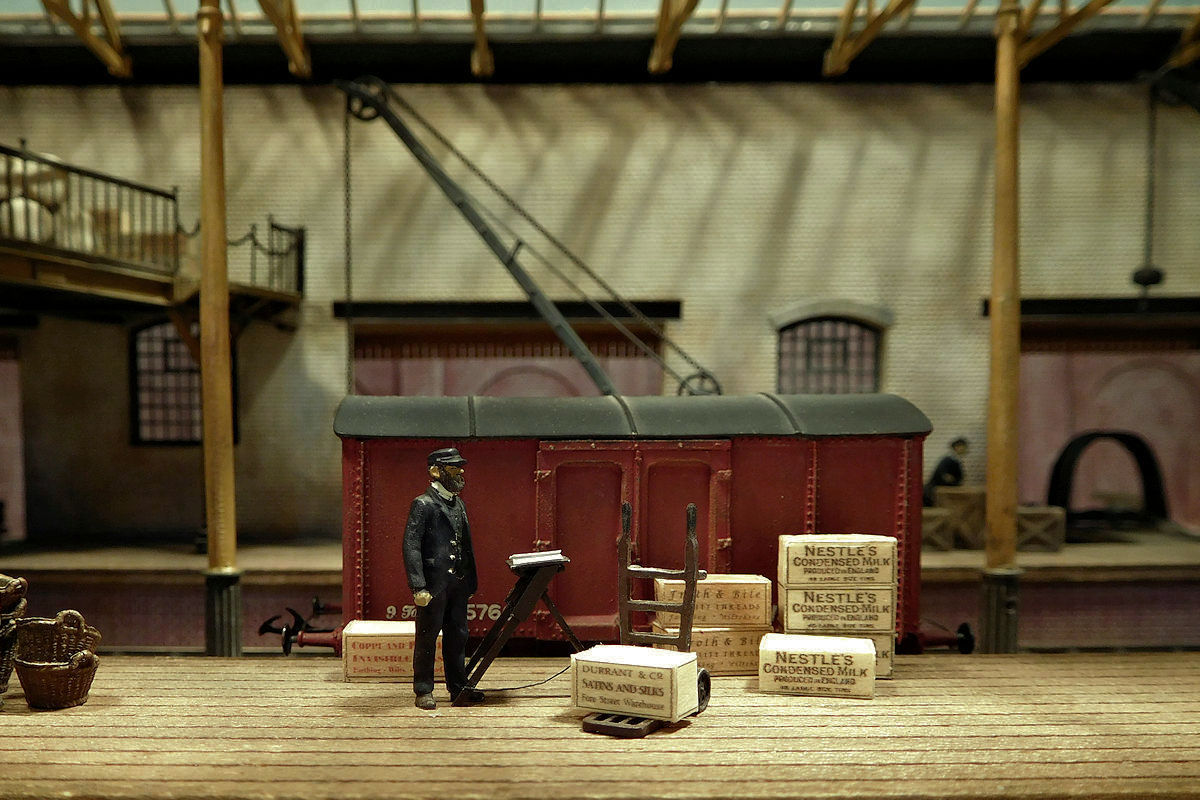 This is my uncle Henry Watts, he's a checker in the goods depot. It’s the afternoon of May 28, 1902. Pay attention to that box on the porter’s trolley. My uncle is consigning it to the daily Penzance truck.

After loading, the Penzance truck is shunted to no. 1 line with other trucks for dispersal. Most of the trucks will go out in the next few hours, but the Penzance one is left overnight for attachment to the 4:55 goods. 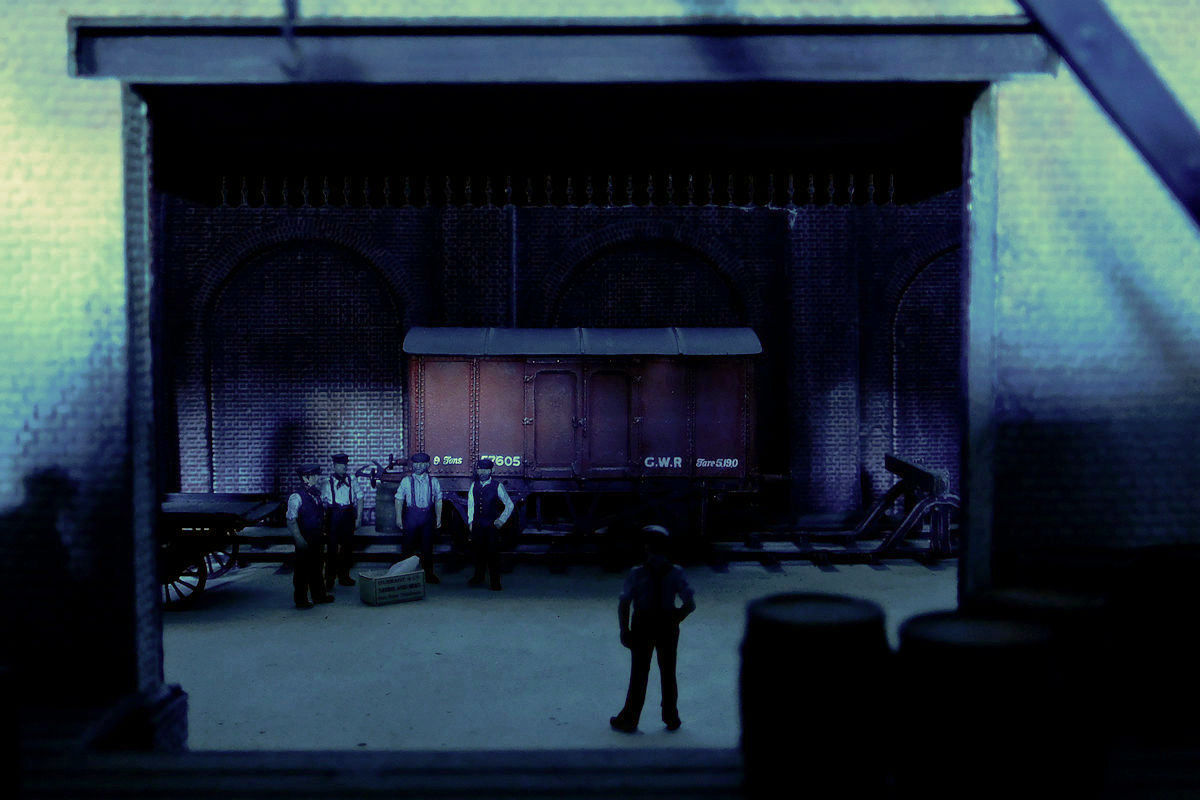 That night, I walked home from a late shift after the lamps were out. I passed the Penzance truck sitting alone in the dark, and saw some people there. 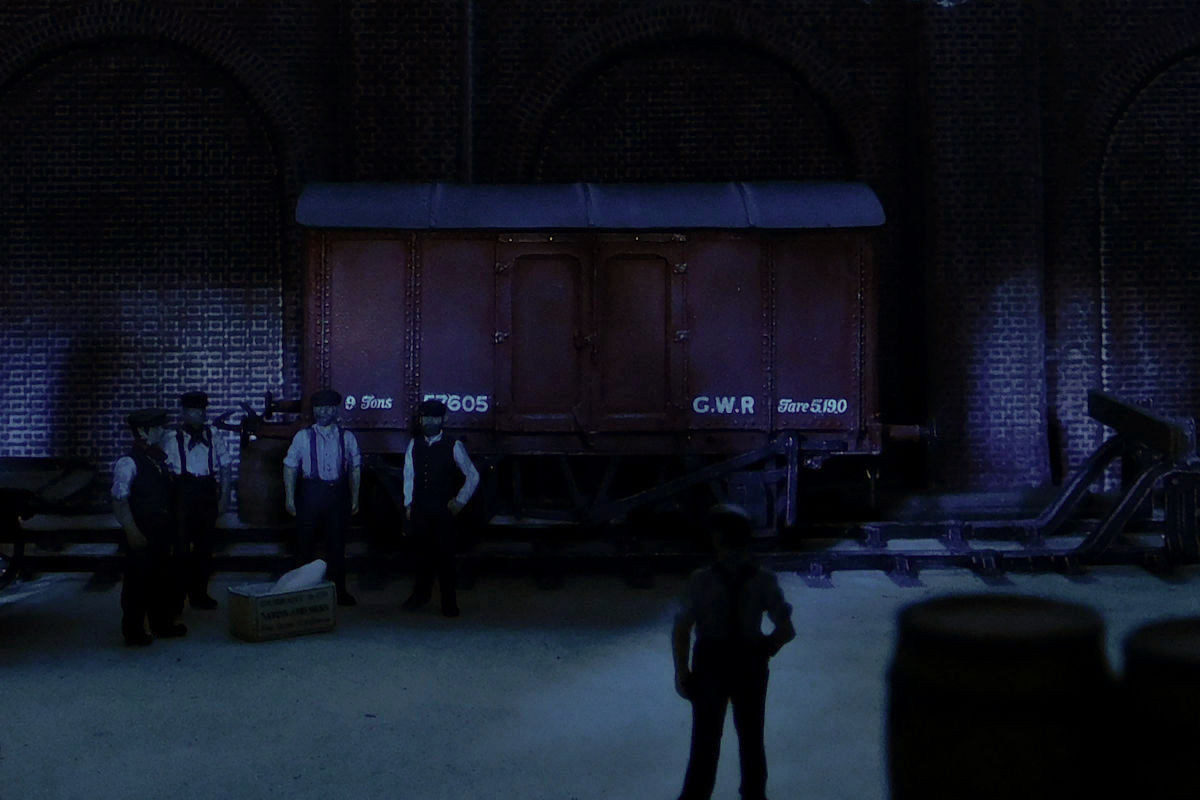 I recognized two horse drivers, Woods and Lawson. There were also two other slipper boys, Fraser and Marsh. I could tell they were up to no good. 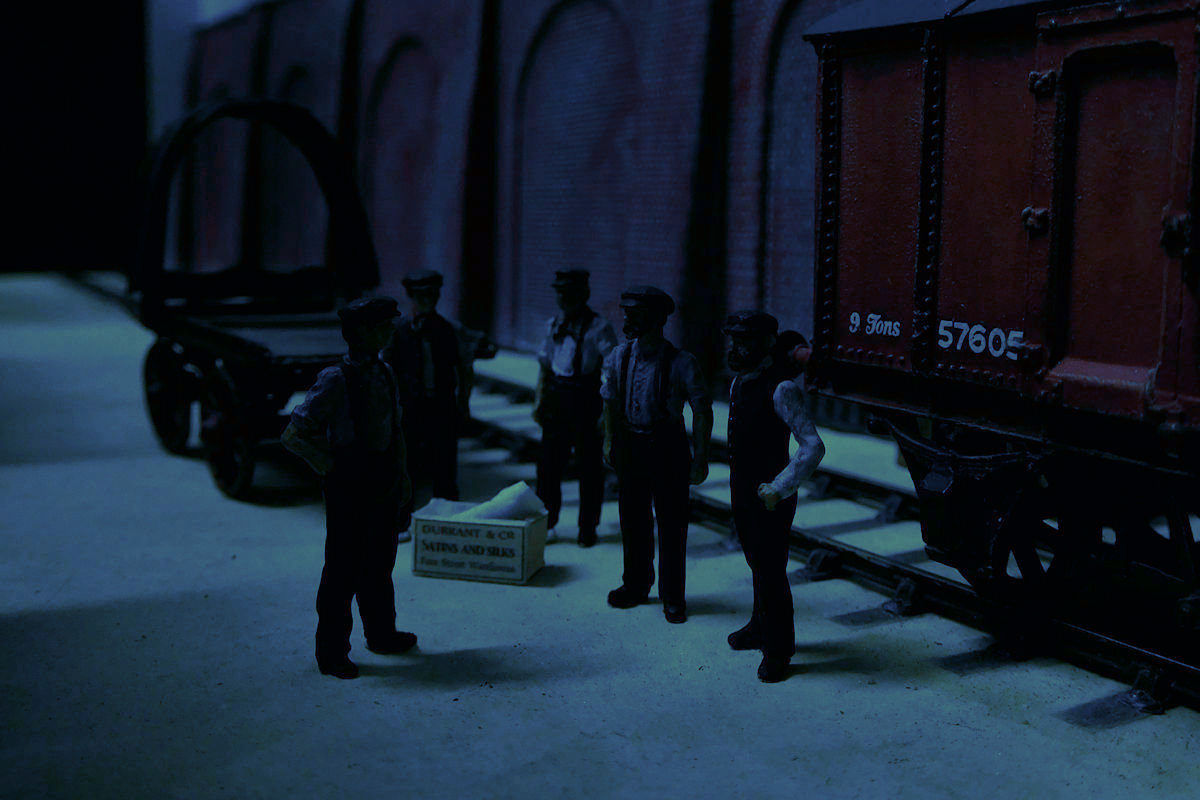 I walked up to them and saw that they had opened a box of silks from the Penzance truck. They were tucking the goods down their trousers. They asked if I wanted to buy some cheaply for selling on, but I refused. 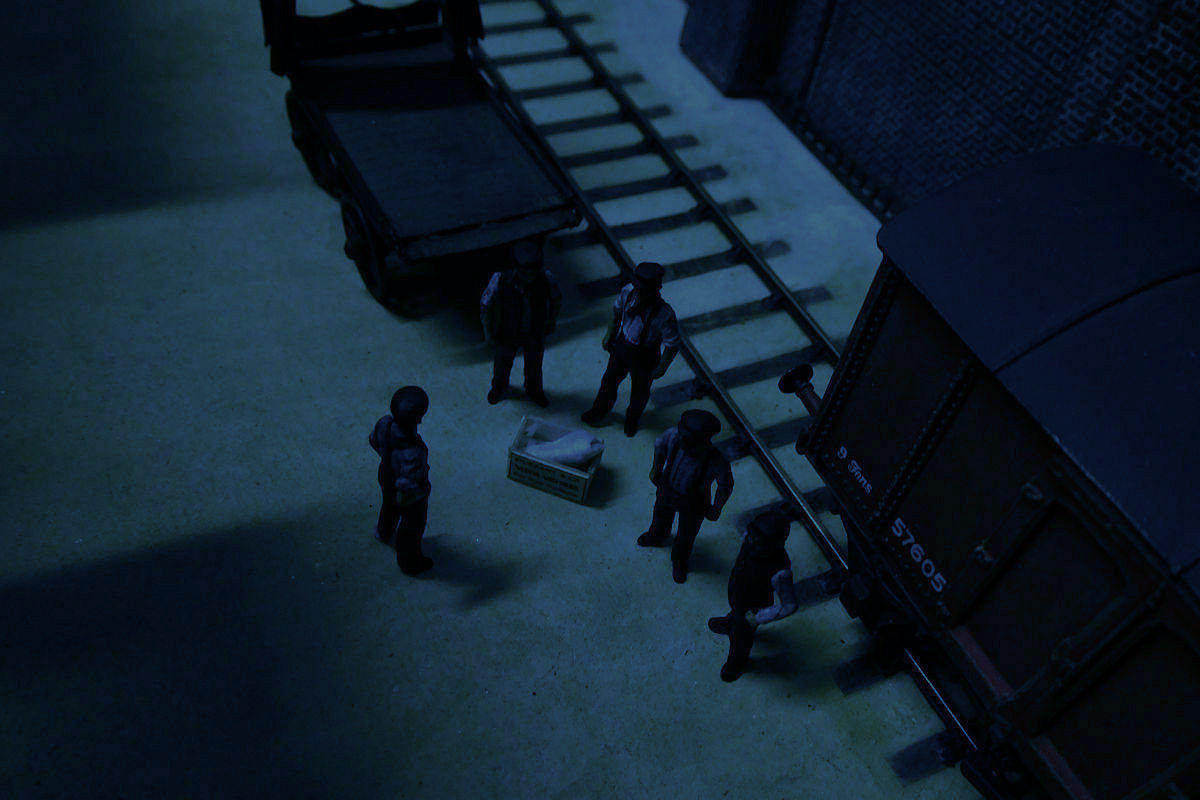 Being an honest sort of person I was very uncomfortable with the situation. They were all a bit threatening and I was afraid. What would they do to me?