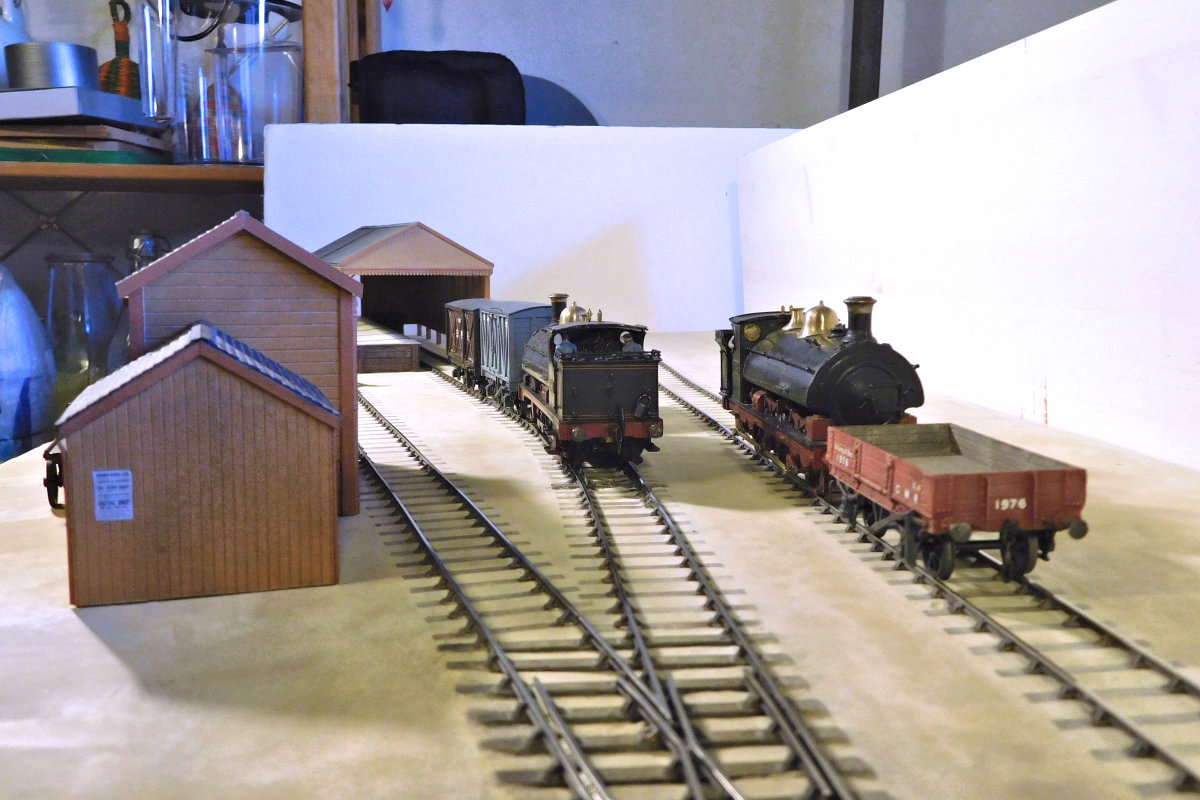 Here’s an update on Farthing – and some new ideas. 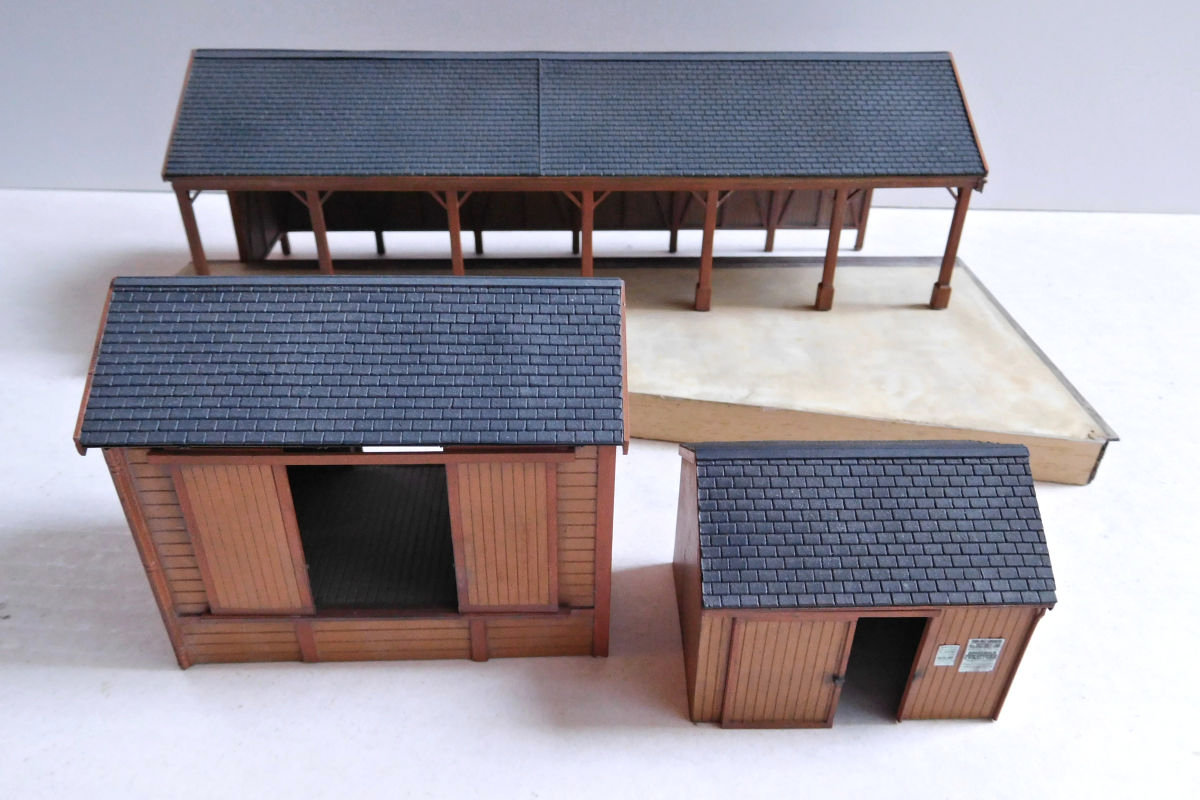 The “biscuit” and “jam” sheds have been painted and are ready to embed on the layout. The buildings are an attempt to hint at the past railway history of the area. They were originally built for the old N&SJR terminus at Farthing, which was alongside the Great Western station. When the GWR swallowed up the N&SJR, it kept the buildings and used them as loading and distribution facilities for the town’s booming industries. 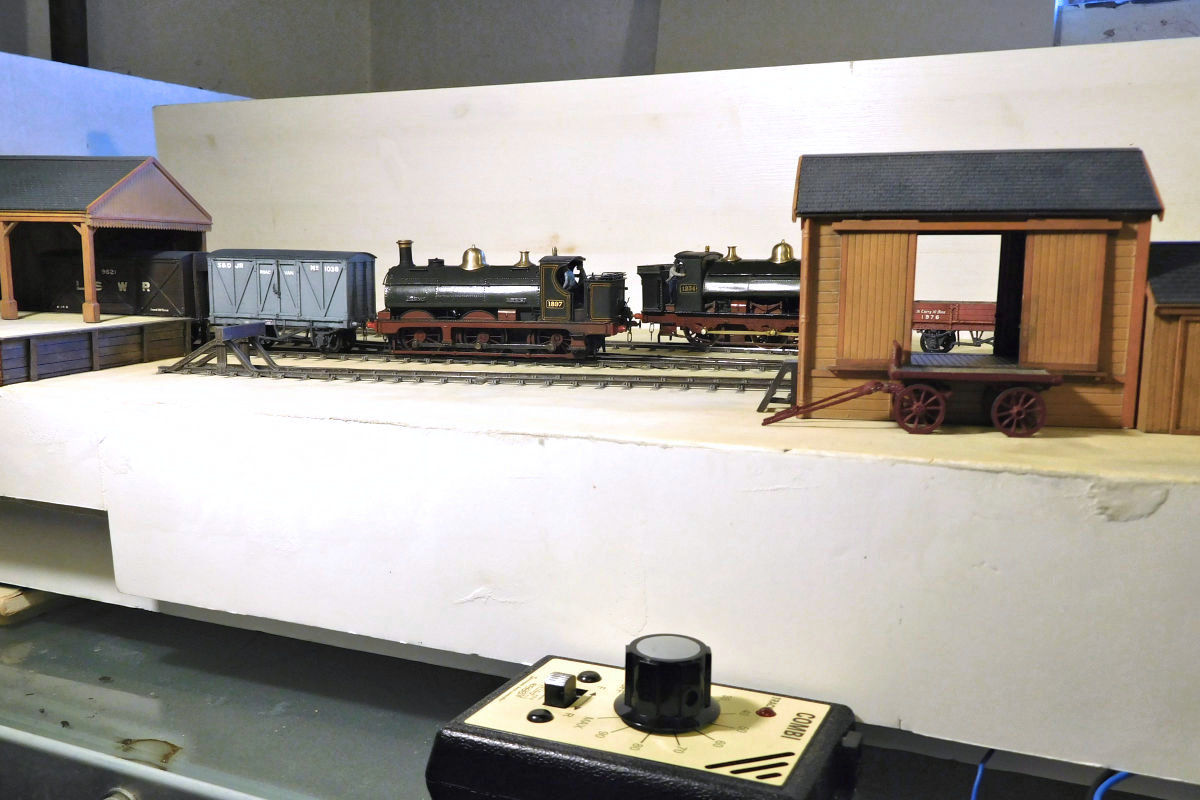 This backstory to the buildings is inspired by Witney and Stratford on Avon, where early passenger stations were also redeployed as goods facilities, for blankets and beer respectively. 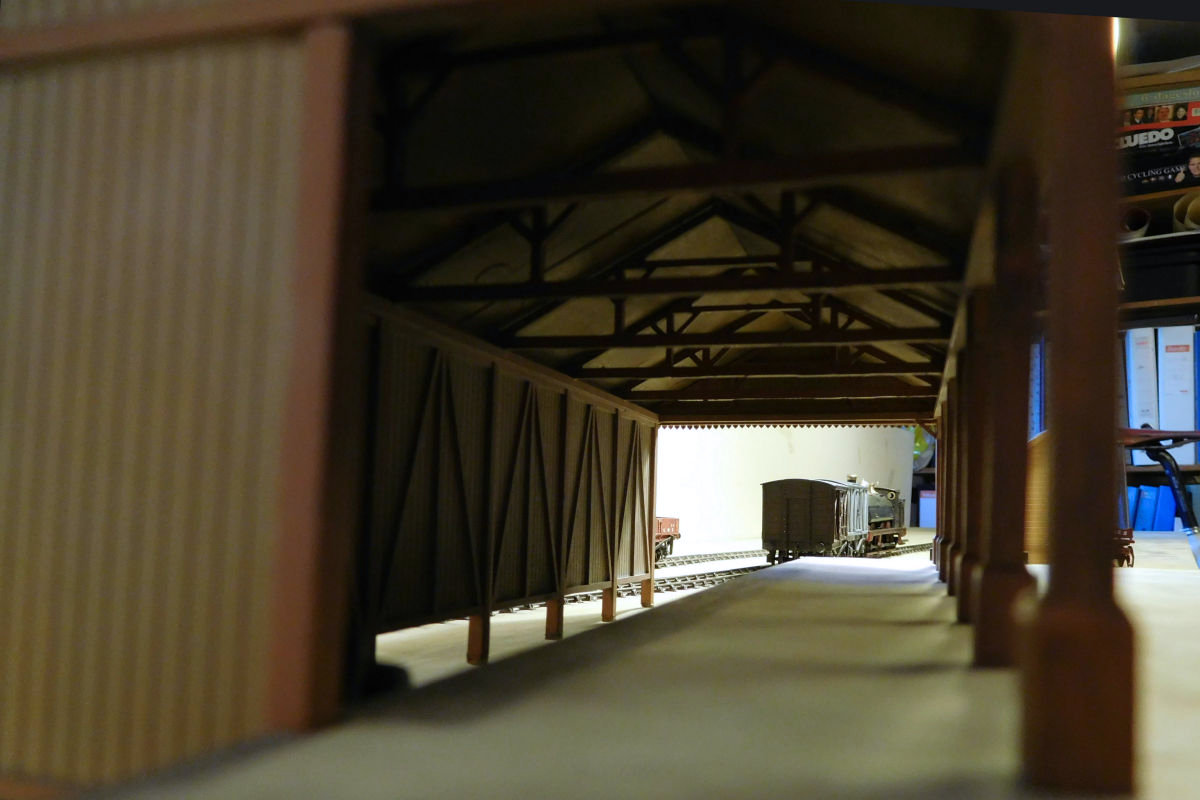 End view of the biscuit shed (not yet embedded). 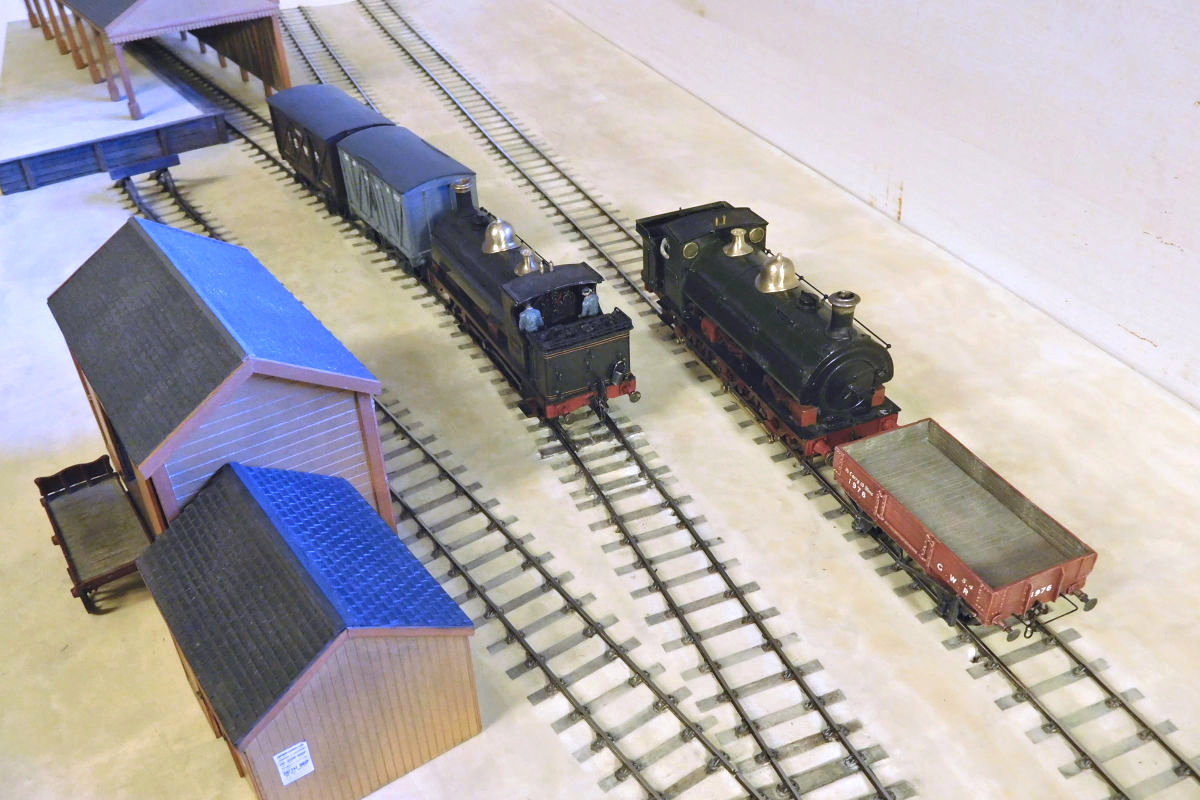 The track and chairs have finally been painted. I’ve tried to capture the effect of disappearing sleepers, but it hasn’t worked quite as I hoped. I’ve decided to live with it, but I won’t use this method again. 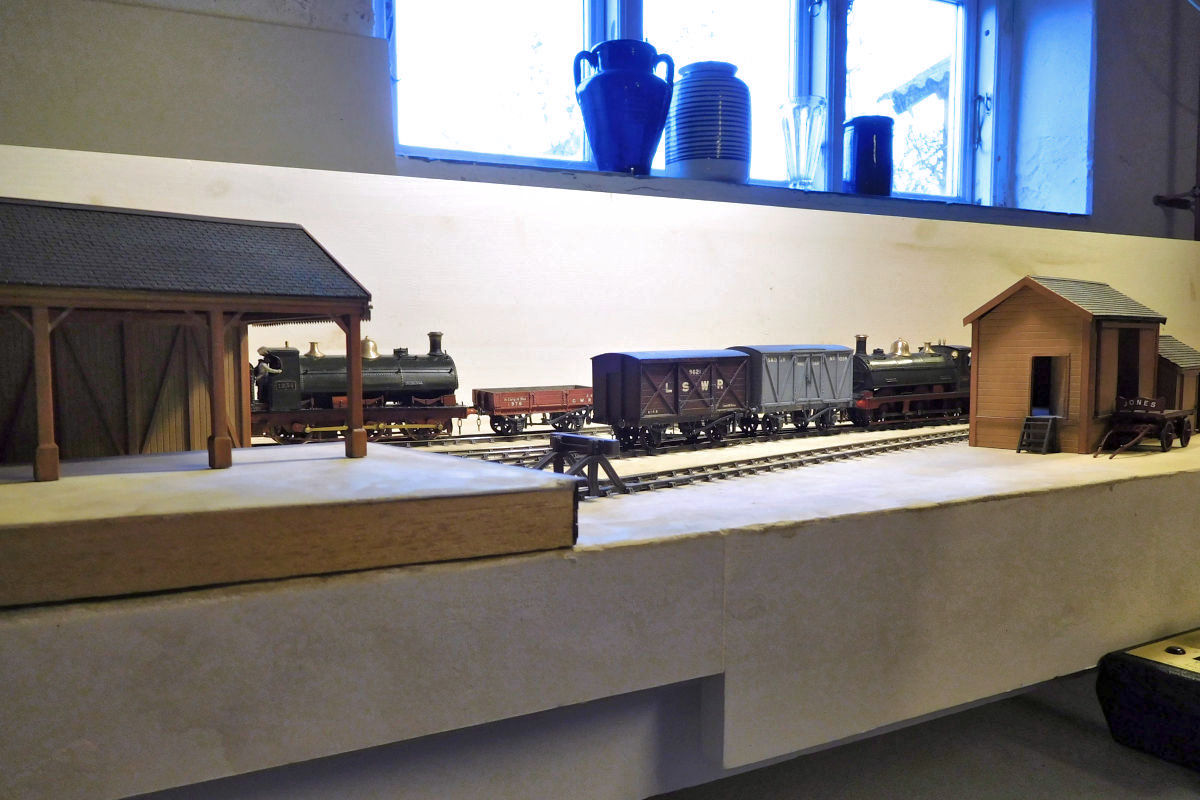 Then I started hearing voices:

I was never a Reagan fan, but this particular advice seemed sensible enough, and so I took his cue.... 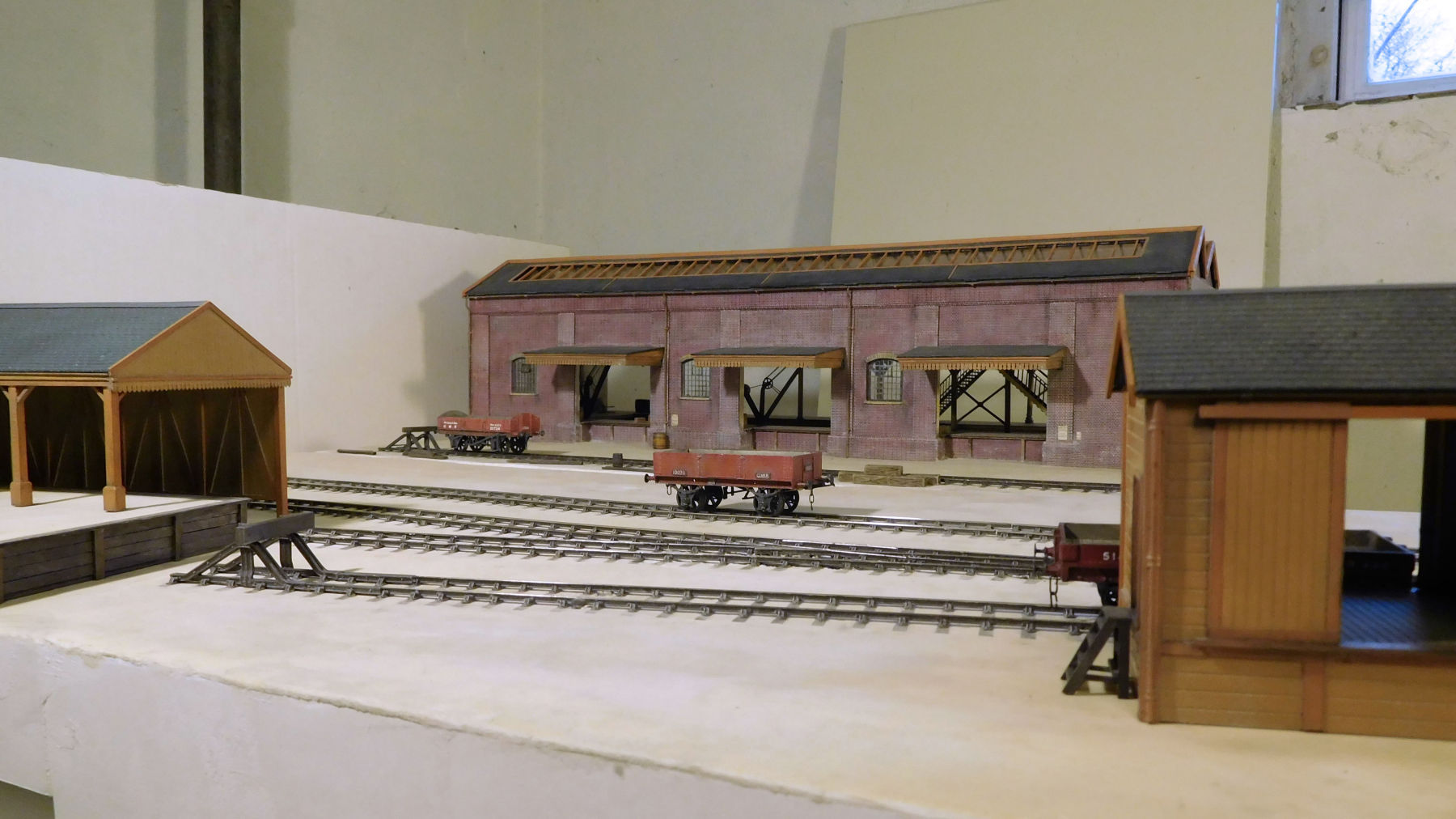 What you see above is two layouts positioned next to each other, with the backscenes removed. The current “sidings” layout is in the foreground, and the goods depot layout is behind it. 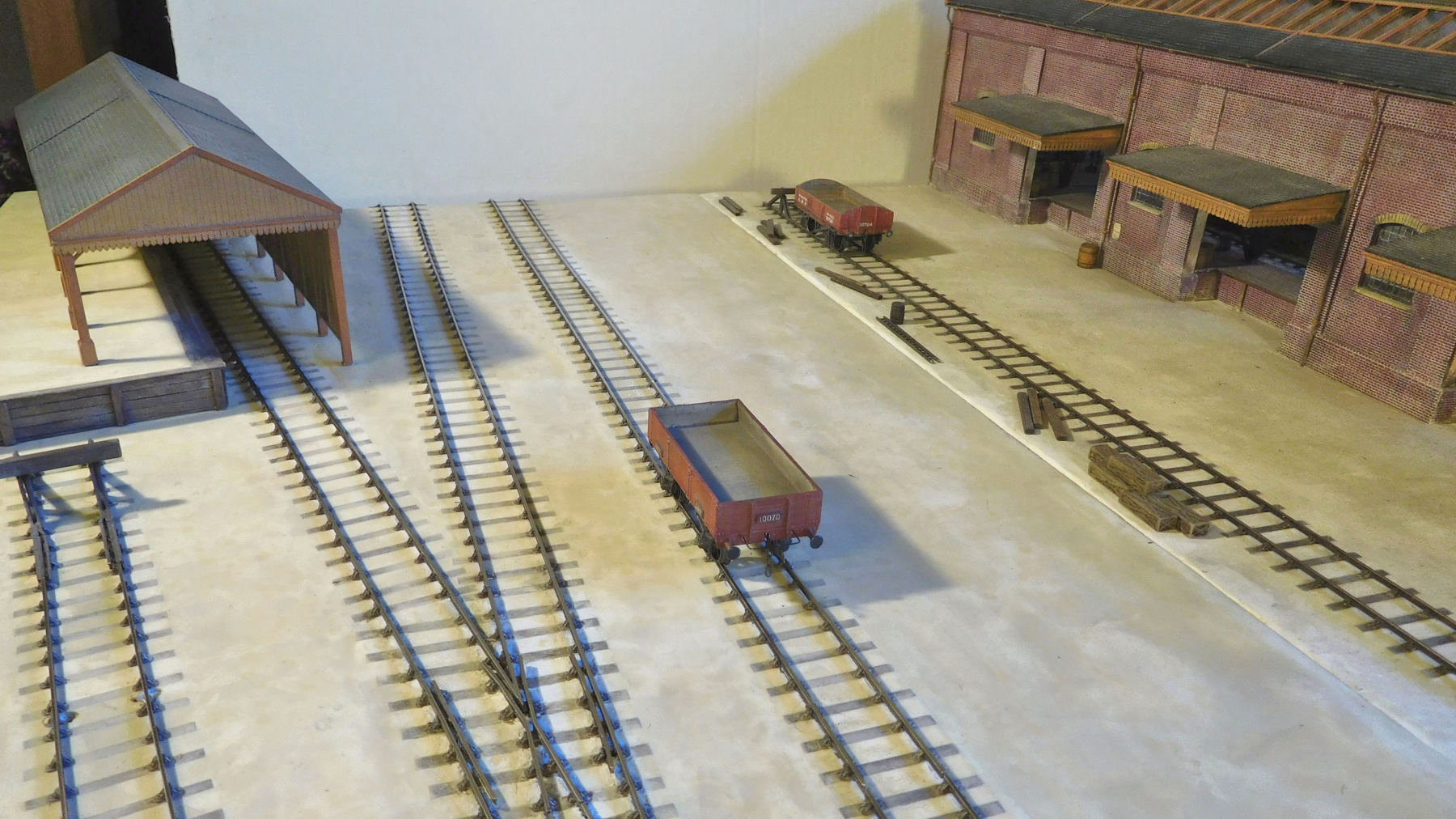 The concept for Farthing has always been to build different parts of the same station on separate, self-contained layouts. But I must admit that this little experiment has whetted my appetite for joining the layouts together, in modular fashion. 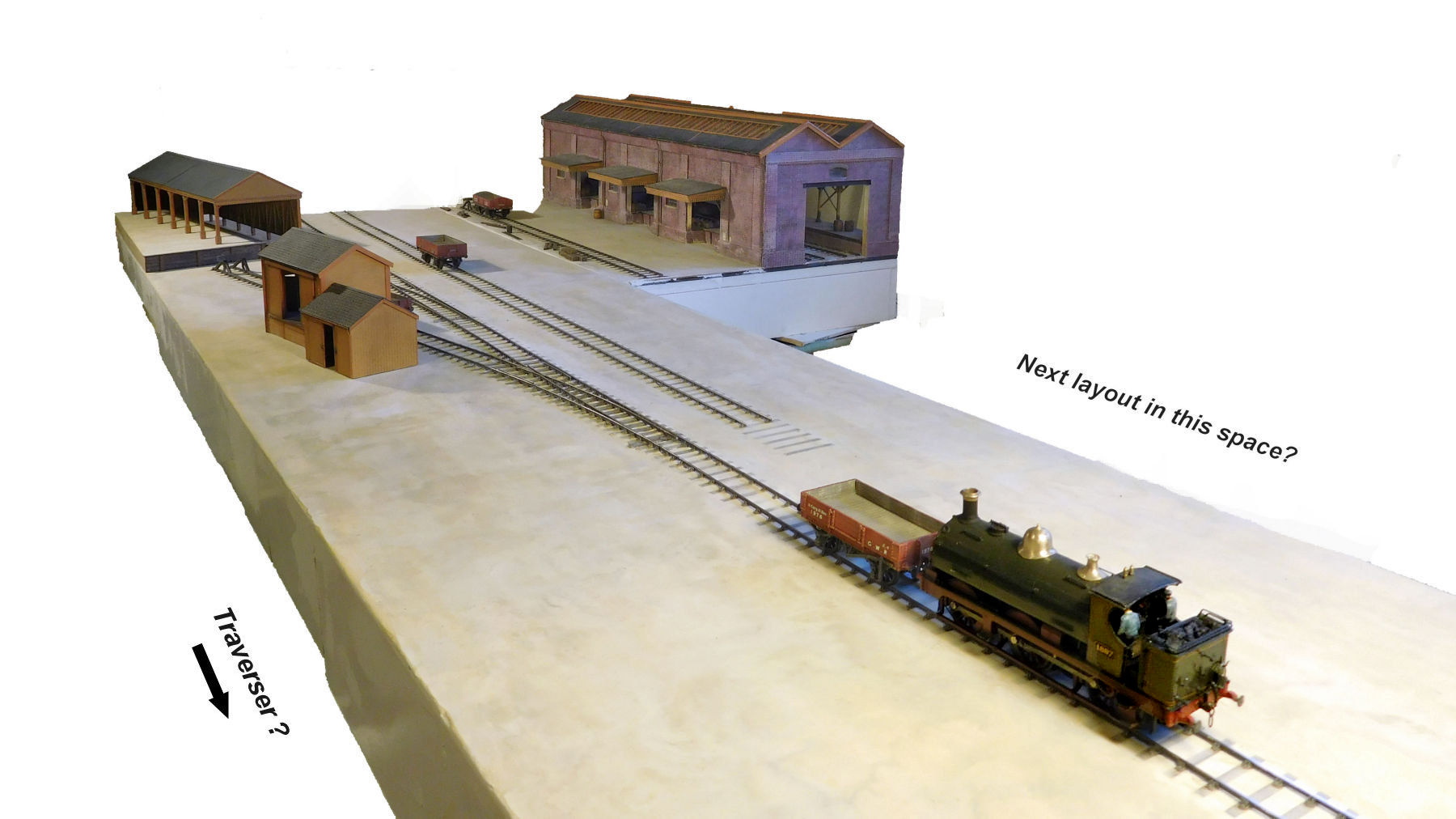 With such an approach, each layout would still be self-contained, but could then also be joined to form a larger layout. It wouldn't require much remedial work. The traverser could be moved to the right hand end of the sidings (nearest the camera), and the track extended accordingly, perhaps with an extra point or two for operational interest. A future module could fill the “gap” on the right. The whole thing would fit on my writing desk.

Let’s see. For the time being I’ll finish one end of the sidings as planned, and then make some decisions.