Jump to content
How do you feel about attending exhibitions in the future? Survey re-opens for current period.

In the 1960s we lived in the north east of England and took our holidays in west Wales. This Spring after a winter season of north east model railway memories I have taken a ‘Western’ break and invested in Hornby’s latest BR (WR) Grange. 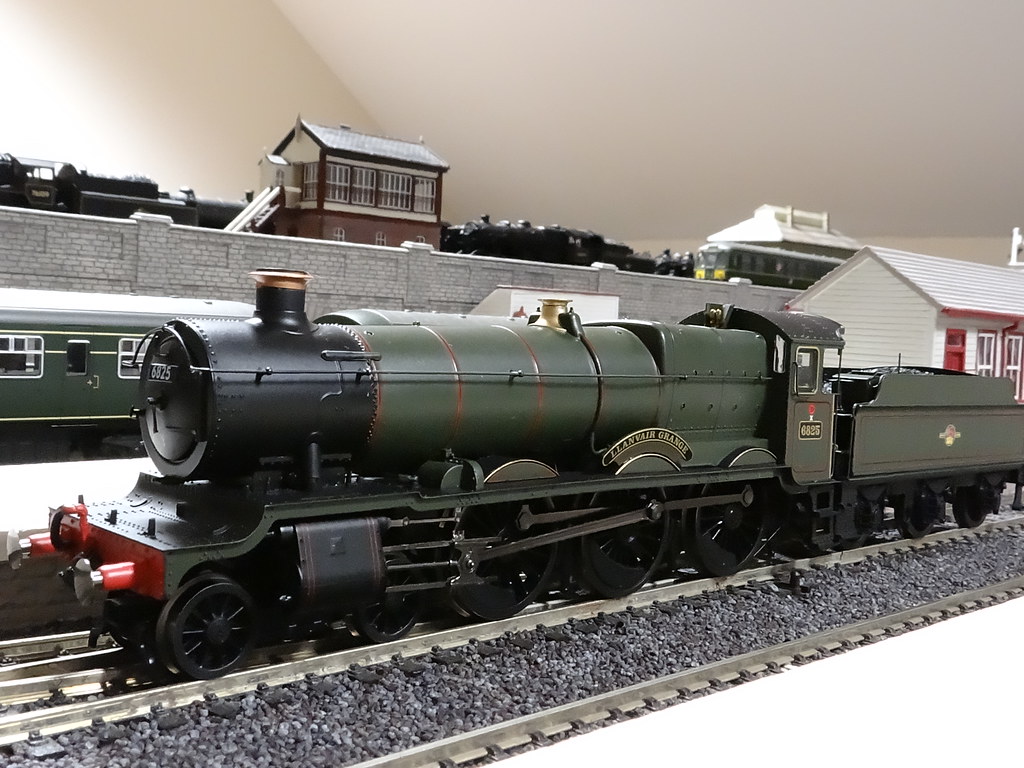 I think the Grange is one of Hornby’s more finely detailed models. As a result it is rather delicate and in my opinion lightweight, benefiting from the addition of some lead ballast. Hornby’s previous Grange, Bucklebury Grange, was one of the first models to be sourced in China from ‘Refined’. I had to return my first model to Locomotion for replacement because of quality control issues. I wrote a Blog Post at the time about adding lead ballast together with comments on some of the quality issues:

What do I think of the new model, Llanvair Grange? Judging by the reference number on the box Llanvair Grange is another ‘Refined’ model and from my limited personal experience, still affected by quality control issues. This time my model came from Rails of Sheffield. Thank you Simon for spending time to sort out a half decent model. 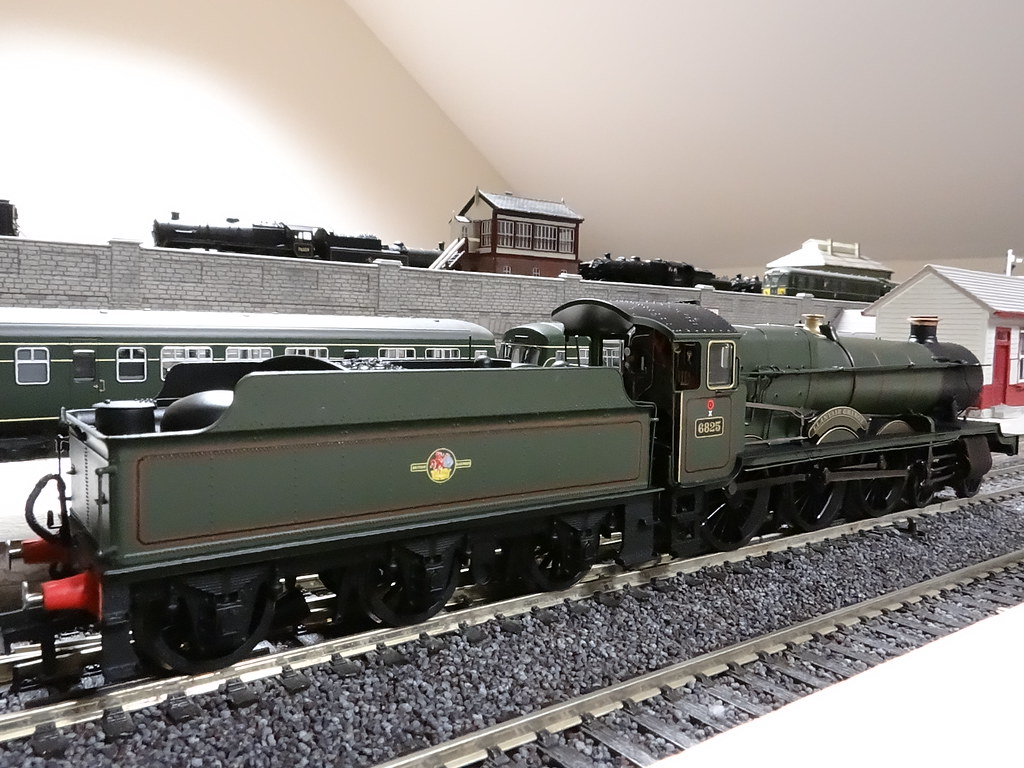 As with the earlier model of Bucklebury Grange ‘Refined’ seem to me to have used over long handrail knobs at the rear of the tender. 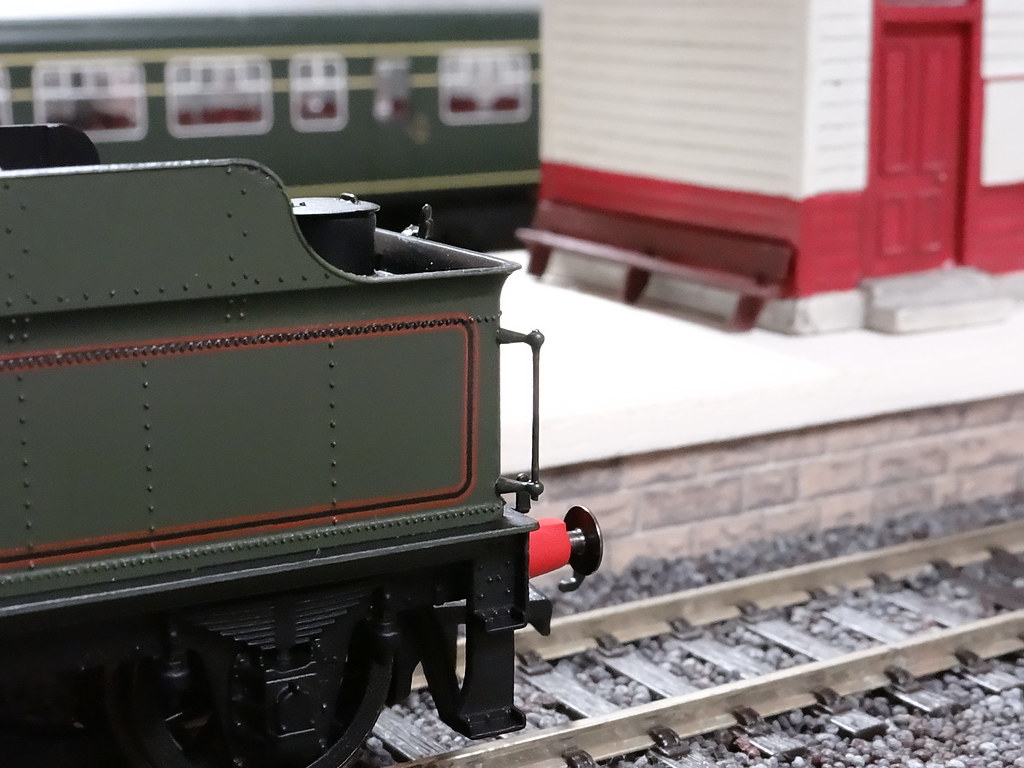 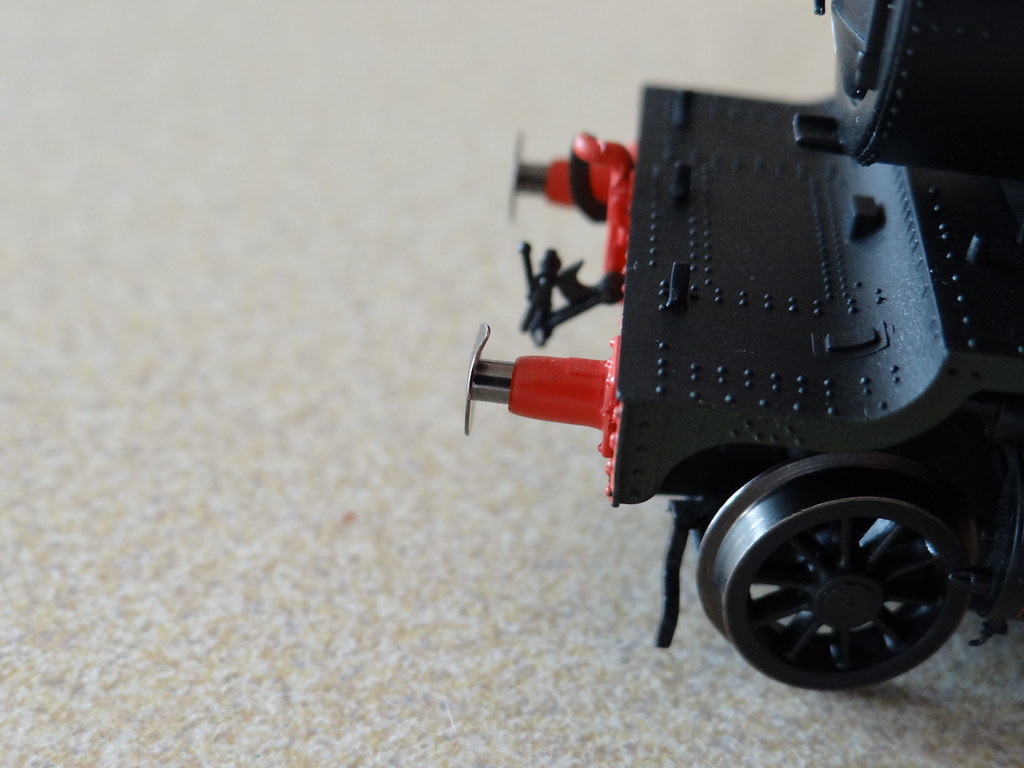 However one of the models I received had what I thought was quite a noticeable bend in the body shell. 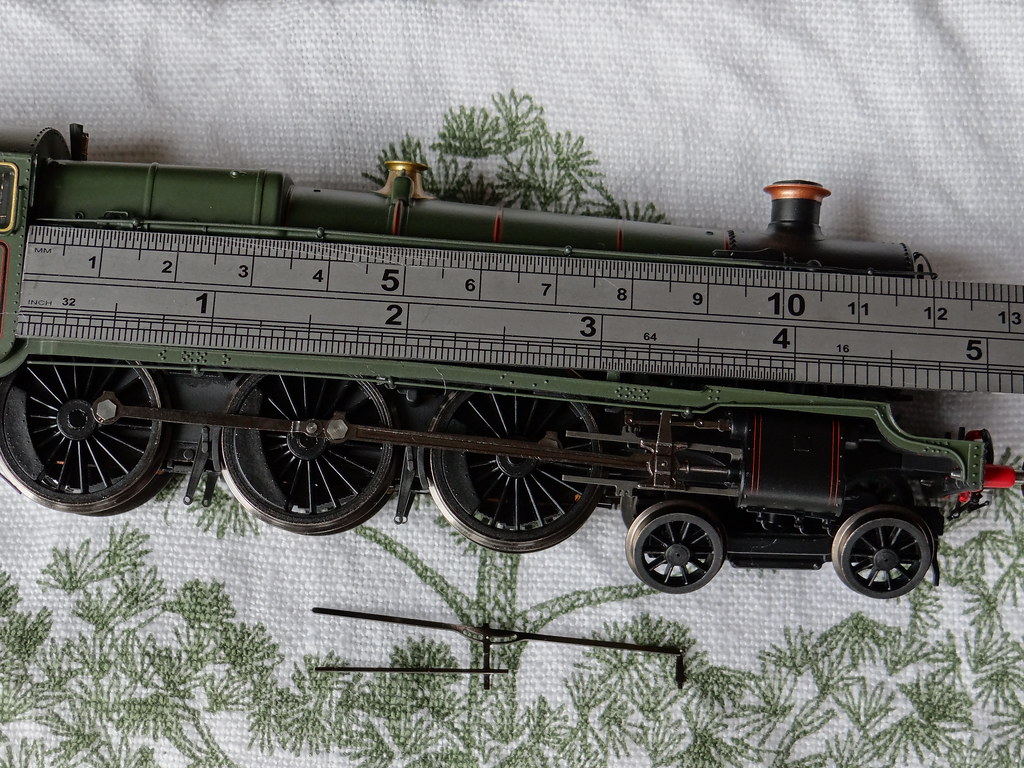 It was so severely warped that the reversing lever would not fit and was loose in the box. 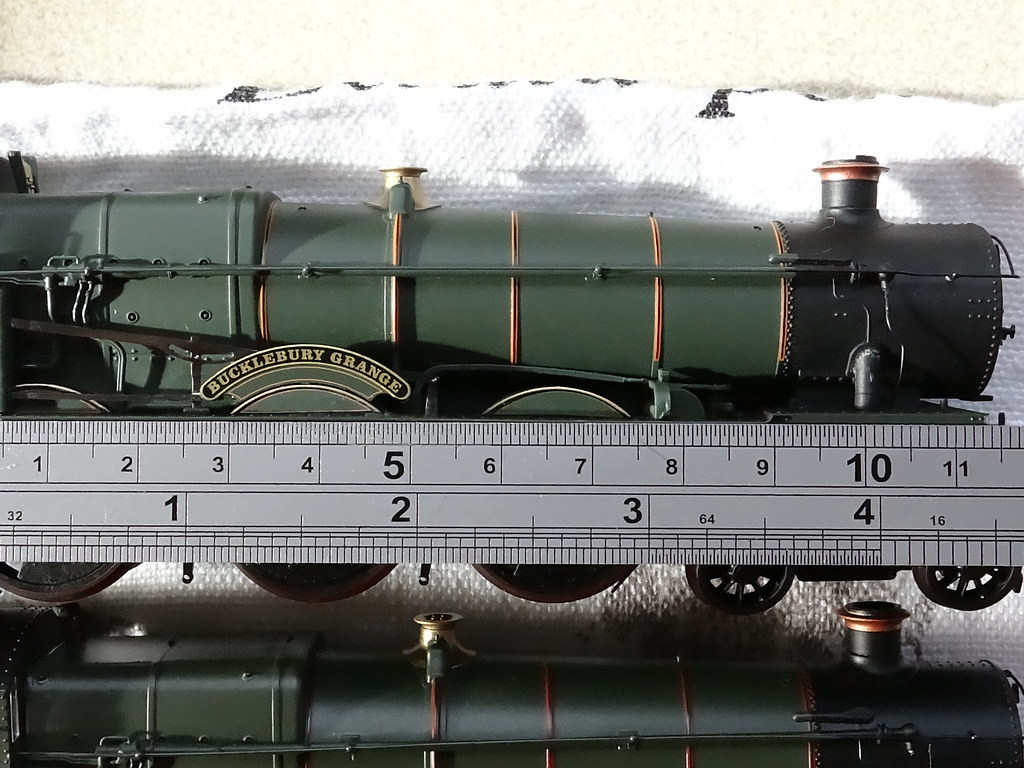 Interestingly I have revisited Bucklebury Grange and can see that it exhibits similar bending. All that time and I had never noticed! Infact it would appear that all of the ‘Refined’ Granges exhibit a degree of bending – some obviously more severe than others. I would investigate further. 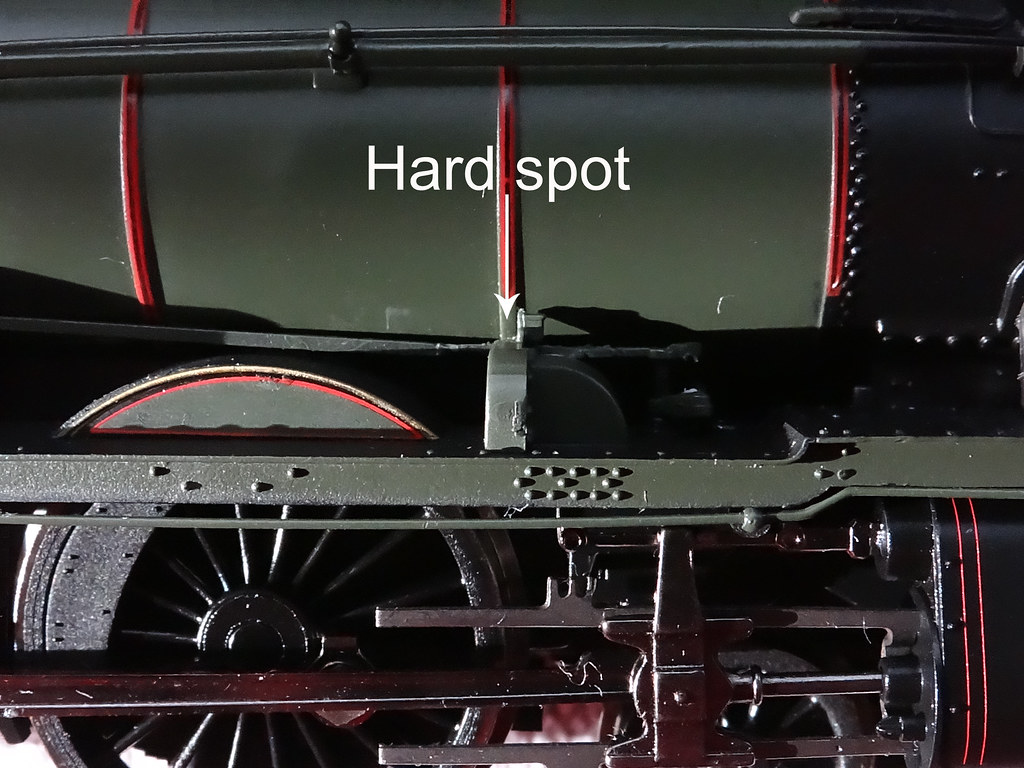 On separating the body and chassis I half expected to find some wiring that had been trapped, but no that was not the case. I did observe that the joint between the smoke box saddle and the footplate was no longer glued together. If I tried to remake this joint I noted that this only made the footplate more warped. The boiler is a super strong cylinder and it seemed to me to be pressing down on a cross member half way along the footplate. 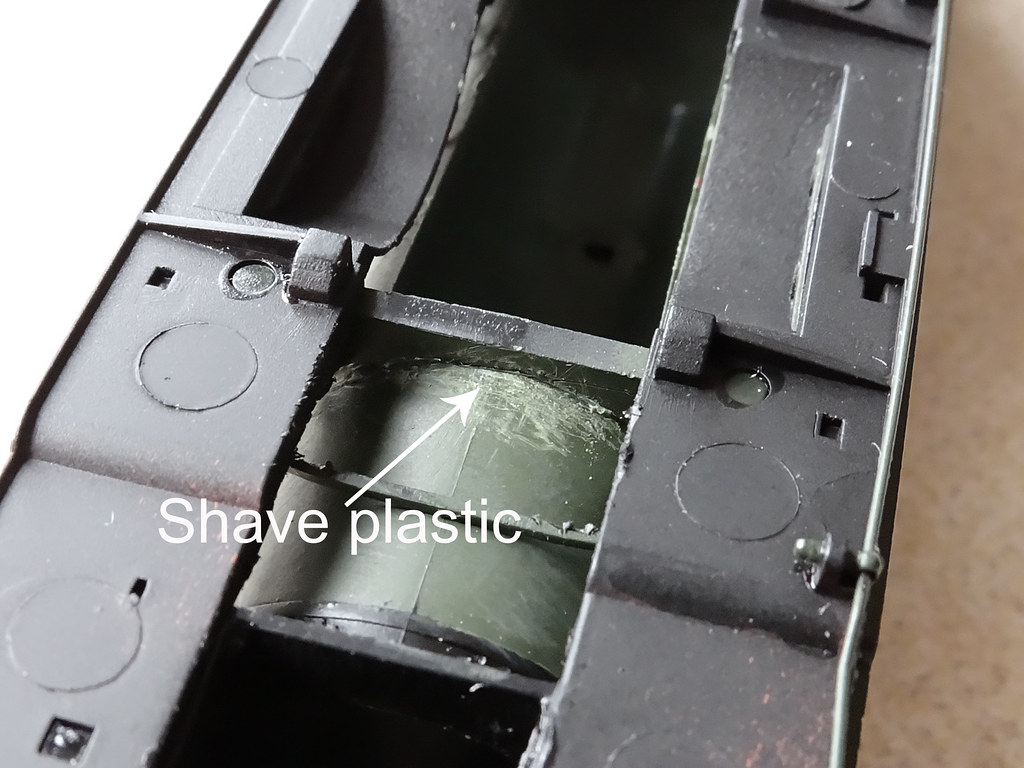 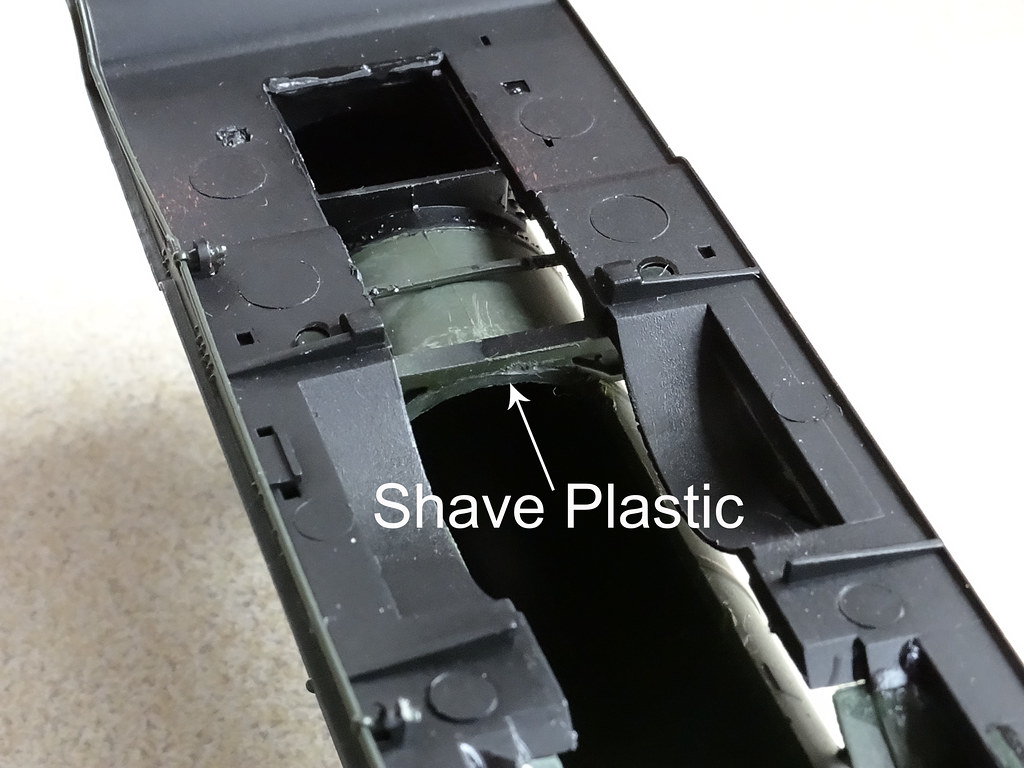 I would shave some plastic from beneath the boiler and from the cross member. It was not very scientific and more a case of where will a blade fit. However it seems to have worked and the footplate was soon dead level. I should add that to compete the straightening exercise I had to temporarily disconnect the small pipe running along the side of the footplate where it clips behind the buffer beam. After a little bit of gentle massage it can be pushed back with a better alignment. 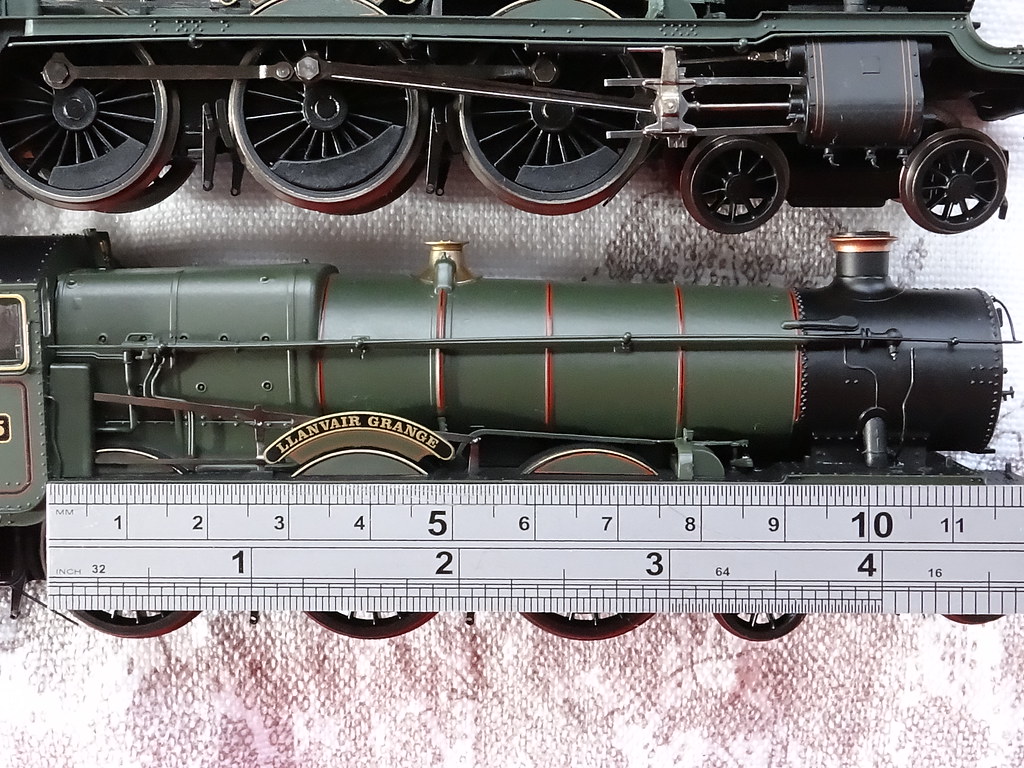 In all the excitement I had dislodged a piece of bent wire at the side of the smoke box. Could I figure out how to put it back – no! I would look at Bucklebury Grange.

It appeared to me that the piece of wire on my model of Llanvair Grange was formed as a mirror image of the one glued in place on Bucklebury Grange. It is steel wire and is not easily reshaped. However deed done and with a new coat of black paint I don’t think it looks too bad. 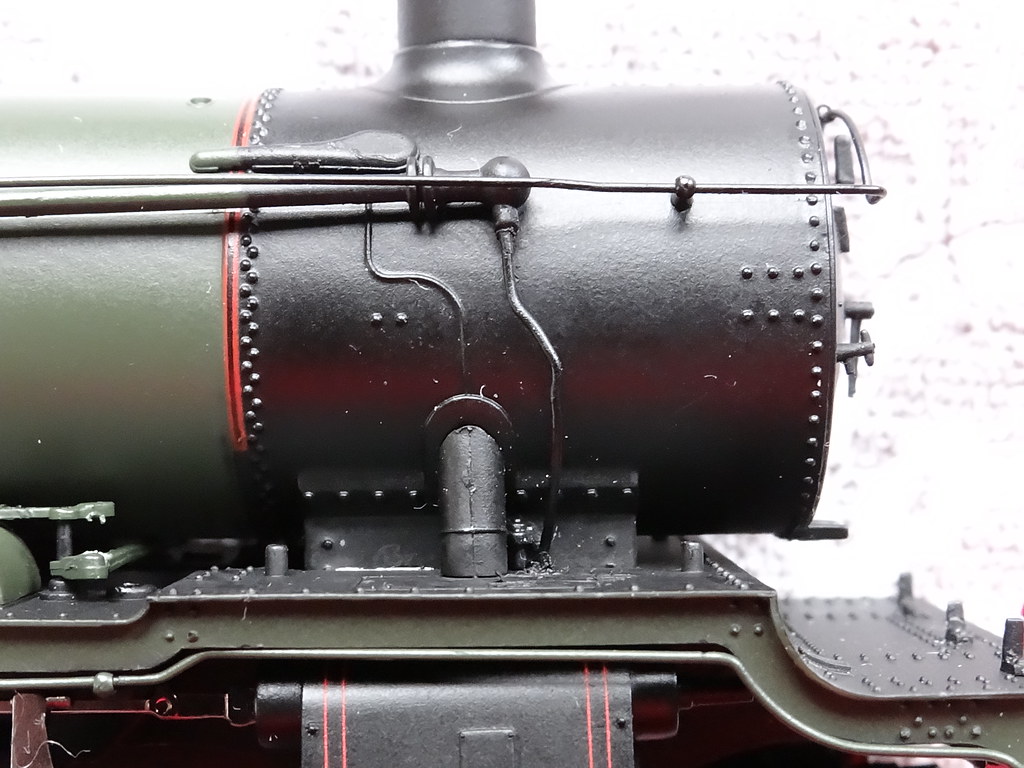 I didn’t take a before picture of the smokebox so have no way of knowing how the ‘wrongly shaped’ wire had been attached. Perhaps I have got it wong? Equally I cannot imagine that my model was the only one so fitted! 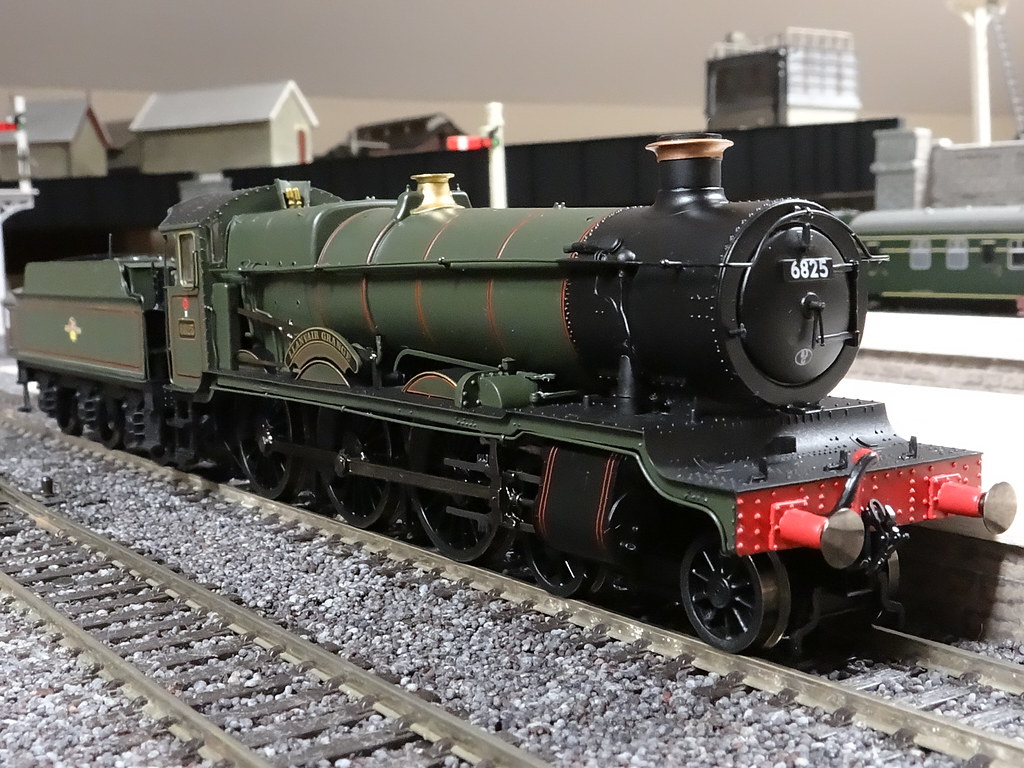 Llanvair Grange has been ballasted with some extra lead and is back together with not too many bits broken. It is a lovely smooth and quiet runner – so a good outcome.