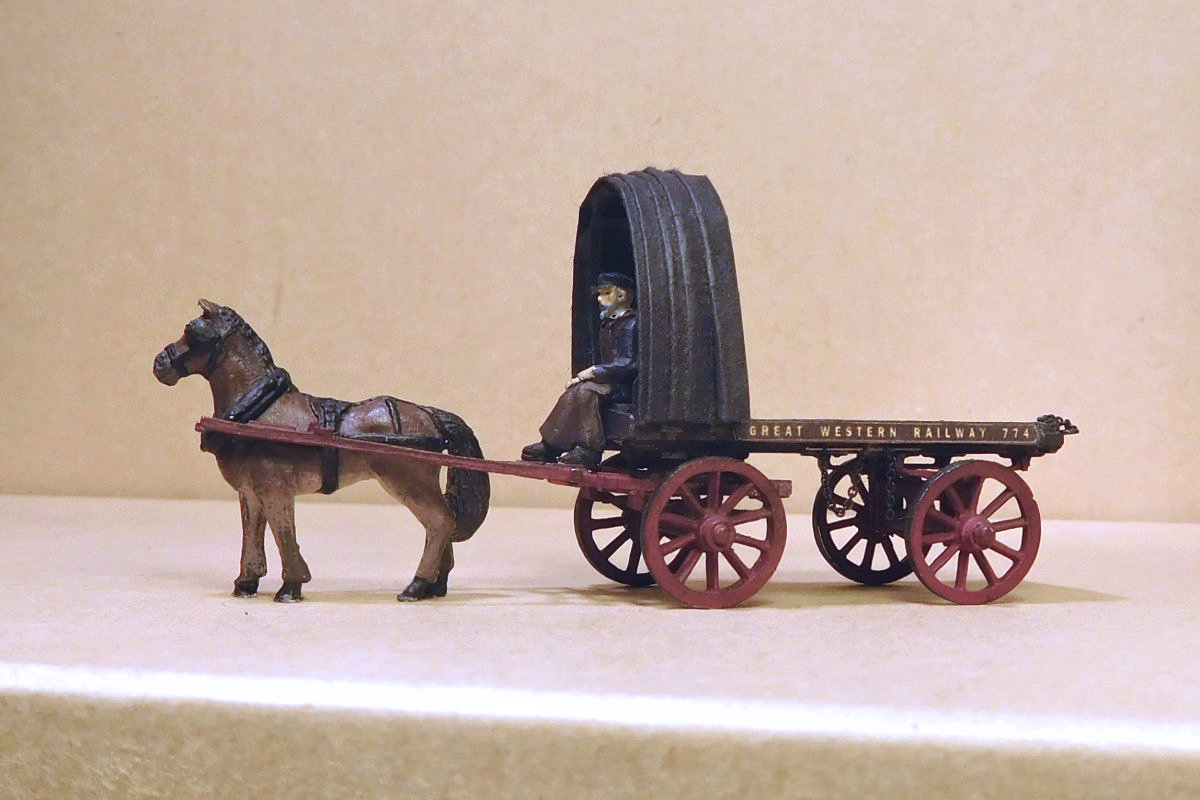 I've been finalising a batch of horse-drawn vehicles for Farthing. First one done is a light one-horse dray – or trolley, as the GWR called them. It's of a type that some GWR drawings refer to as the “Birmingham pattern”. There was a variety of designs of this type from the 1890s onwards, but the main distinguishing feature was the front-mounted protective tarp, and a carter’s box seat beneath it. The name shouldn't be taken too literally. Photos and drawings show that they were widely distributed around the system, including at e.g. Slough and Ilfracombe.

I’ve previously scratchbuilt another Birmingham pattern vehicle, but that took ages so this time I decided to modify a generic Dart Castings kit (ref L45). I found a drawing in 'GWR Horsepower' which is a reasonable fit, give or take a mm here and there. The following photos show the main steps. 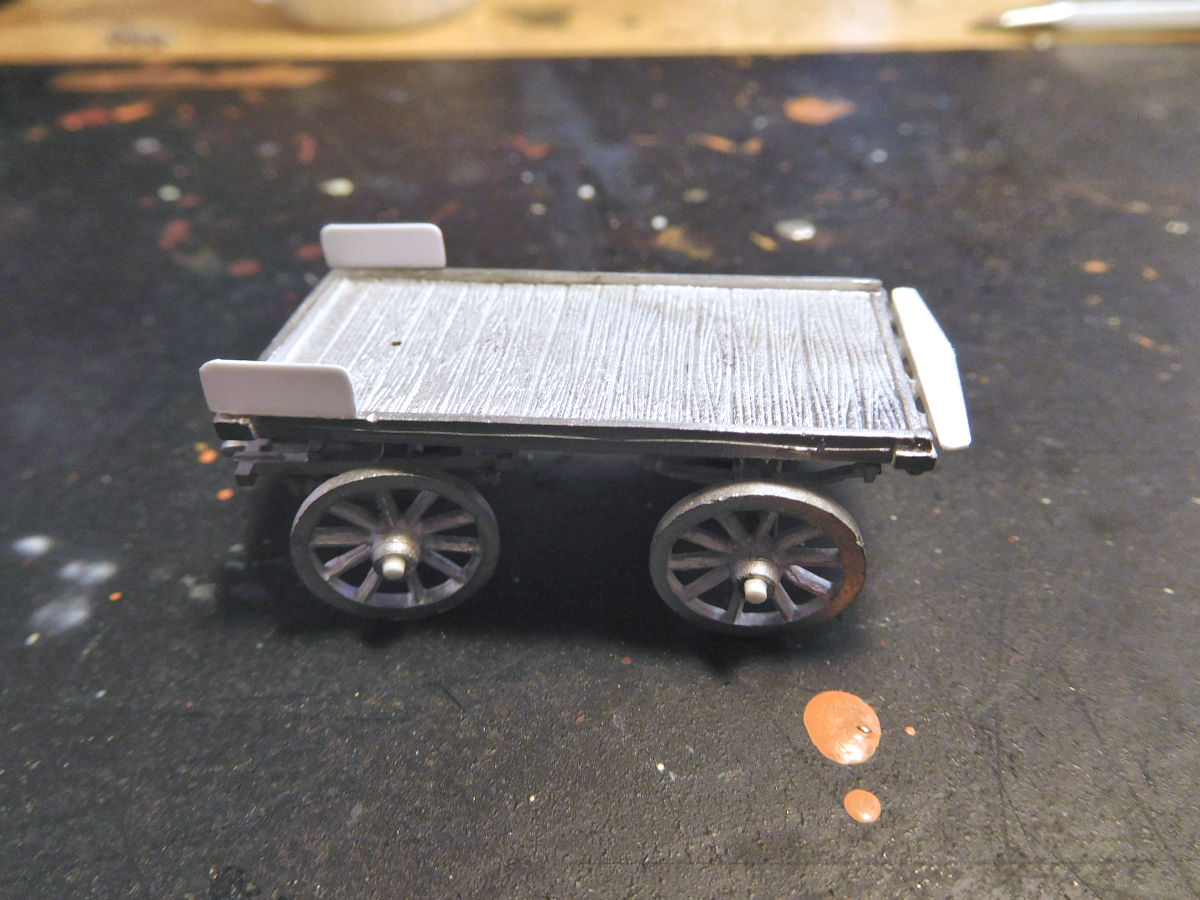 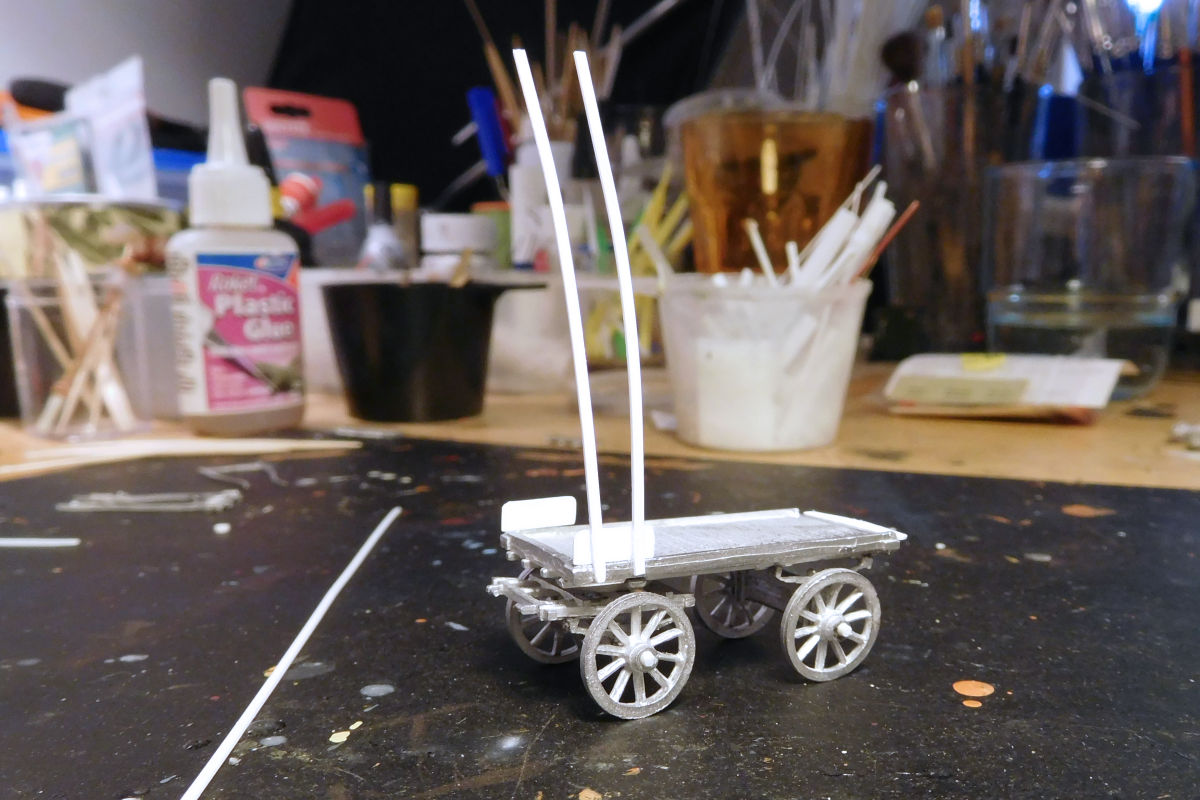 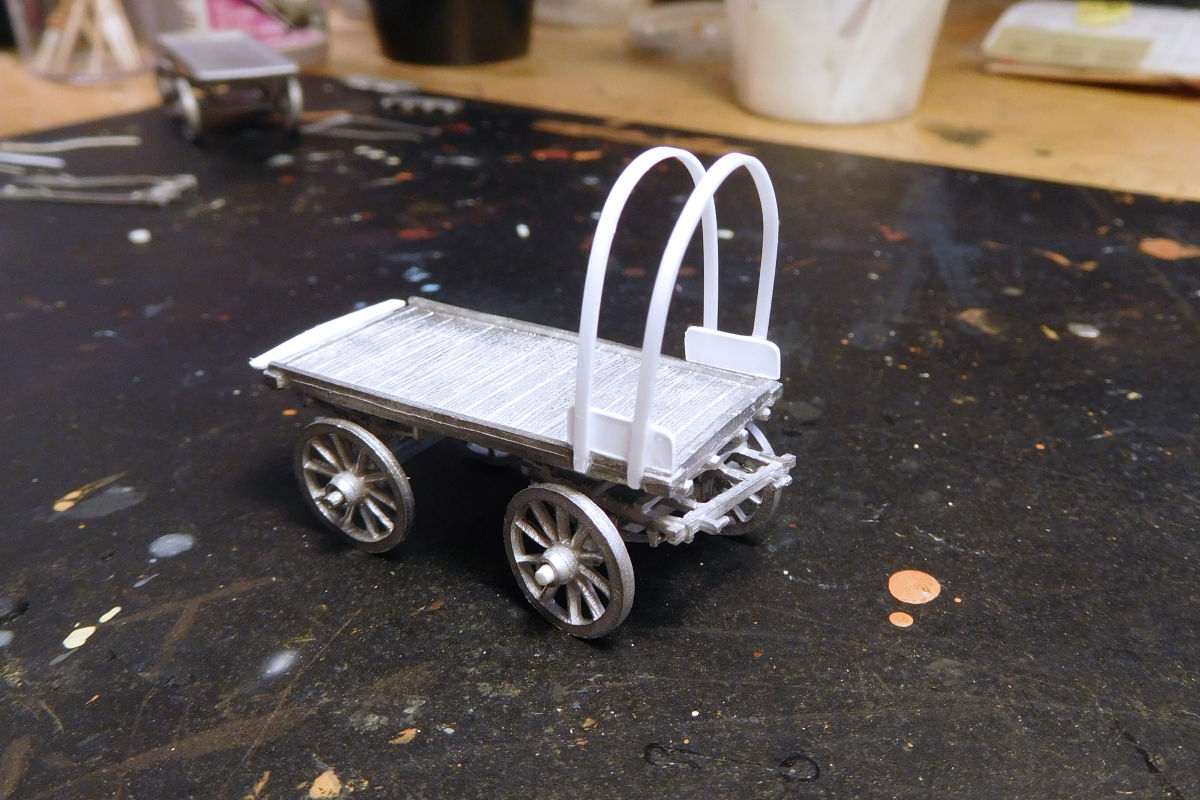 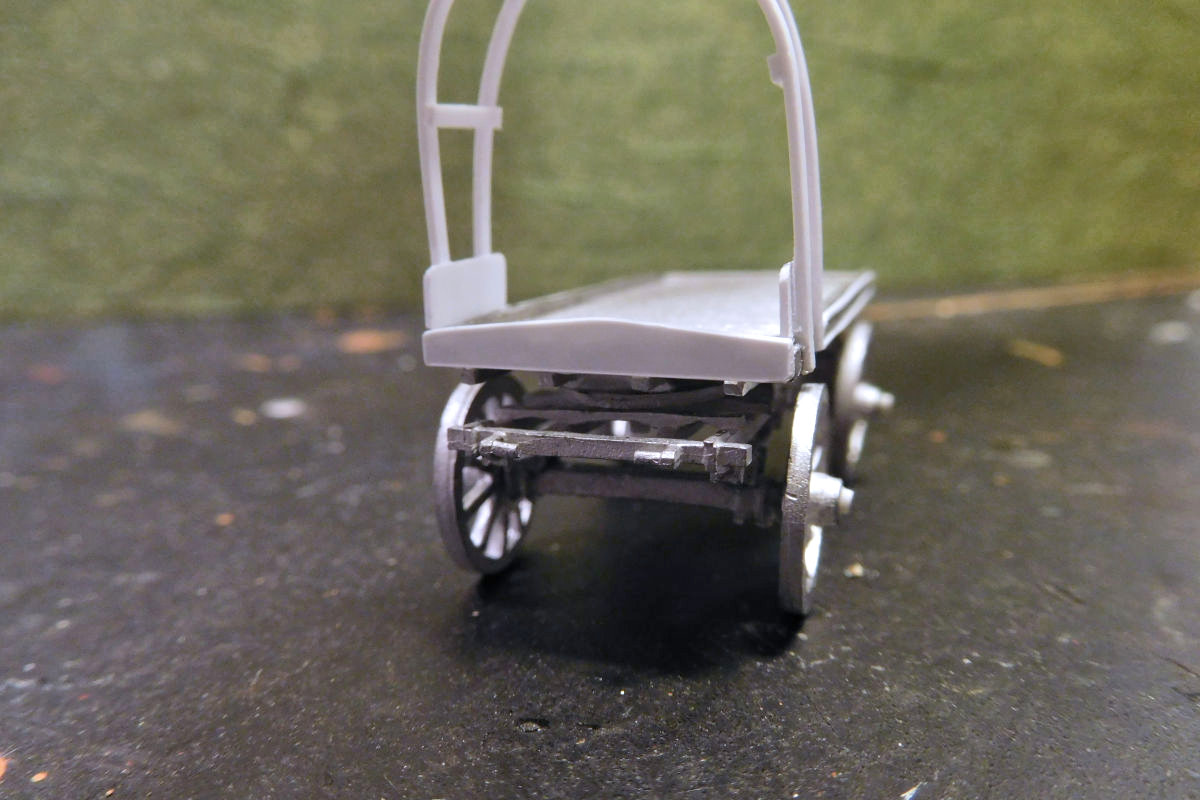 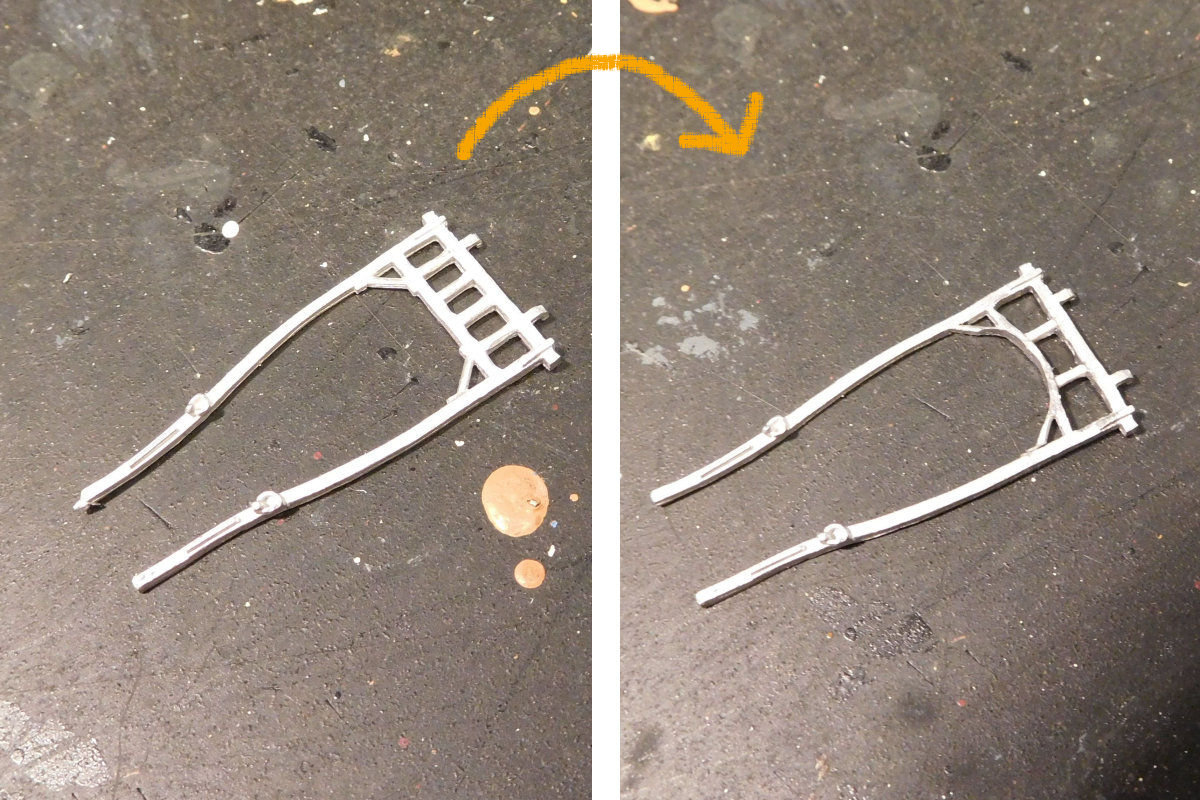 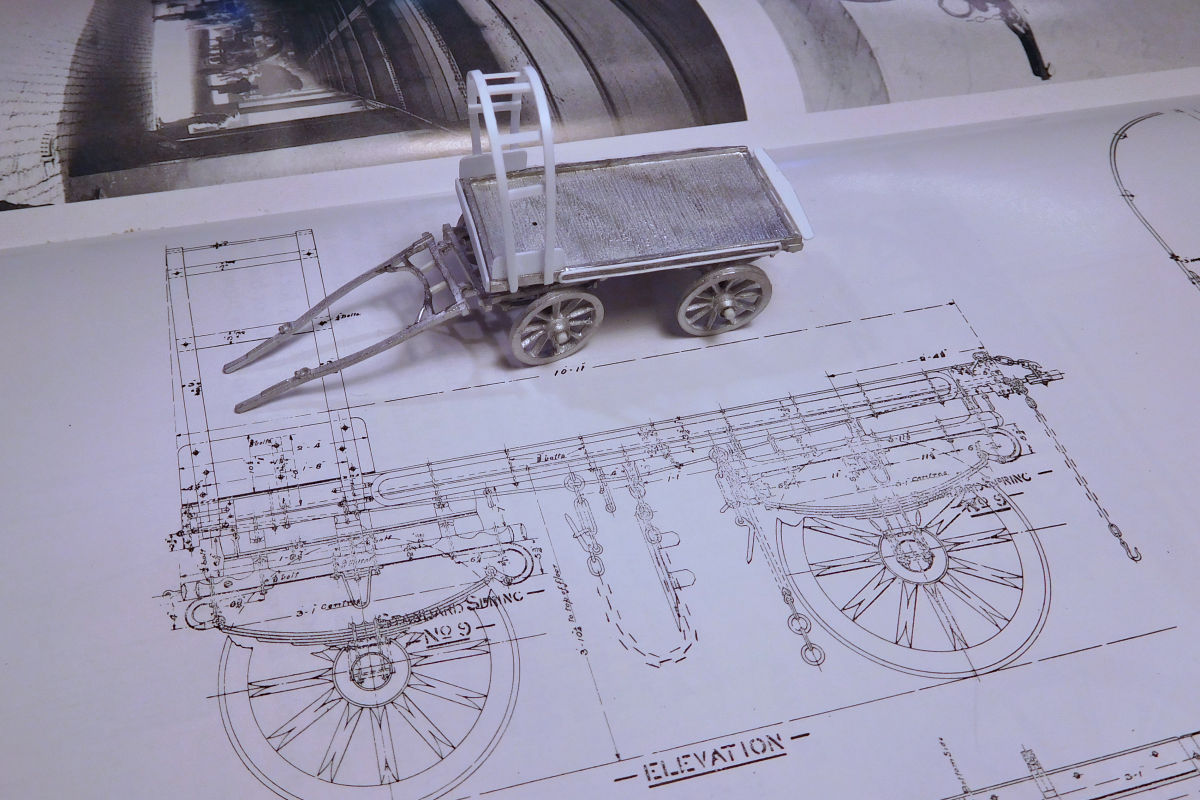 I initially fitted bolections to the sides, but later dispensed with them (see below). Probably shouldn't have. 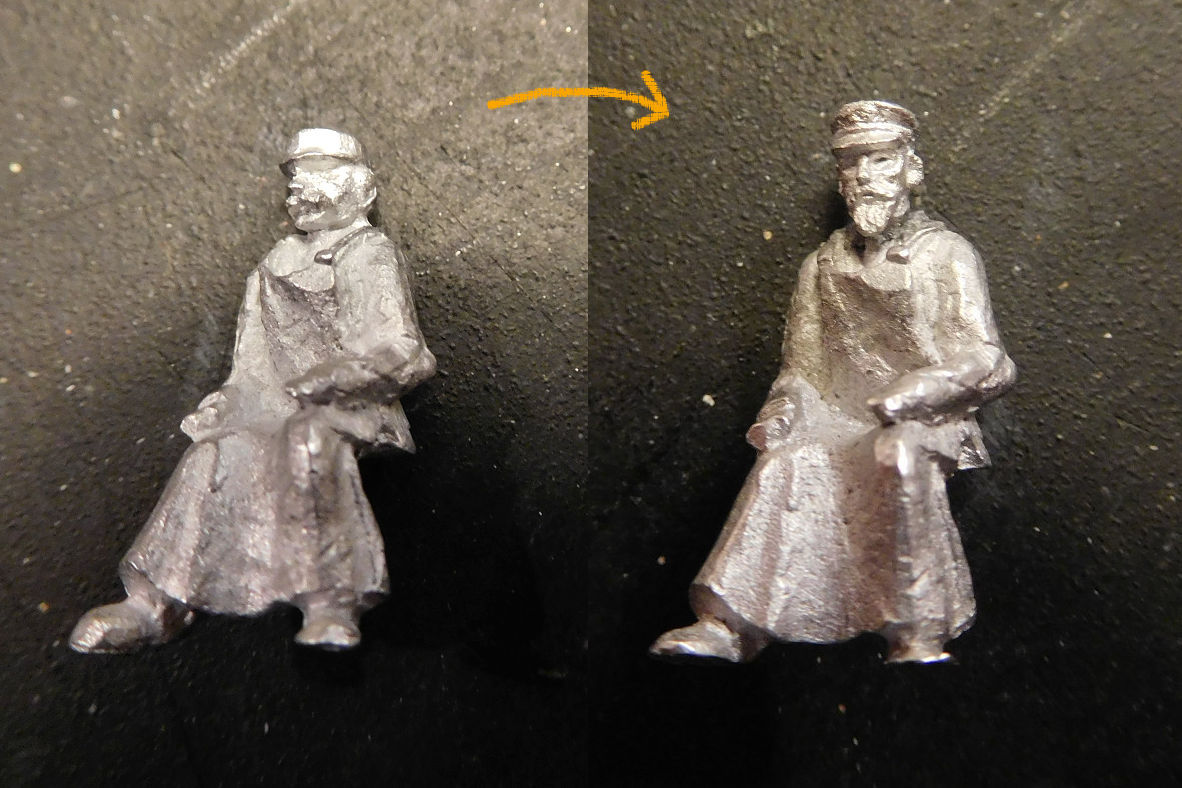 The carter was composed of a Langley body and head from the Andrew Stadden range. 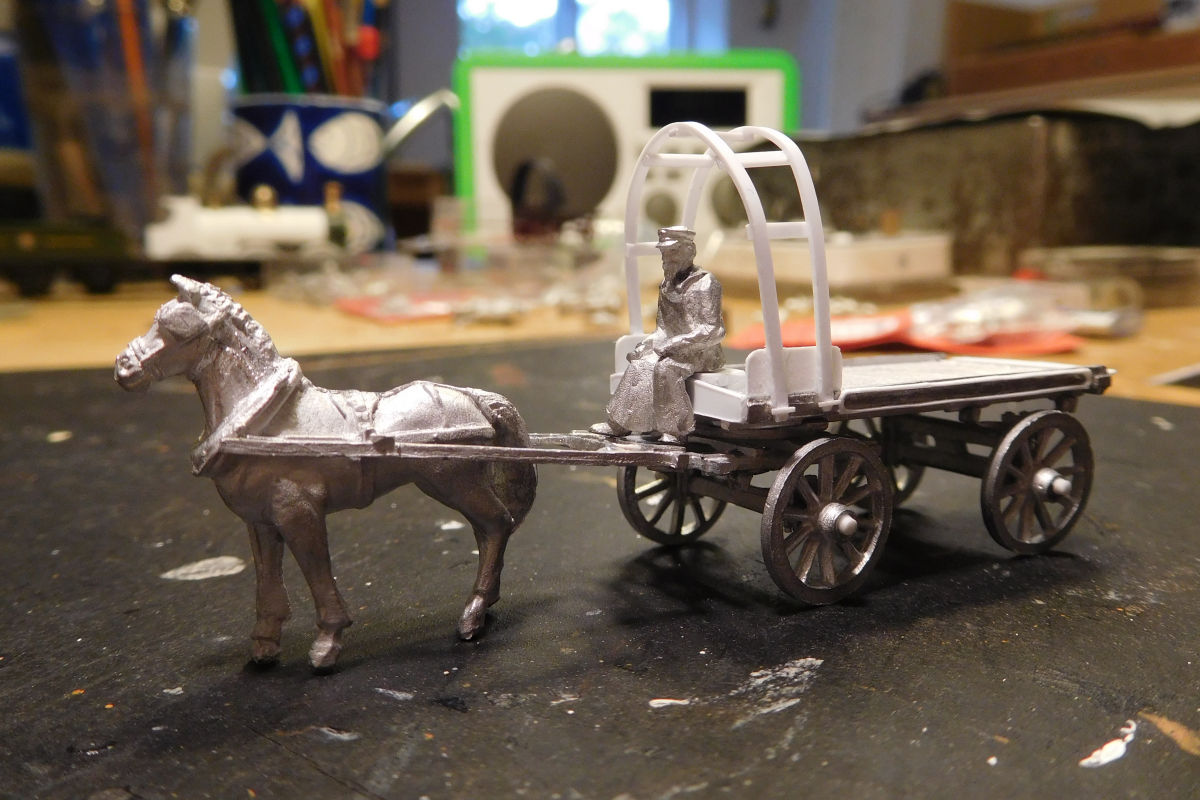 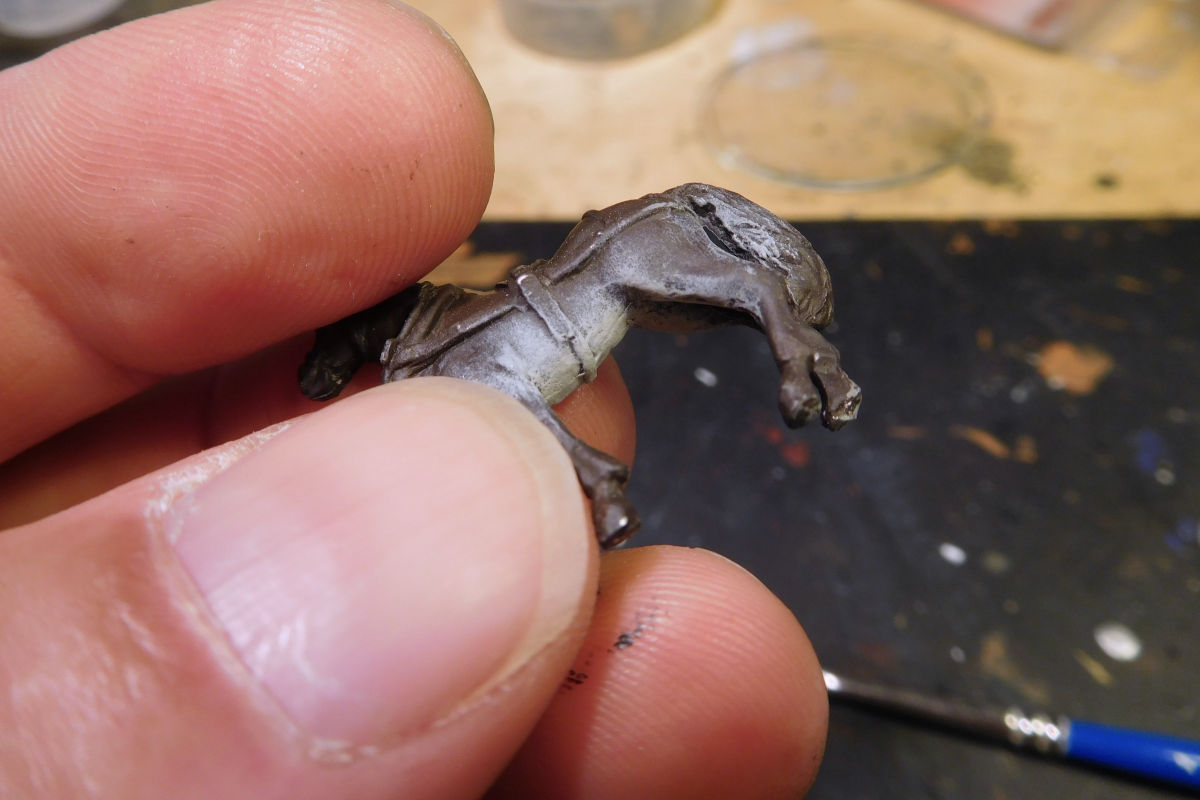 The horse is from Dart Castings. The subtle colouring of our equine friends is hard to capture, I find. Here I tried dry brushing lighter colours on a dark base, i.e. white from below and light brown from above. Works OK in close-up, but once on the layout you can’t really tell the difference! 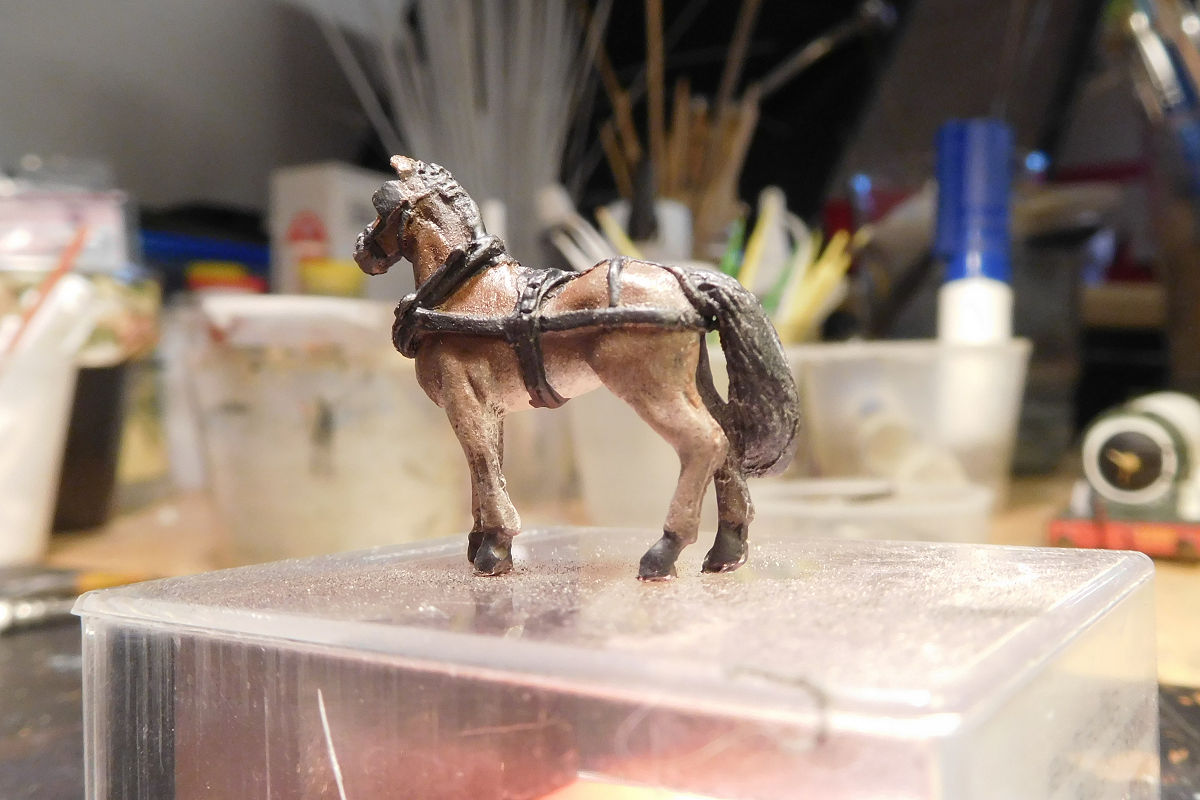 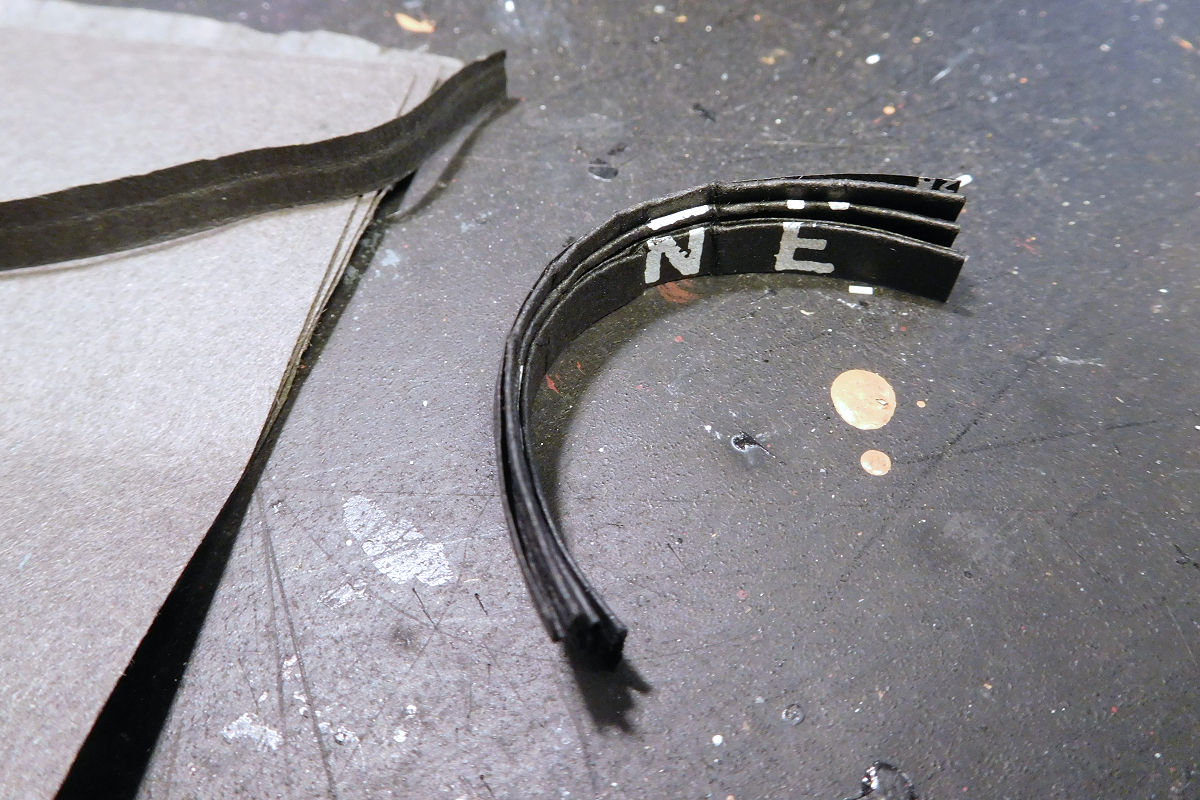 The tarp on these vehicles could be pulled back and draped over the load in case of rain. I folded it from a spare Smiths tarp, cut to size. 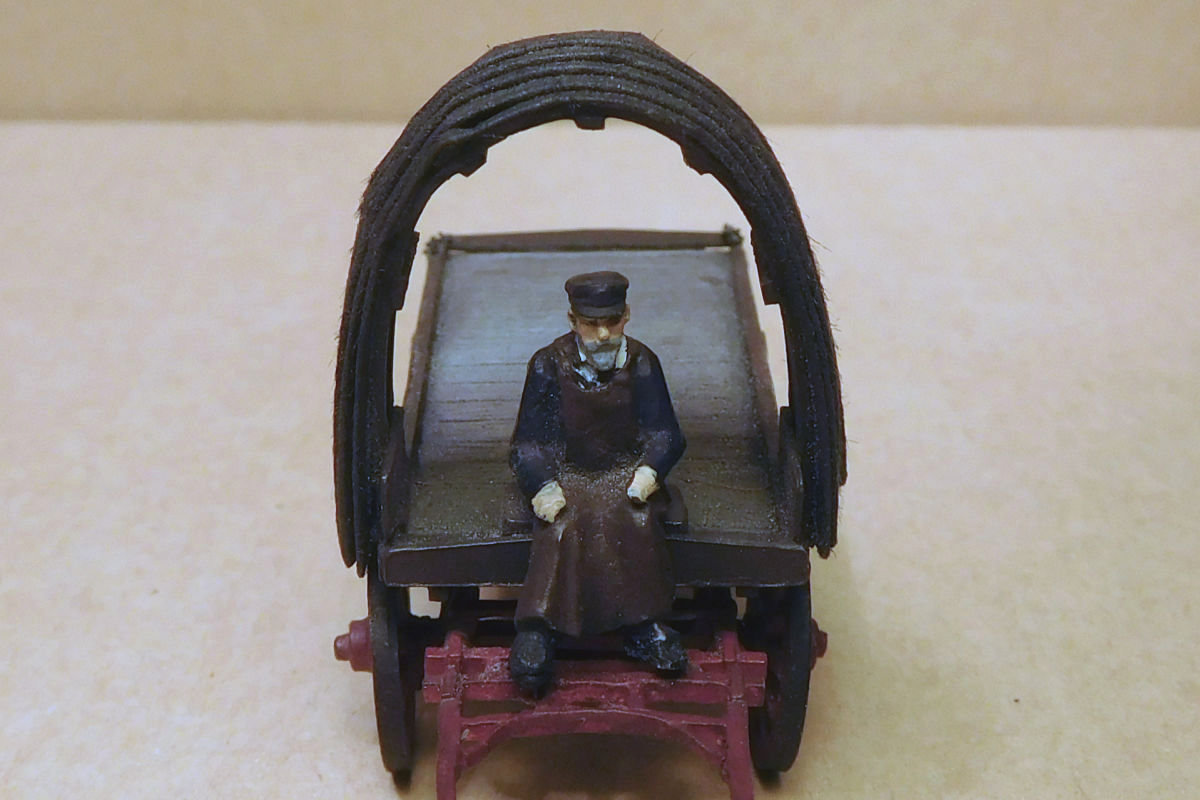 A central box seat was made for the carter. It's a bit lower than it should be, to accommodate his short legs. 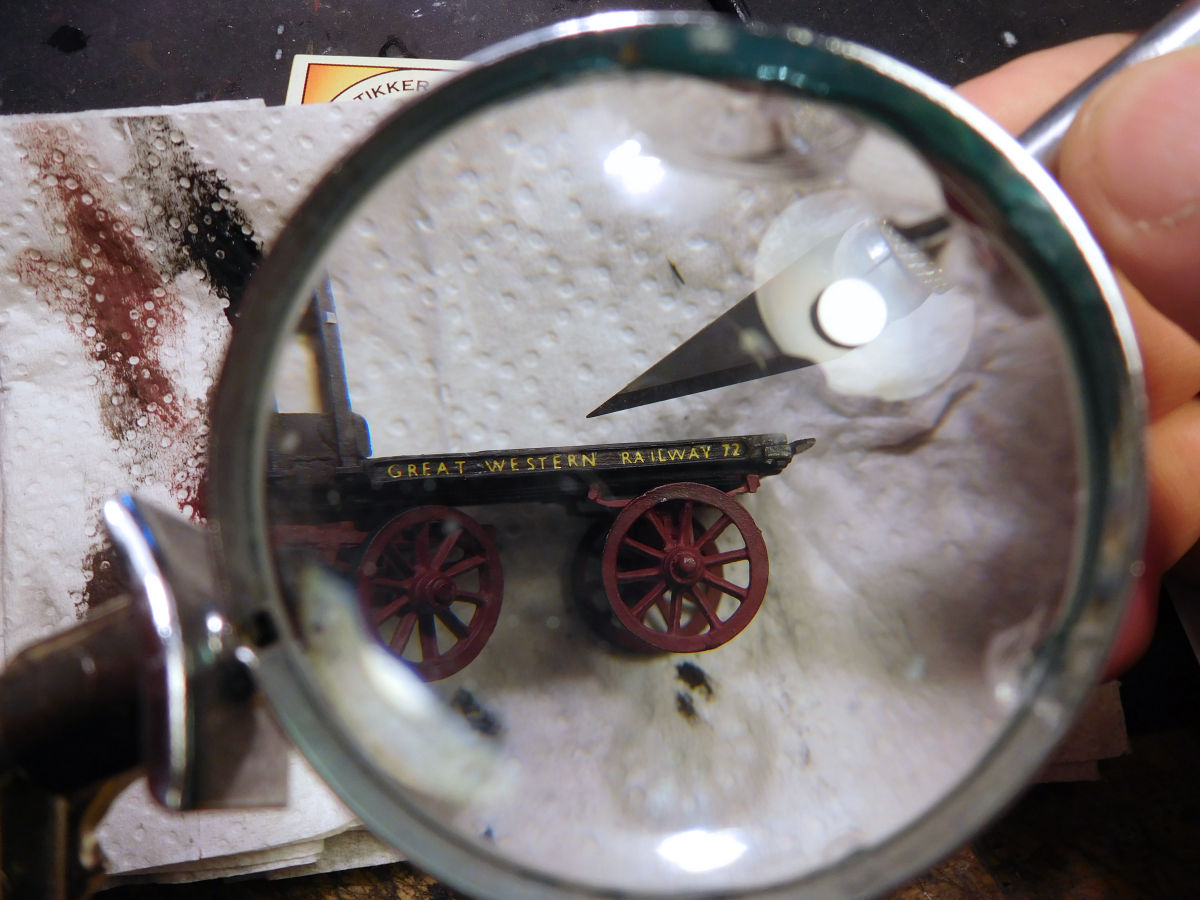 Lettering is always a problem for company vehicles. I first used coach lettering off the HMRS sheet as per my earlier model of this type, but wasn’t happy with the result - and the font isn’t right anyway. 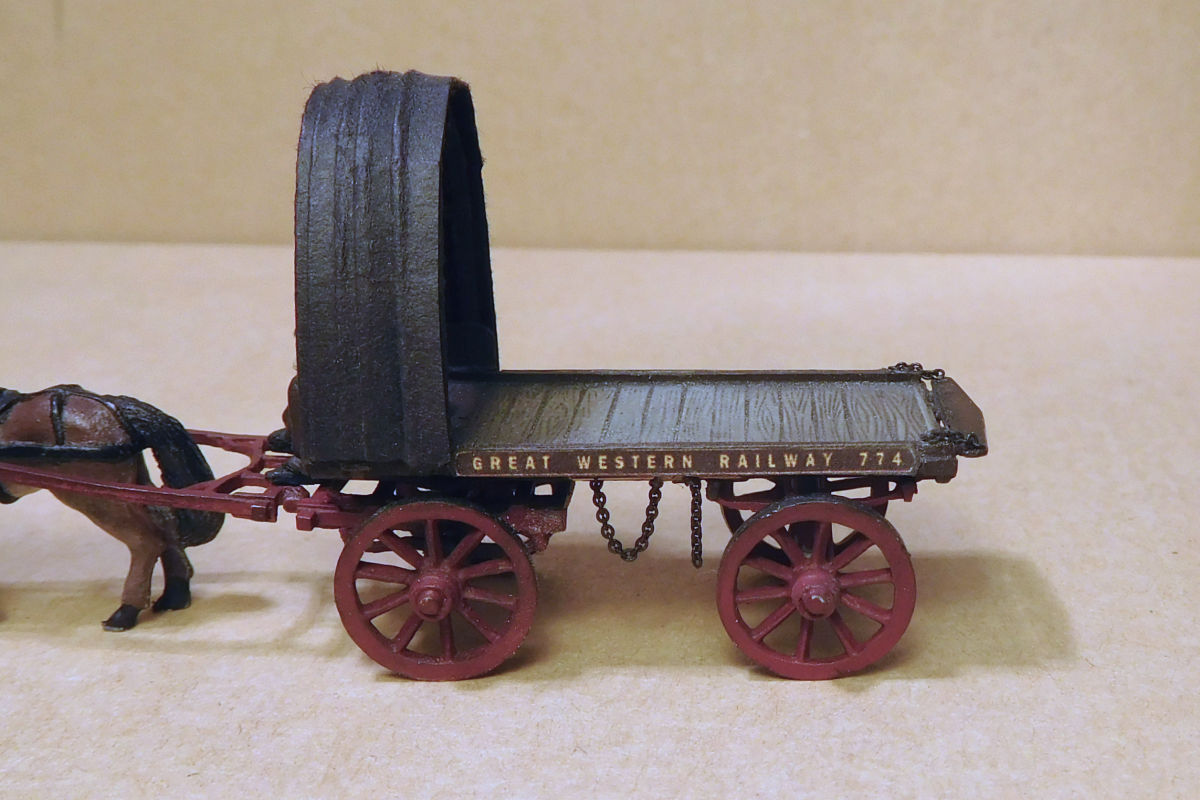 After much back and forth I had a "modeller's fit", ripped off the bolections, and fitted a simple printed side. It’s not ideal, next time I’ll make my own transfers. Fortunately, photos show much variety in lettering style in the 1900s. The fine chain is from Cambrian, great stuff and still available from H&A Models. 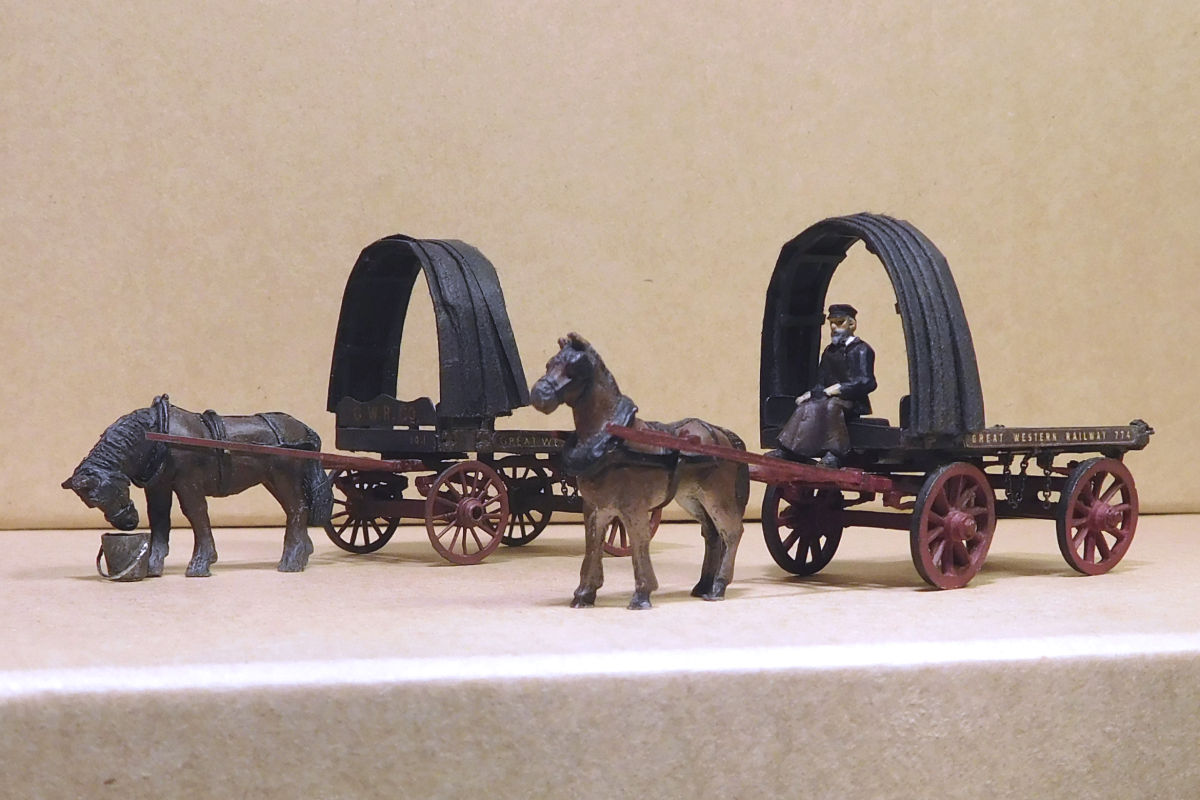 The new trolley posed next to my earlier model on the left, which shews a different type of headboard (and no box for the driver, must get roundtuit). The scratchbuilt one has more character I think – but the kitbashed one was a lot quicker!

I'll leave it there for now, these entries are becoming too long and unwieldy! More on the other vehicles shortly.