With the CMRA Stevenage exhibition coming up this weekend, I have been busy adding some detail bits to the rear half of the layout, while it is still accessible, before starting on the foreground stuff. I hope visitors to the exhibition manage to spot them.

The figures are mostly ModelU, except where noted.

The newsagent now has a browsing customer, matching the photo of the real thing that I have. 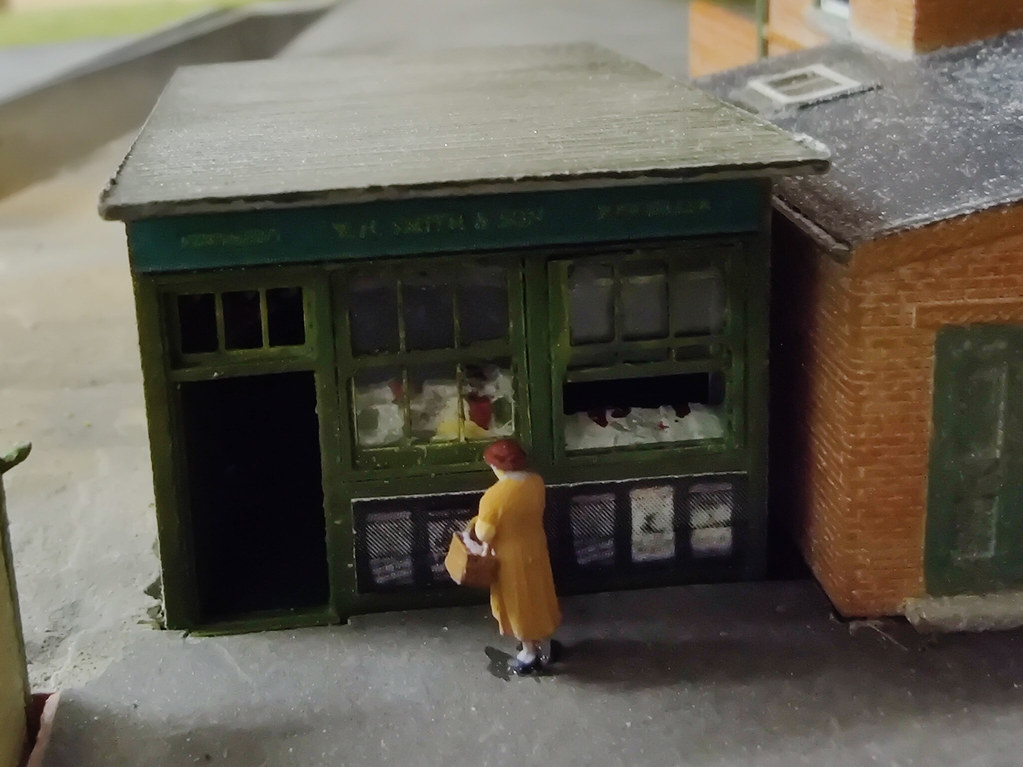 The old git on the bench is a 3D scan of me. 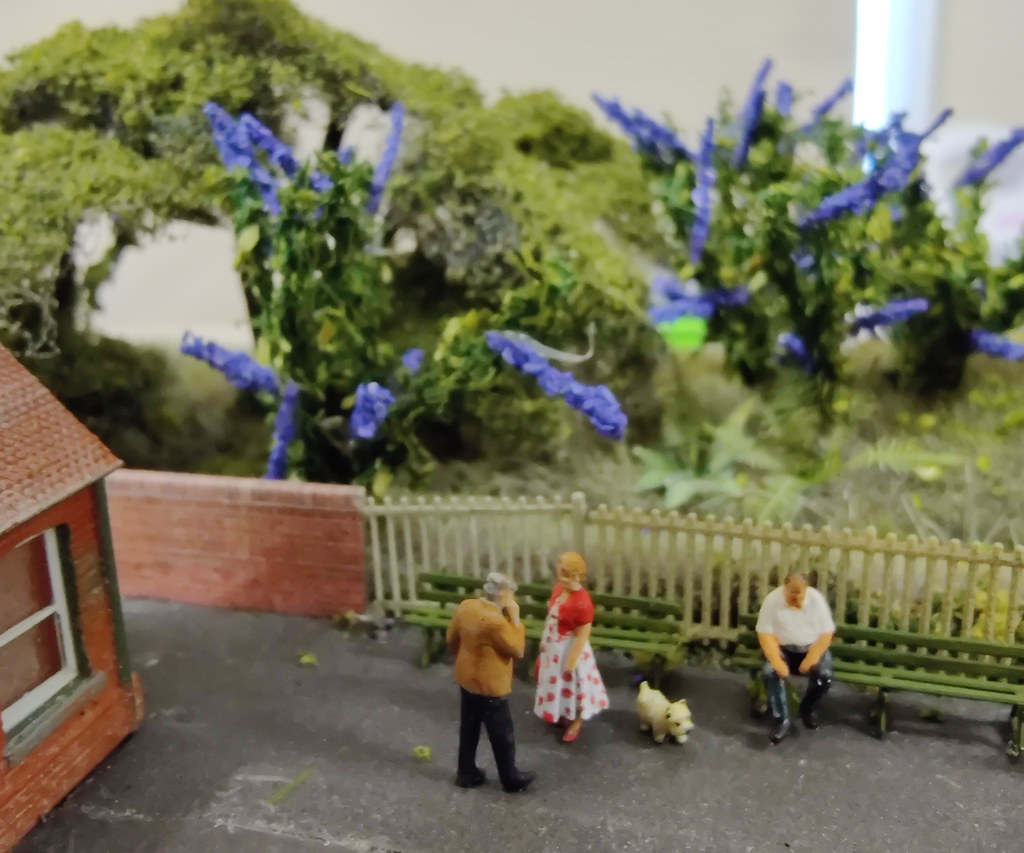 Some army guys, possibly connected with the rocket testing base that is about to be constructed nearby, have dropped down from the lorry and are slipping in the rear entrance on their way to some well-earned R&R. These are Gramodels white metal figures. 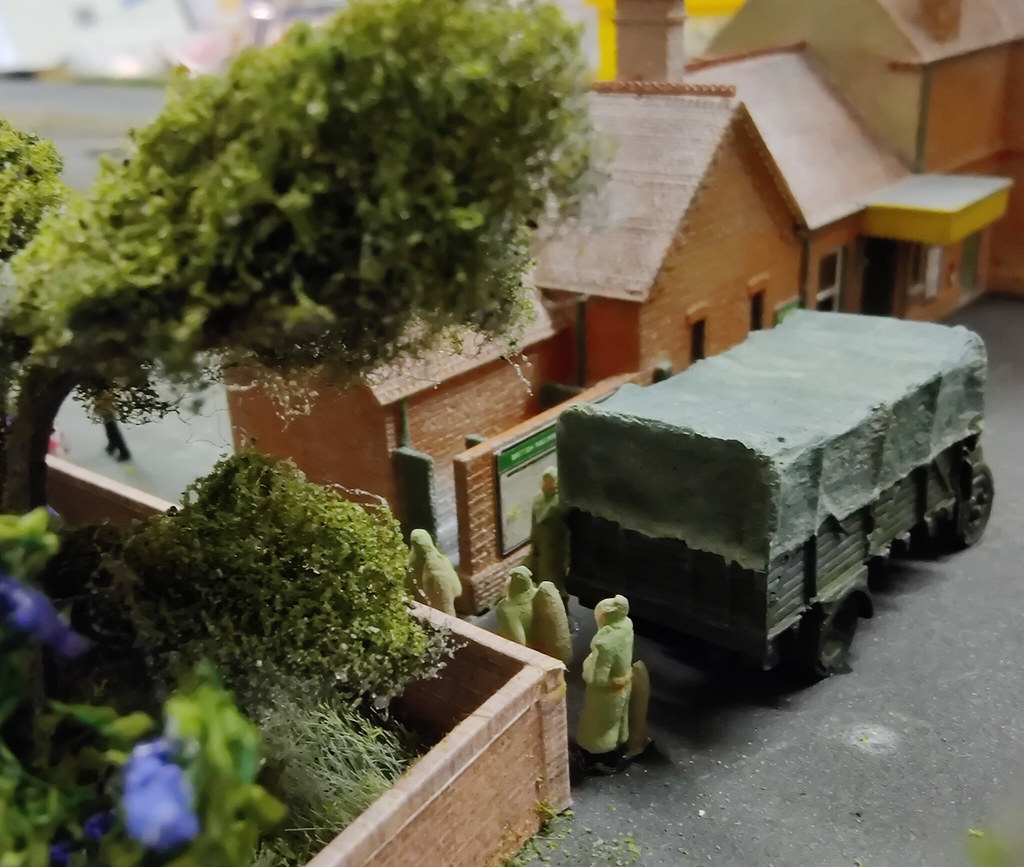 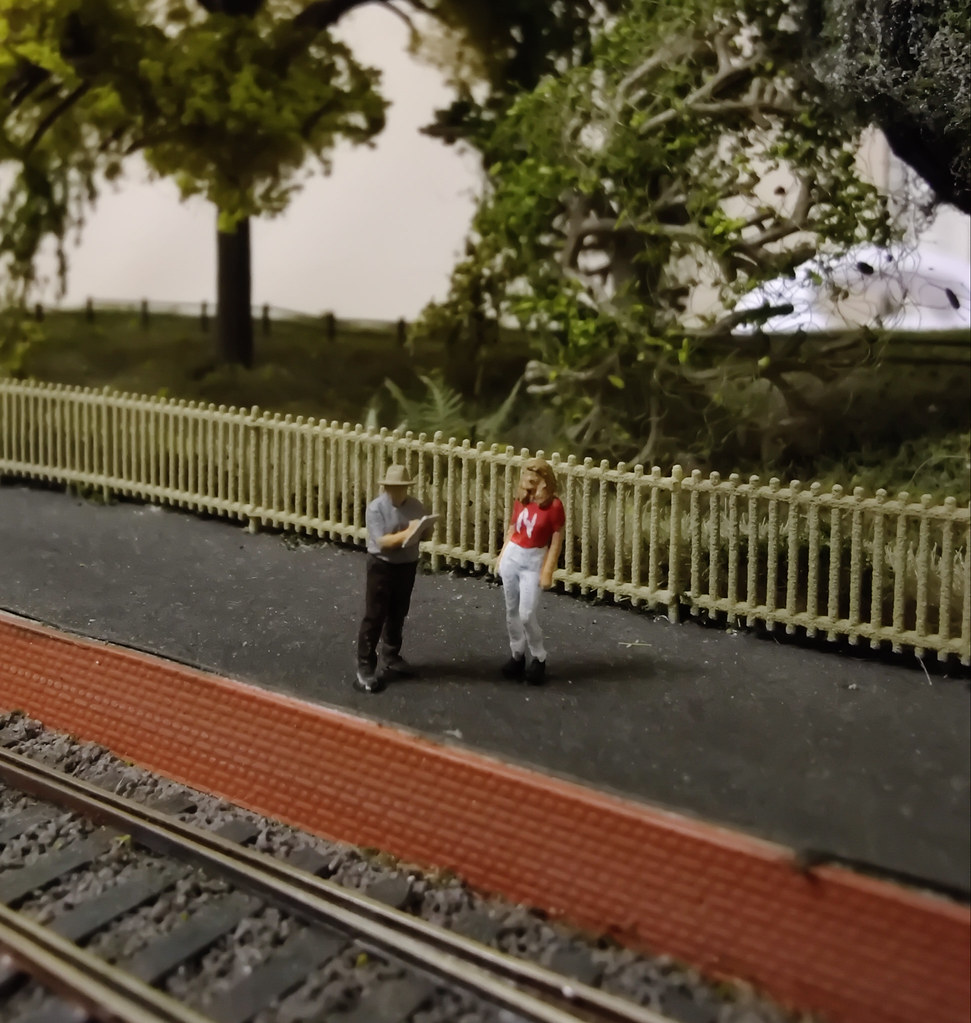 I had this 3D printed by Shapeways, but for some reason the small letters F, T, L and Y did not get past Shapeways error checking. I will have to do it again when I get some time. 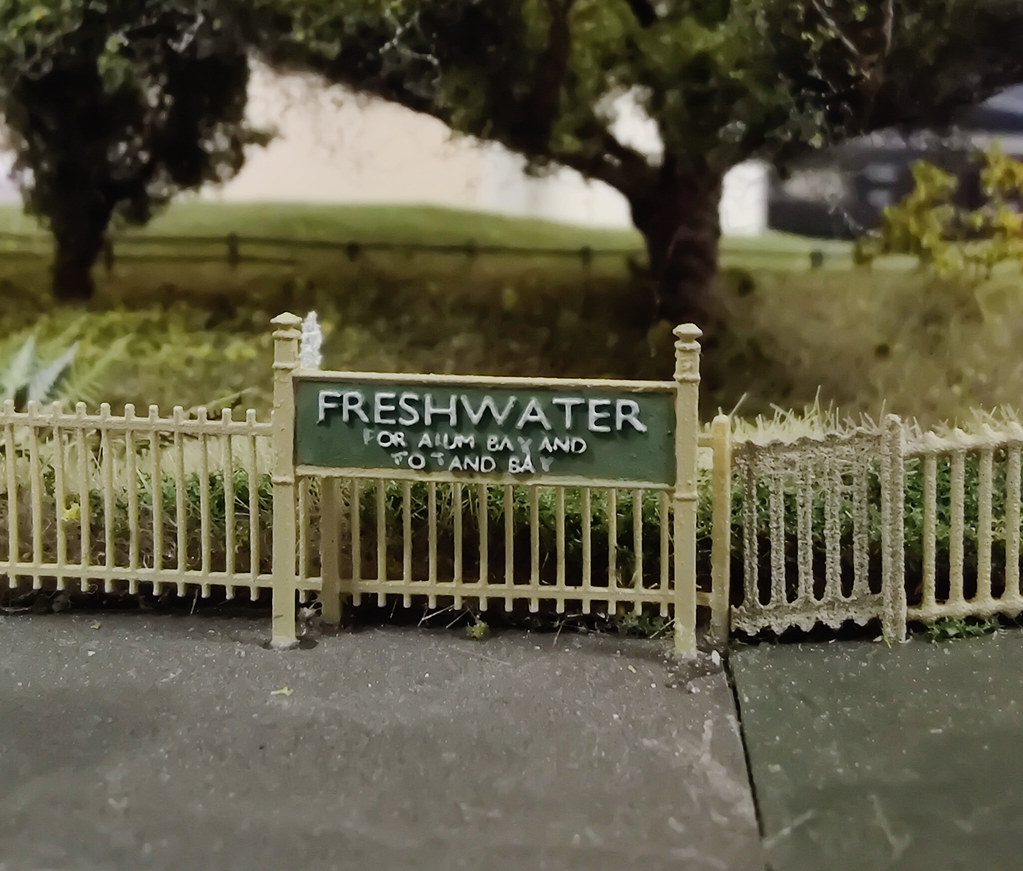 I have also added point levers in the goods yard, and a shunter to operate them. I do not know how long they will last as I have already demolish two of them and had to replant them 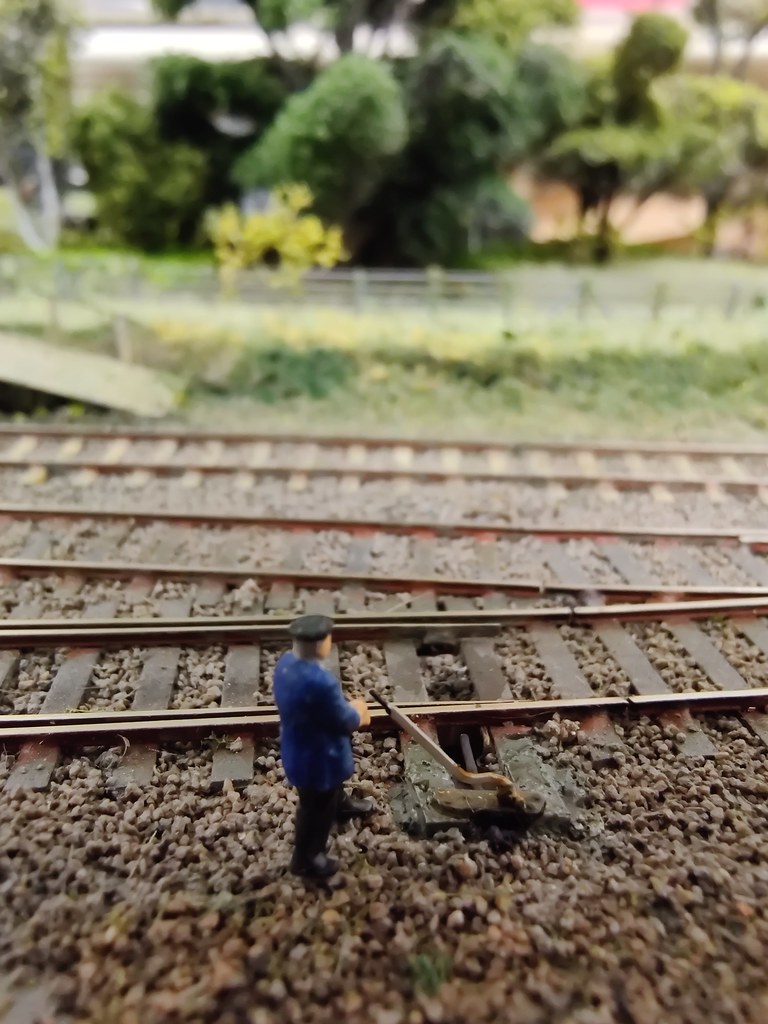 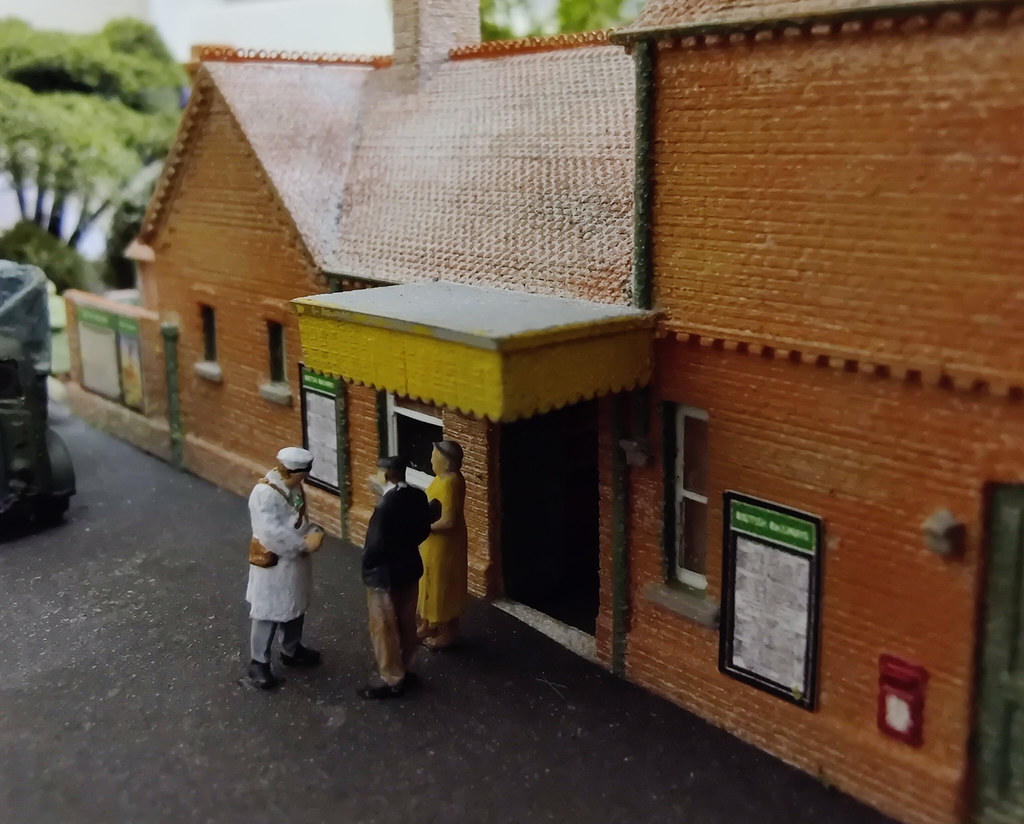 Meanwhile, the station master is checking tickets and looking at his watch to see how long it will be before the next train. It could be a long wait, the way we operate the layout. The conifer appears in many photos and a video of the station, so had to be modelled. It was formed from Milliput, and covered in fine turf. 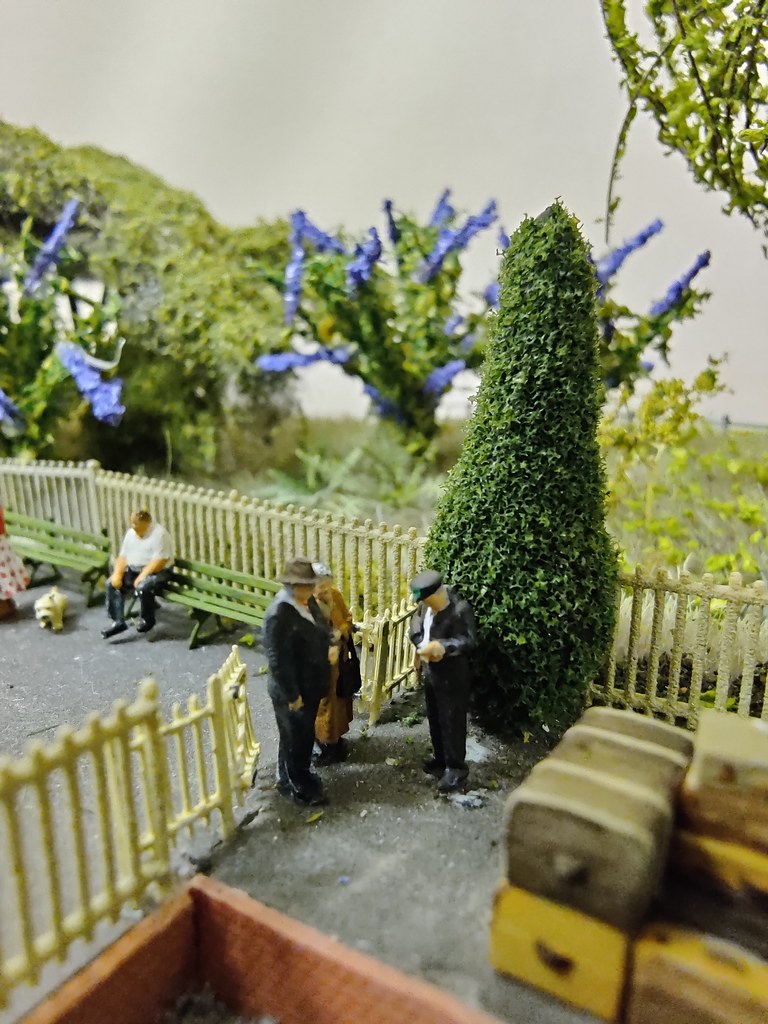 This couple are from Hardies Hobbies. There are now 5 lamps on the platform, of three different styles. The columns and lamps are 3D printed, and the swan necks, or circular necks are 0.3mm nickel-silver rod. 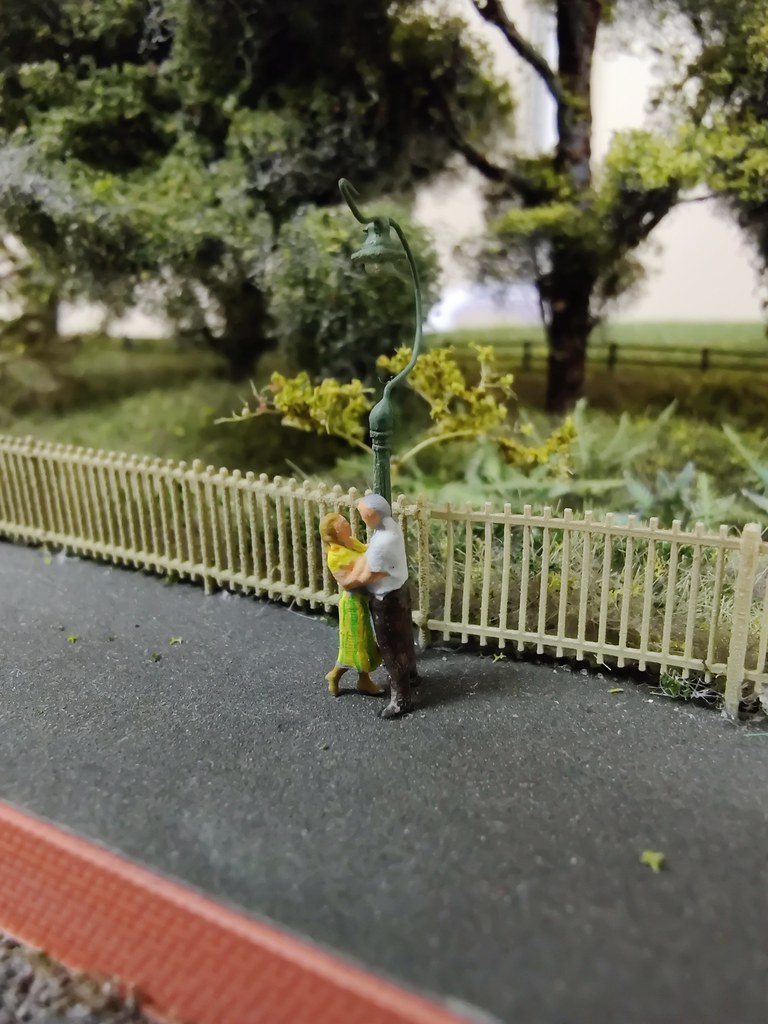 Luggage in Advance (LIA) was a big feature of traffic on the Island's railways, being delivered to the stations in various vans (including fish vans which prompted many complaints) ready for holiday makers to start their vacation. 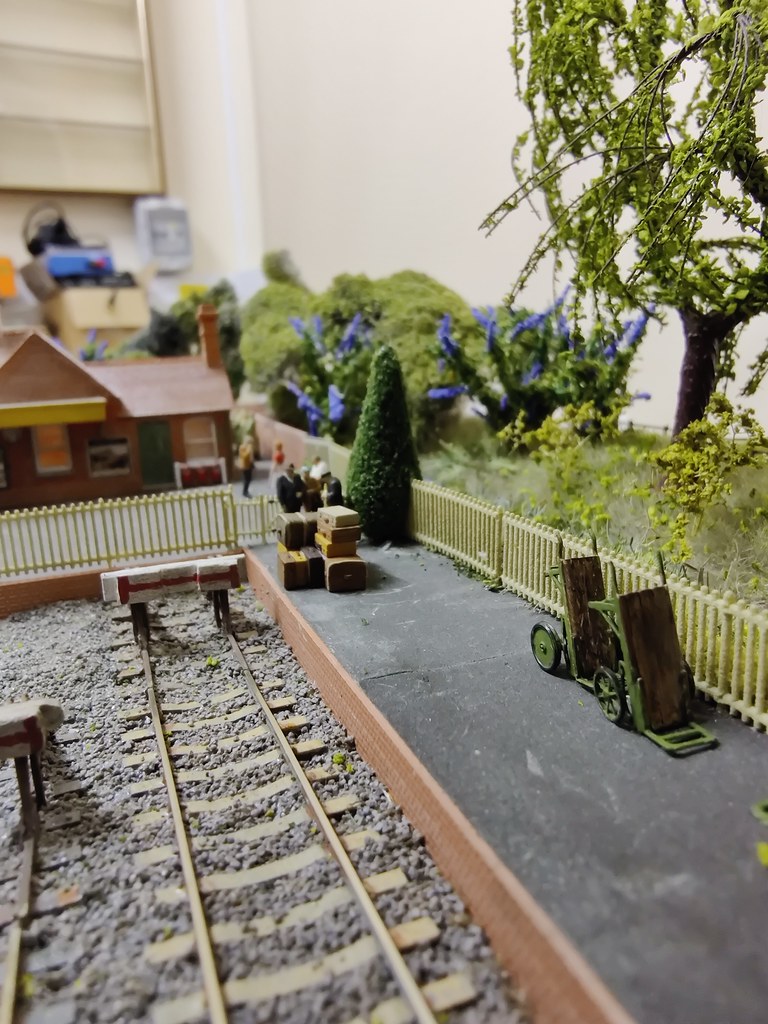