With 009 goings on with Wadenhoe Road my OO builds have been put on the back burner. Hopefully this year will see a new OO gauge layout once more set in Northamptonshire with an iron stone theme.

Some of this stock I've had waiting around for getting the air brush fired up will no doubt make an appearance on the new layout.

Like many before the Dapol unfinished wagon body shells can be bought for less than £3. Mated with a suitable Parkside or Ratio chassis is a means of building up an eclectic mix of wagons.  Add in Alan Gibson wheel sets and buffers/vents from LMS and you have a very individual wagon. 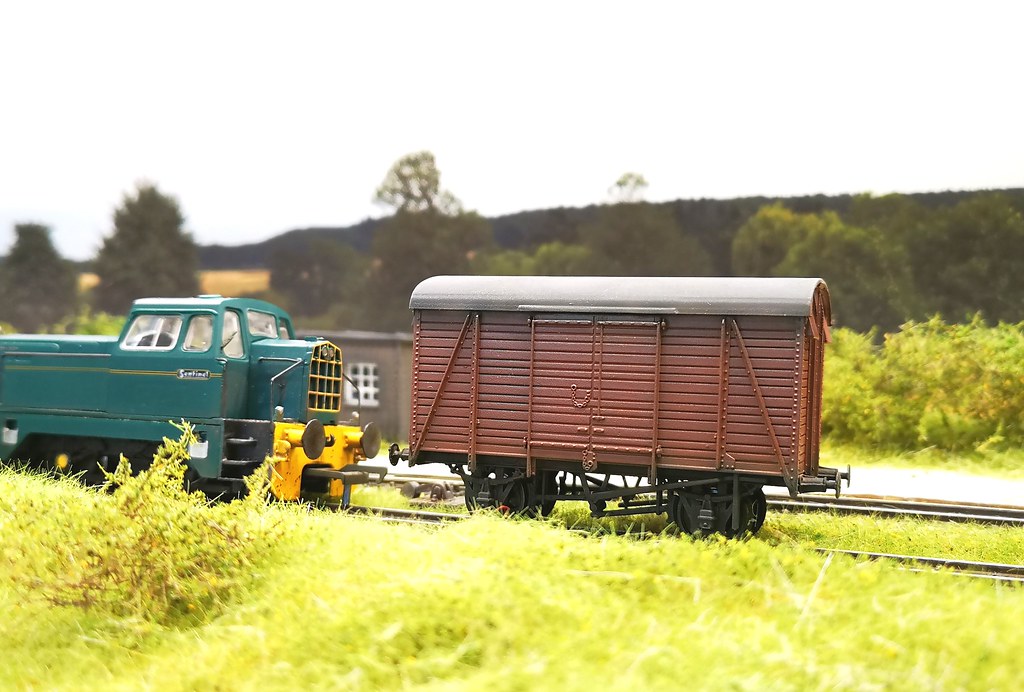 To complete the van build a lovely Parkside LNER plywood ventilated van built up nicely from one of their kits. 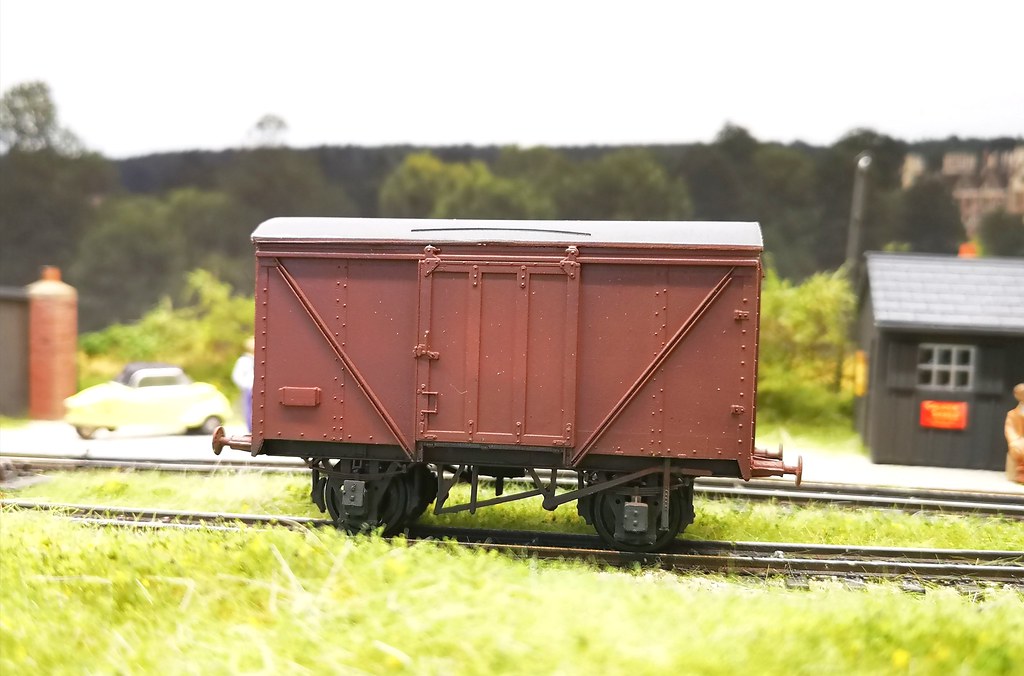 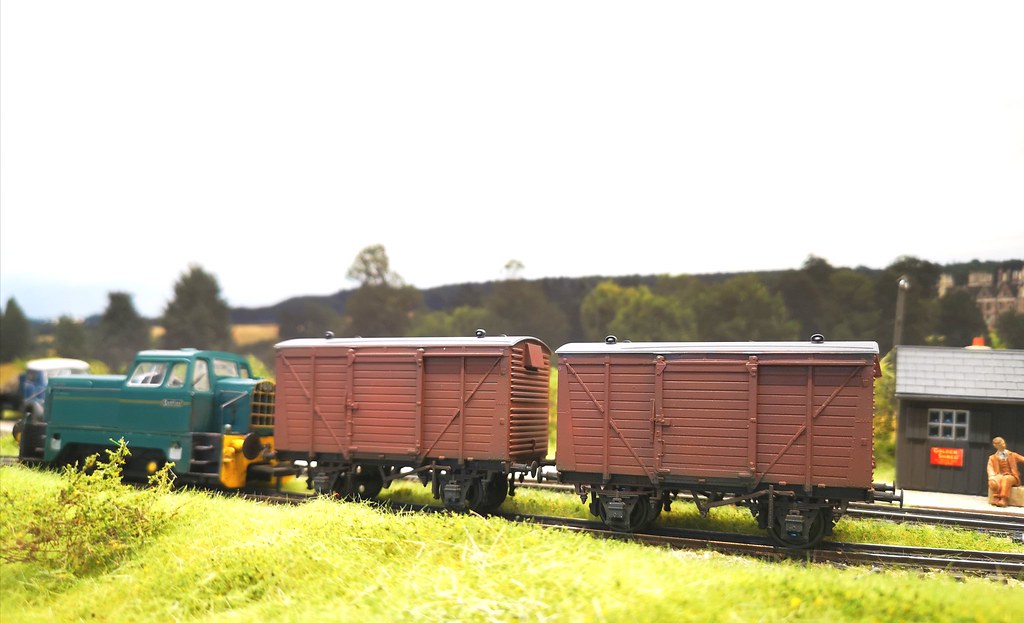 Suitable transfers will be obtained probably from Railtec and Cambridge Custom Transfers.

Next up is a couple of Dapol Prestwin wagons which build up nicely. Finished as above and I already have the appropriate Cambridge Custom Transfers to finish. 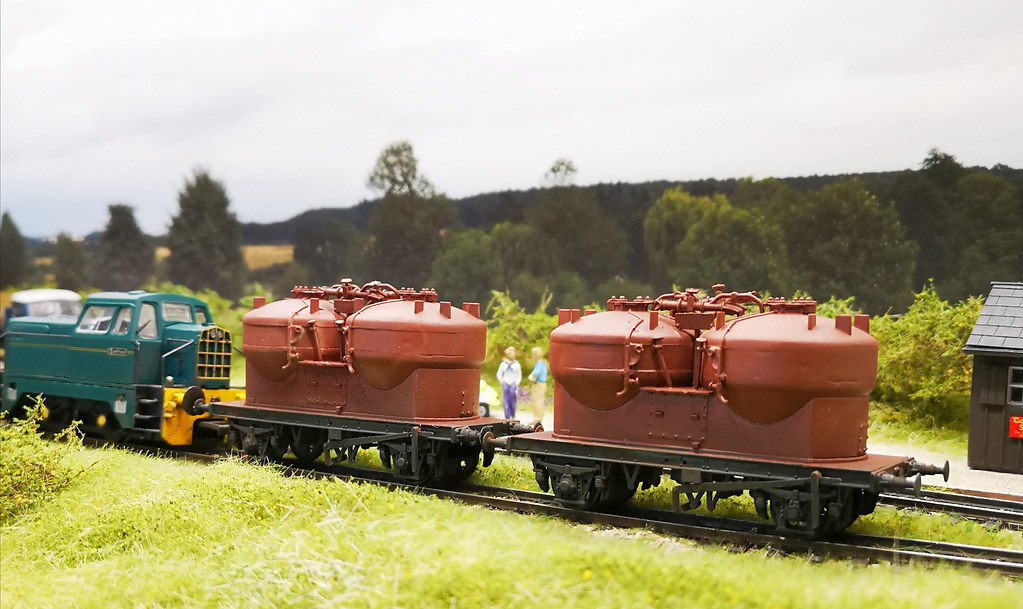 Then another Dapol kit. This time the Interfigo ferry van I'm building for a good friend. Once more LMS buffers added. Shame this wagon is HO Scale but builds up nicely. 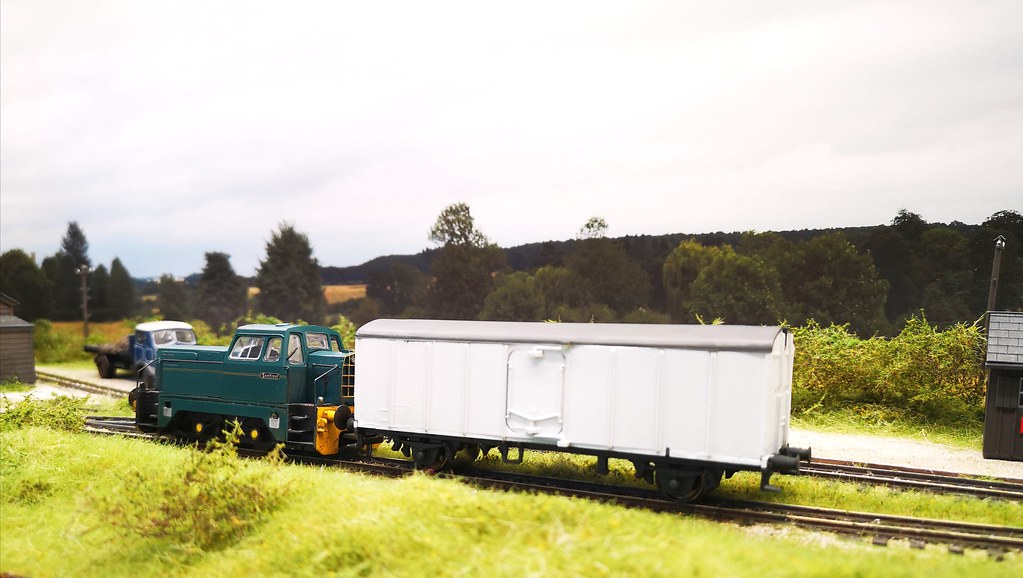 Recently I purchased one of the excellent Hornby R&H DS48's with match truck. Now I'm not planning on running the Ruston with the Conflat so have repainted the body as above. I will mate this to either a Ratio or Parkside chassis. 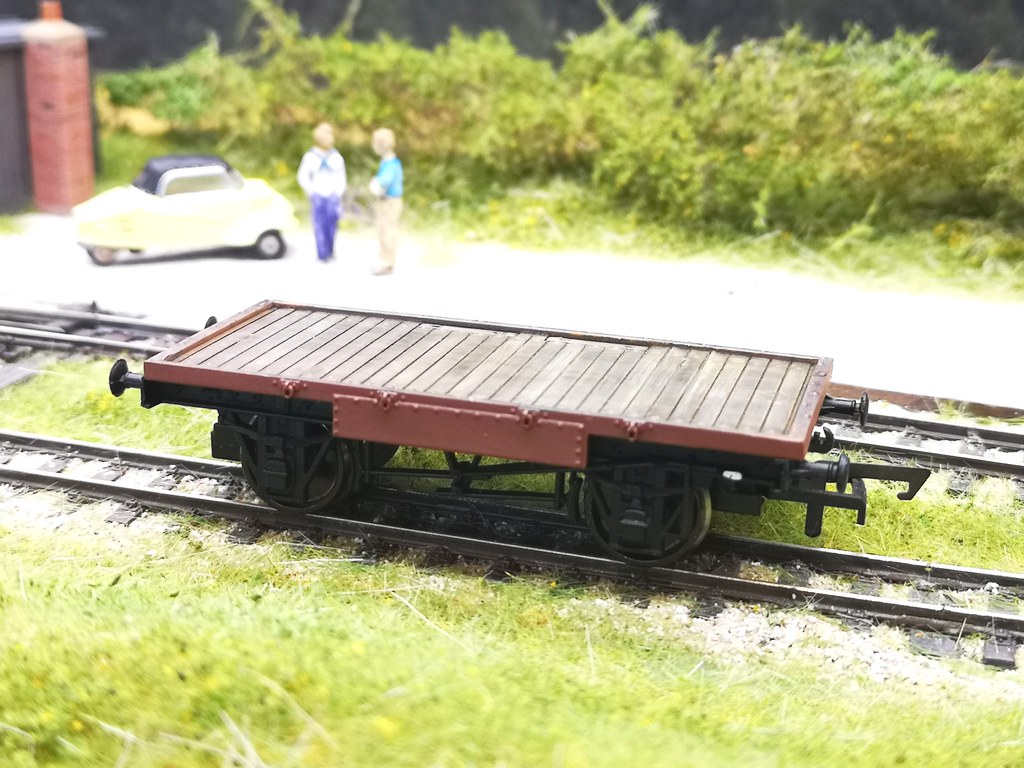 At the Manchester show before Christmas I acquired a Cambrian Kits Type A container kit which is a nice kit. I'll run this on the Conflat painted crimson with Cambridge Custom Transfers for the lettering. 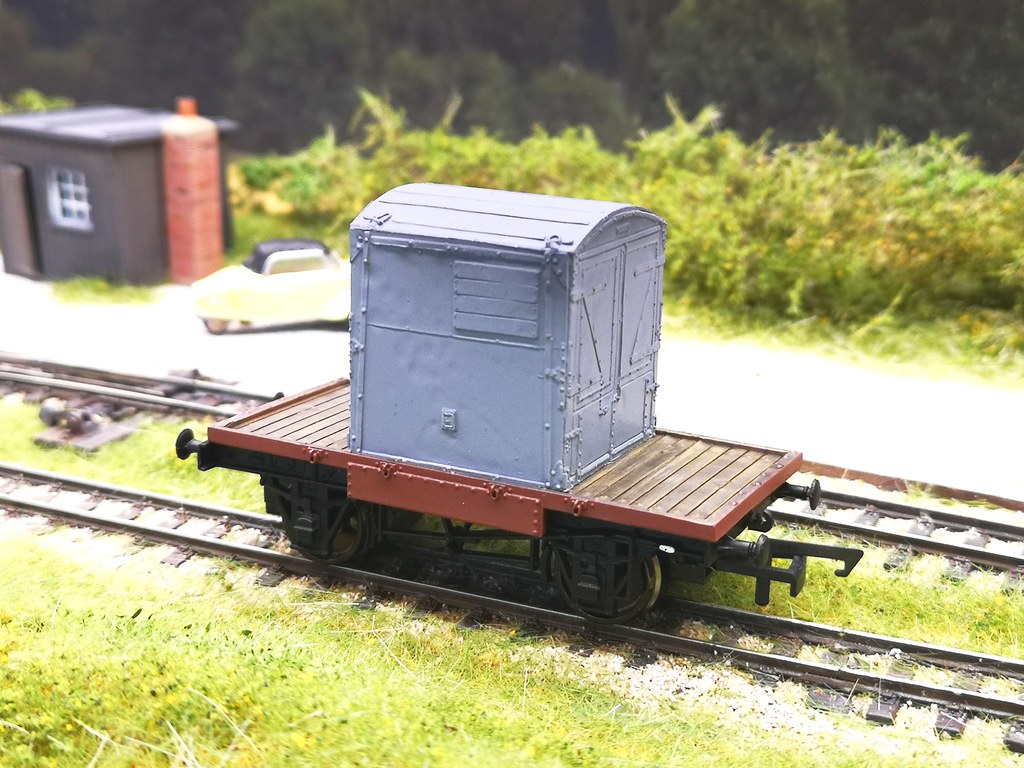 Finally I acquired a lovely Bachmann Stanier Mogul in the Rail's sale fot £89. I've fitted the detail kit and being a Nuneaton or Rugby based prototype 42969 does not need renumbering. Think it would have made it to Kettering easily enough. 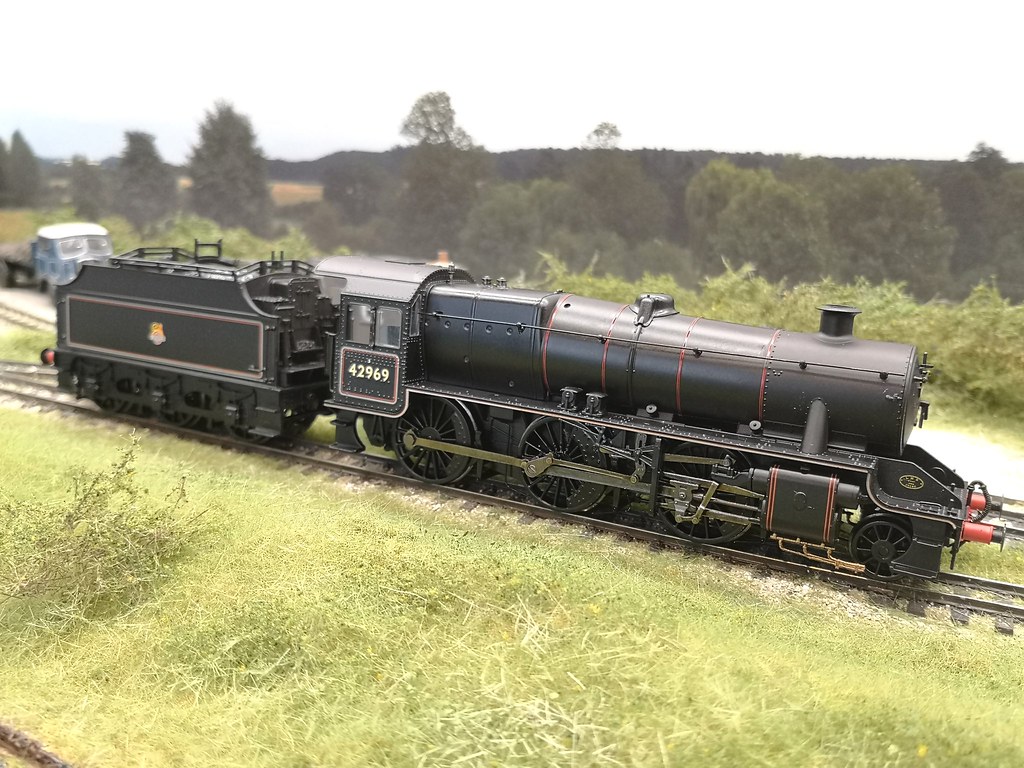 Coat of Johnson's Klear brush applied to the body work to lift the flatness of the factory finish.

I will put a 2B shed code plate on it from Fox then ready for light weathering. Coal, crew and Lanarkshire Model Supplies LMS lamp.

Some nice projects on the got. More soon.

Wadenhoe Road being used as a photo plank. Don't look too closely at the track...