Here's a brief illustrated write-up on my recent experiences with modified and detailed HO figures for Farthing. 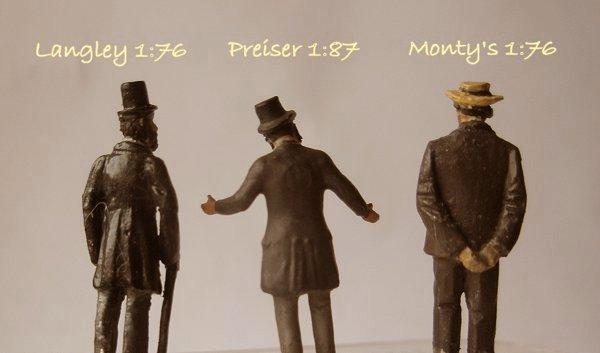 My normal source of figures is to backdate OO whitemetal figures from Monty's and other ranges (see this separate blog entry). But this can be time consuming, and for pre-grouping modellers the options are limited. Like others before me I have therefore been attracted to the large German HO ranges, and especially Preiser who have a small series of figures from the Victorian and Edwardian period. Some of these can be seen on the Preiser website. The big issue is size. The photo above shows medium-sized figures from Preiser and two UK ranges. In this case, the height difference is not particularly noticeable. As an aside, the different OO ranges also seem to differ in average size, with Monty's often being slightly larger (and I suspect thereby more correct) than eg Langley. 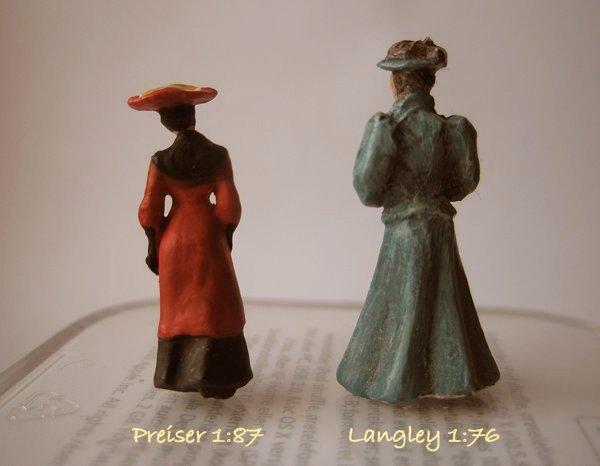 In other cases, however, the size difference is quite noticeable. As this photo illustrates, it's not just the height difference, but just as often the difference in "bulk" that gives the game away. 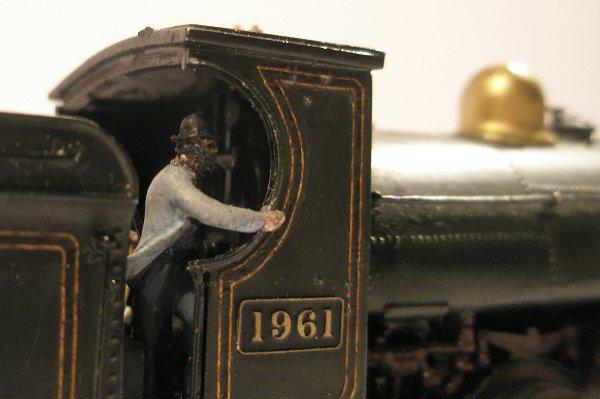 So in my view, HO figures often cannot be mixed indiscriminately with OO figures, and often need to be used on their own or in carefully selected places on the layout. One place where I find them particularly suitable is in cramped loco cabs, where their small size is a distinct advantage. There are other examples of that in this earlier blog entry. 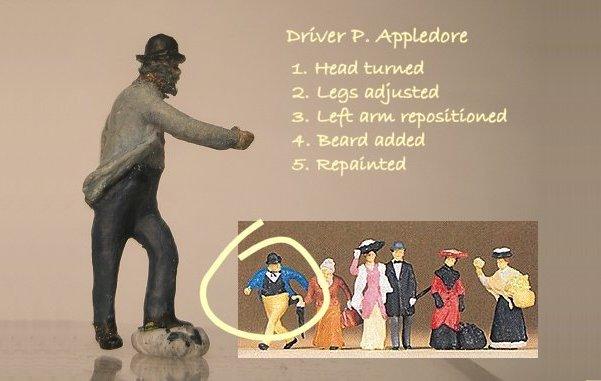 The large number of figures and poses in the German ranges means that there is good scope for light modification. Even if a particular type of figure isn't available, there is usually always one that has a similar stance and which can be modified with a little tweaking. This driver was originally a portly civilian frozen in mid-stride.

The Preiser figures are fairly well detailed compared to some of the UK whitemetal ranges, although it does differ from figure to figure. Further detailing doesn't hurt though, and beards are great period markers. Here I've added a beard using plastic putty from Model Color, applied with a wet needle to ensure it goes on without clumping. 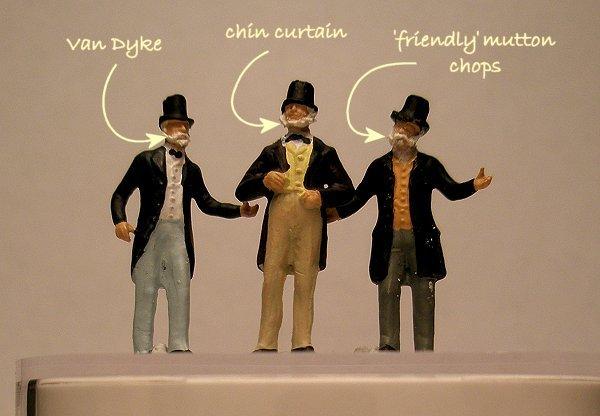 Funky Victorians! Victorian beards are a whole study in themselves, it seems. These gentlemen sport different styles of plastic putty beards, based on the illustrations that I found on the internet. 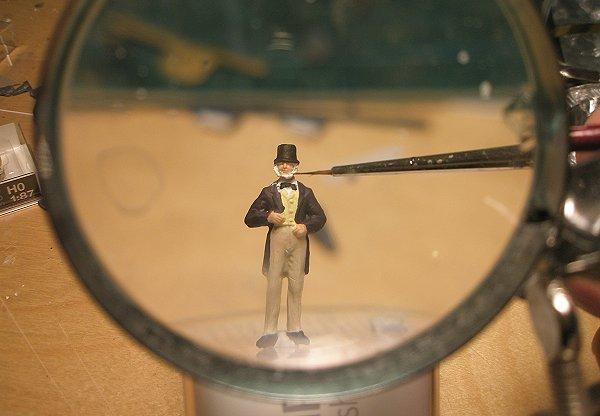 The Preiser figures are rather brightly coloured as they come, so I tone down or repaint them. There are, of course, lots of figure painting techniques available on the internet, but some are a bit out of my league, and some just don't seem to work for 4mm scale. So I usually go for something simple and indicative. 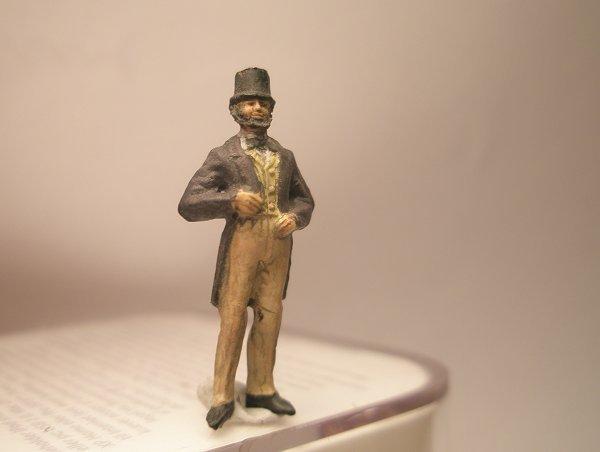 In my view, faces are a particularly criticial area, and a model with a well-sculpted face (such as this one) makes a big difference in terms of realism.Painting eyes etc is particularly tricky in this scale, so if a face is well-moulded, I often simply give it a blackened wash and let it settle in the right places, touching up lightly with skin colour afterwards. 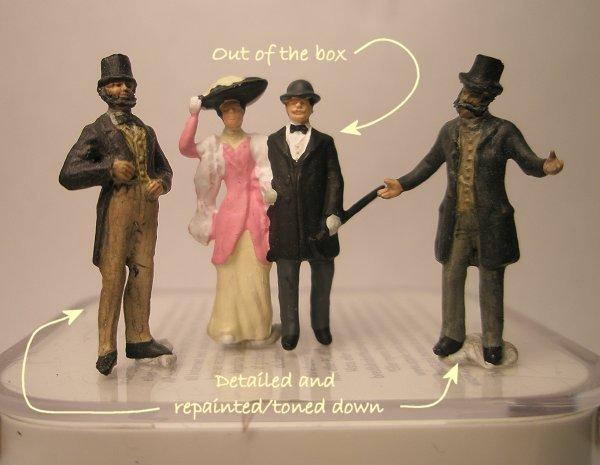 The difference when toned down/repainted is usually very significant!