Look at a few photos of trains in Devon and Cornwall in the 1960s and the chances are that you will see class 22s cropping up quite often. Although they were regarded as probably the least successful of the WR diesel hydraulics, they were a key part of the scene in the South West and I needed at least one of them if my stock was going to be representative of my chosen location and period.

Thatâ€™s easy to say but the problem was how to create a model of a class 22 â€“ the number of louvres on their sides made them a pretty unappealing prospect for a scratchbuild. Fortunately I found out about the Worsley Works kit a few years ago and bought an â€˜Nâ€™ Gauge example at the 2mm Expo in Oxford in 2008. There matters rested while the kit sat in my gloat box.

One of the other challenges with modelling the Class 22 is getting decent prototype info. The published drawings are pretty vague, particularly regarding what was on the roof. For such a short-lived and relatively small class, the detail variations are an absolute minefield so we really need lots of photos. Richard Lake and I pooled our resources and collected all of the photos we could find in published sources or on the Internet. Richard has since abandoned his plan to build one and passed a big box of photos on to me.

After the 2010 Expo I decided that it was about time to make a start. Before doing so, I decided to â€˜get my hand inâ€™ by tackling a couple of etched wagon kits that were in the gloat box and then made a start on the class 22.

As far as I can see, Allen Doherty (Mr Worsley Works) has hit the same difficulties with the lack of decent prototype info that Iâ€™ve hit. Dapol have also made similar remarks regarding the development of their 00 gauge model. In fact I suspect that creating a convincing reproduction of a class 22 is rather more art than science. In several places I have decided to depart from the kit as provided. Iâ€™m happy with my results (so far), but I seriously doubt whether anybody can say who has really got it right.

Given the (deliberate) lack of instructions with the kit, I thought it worth recording what I did in this blog. Others might find it useful and one day I might even build another one myself. Iâ€™ll talk in more detail about some of the features and variations of the prototype as construction progresses.

Iâ€™m probably going to pick one of the locos that stayed green until withdrawal in 1971. This should give me more possibilities for using it for different duties on St Ruth while also staying true to my 1968-72 period. Hopefully when itâ€™s finished it might look something like this photo by Max Battenâ€¦ 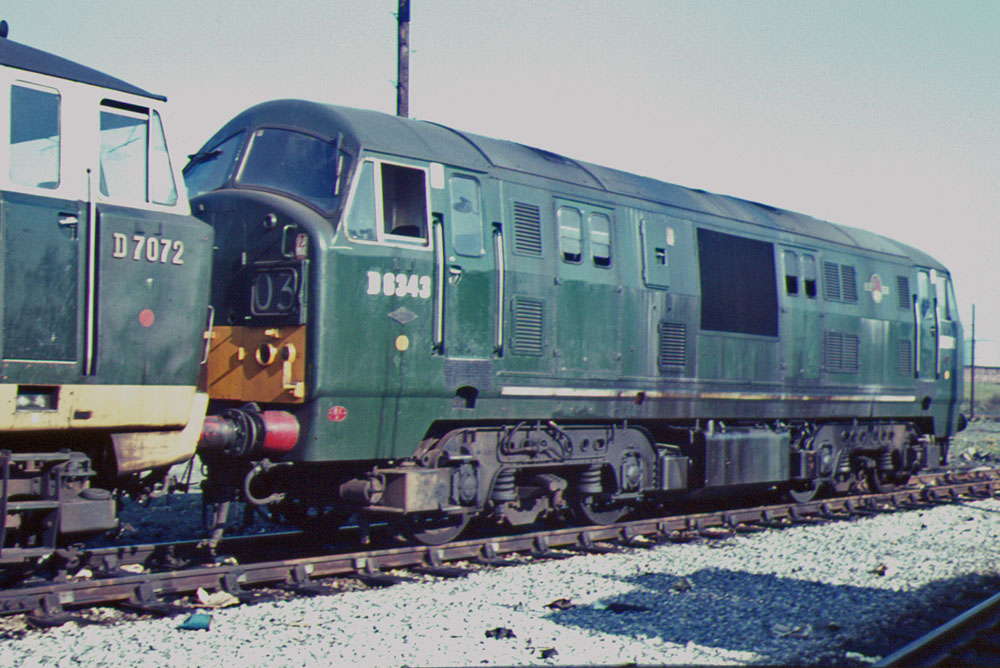 In my next posting I will hopefully start talking about how I am actually building the thing.