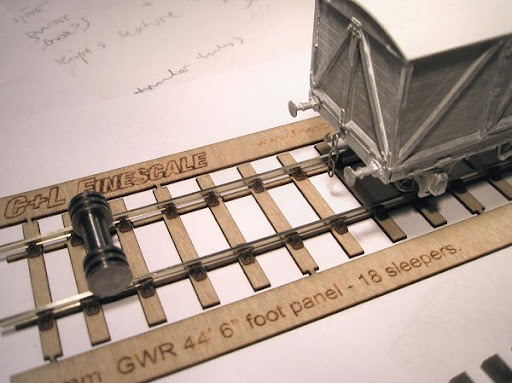 Time to get some track in place for The depot. For a pragmatic modeller like myself, it's easy to dismiss finescale track as something for the purists only. A little too easy, perhaps! With this in mind, I'm currently taking a closer look at some of the C+L track components. The idea is to see whether this sort of thing works for me, and how much it adds to the overall impression of the GWR in the 1900s. It's still OO, and so far only straight track, as that is all I need for the scenic part of The depot. 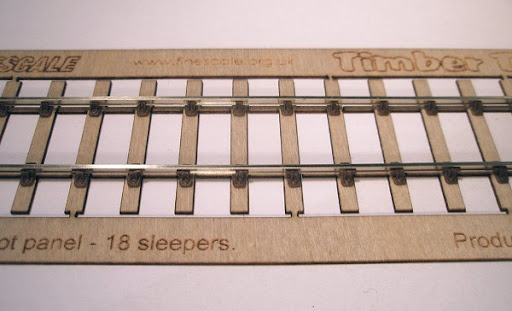 After some helpful advice from Brian Lewis at C+L, I decided to experiment with the Timber Tracks system of laser-cut track panels, onto which you build the rail, chairs etc. The photos above show the GWR 44' 6" straight panels. These have the 8' 6" sleepers used after WW1, whereas the 1900s saw use of 9' sleepers. But since the gauge is OO, the visual result will hopefully look about right. Nothing is actually fixed in place on the Timbertracks panel, so some chairs etc are a little out of alignment. 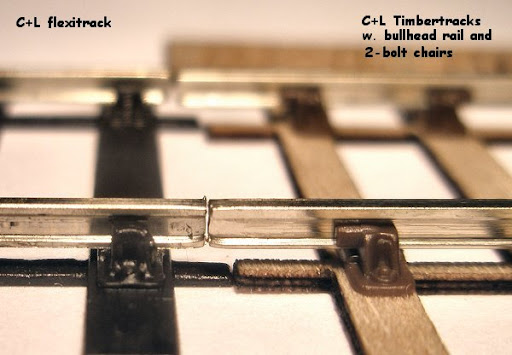 Apart from the Timbertracks system I am also trying out the C+L ready-built flexitrack. This is strictly speaking not suitable for the GWR as it has a different sleeper spacing and uses 3-bolt chairs rather than the keyed 2-bolt chairs used by the GWR. On the plus side, it is quicker to lay and the big question is of course just how much of this detail is really noticeable once it's all weathered and in place. 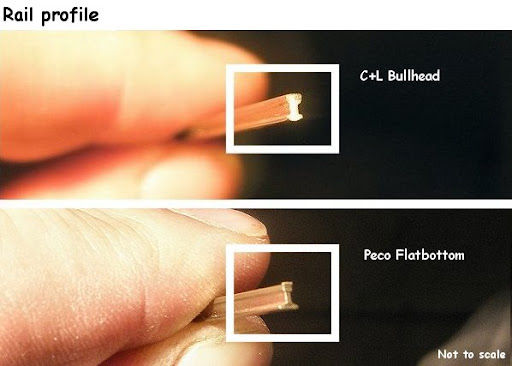 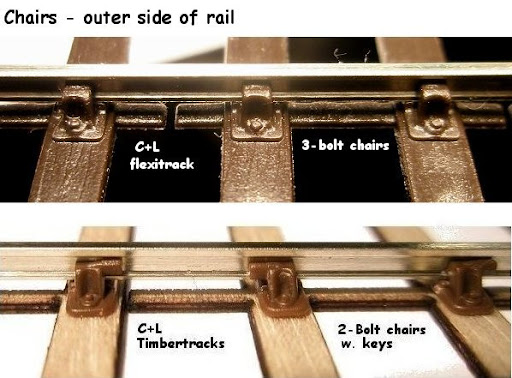 In fairness it should be said that the Peco track seen here is the Code 100, which I have been stubbornly using until now (bought a large quantity very cheaply some years ago). I currently have some Peco Code 75 track on order for use in the fiddle yard. Once it arrives I'll post some birds eye-view photos of the various track types for overall comparison. So far, though, I'm rather liking the Timbertracks system and the unexpected pleasures of track building...