Well there was yet another flurry of activity today. My dad volunteered to repaint the fascia. He opted for quite a nice green colour actually instead of the black. It won't match the layout curtain but nevermind! The standard gauge track was also layed on the extension and both the standard gauge and the narrow gauge lines have been raised up to meet the edges of the old layout as shown in the first photo.

So far the turntable has been nothing but a headache, but we are slowly getting our way through it. It will have two tracks on it which will be hard to get aligned correctly but we'll give it a go.

Whilst dad was sorting out all the painting I started focusing on the very front of the new extension. The beach was carved out of polystyrene. TOP TIP - hoover at the same time as carving polystyrene - saves hours of clearing up afterwards. This was then covered in modelling clay (not DAS this time but a cheaper and much stickier brand. What should have taken me half an hour, took an hour and a half! The 'promenade' was also built up and the slipway fixed into place. This will all be painted in due course. 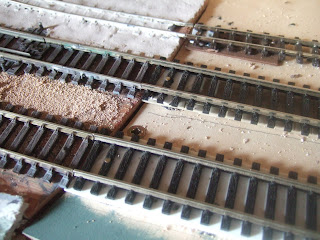 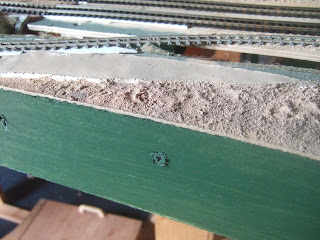 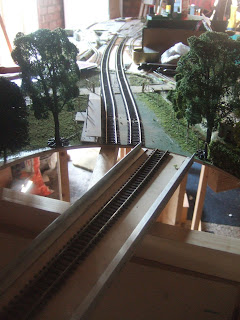 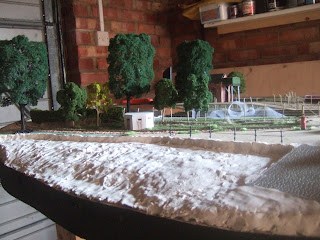 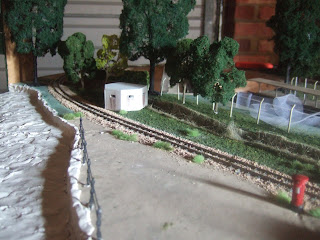 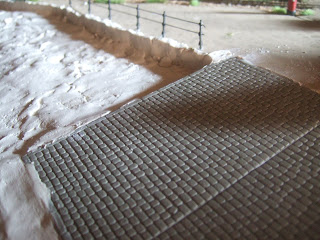 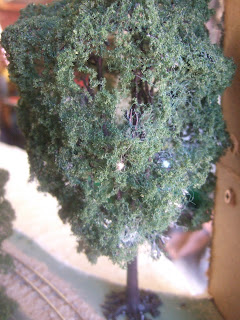 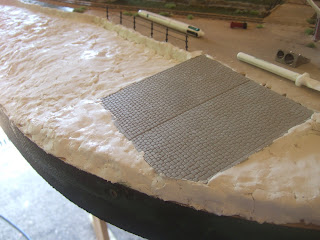 Any suggestions let me know!