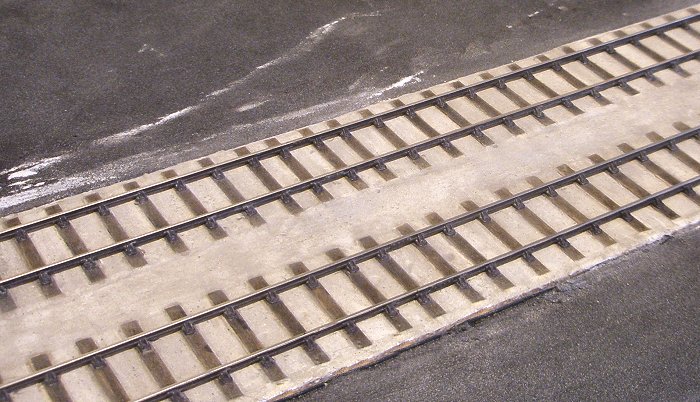 All those close-ups of Code 100 track in my past couple of entries made me want to push ahead with the C+L track for "The depot". So here's a little interlude to the "All in a day's work" story, showing what I've been up to with the track inside the depot. 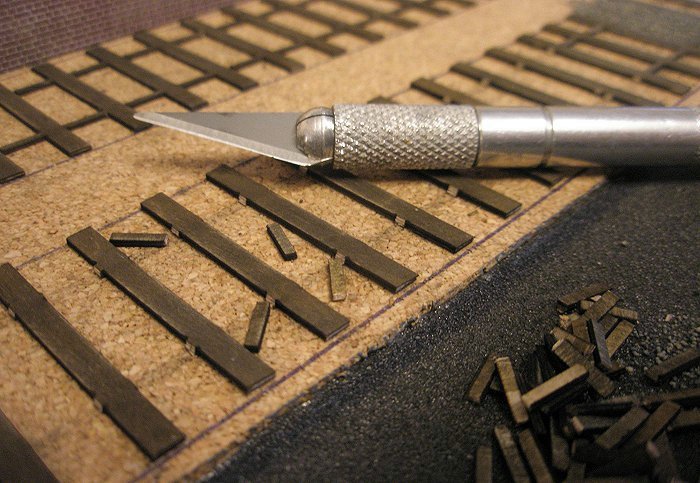 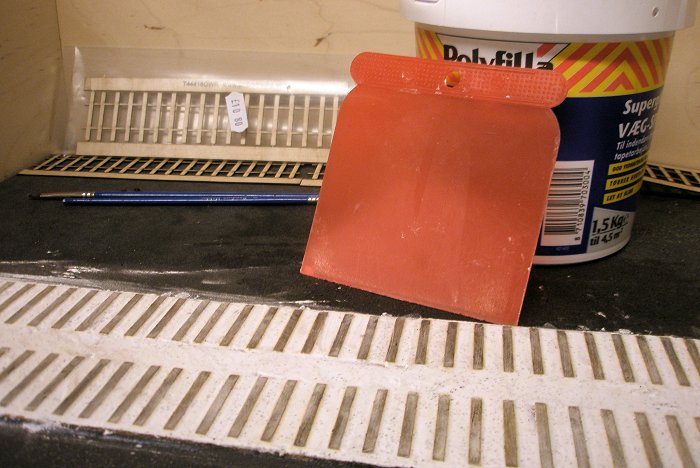 The track is inside a goods depot, so I wanted that look where the timbers are almost embedded in the ground. Using the plastic filling knife in the photo, I "dragged" Polyfilla at a 45 degree angle across the timbers, until it was level with the timber tops. 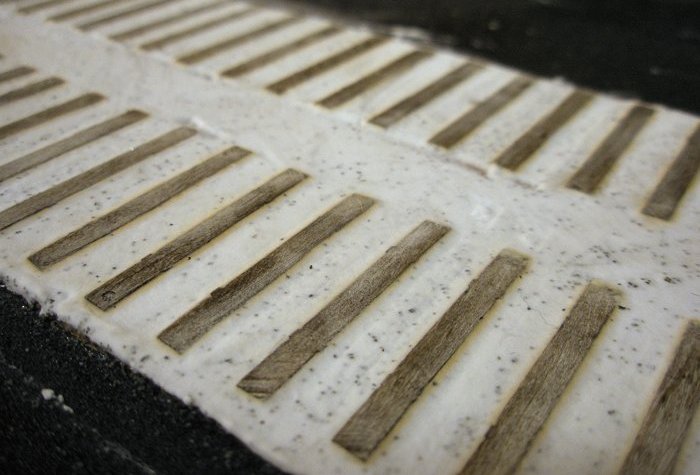 When the Polyfilla dries up it contracts a little, leaving the timbers just proud of the ground. A slight "shoulder" is left on some timbers, which I scraped away with a scalpel. 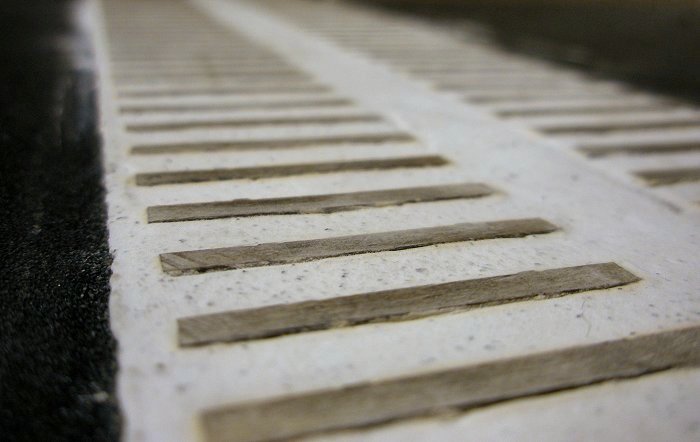 The result was more or less what I was after: Timbers slightly proud of the ground. But they are looking a bit thirsty! 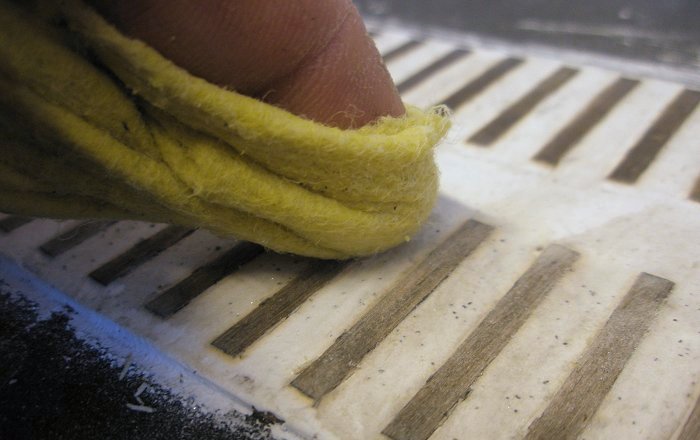 The Polyfilla residue on the timbers was cleaned off with a wet cloth (you'll notice the high-tech approaches here!) ... 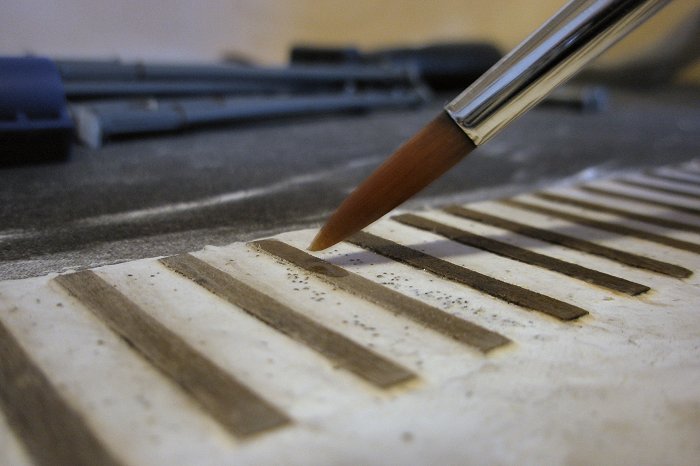 ...and the timbers were given a bit of thinned matt varnish to restore some of their colour. I should've done this before laying the timbers, which would also have prevented the original wood stain from seeping into the Polyfilla. I managed to cover this by rubbing dry Polyfilla powder into it. 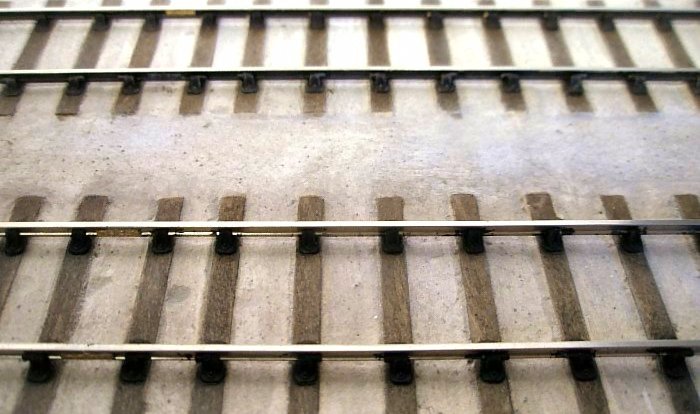 After giving the ground a light wash of grey and cork, I laid the track. The chairs were threaded on to the rail first, and then stuck down with Butanone. I was worried if the latter would give a strong bond, since the timbers had been exposed to quite a lot at this point! So far I am satisifed, but time will tell. It seems there are as many experiences with Butanone as there are modellers! 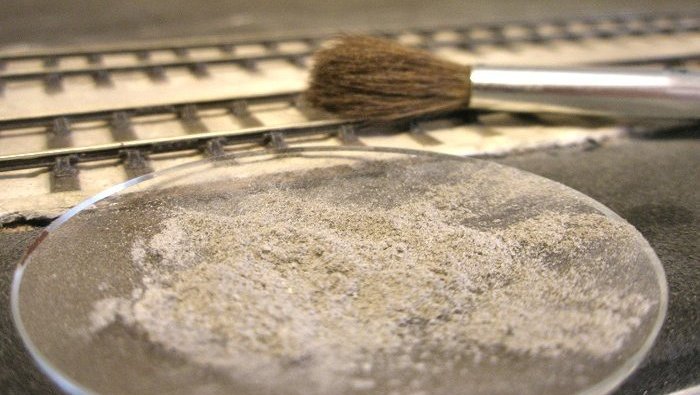 Hey dude, want some good dust? A heady mix of white baby talc (sic) and Carr's light grey weathering powder. Rock and roll! This was brushed across the track to blend things together and tone down colours. 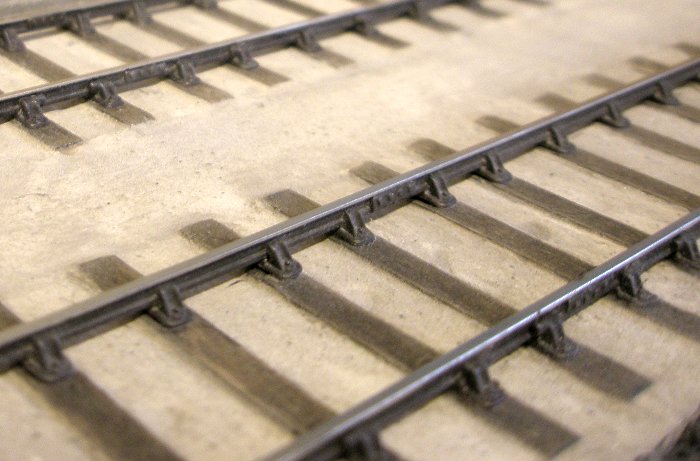 C+L etched fishplates, shortened to simulate the GWR type. I bet you can't see the gap in the rails. See how good a joiner I am? ;-)

That's it then. I do wonder if the timbers are a bit too light, but things will look darker once the depot is placed around them.