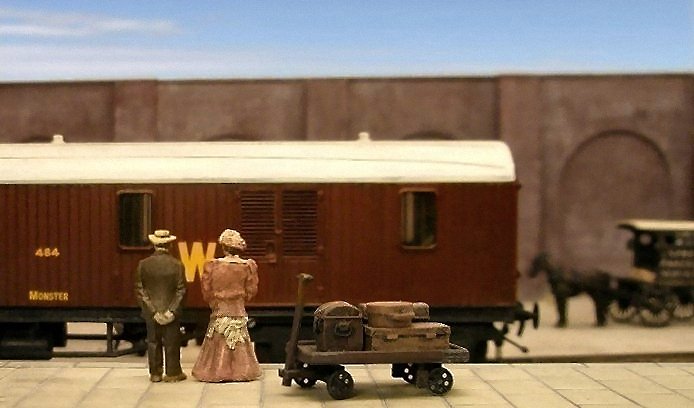 "Francis, what on earth is that?"

"It says 'Monster' on the side. How terribly silly. Why on earth would they call a railway carriage something like that?"

"Perhaps it's for third class passengers? I don't suppose the working classes need much light."

"Francis, I do wish you were more knowledgeable."

As the Longbottoms fell silent, the Monster rolled past them in all its might. This was no. 484 of the P18 diagram, built to carry scenery and props for travelling theater companies. These carriages were recent introductions, and there were only six on the entire system at this time. No. 484 was the first of its kind to visit Farthing. 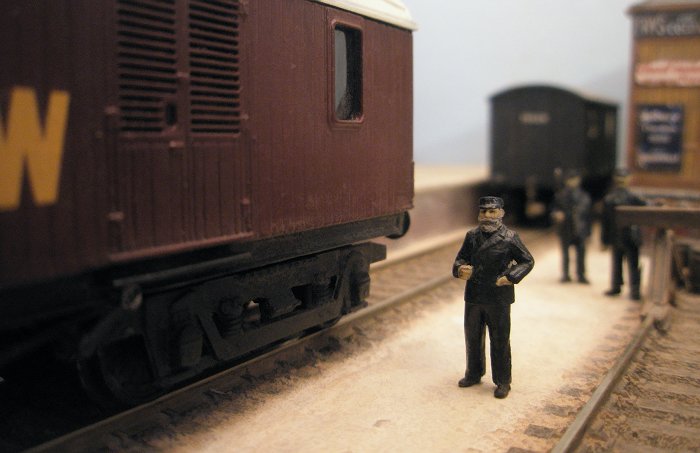 Station Master A. Woodcourt was watching the approaching carriage with concern. It had arrived a day late, and the main yard was busy. So he had ordered it unloaded in the down bay. But he was worried about the loading gauge. In principle there shouldn't be any problems, but these new carriages were big, and they didn't normally use the bay for carriages of this size... 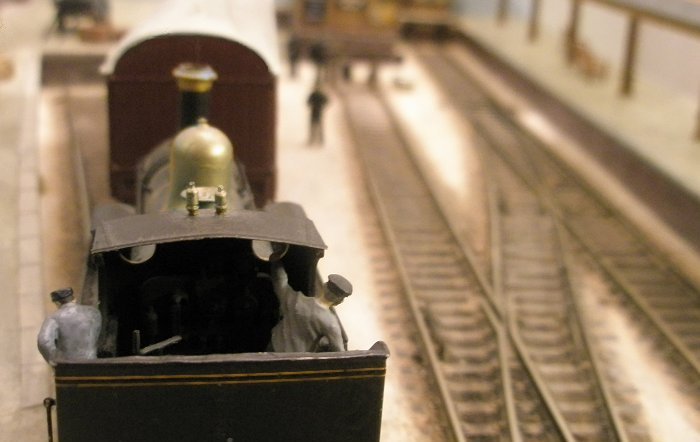 In the cab of No. 835, the crew were also keeping a sharp eye on clearances. They had both worked this bay since it was built by the independent N&S many years ago, and they knew that the standards laid down by that company had sometimes been a bit, well, "optimistic". It would be close! 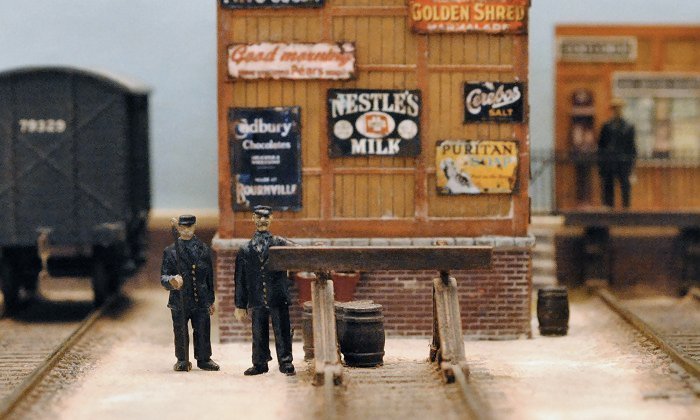 Shunter George Mullins, ever the pessimist, was watching the scene with a sceptical eye.

"Well the drawing boys at Swindon have done it again."

"Drawn something too big and impractical! It may look fine on their fancy desks, but out here in real life it only leads to problems."

"It seems to be going well enough, though."

"Well they've been lucky this time. But with everything getting bigger and bigger, there'll be no work left for us shunters in the end.You wait and see, in a few years a whole train will just be one long carriage!" 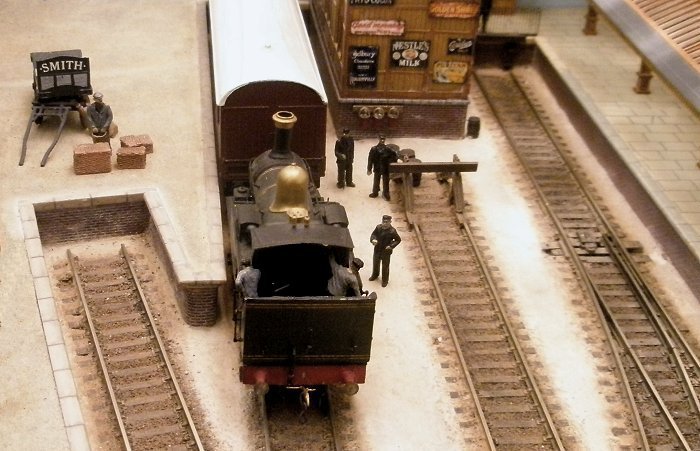 Much to everyone's relief, the Monster slid neatly into the loading dock, with just a few centimeters to spare. 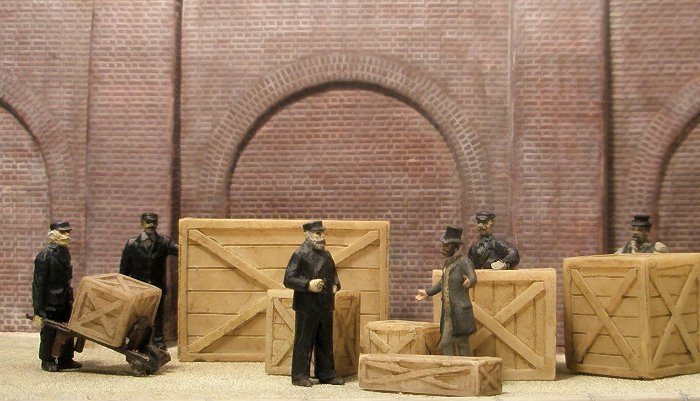 As unloading of the carriage began, Woodcourt was confronted by the director of the travelling theater company, Mr Crummles (Junior). Clearly of a choleric disposition, he launched directly into an assault: "Do hurry up! This delay is totally unacceptable! Are you at all aware that we have our opening night this evening? We shall be needing our scenery and props in just a few hours. This is not some petty local act, you know, this is Shakespeare!" 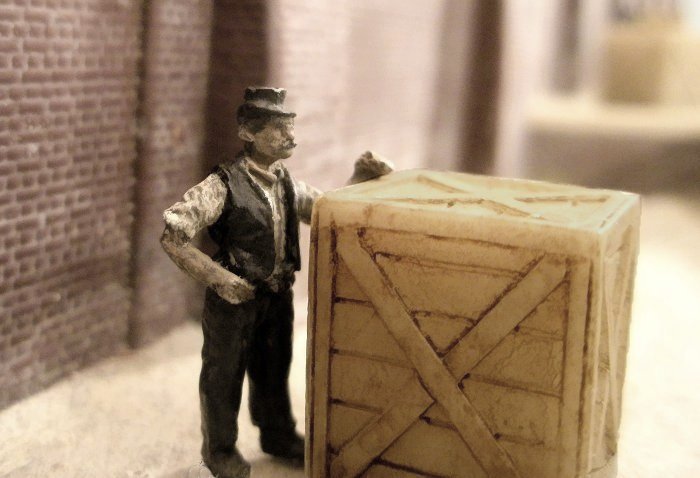 Ganger P. Quince had seen it all, and was not impressed by the fury of the theater director. With the sarcasm for which he was well known, he muttered under his breath: "Shakespeare, eh? Well, I reckon Shakespeare will have to wait for the Great Western just like everyone else." 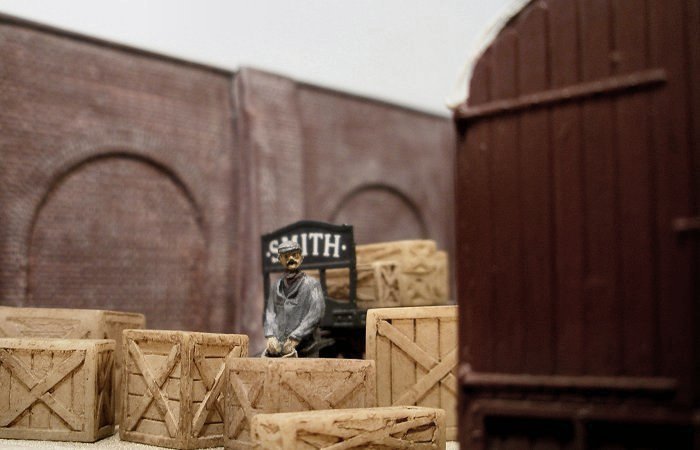 It was at this point that a shout of alarm was heard across the loading dock. As everyone looked up, carter Tom Gradgind stared blankly ahead of him and exclaimed: "A murder, I think there's been a murder!" 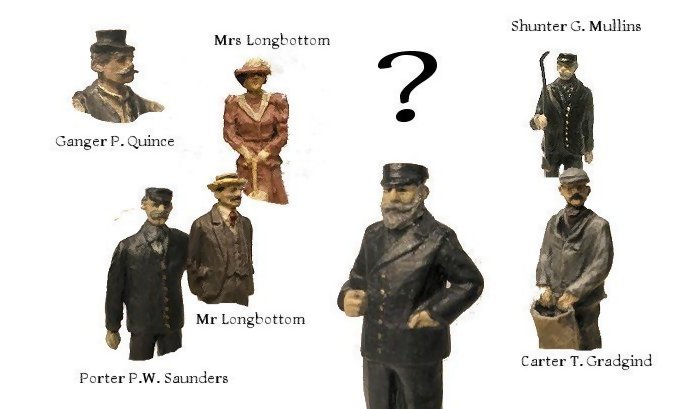 A murder? As he took a minute to gather his thoughts, Woodcourt couldn't help but consider who might possibly commit such a foul act. The Longbottoms? Or one of his staff? Or carter Gradgrind himself? Surely not! And yet....