Sorry that I have not updated the blog for a couple of weeks or so, I have been busy getting Pen Y Bont ready for Midland Railex (more about that in a future entry)

OK so, what have I been up to? Well quite a bit actually but nothing of real substance to post here until now.

I have acquired yet another ex GWR locomotive (not saying from where or what it is yet!) all I will say is that it is a RTR job from Bachmann.

Anyway I digress (as usual!)

I have made a start on adding extra detail and weathering to the tender.

The plastic coal just HAD to go! I just hate moulded plastic coal in my tenders or bunkers it just shouts "TRAIN SET" to me!

Here the "coal" has been removed and replaced with a rough plasticard replica of what really lies beneath the coal on the prototype. 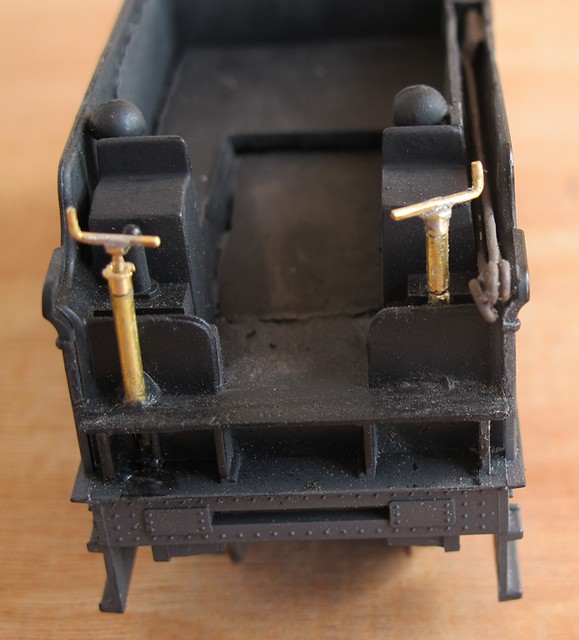 Note also that I have replaced the brake and water scoop standards with some home made brass ones that featured in my last blog entry.

Some home made fire irons can be seen in the rack on the fireman's side. 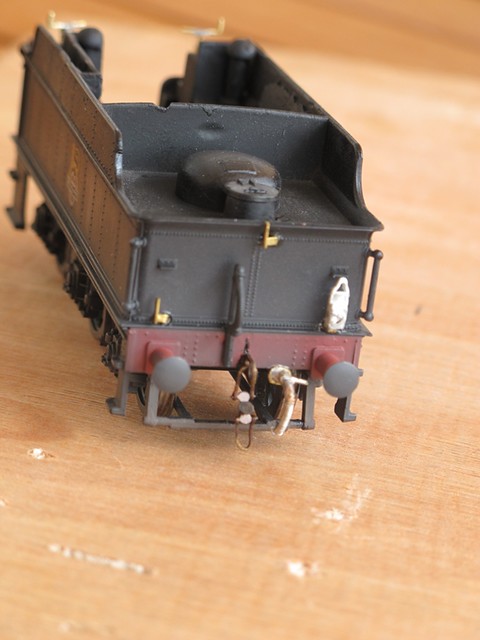 At the back end I have made and fitted some lamp irons, fitted the Bachmann supplied vacuum pipe and a home made steam heat pipe and shut off cock. Screw couplings have also been fitted.

the model comes with sprung buffers so these were left as they were. They are reasonable items anyway. I was tempted to change the plastic handrails and knobs for Markits knobs and brass wire, but, as they look reasonable I have left them as supplied by Bachmann. 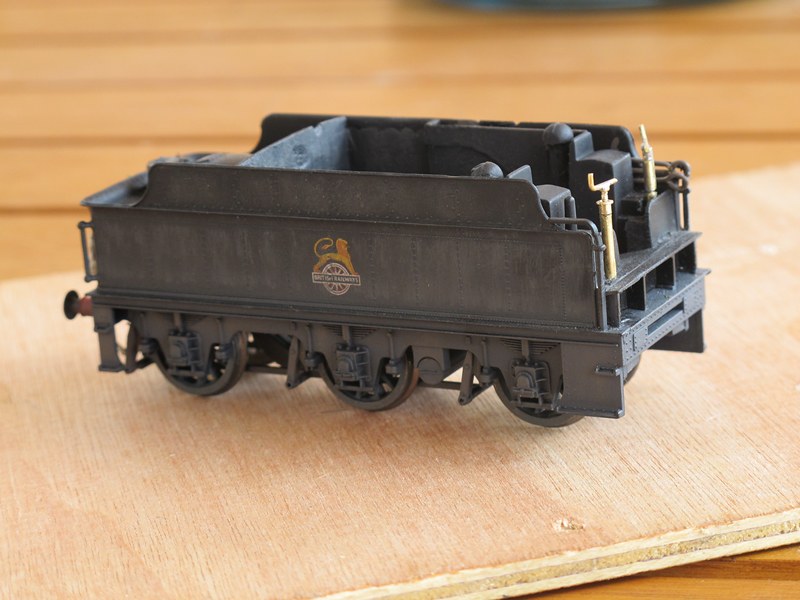 Finally, here's a side on view of the tender after some weathering but still awaiting paint to the two standards.

To quote Guy Williams " Coal in the bunker can hide a lot of mistakes" (and he's right!)

Now my attention can be turned to the engine

More about that in a future entry