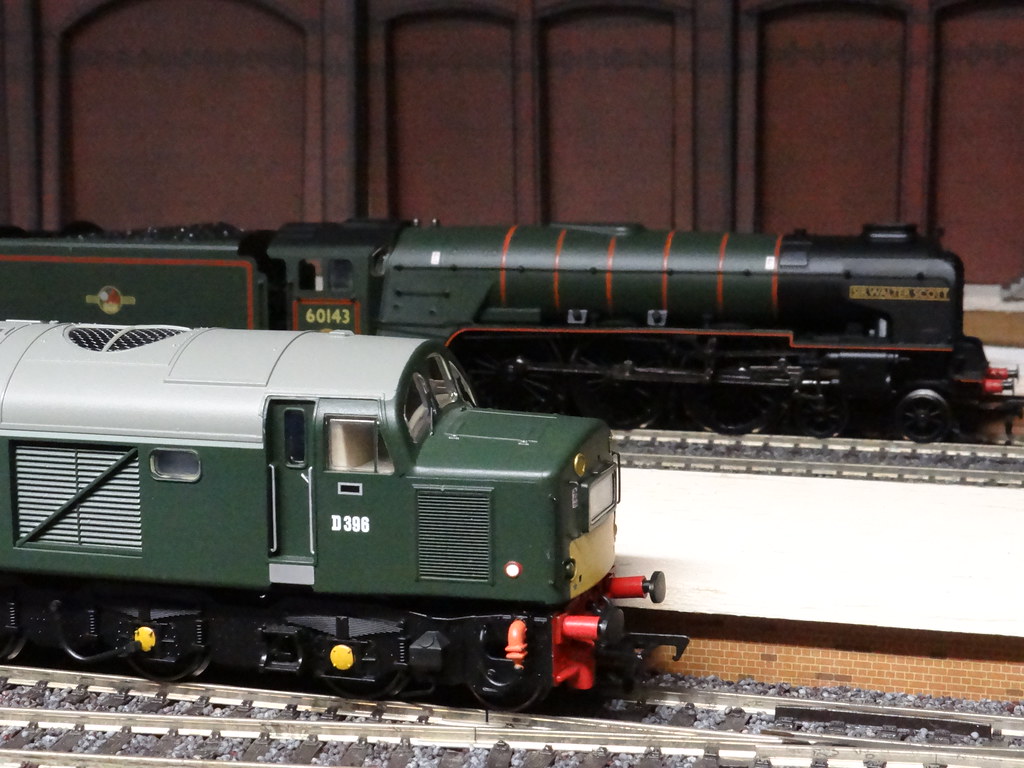 Bachmann marketed the set in 2004 to celebrate the first 15 years of Bachmann Branchline (1989 to 2004). The set comprises two Gateshead shedded locomotives, A1 Pacific 60143 Sir Walter Scott and D396 Type 4 English Electric Diesel (later Class 40). Both locomotives are of types that would have hauled the Tees-Tyne Pullman around 1960. 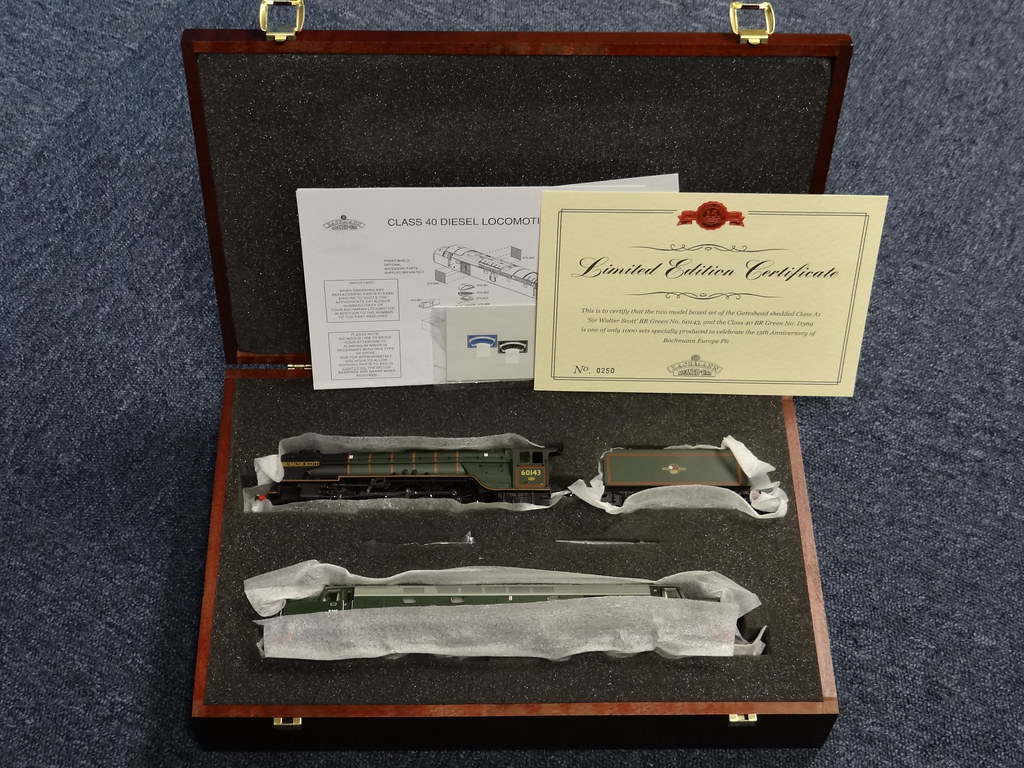 Interestingly the Limited Edition Certificate contained in the set and shown below details the Type 4 locomotive as being D369 in contrast to D396 which was actually provided in the set. 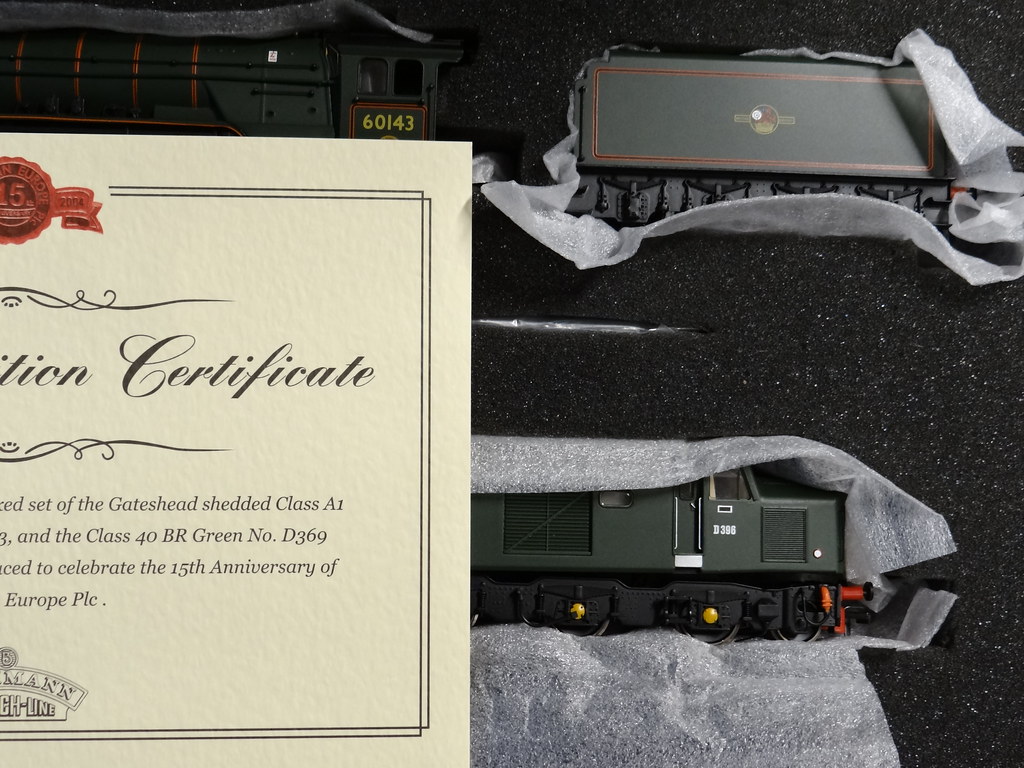 There is a useful history of the Tees-Tyne Pullman provided by SeMG.(Southern E-Group). I thoroughly approve of their mottos “Information is for sharing and not for gathering dust.” “It costs nothing to share knowledge”
.
Despite being predominantly ‘Southern’, SeMG have collected an immense amount of information detailing the particular locomotives hauling ‘East Coast’ Pullmans on individual days. Both Gateshead A1 Pacifics and English Electric Type 4s feature on the Tees-Tyne Pullman in my time frame of the late 1950s, early 1960s. 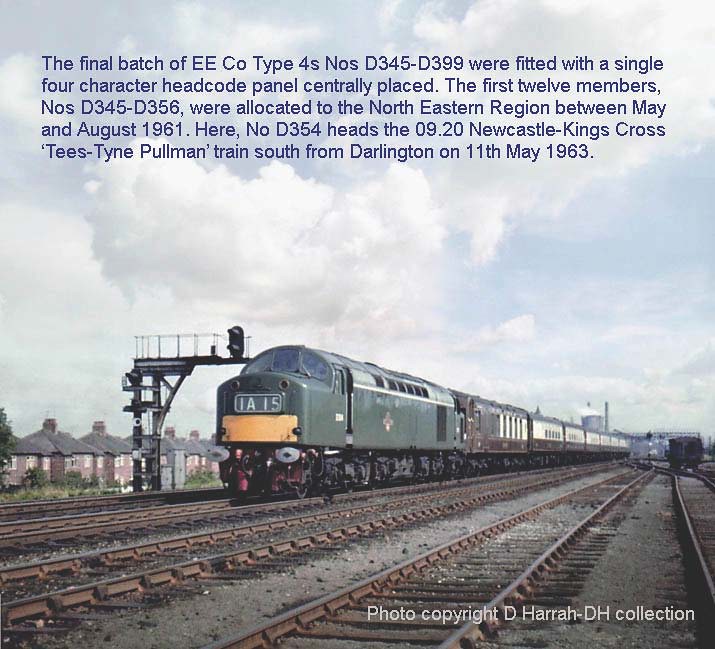 Whilst unfortunately not an A1, SeMG have an almost identical view with A4 Pacific 60019 ‘Bittern’ in charge. I have guessed the date around 1961 because the majority of the train is composed of the ‘new’ Metro-Cammell BR Mk1 Pullman coaches which were manufactured during 1960/61. Much later and steam would have given way to a Type 4. 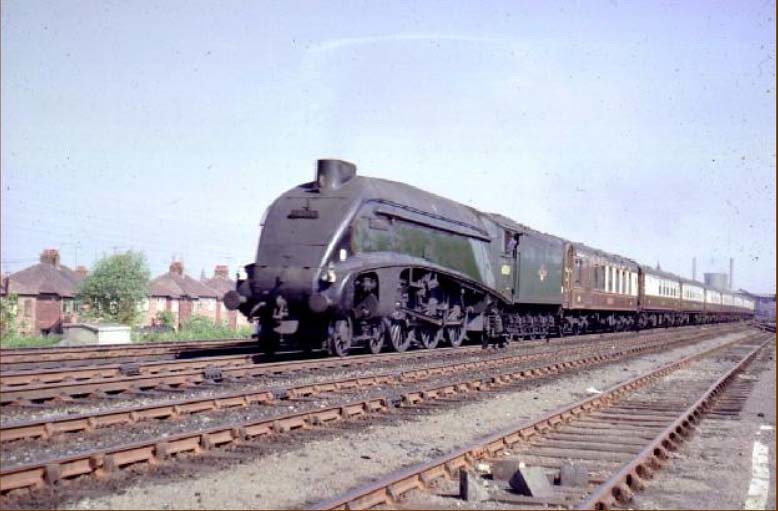 Courtesy of SEmG / J.Wat Collection/Richard Barber - A4 Pacific 60019 Bittern on the Tees-Tyne Pullman south of Darlington

What about my Bachmann models? 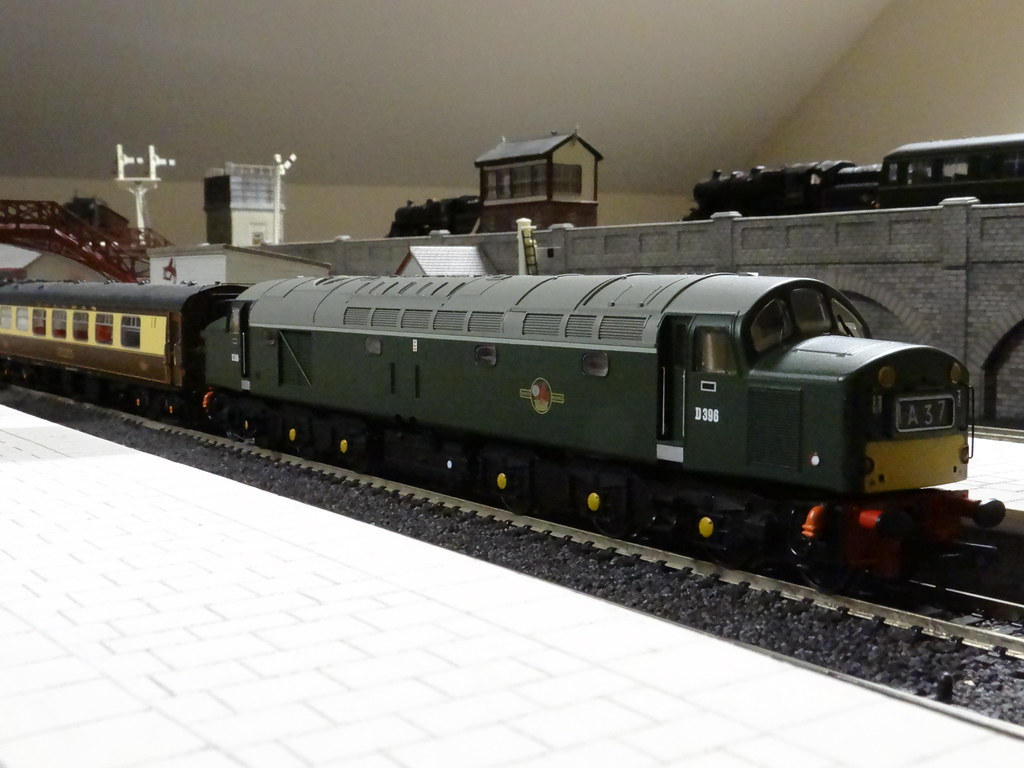 The Bachmann Type 4 is a superb layout engine, super smooth running with loads of power. The rivet counters however are not happy with the body side shape and details such as the front handrails on these early models. I would say a far better runner than its re-engineered replacement which arrived ten years later at the beginning of 2014. 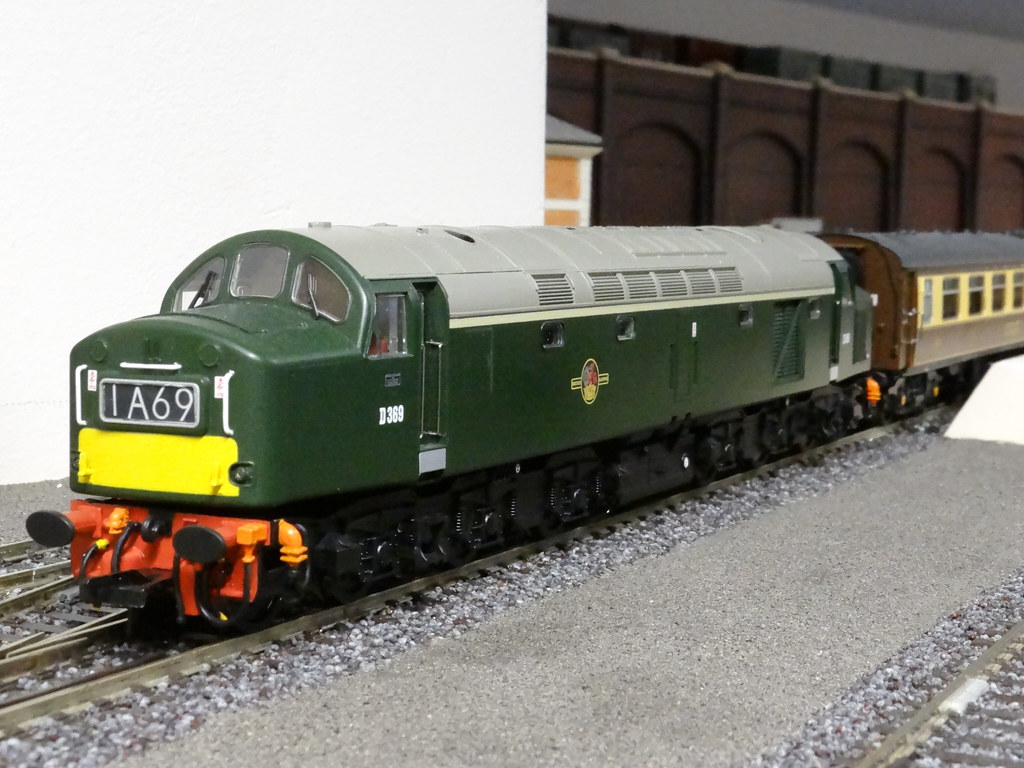 Did Bachmann have their own little joke when they numbered the re-engineered model D369 as detailed on the Limited Edition Certificate with the Anniversary Set?

I have pictured models D396 and D369 heading a rake of Bachmann BR Mk1 Pullmans. The prototype coaches were built by Metro-Cammell in the period 1960 to 1961 as part of the modernisation programme for the East Coast Mainline. I like the Bachmann Mk1 Pullmans which I think are up with the best model coaches produced to date. 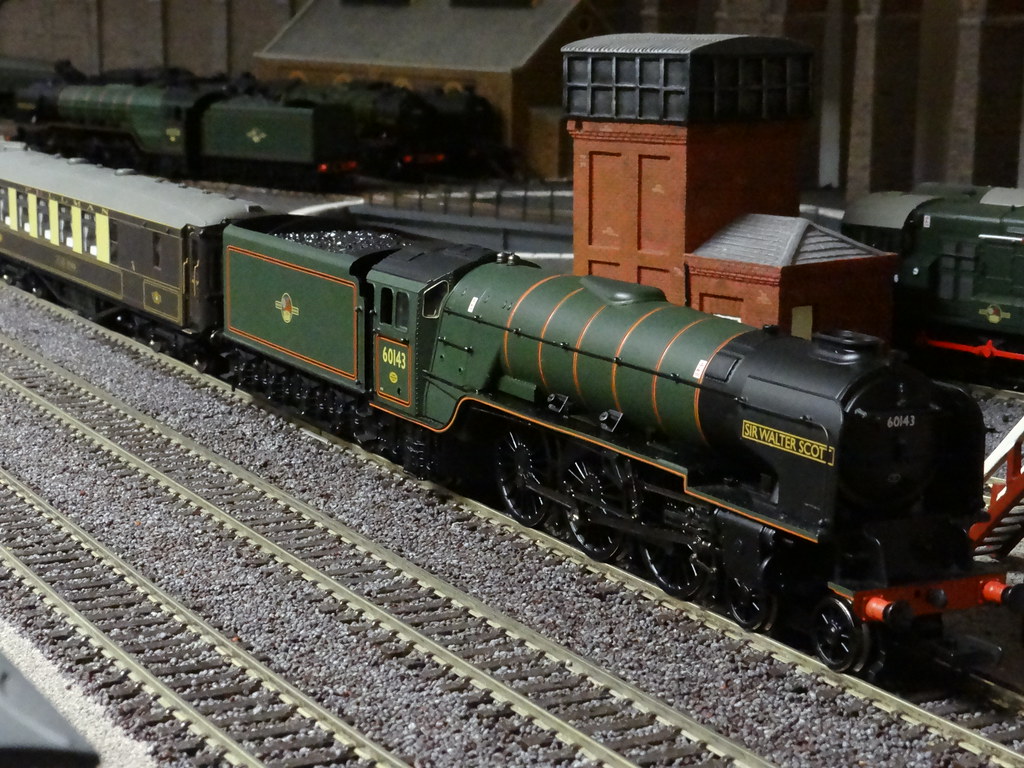 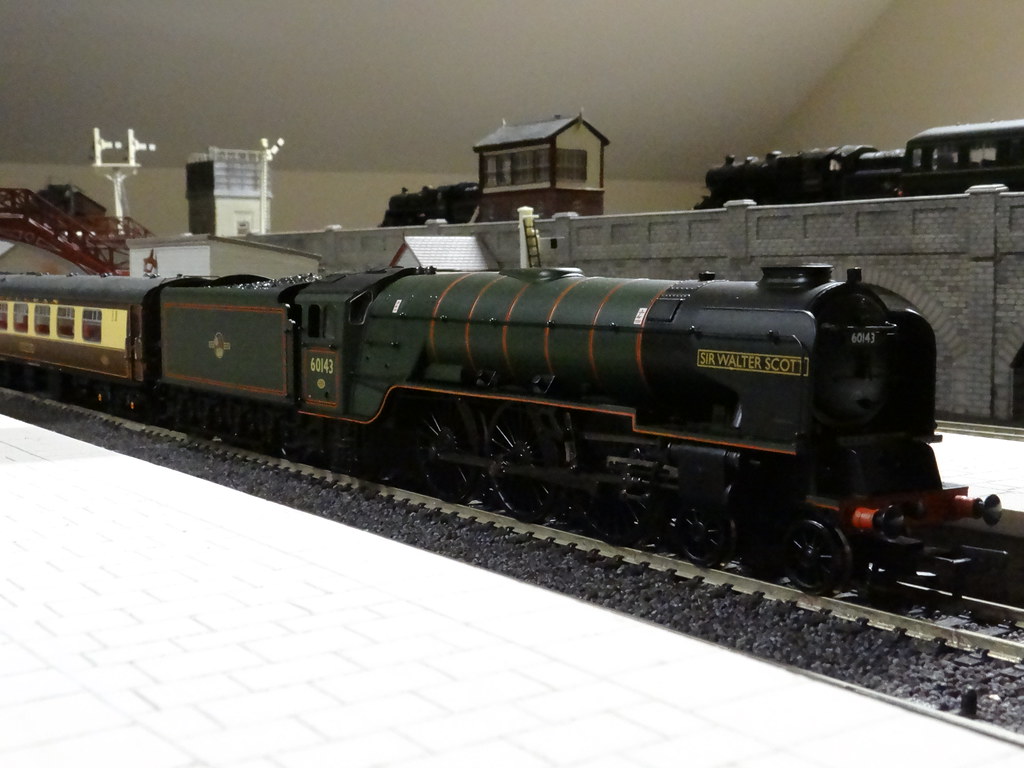 I think Bachmann’s A1s are my all time favourite locomotive model and I was deeply concerned by a constant ‘click, click, click’ sound when I started to run Sir Walter Scott. My suspicions were correct and it was soon evident that the main drive gear had split. 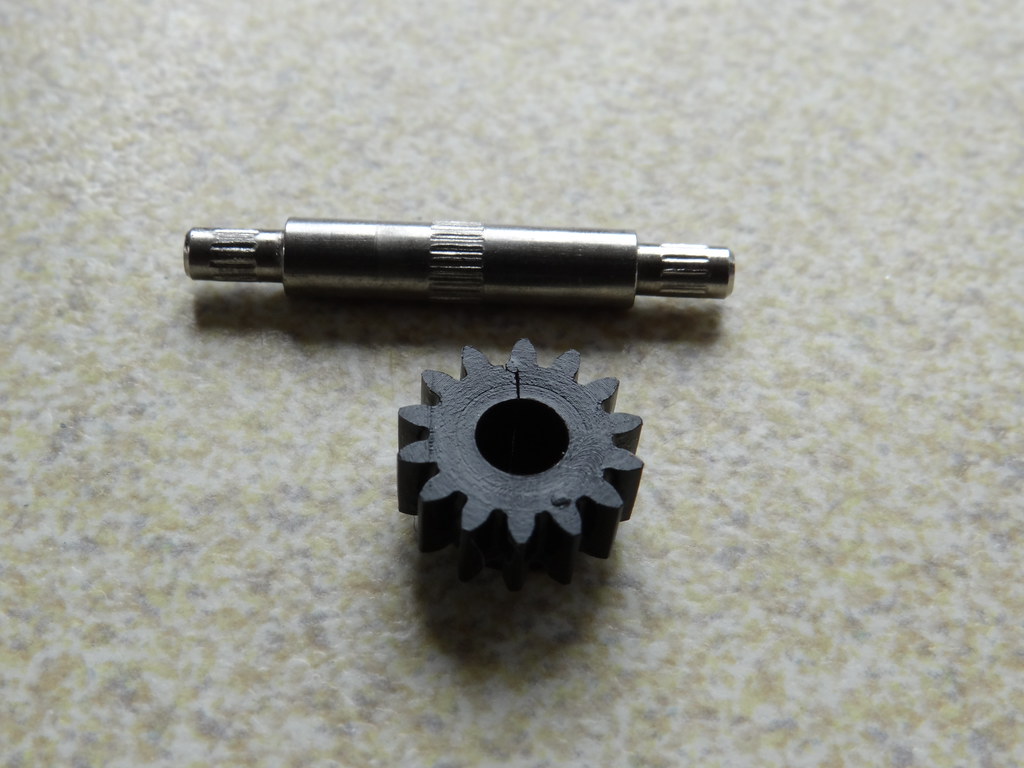 The obvious solution is a new set of wheels from Bachmann. In my case a cheaper solution was to take the gear (and axle) from a duff wheel set that I had left over from Blue Peter. I noted that the Blue Peter wheel set, in common with all more recent Bachmann models, utilised a white nylon gear in contrast to the failed black plastic gear of Sir Walter Scott. As if I needed further confirmation of what appears to be an inherent weakness of 60143 what should I see on eBay:

The driving wheels on the A1 have 20 spokes so quartering is straightforward, rotating one wheel five spokes relative to the other. Sir Walter Scott is back together and runs superbly. I still need to get some of this scenery finished. 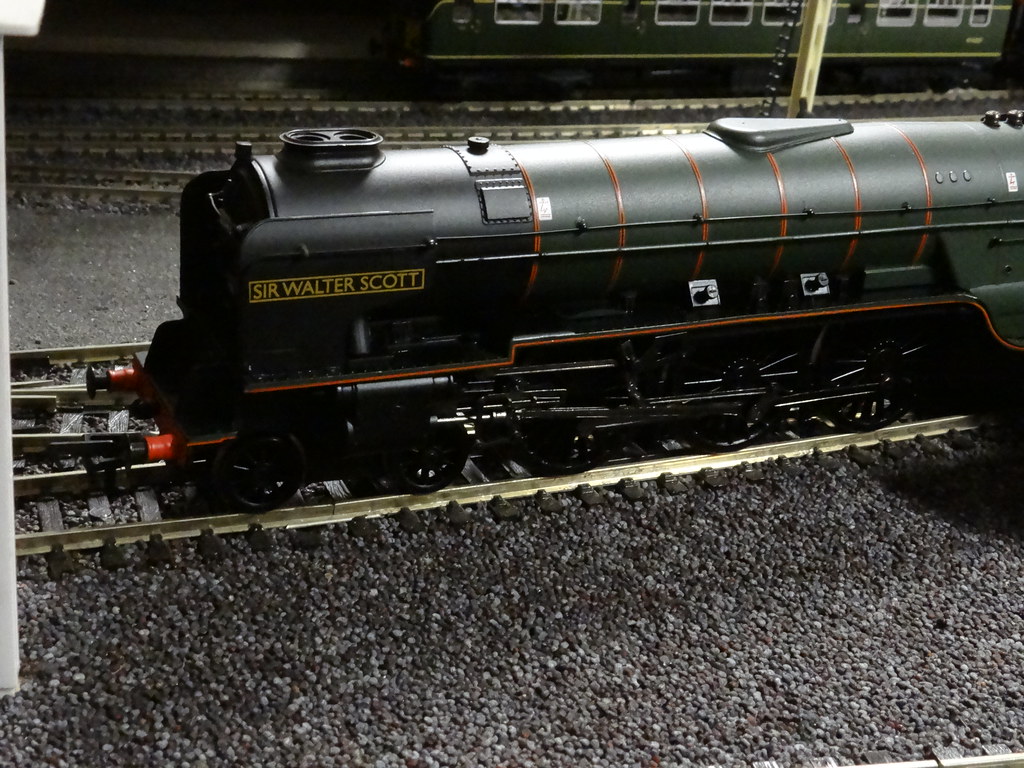 It seems impolite to ignore the running problems of D369 (Bachmann 32-481) I had previously corrected the 'lack of pickups' on Bachmann 32-480DS (D211 Mauritania) with the addition of extra phosphor bronze contacts left over from some improvements to Duke of Glooucester. Since posting the current Blog I have carried out a similar modification to the bogies of D369. This time I cut the required bits of phosphor bronze from the old pickups off a Dapol Castle. 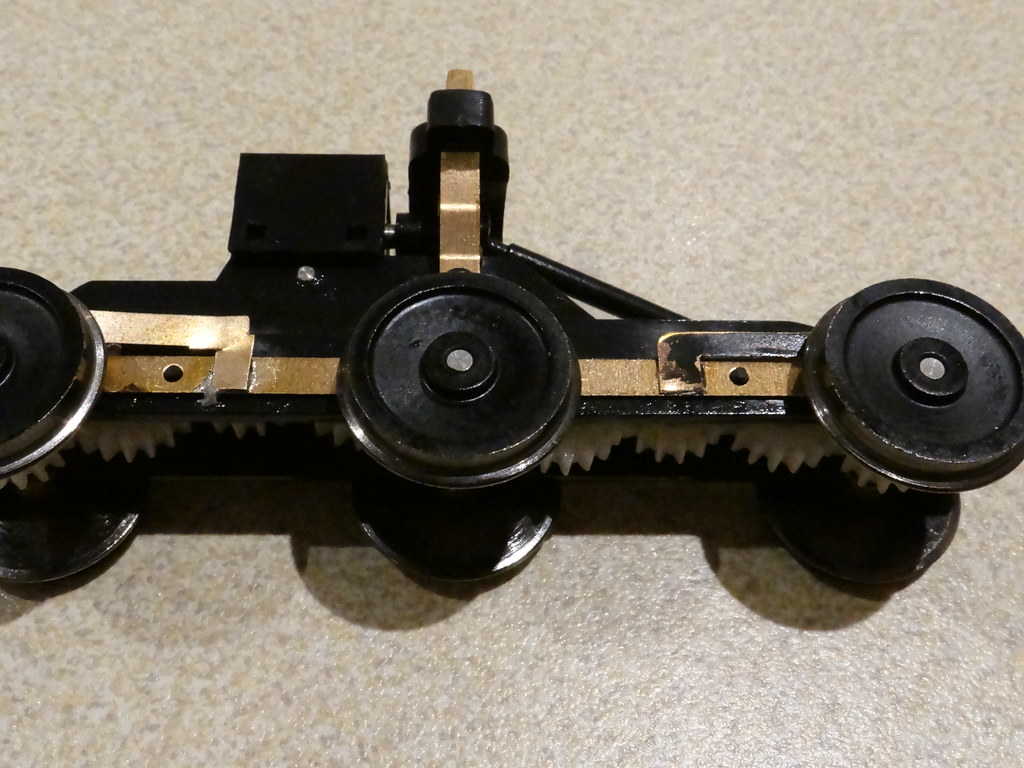 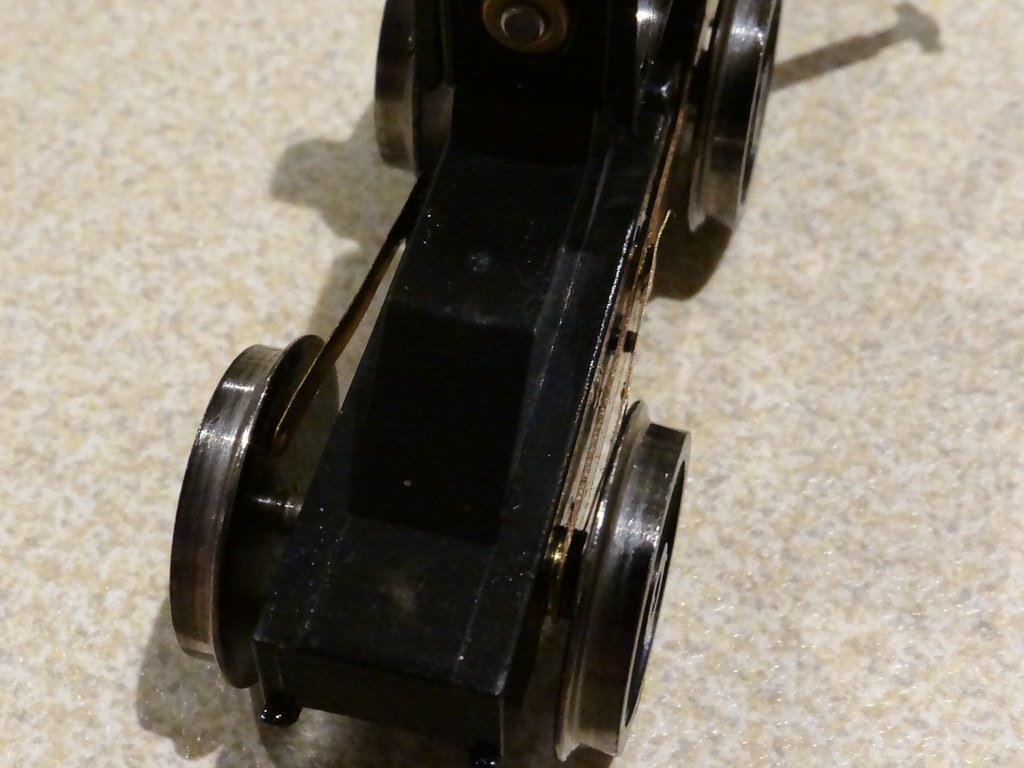