I spent an enjoyable morning installing my two shed cranes in the goods depot. As previously mentioned, the cranes are copied from the ones used at Paddington Goods, although similar types seem to have been used in other large goods depots in the 1900s. I have not been able to find any technical specifications, but I doubt if they were able to handle anything heavier than light goods in vans and wagons. 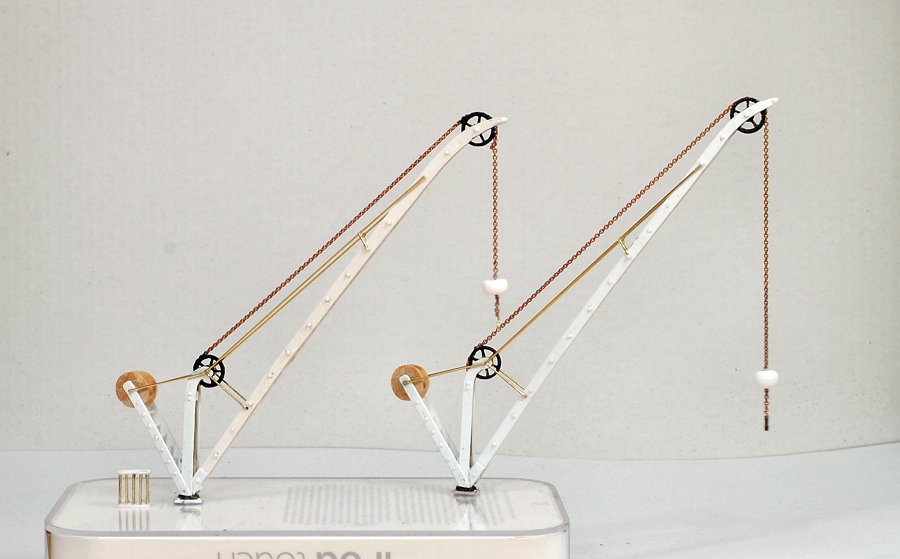 The cranes were scratchbuilt using plastikard and various other bits and pieces. I've decribed the build here. 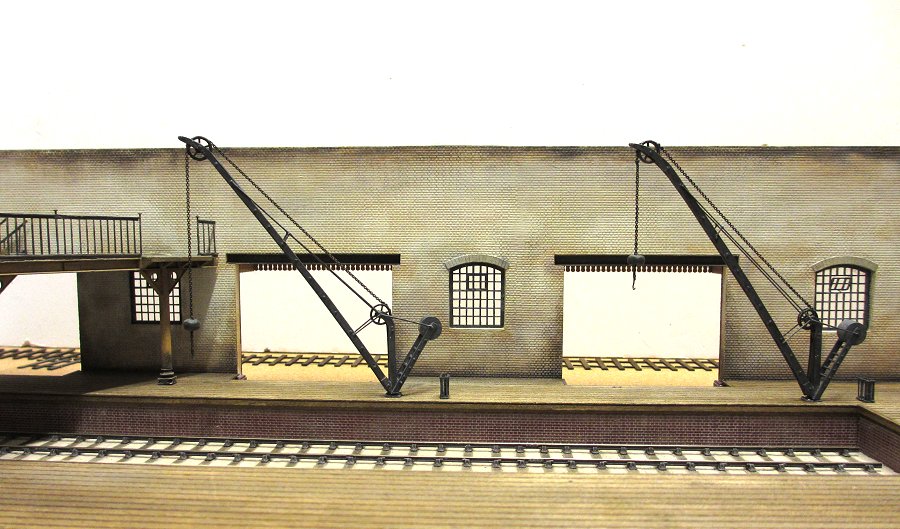 Looking at prototype photos I noticed that when a shed had multiple cranes, they tended to be grouped together in strategic positions. This makes particular sense with these cranes, whose purpose was to move goods from the vans/wagons to the cartage bays. 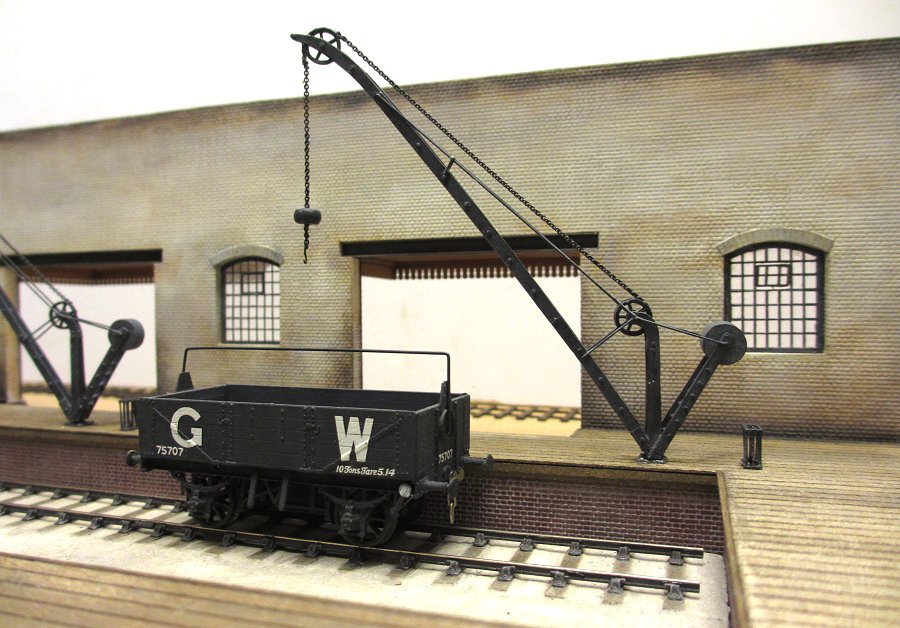 I therefore placed the cranes so that they were able to swivel between the goods stock and the cartage bays, thereby allowing goods to be transferred directly, as per the arrangement at Paddington. 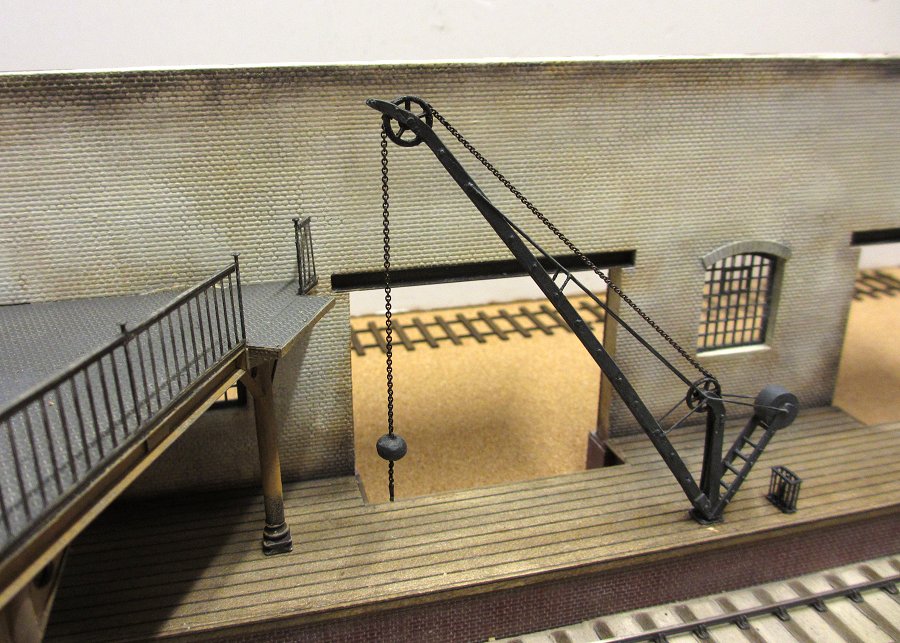 One of the cranes was placed so that it could also reach the balcony of the mezzanine floor. This is inspired by the arrangement at Hockley. The safety chains for the balcony have been temporarily removed as I wasn't happy with them. 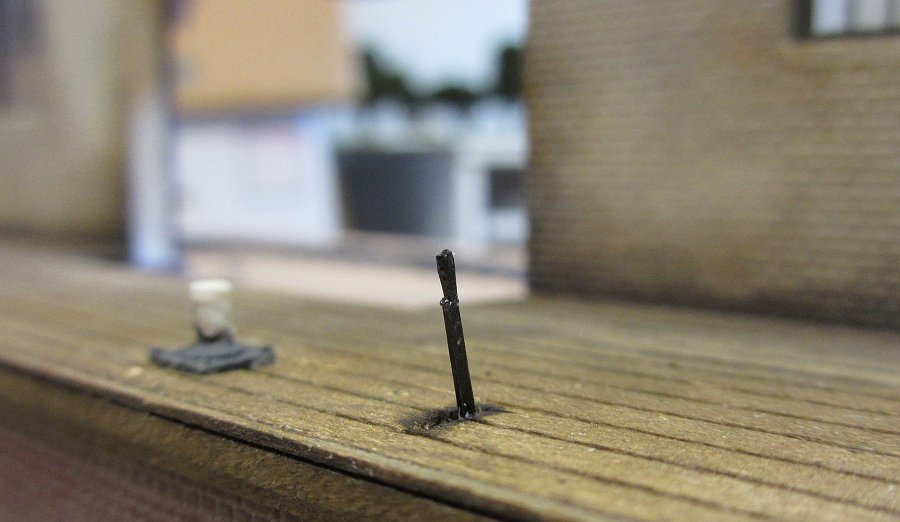 The cranes were operated by a lever which connected to a mechanism beneath the deck... 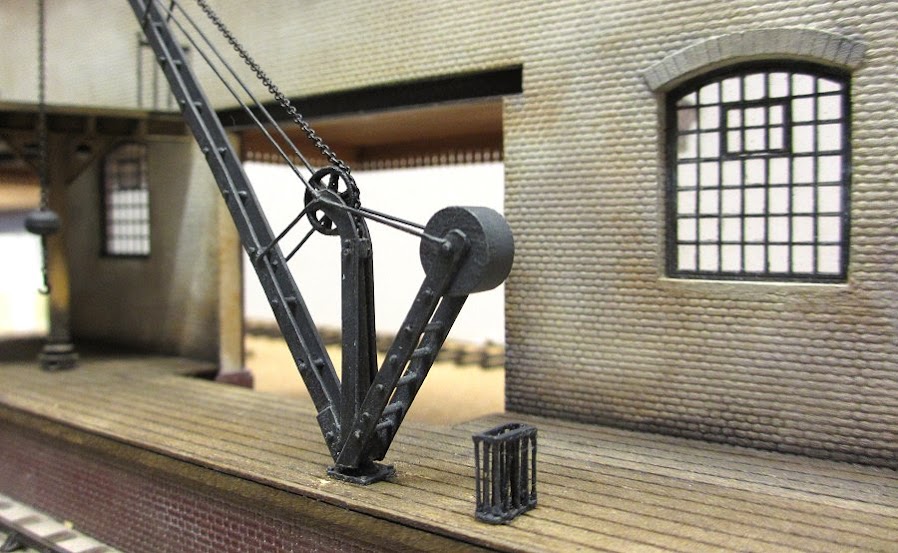 ...and the lever was protected by a small cage. The latter hasn't turned out very well and I think I will have to redo them with more care. 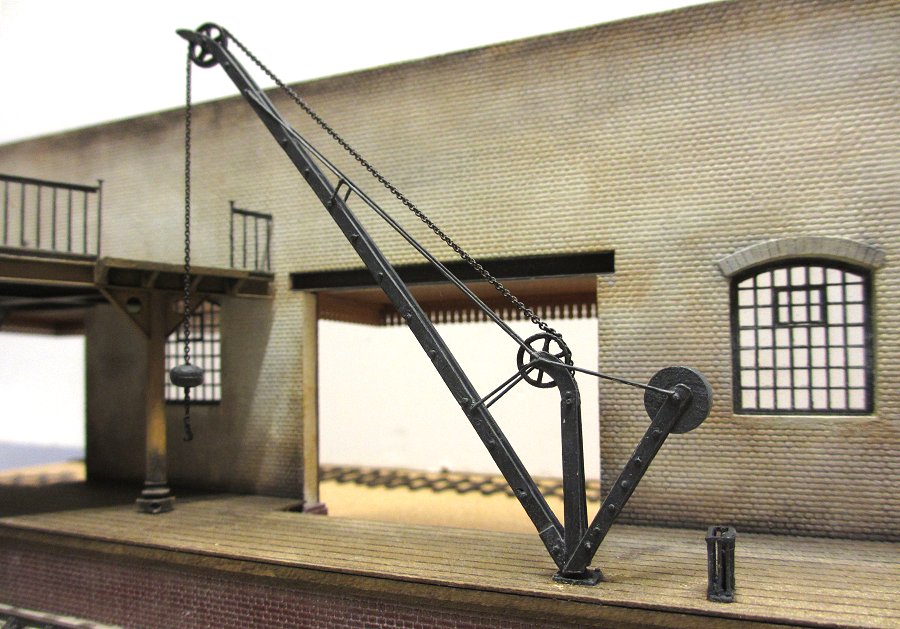 We discussed the livery of GWR cranes here. In my case I opted for the wonderfully ambigious "Medium Grey". Photos of the prototypes of these particular cranes alongside wagons suggest that their colour was not far from GWR wagon grey. 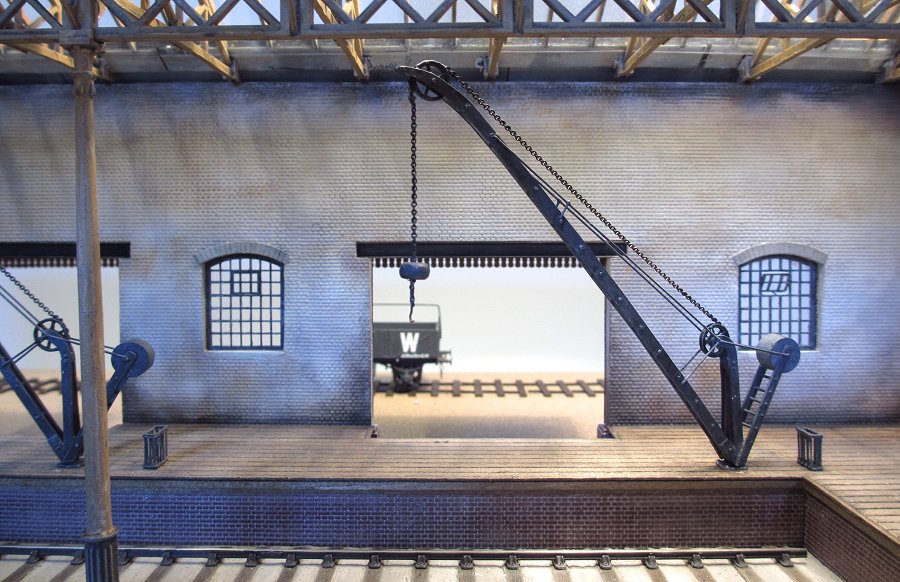 Finally, a photo with the roof on. I do like the look of these cranes, it's a very neat design I think.

The final photo also illustrates a couple of challenges that I have to address as the next step: The weathering of the walls is a work in progress, and is tricky because it shows up too strong in photos, while it looks fine in reality. I am also repainting parts of the roof structure, as I wasn't entirely happy with the shades I had used. It never ends, does it? :-)