I am minded of Pam Ayres and her words: “Infallible, articulate, self-confident... and wrong.” From her monologue ‘They should have asked my Husband’

When the opportunity presents itself I will buy etched plates.  Lately I came across a set of C.G.W nameplates for D1000 Western Enterprise.  These were followed by a set of plates for D1010 Western Campaigner from Extreme Etchings. 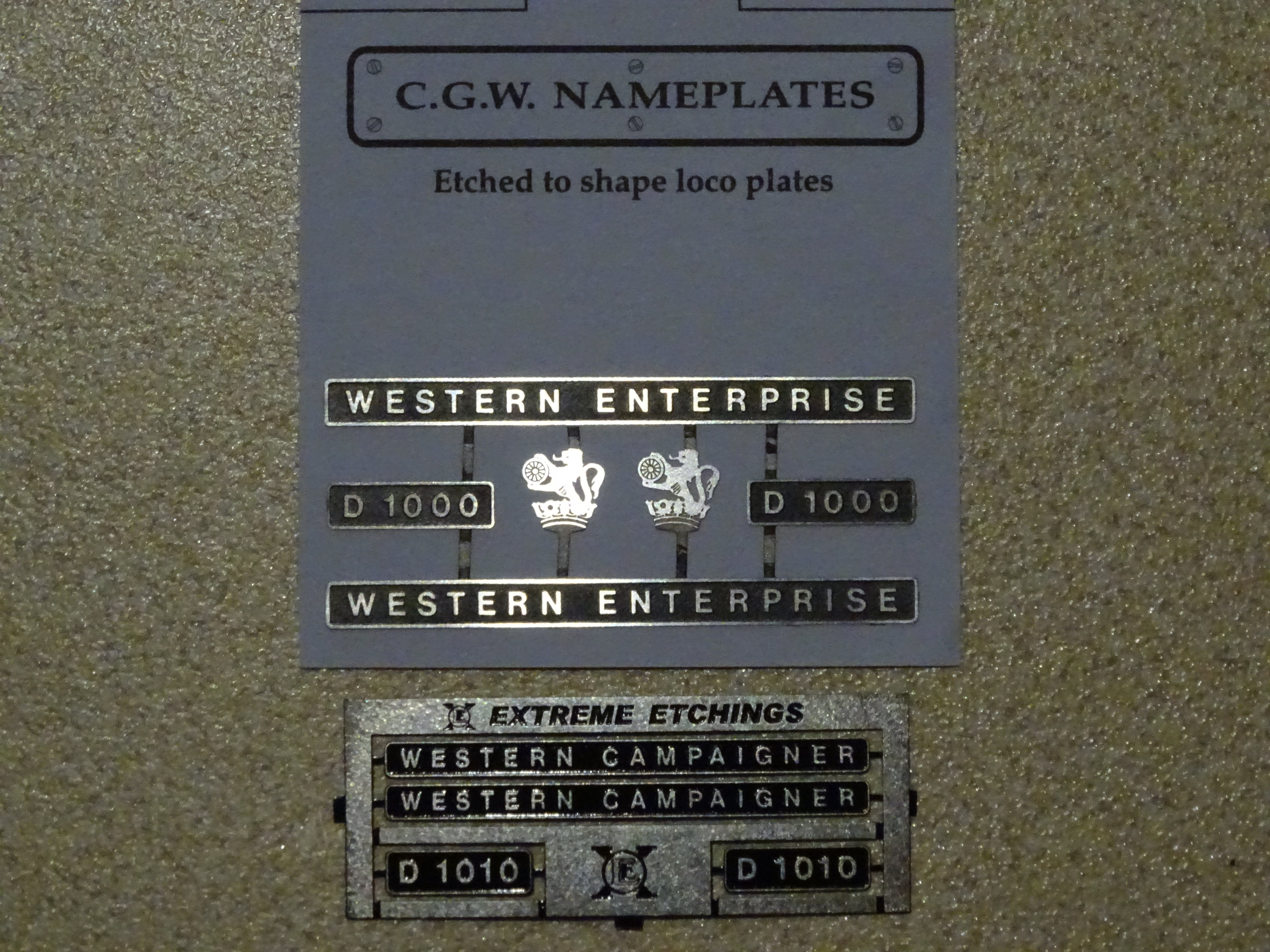 With all this ‘dreich’ weather we have been having I would spend a morning cutting out and fitting these plates.  I don’t know why I had not noticed before but the Enterprise plates looked to have been made to a different scale than those for Campaigner. 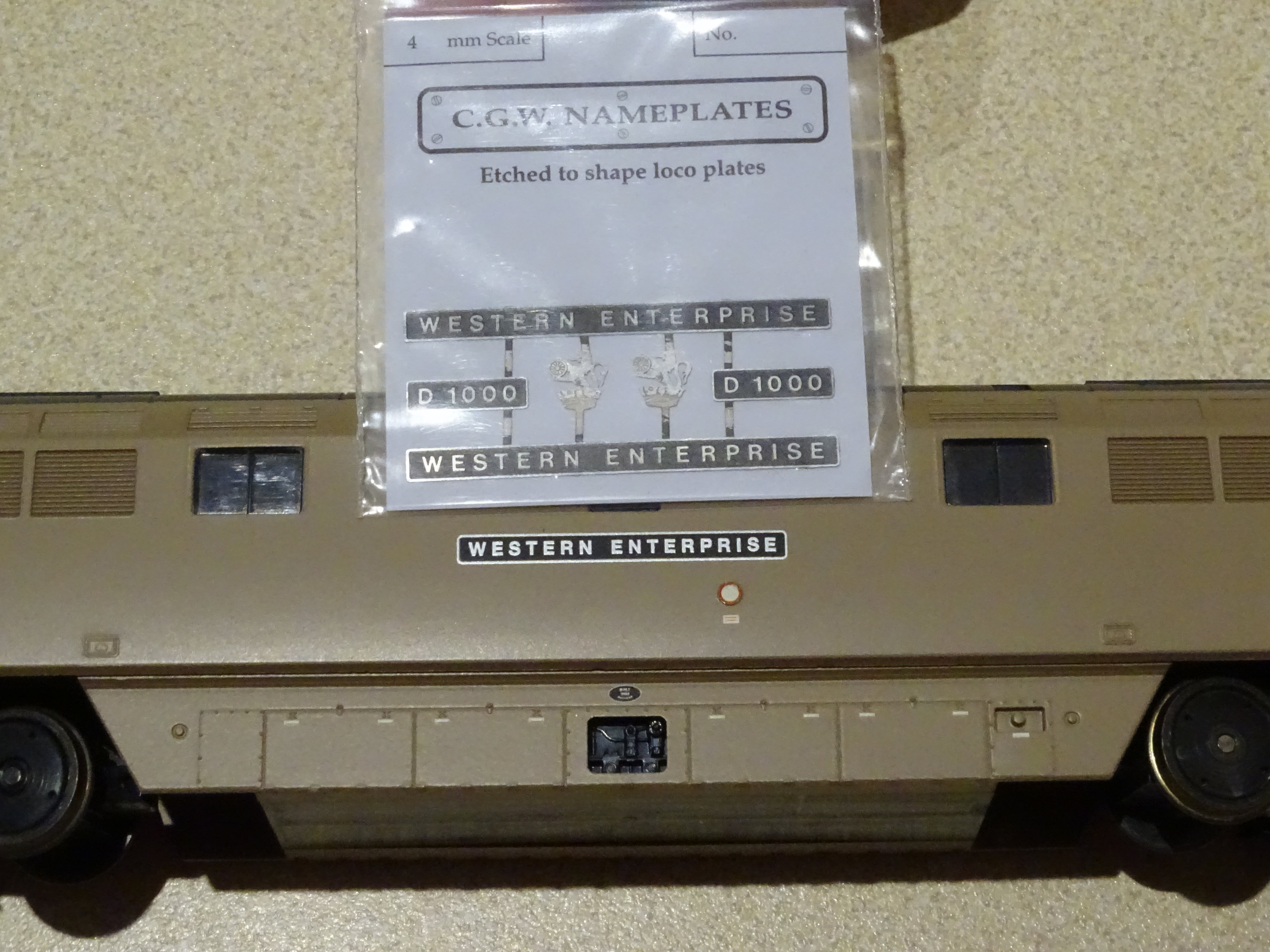 The C.G.W plates were ‘obviously’ defective.  I would return them to the seller.

“Hello. Sorry to hear that you are not happy with these nameplates, they are certainly not defective. From what I know about Westerns, D1000 was the first build and it carried over sized nameplates on the real loco, a set of these are at the NRM. D1001 onwards had the smaller size. Not prepared to accept return”.

I would need to undertake some research.  I had a copy of Brian Haresnape’s article in what used to be Trains Illustrated.  Clearly the name plates were substantial.  I would also look at RS Carter’s book ‘British Railways Main-line Diesels’ from 1963.  The RS Carter drawings are printed to a scale of 3.5mm to the foot.  By good fortune there is a drawing of D1000 with plates measuring 38.5mm (11ft).  The C.G.W plates measure 44mm – exactly 11ft at 4mm scale.  So – spot on!

This Post states; “It's worth mentioning here that D1000's nameplates were of a non standard size, the backing plates being the same depth as the number plates. All other Westerns had the standard shallower height plates.” 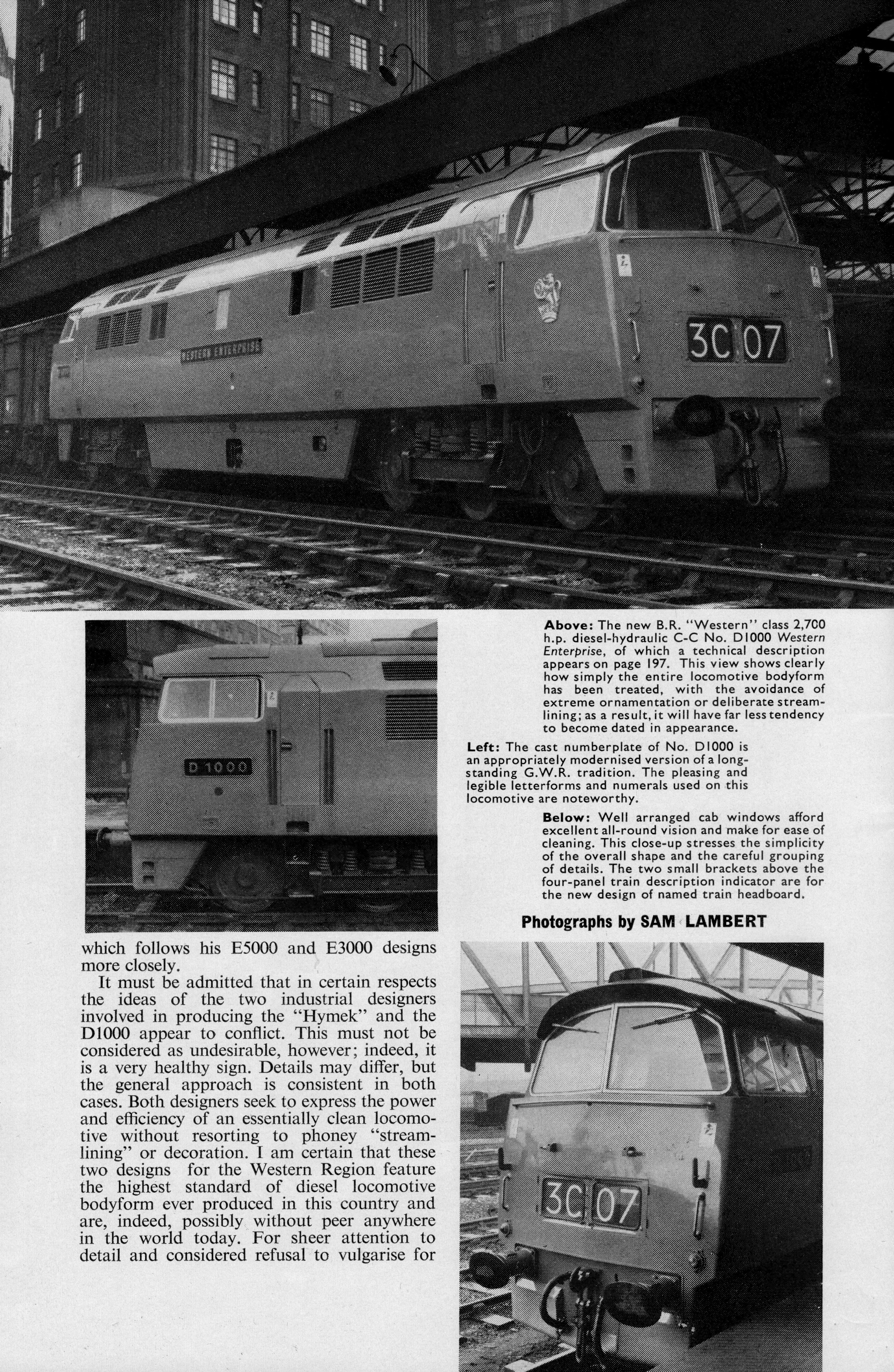 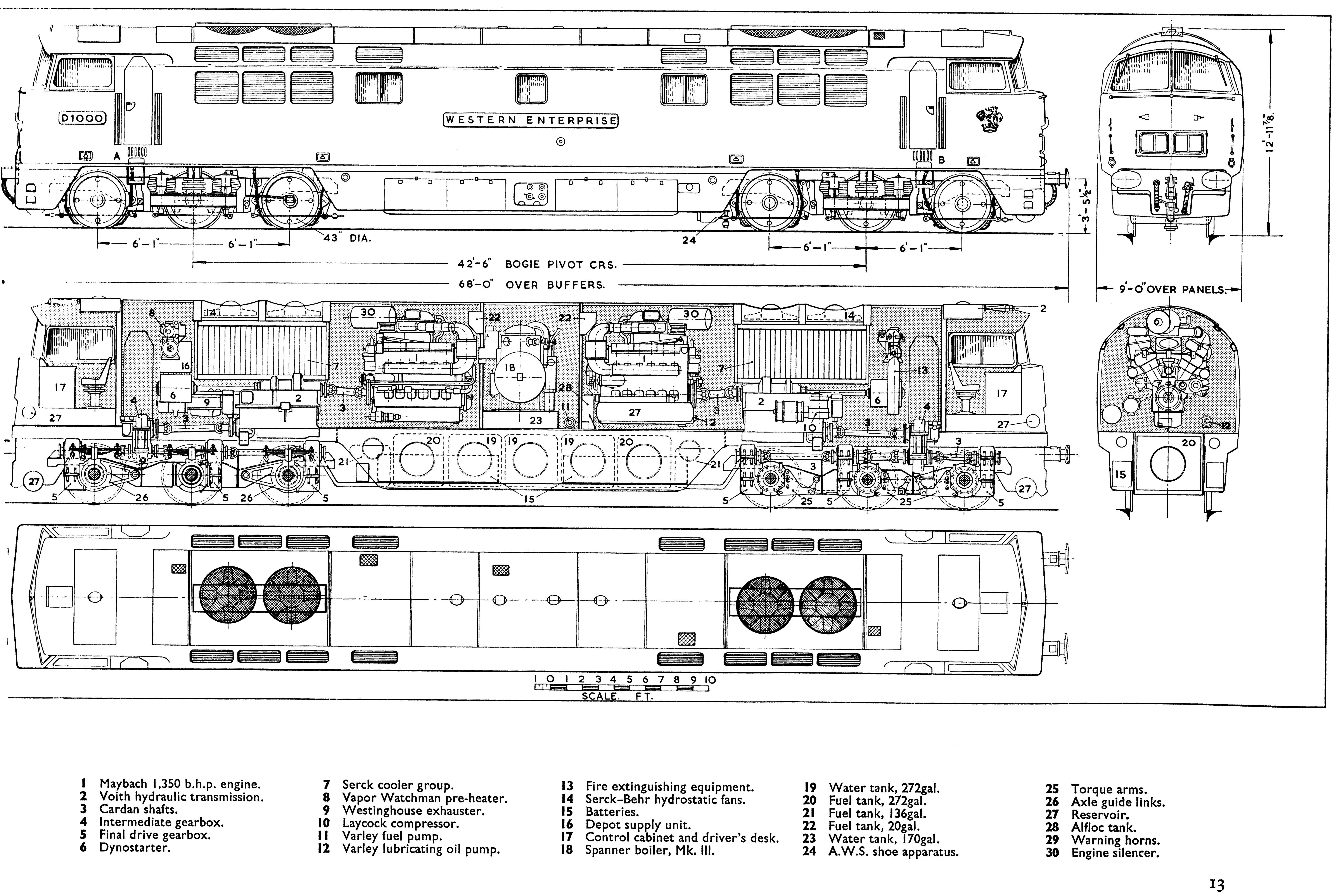 Full marks to Extreme Etchings, I was able to cut their plates from the fret in minutes.  The C.G.W plates must have been made of tougher (thicker) material because separating their plates from the fret took hours (well a long time) and I had to change the blade in my craft knife three or four times.  When using a craft knife to separate etched plates from their fret I place the etchings onto a smooth hard surface such as a Melamine offcut.  This way the plates remain well supported and do not distort under the action of cutting.

Western Enterprise entered service with three dimensional cast aluminium crests on the opposite side of the cabs to the plates carrying the running numbers.

The etching techniques used for the name plates do not lend themselves to making three dimensional objects.  Applying the C.G.W crests turned out well, helped I guess by being exactly the same size as the Heljan printed crests.

I have added some pictures below of the models fitted with their etched pates. 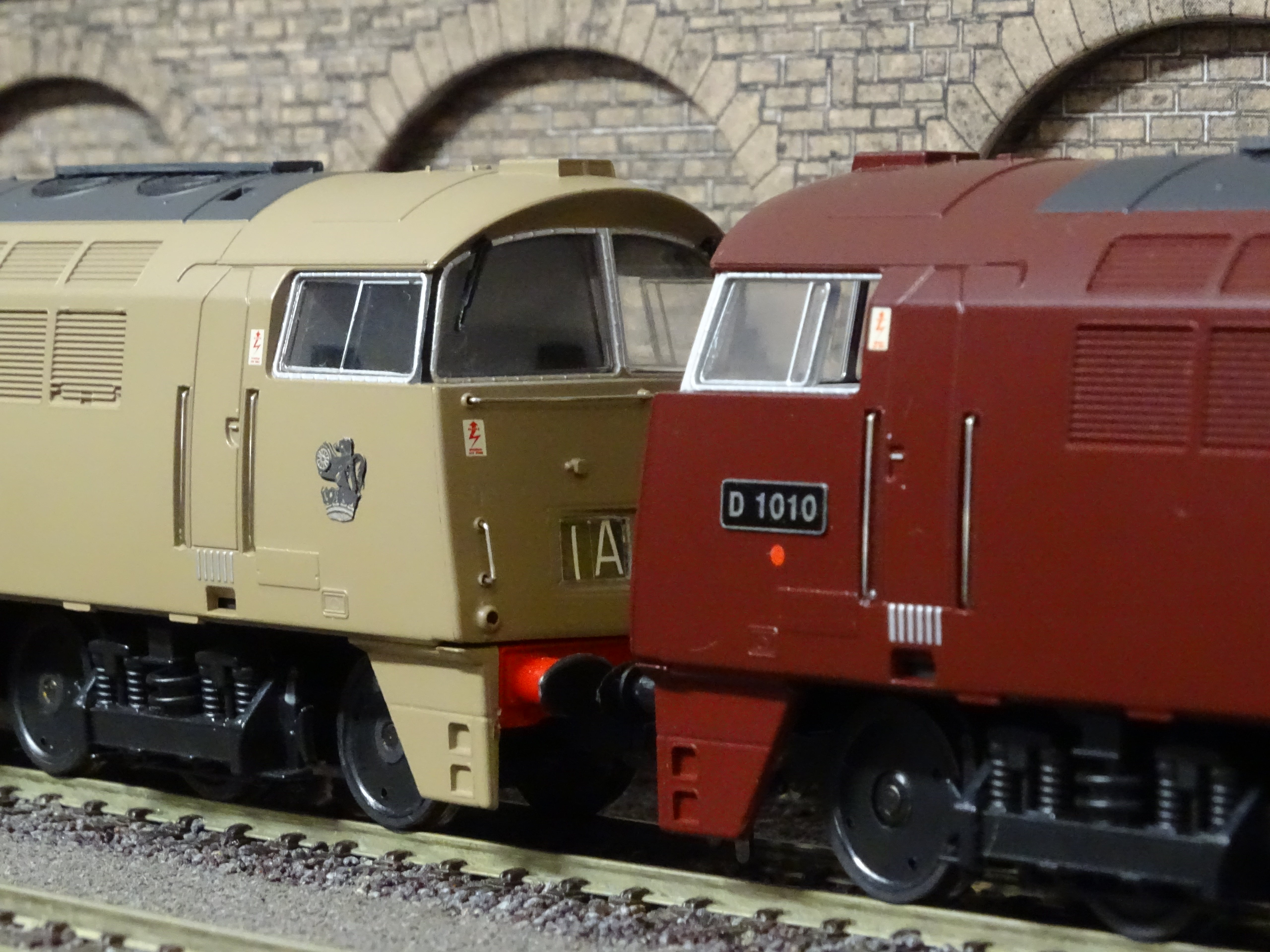 A couple of images to highlight the larger plates fitted to Enterprise. 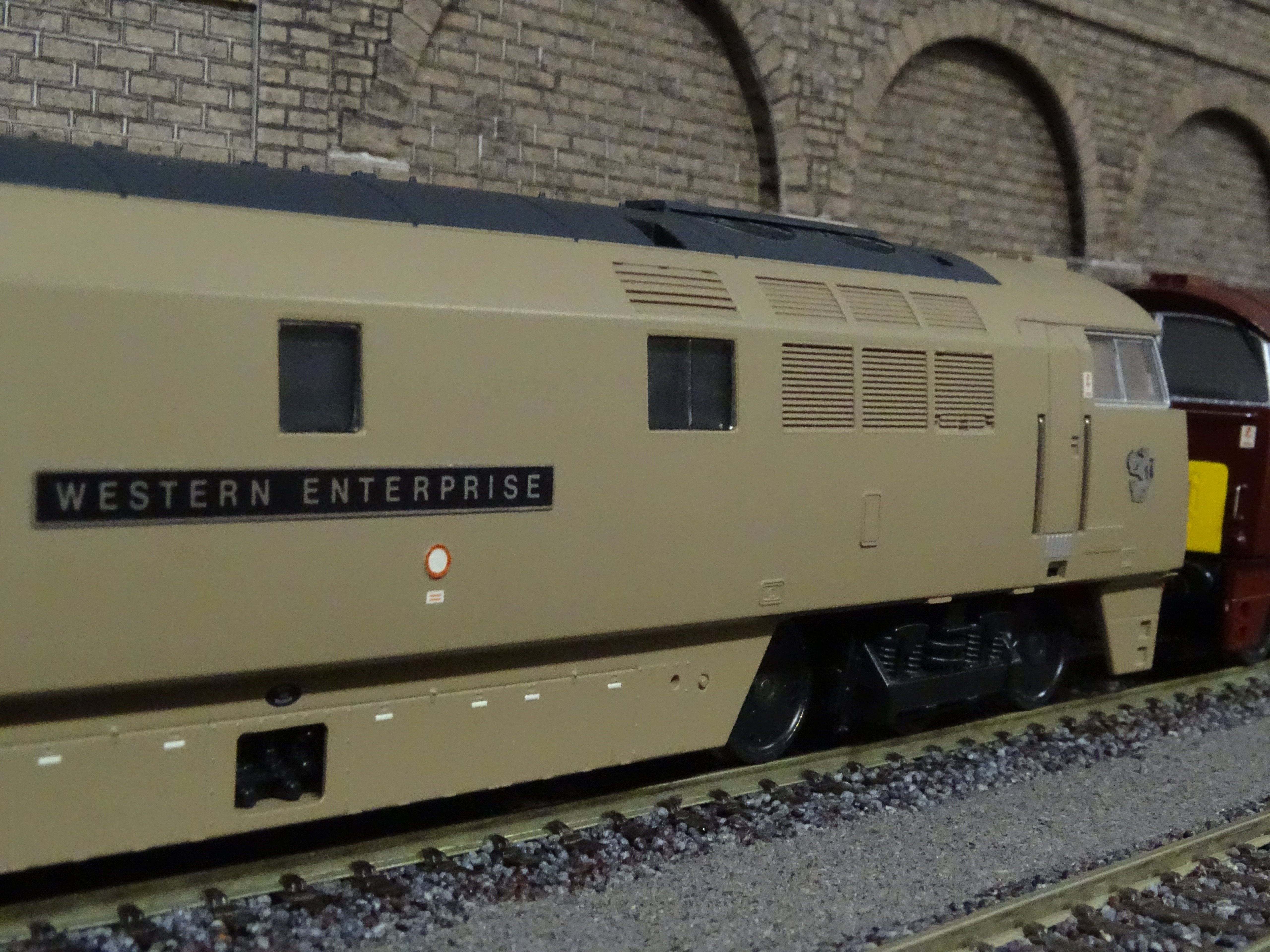 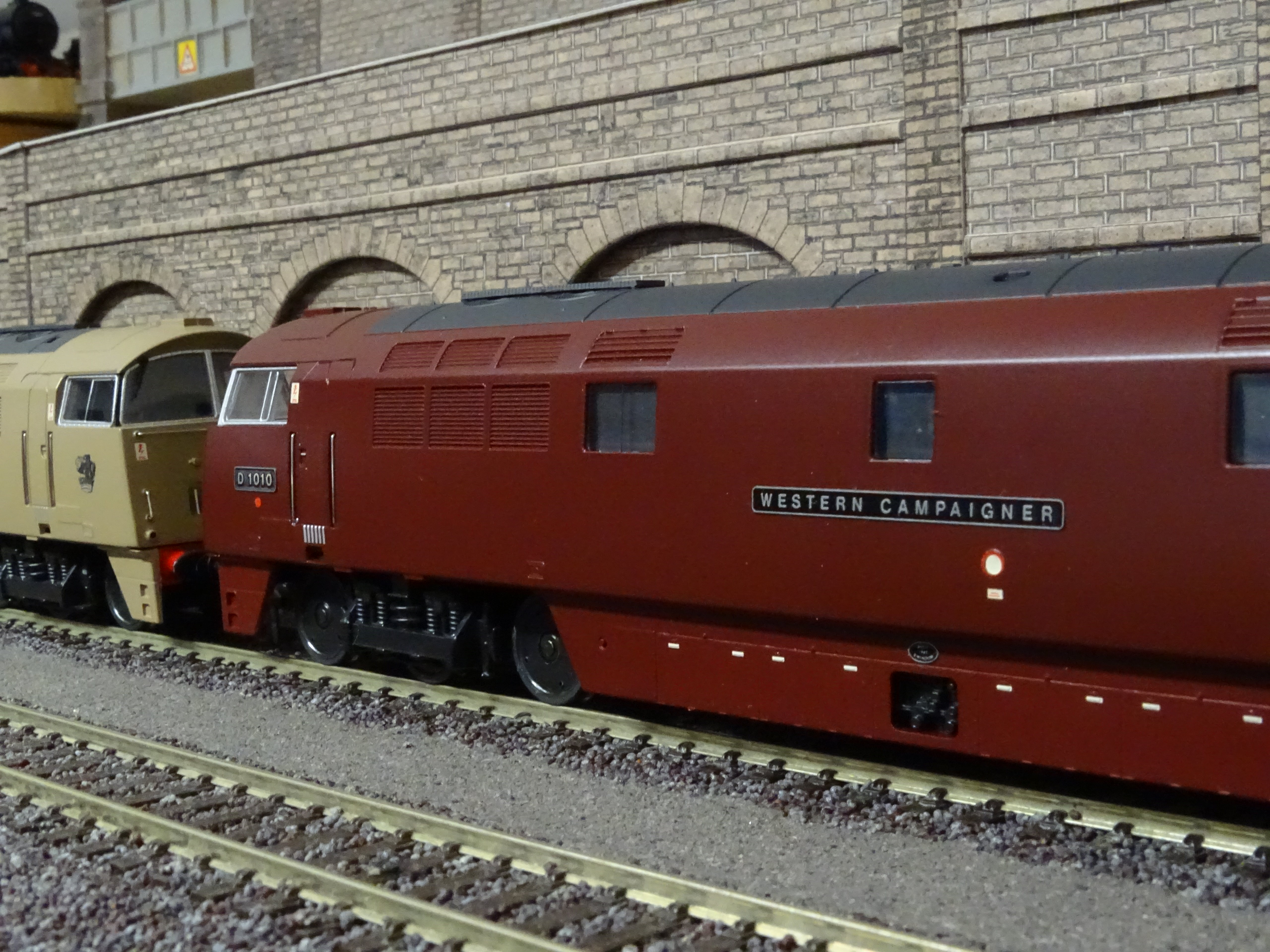 Finally a close up image of one of the cast crests which I feel has turned out rather well. 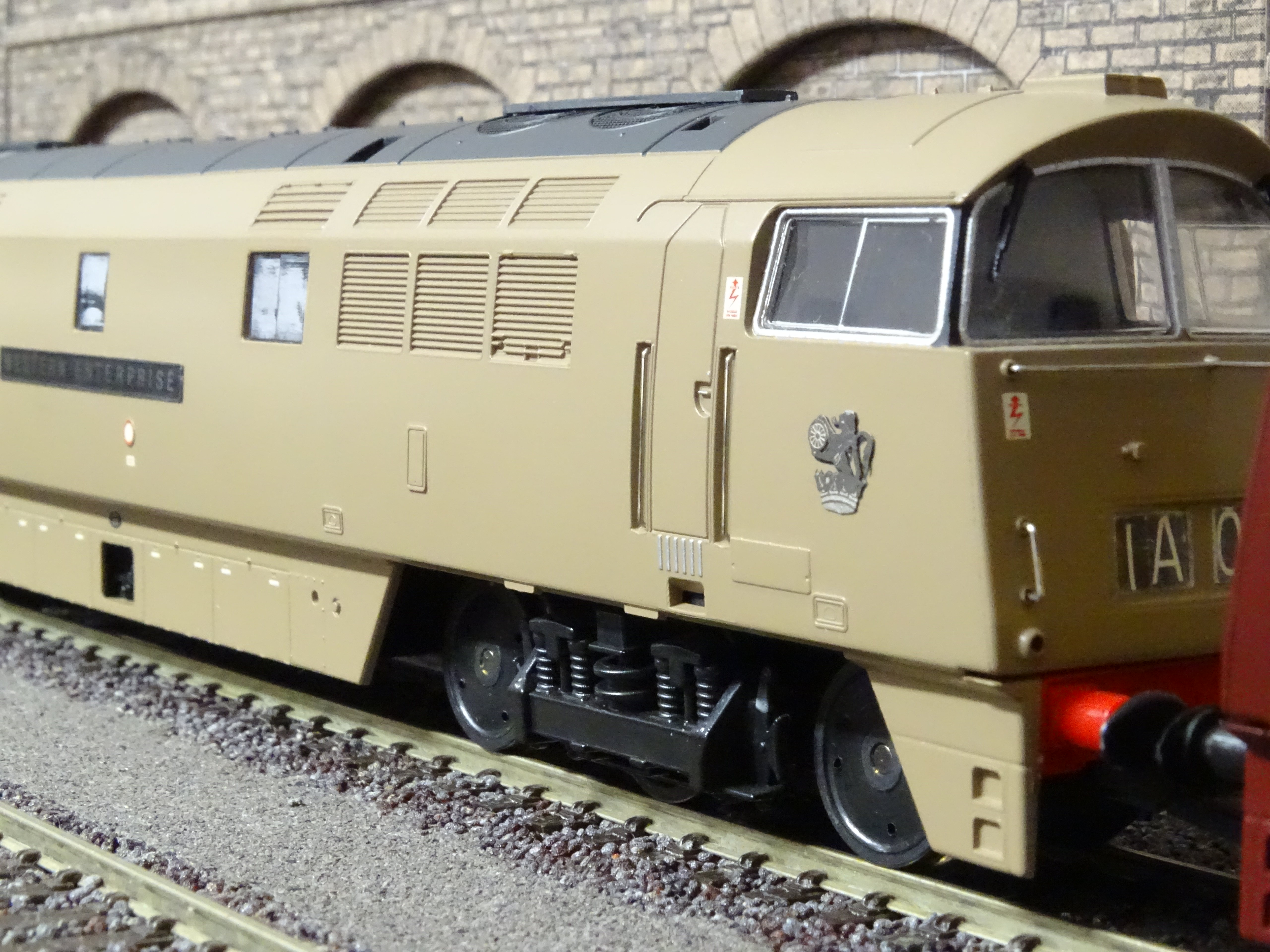 Close up of the etched ‘cast’ crest 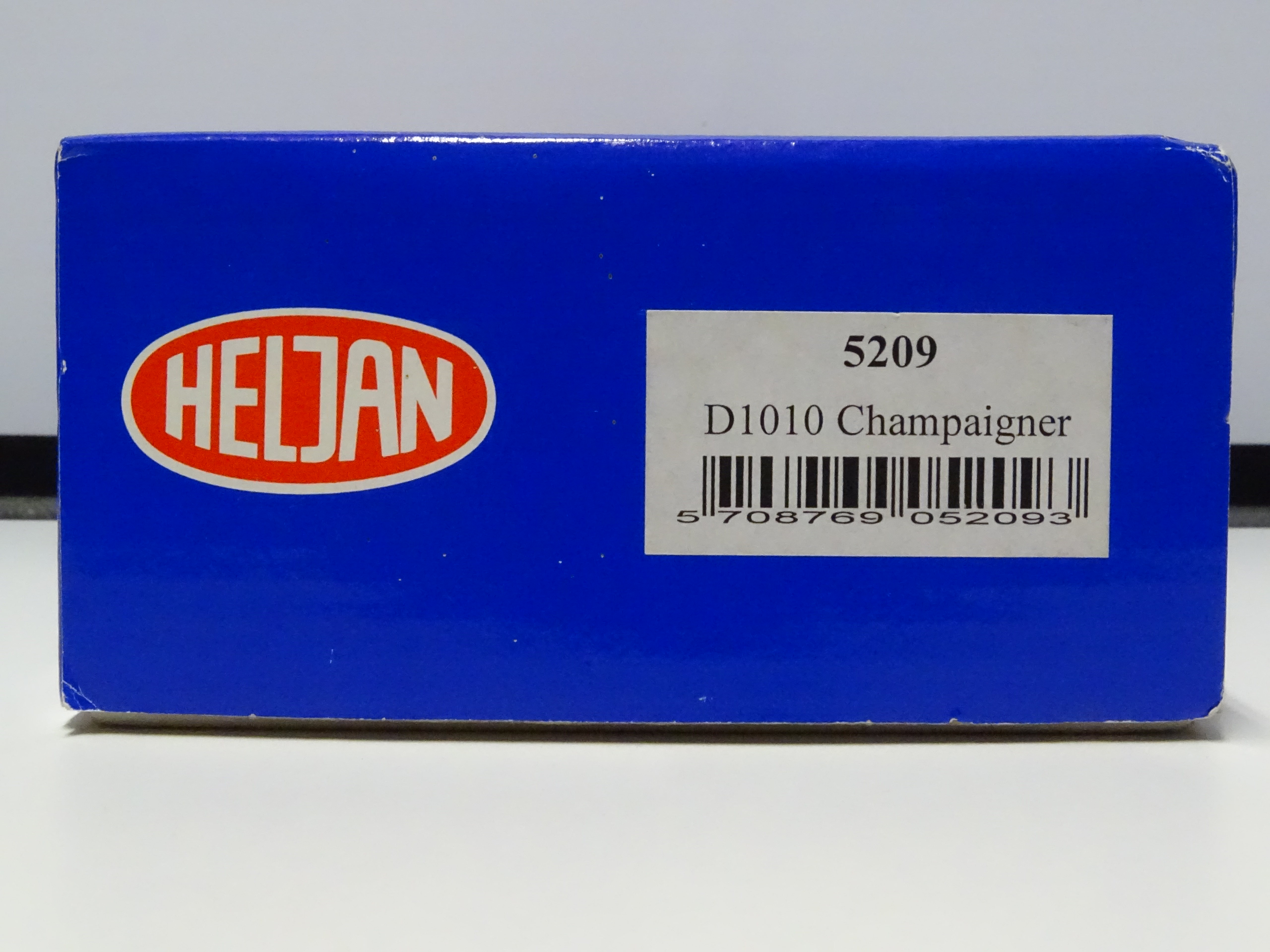 As a postscript I have added a picture of the box end flap for the Heljan model of D1010.  I would say in the words of Pam Ayres – ‘and Wrong”!  I first spotted the Heljan variation of the spelling on an eBay listing.  What a conundrum, should you advertise the model as named or as boxed?