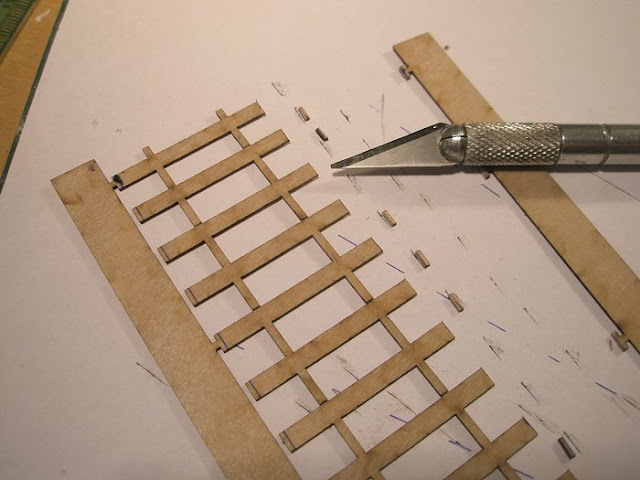 Been doing some further experiments with the Timbertrack panels from C+L. This is mundane stuff for experienced track builders (especially as there is no pointwork involved), but for me it's all new and part of an exercise to see if this whole track-building lark is something I want to get seriously into. 'The depot' is a good test-bed for this, because most of the track won't really be seen anyway J Above: The C+L GWR panels are essentially intended for EM/P4. In the comments to an earlier post, we discussed that my attempt to use OO 16.5 mm gauge on them gave a narrow gauge impression. Nick kindly did some maths and found that 31.5 mm sleepers would give the best proportional appearance of GWR 9ft sleepers with 16.5 mm gauge. So I cut down the timbers to that length, as seen above. 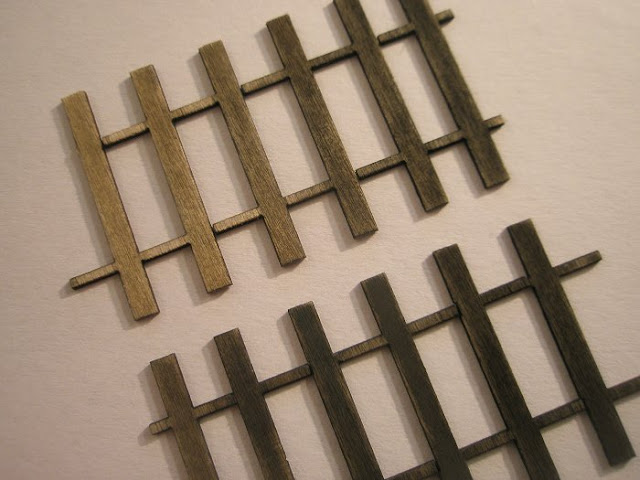 Above: I then conducted some highly scientific experiments to determine the correct colouring of the timbers. 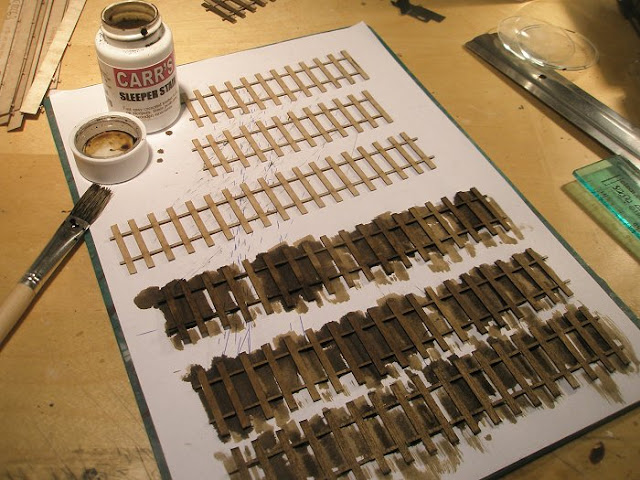 Above: After much testing, I finally arrived at the exact formula: Slosh on some sleeper stain and see how it goes!. 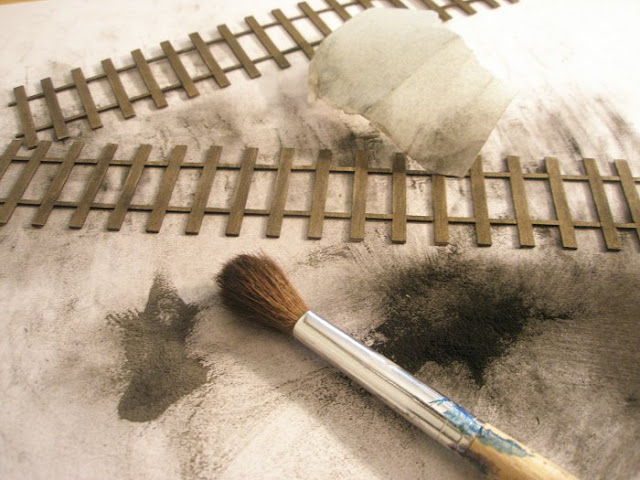 Above: Next, the timbers were weathered with powders. Again, clinical testing in a whisky-free environment led to a clear conclusion: Add some light stuff, then add some darker stuff. (Note the flying sandpaper. Dunno how that came about, but anyway it was useful for distressing the sleepers a bit.) 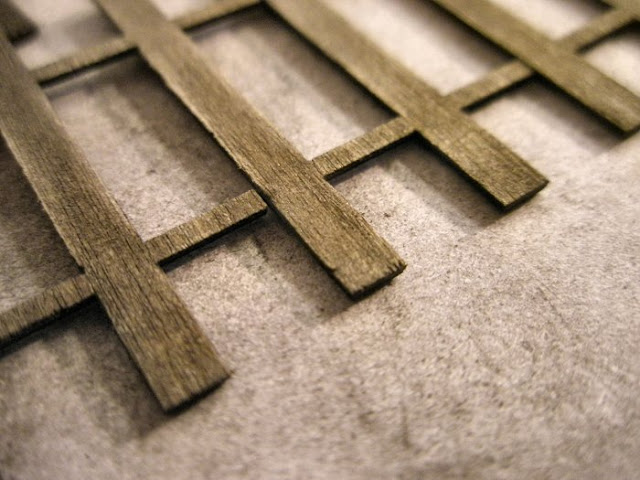 Above: So it ended up looking like this. Those are thin timbers! 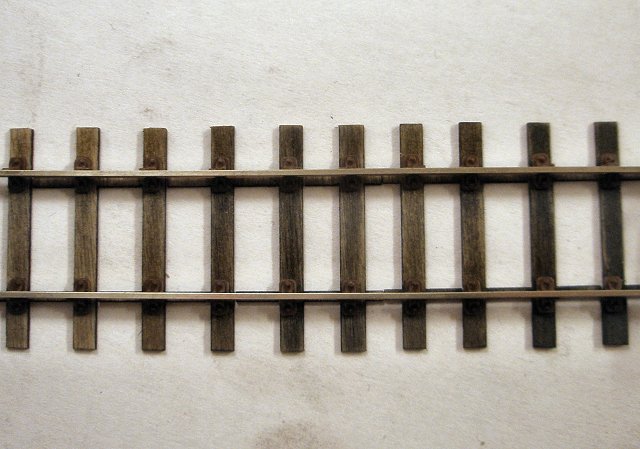 Above: Just a test here with rail loosely in place. I think the proportions are better now? 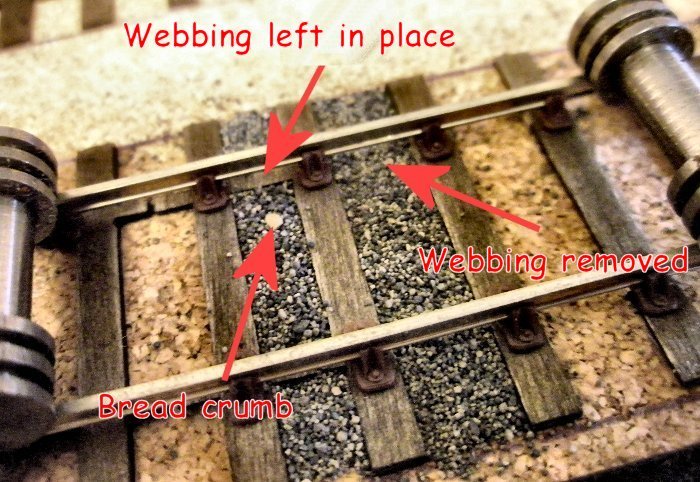 Above: Finally I did a test with Carr's ash ballast. I wanted to see if I needed to remove the webbing between the timbers. The C+L website says it's up to you, as it won't necessarily be visible. It is in my case though, as you can see above. So that will have to go.

So what did I learn from this?

1. Trimming the timbers does make the OO solution look less narrow gauge (I think). However, it also makes the timbers exactly as long as the C+L ready built flexitrack, which makes it tempting to just use that instead.

2. I might as well have purchased a bag of individual timbers instead of panels, since I'll be cutting away the webbing anyway once the panels are in place.