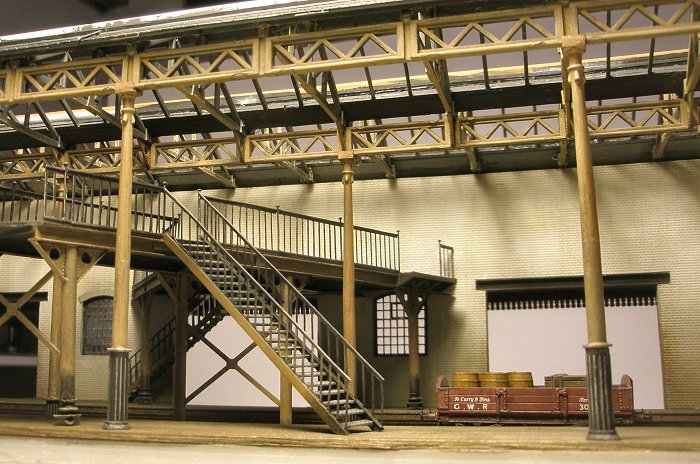 Modellers try to recreate the real thing. But sometimes we don't know how the real thing looked. Then what? These photos show my experiments with what I think was a standard livery for larger GWR goods depots around 1907, following lots of browsing of photos in books, and a brief discussion in this thread (many thanks gentlemen!). 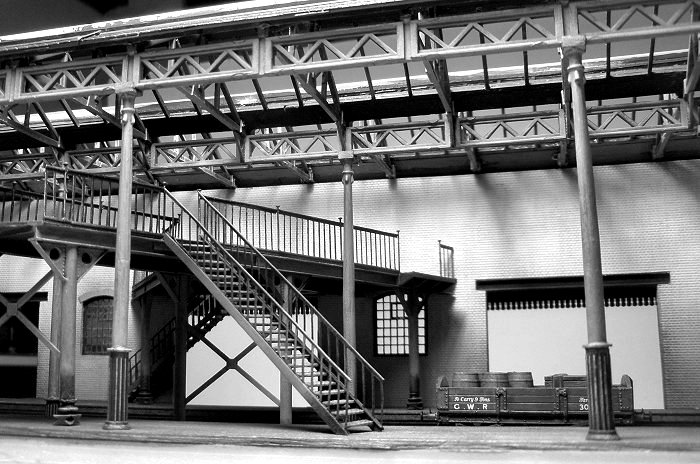 The trouble is of course that photos from the period don't have, er, colour - and are full of light and shadow. So it's hard to tell grey from light stone, or light stone from dark stone, or dark stone from chocolate. Above is the same photo again, without the colour. I think it highlights how hard it can be to interpret colours in b/w photos. Also, the photos themselves are just reproductions. Alas, the treachery of images ! 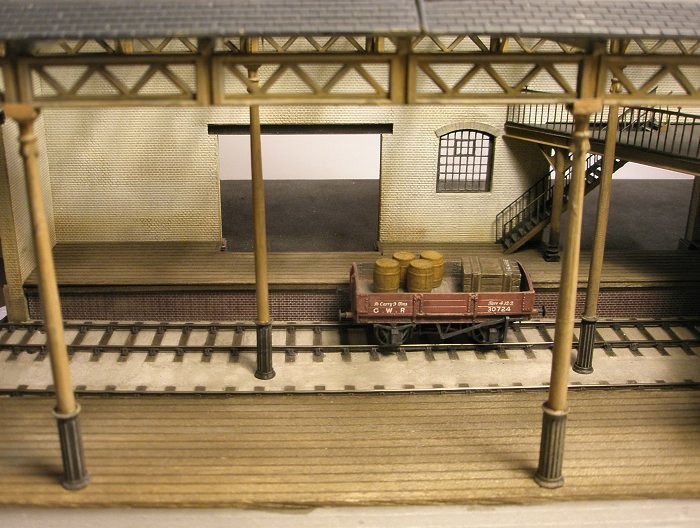 You'll be forgiven for thinking that this livery doesn't look very GWR. Neither did I at first. In fact I hated it, and thought it was completely counter-intuitive. I felt that shades of dark grey would be more appropriate. Or at least dark stone which was the preferred livery for ironwork on the GWR's public station buildings. But certainly not this BR look! 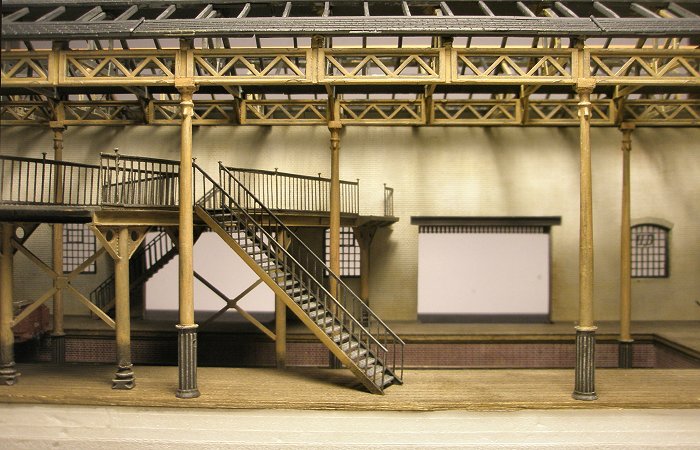 Still, the photos that I could find suggested that light stone ironwork with a darkisk chocolate base (to hide wear) was in fact common. And that it was often more clean than I would have thought. So I left it for a couple of days, and I began to get used to it. I also realized that it made a lot of sense: In a place like this you'll want things to be as light as possible.

Looking at the results so far, I think it may need a little more weathering after all. Maybe I should also align the height of the chocolate base so that it's the same all around (at 4ft heigh?). Plus, the weathering highlights in the chocolate has made it look too grey. 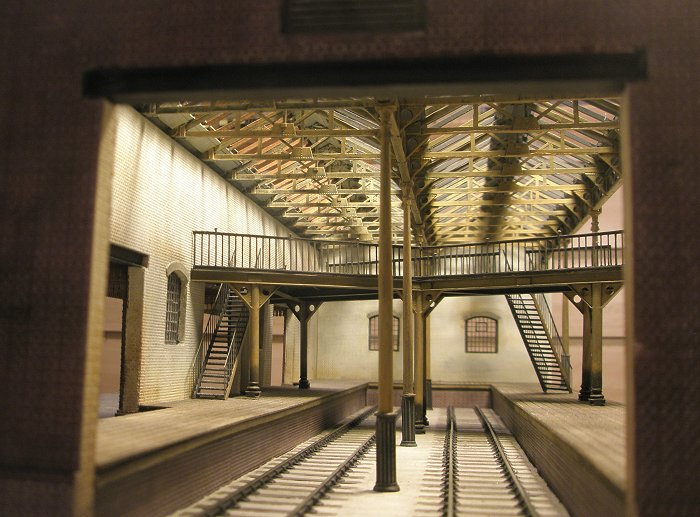 Perhaps this livery didn't just apply to goods depots. Looking at photos of other large non-public buildings on the GWR at this time seems to show the same livery (see eg the photos of the Swindon Works Road Wagon workshop in Kelley's GW Road Vehicles p27)...

But then again, I fully realize that this livery may turn out to be all wrong. So, any further comments and info would be much appreciated.