Some time ago, Miss Prism suggested that I could add a mezzanine floor to one end of “The depot” for extra goods storage. 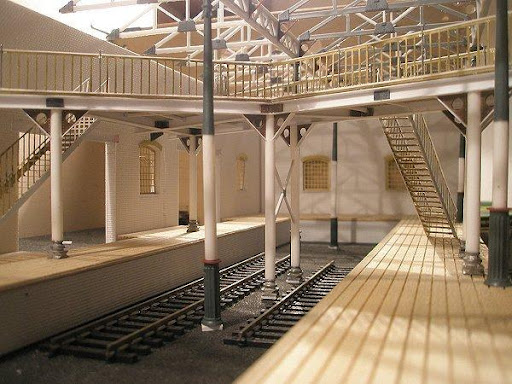 I liked the idea, and sought inspiration in some of the larger GWR depots, including (very loosely) the arrangements at Hockley. I tried to build the structure to look like an afterthought, added by the GWR when it ran out of storage space on the ground floor decks. The visible part of the mezzanine is imagined to connect to a more expansive off-scene section. 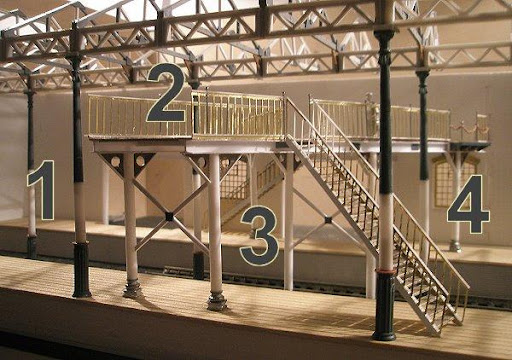 After various experiments I built the structure right across the middle of the depot, thereby dividing up the layout both vertically and horisontally. Visually, what used to be a single large space is therefore now four spaces, as illustrated here, plus the yard outside. 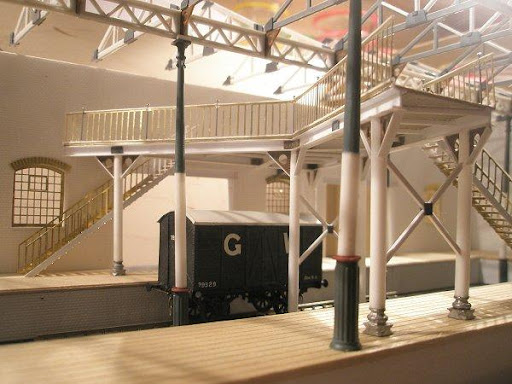 The “cut-away” effect at the front follows my preference for see-through structures at the front of layouts, which I think adds to the impression of depth and forces on-lookers to view the layout up close and at eye-level height, thereby placing him or her “inside” the scene. 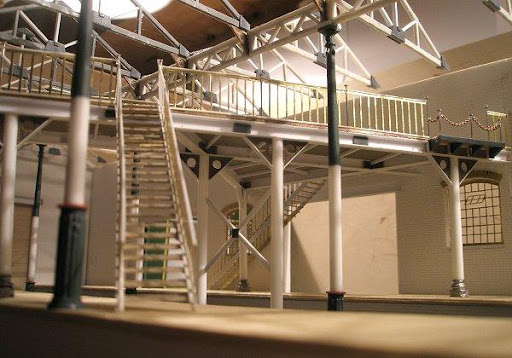 The main structure was knocked up from various bits and pieces, including Evergreen H sections and tubing, Slaters Plastikard and left-overs from various kits. 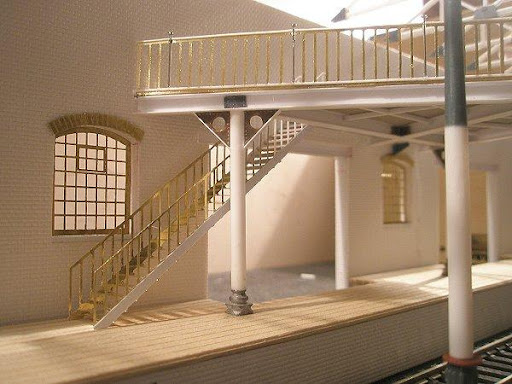 The stairs and fencing are modified and detailed Scalelink etches. These save some fiddly work but are fairly basic as they come and do, I feel, need some detailing to look right. The fences were detailed with Evergreen strips and drawing pins for posts. 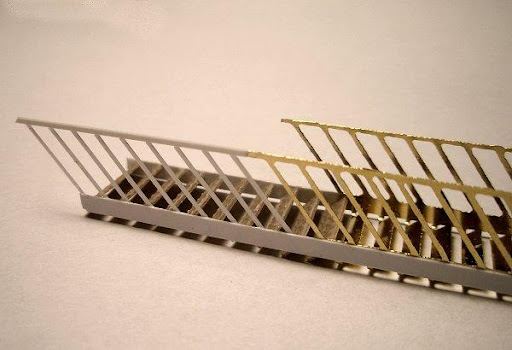 I ended up extending the stairs with plastikard to fit the necessary height. The r/h side shows the original folded-up etch. 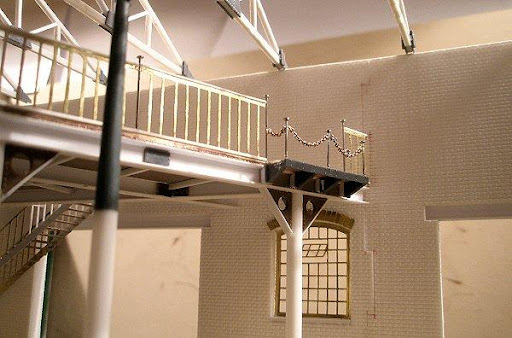 Goods will be moved to the mezzanine floor by way of cranes that I plan to build for the ground-floor decks at a later stage. If I’m not mistaken, that was the arrangement at Hockley, with goods lifted to balconies such as this one. 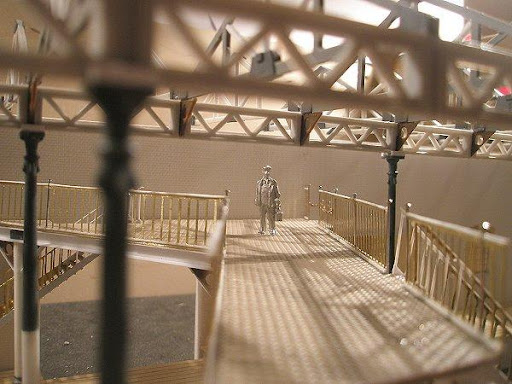 In retrospect there are various things I would have liked to do differently. A lower and more expansive mezzanine might have increased the visual interest further, and I wish I’d copied the structure at Hockley more closely, to increase the GWR imprint on it. Probably best to move on though, it's about time this stuff recieved some paint!