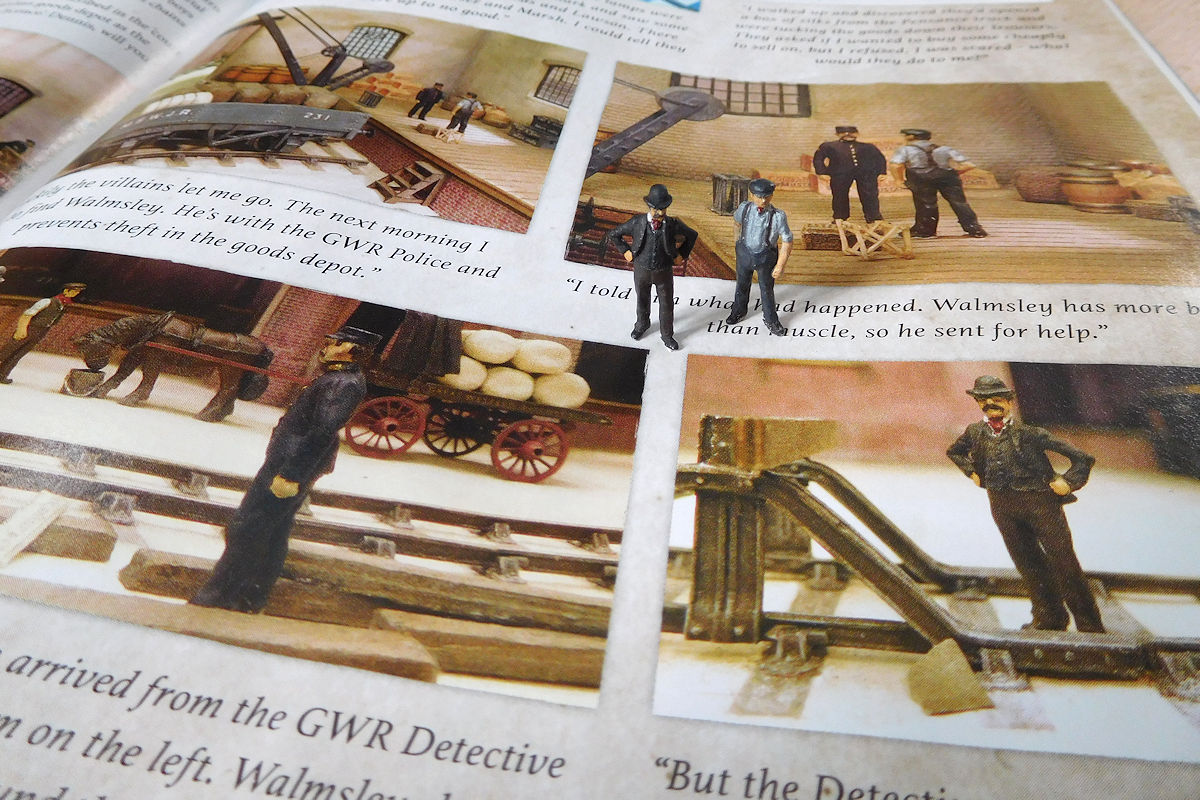 After a quiet spring things are moving again on Farthing. The Slipper Boy story is featured in the June 2016 BRM, which seems a good way to mark the end of work on that layout. Many thanks to BRM for featuring the story. It’s all just a bit of fun of course, but while studying the court case that inspired the story, it did occur to me just how much scope there is for modelling particular historical incidents on the railways. 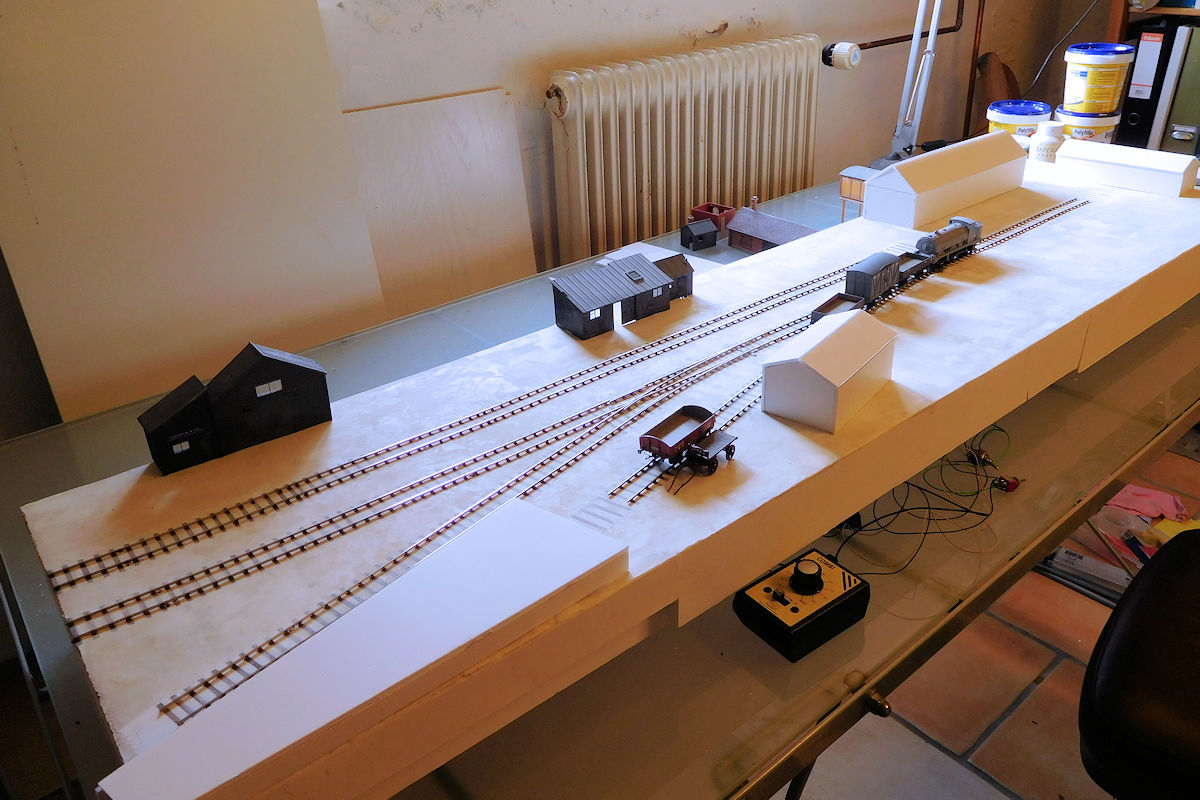 Meanwhile there has been progress on “The sidings”, my third layout in the Farthing series. Track and groundcover is now in place and trains are running. It hasn’t been without birth pains though. The layout was on the backburner for quite a while and I was losing interest, so I decided to do three things:

First, I adjusted the design to balance the layout better and “open up” the views. This involved widening the baseboard and moving the fiddle yard off the main baseboard. The trackplan remains mostly the same though, following the original inspiration from the backwaters of Gloucester Old Yard. This includes the very short headshunt and the two sidings with loading facilities that were hired out to private companies. I’ve played around with the latter and added a bit of, ahem, local lore - more on that in another post. 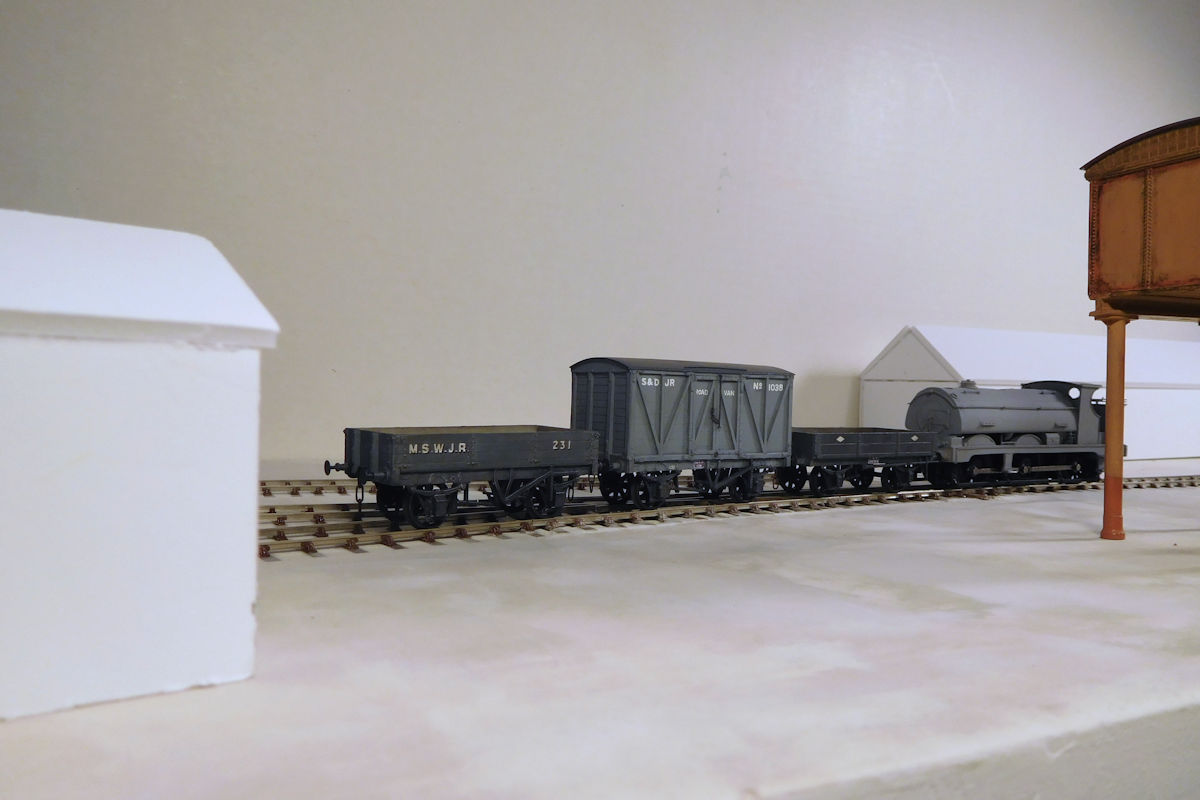 Secondly, I scrapped the idea of using gravity shunting. Despite some success with initial experiments, it was becoming a major project in itself and was bogging down progress. I appreciate all the ideas offered though, maybe another time. There is still shunting to be had, thanks to the short headshunt and the exchange of wagons between two locos, as was also done at Gloucester. 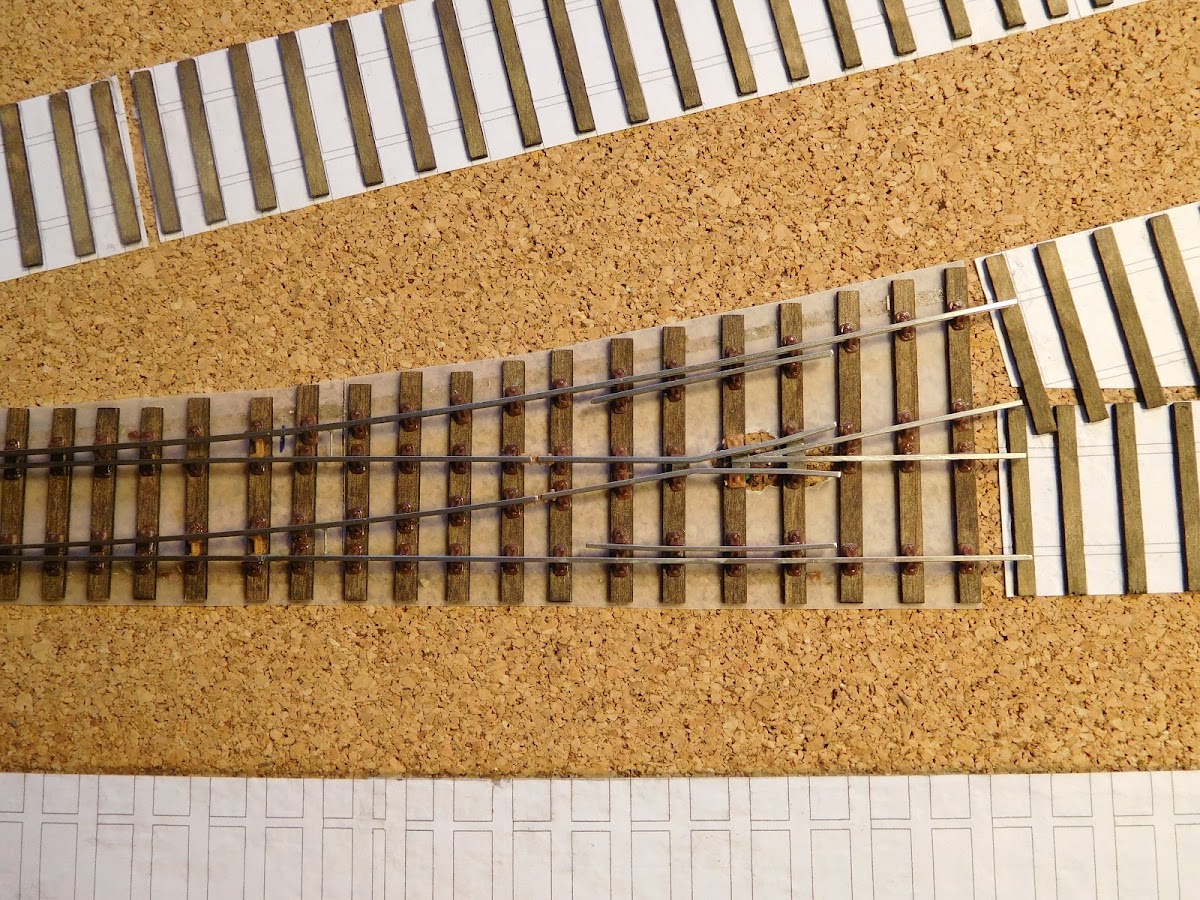 Thirdly, I cut a corner and decided to have the two points built professionally. This hurt my pride a bit, but I wanted to move on and so John Jones (aka “Hayfield") of this parish built me a couple of nice 00-SF (aka 4-SF) points at a very reasonable price. 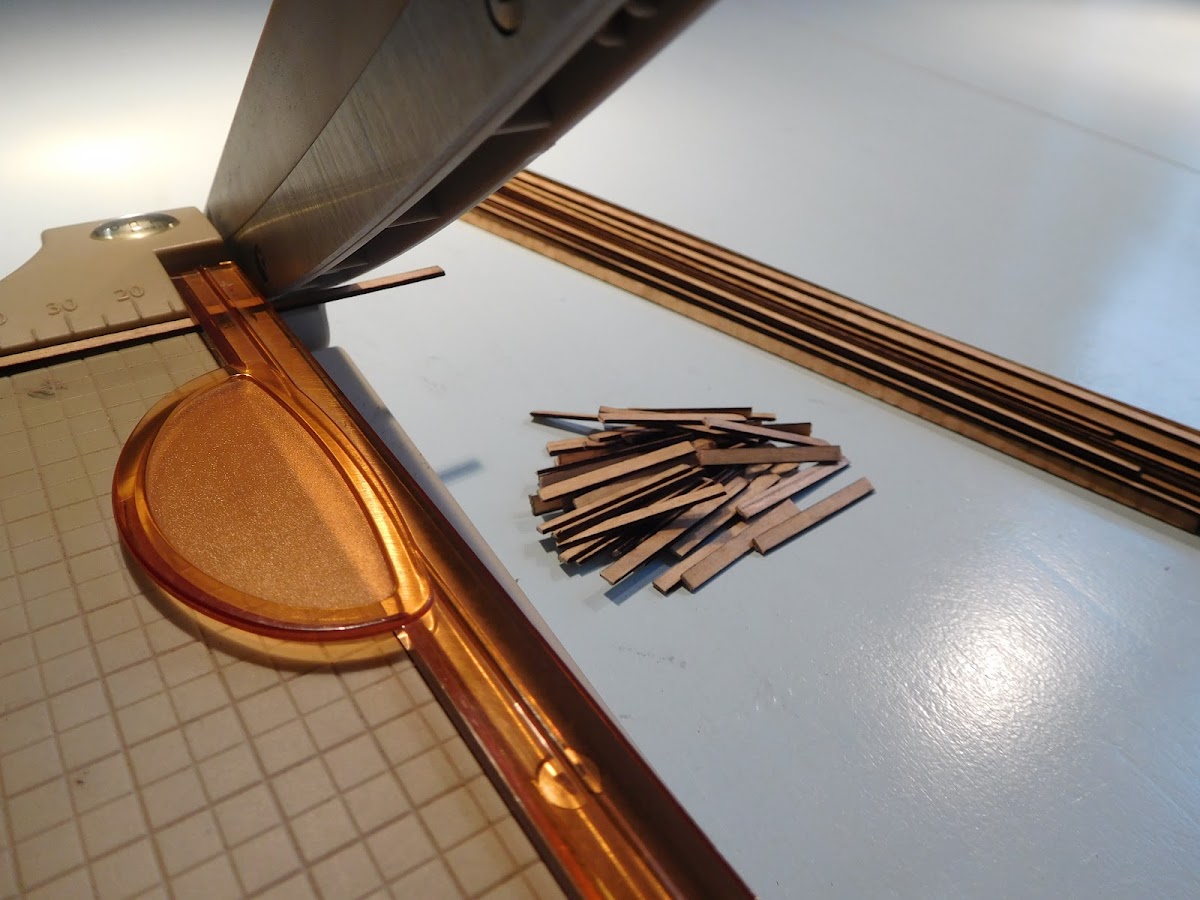 With momentum duly restored I set about building the plain track. Sleepers were cut using my old paper cutter… 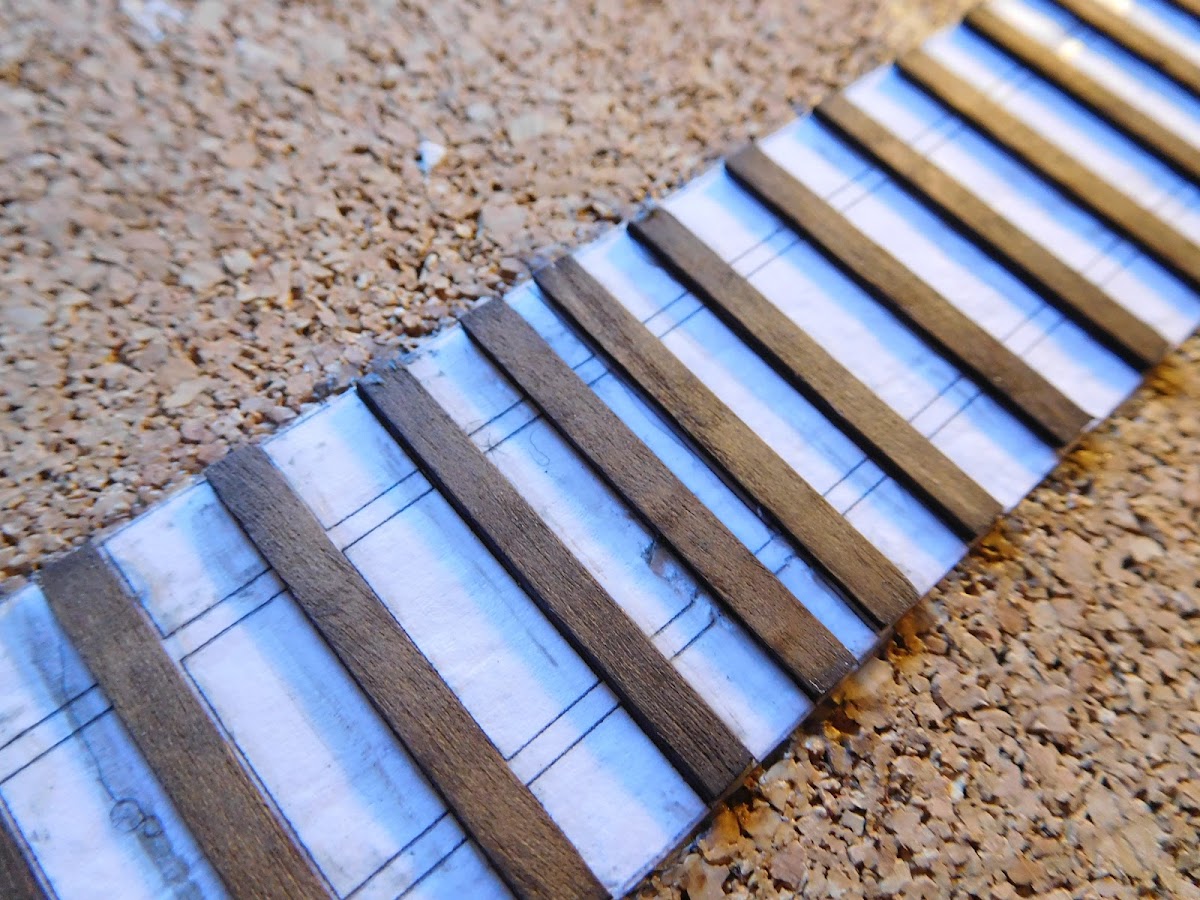 …and stuck onto templates of GWR 44 ft track lengths. I tried to copy the GWR’s sleeper spacing at the rail joins. 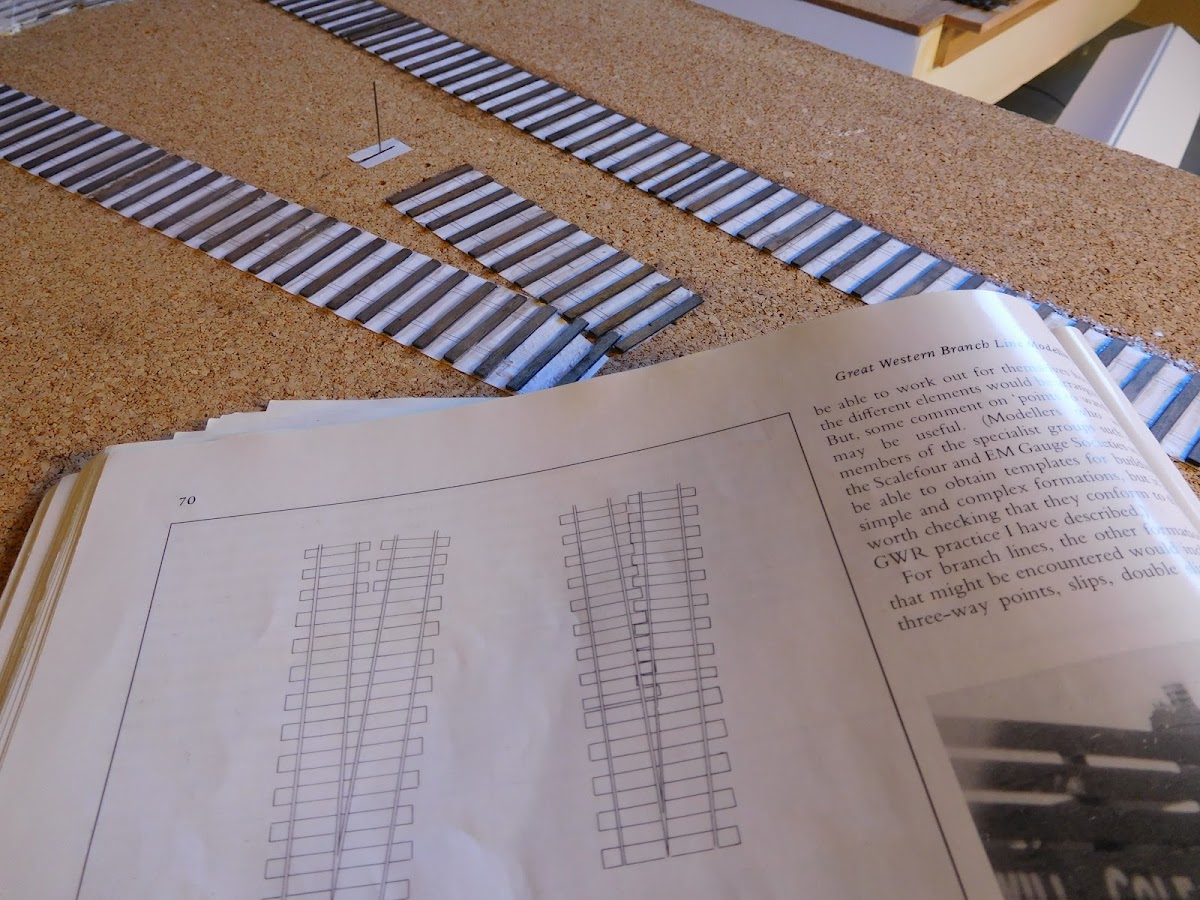 According to Stephen Williams, the GWR employed two different ways of laying sleepers at the end of points, the “interlaced” pattern being more common. So I did that. 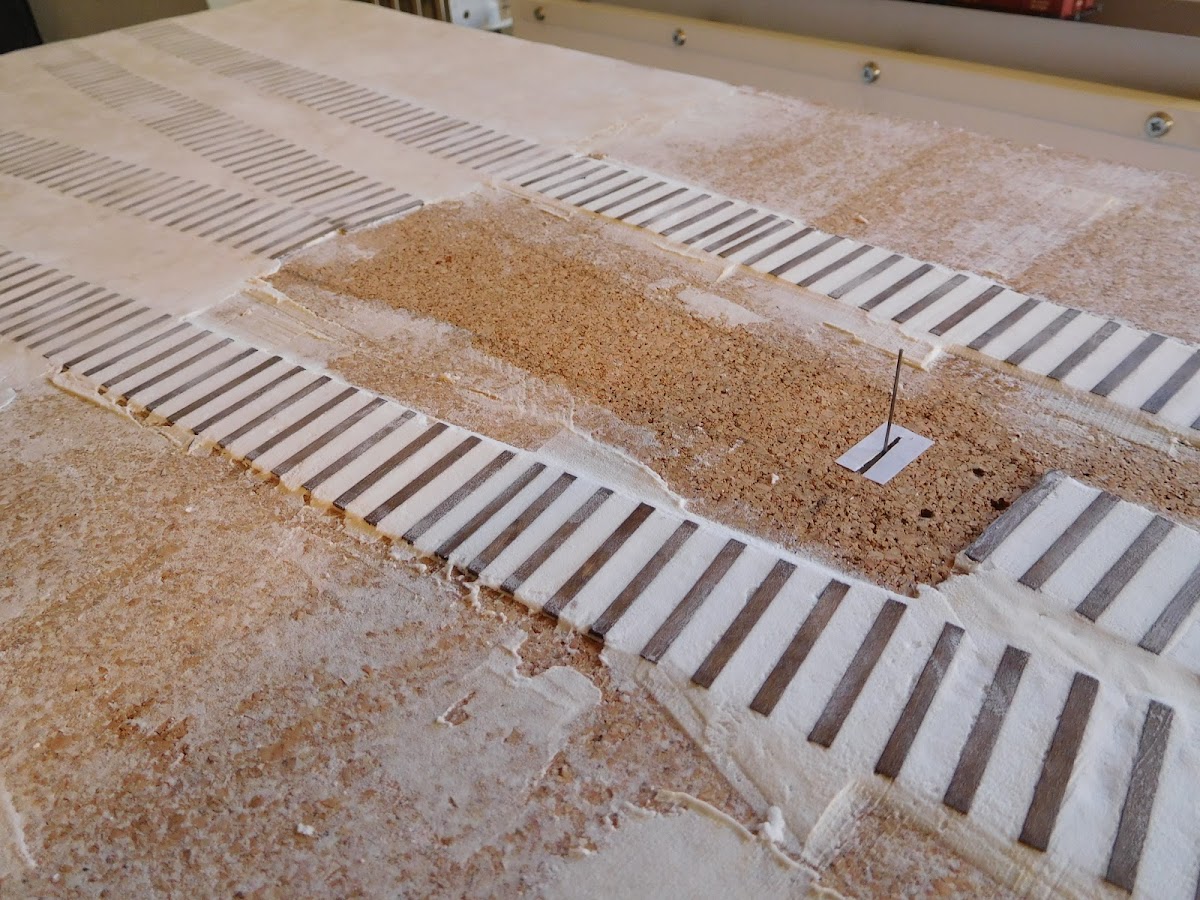 For the groundcover, I used the latest supersmooth, superlight, supertasty Polyfilla formula. This was built up in layers and sanded down in-between. The groundcover was taken up to the sleeper tops, as per many photos of GWR yards in the 1900s. I’m considering raising it even further in some places, eg just over the sleeper tops like here: http://www.warwickshirerailways.com/gwr/gwrhd692b.htm, or even higher like here: http://www.warwickshirerailways.com/gwr/gwrbsh1195.htm 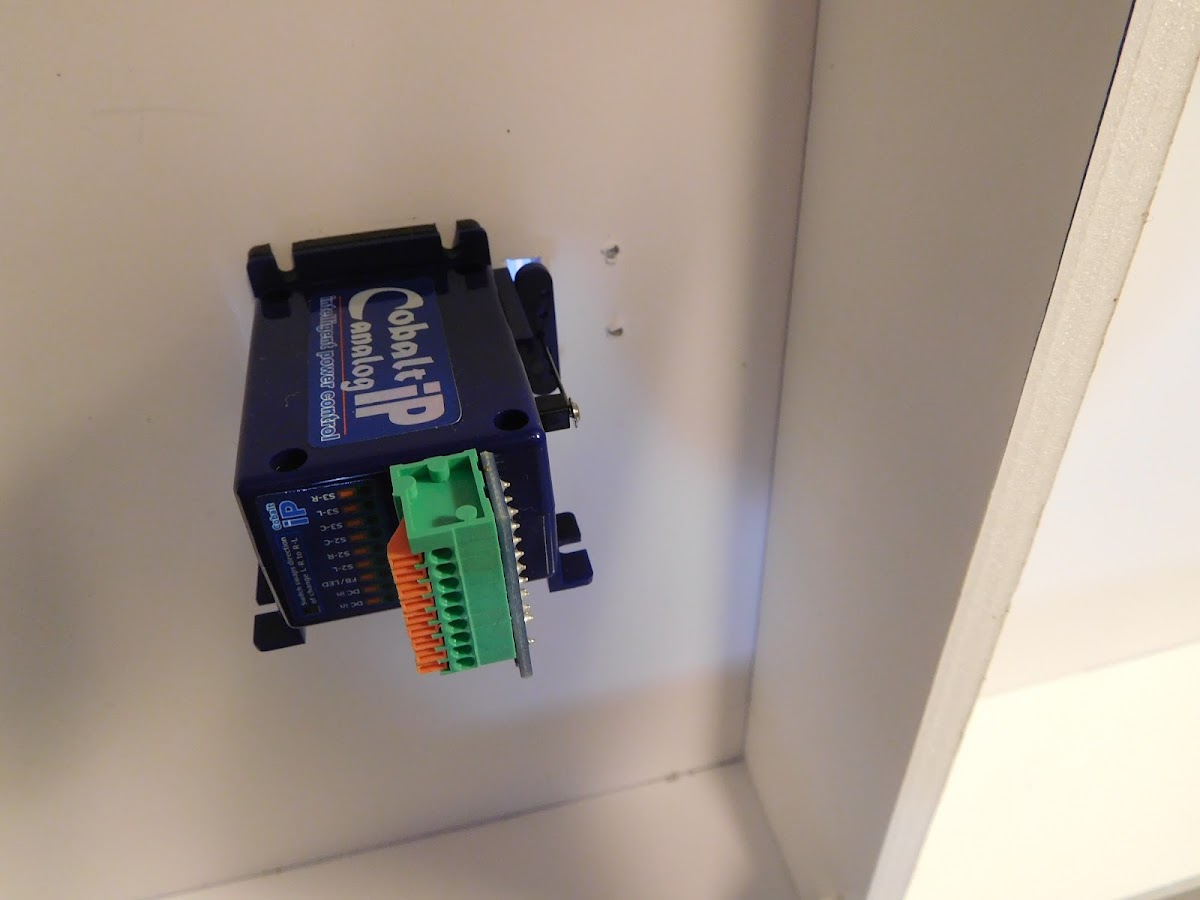 For point operation I’ve used Cobalt IP Analogs. Definitely over the top for a glorified shunting plank, but I wanted to see what slow action motors are like. They work well enough, although I find them a bit noisy – no doubt amplified by the foamboard. 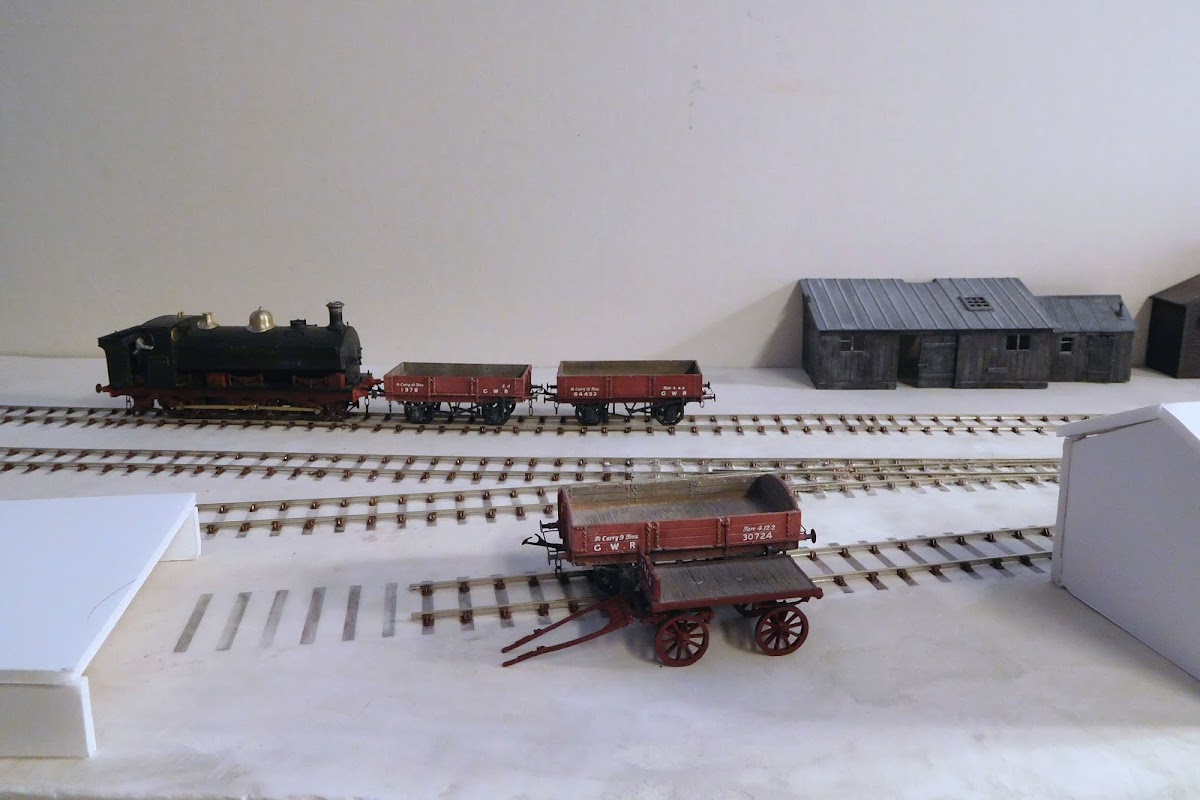 The next step is to add a few final details to the track, clean up the sleepers and paint the rails, and then I'll finally be able to start work on the buildings and structures, something I look forward to.

Finally here's a short video clip proving that the beast is alive – warts and all. I still need to tweak things a bit, but I’m quite happy with the way my wagons (built to very simple standards) and the RTR chassis move through John's 00-SF points.